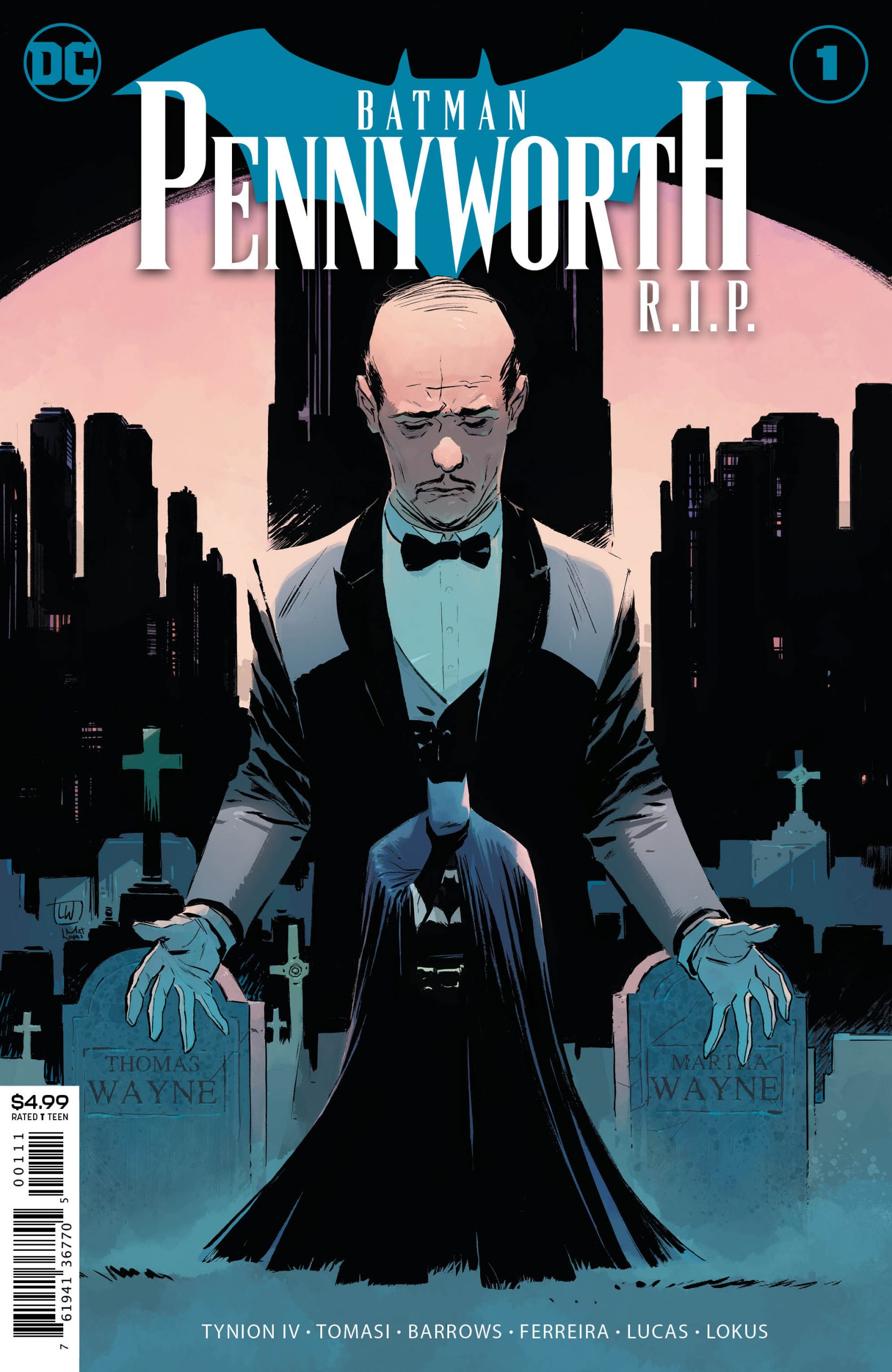 I still don’t want to believe it, but Alfred Pennyworth is dead, and I really felt his loss, even though he’s “just” a fictional character. In Batman: Pennyworth R.I.P. we get to see his family mourning him, and in ways I never expected.

The fact that this commemorative issue was written by James Tynion IV and Peter J, Tomasi, two of the premier Batman writers of today, and the gentlemen who currently hold the reigns of the two premiere Bat books, Batman and Detective Comics, shows that DC Comics are treating the loss of this wonderful character respectfully, and with all the love that Mr Pennyworth deserves. Alfred’s demise must count as the greatest loss in Batman’s life since the fateful night in Crime Alley that created the Dark Knight. 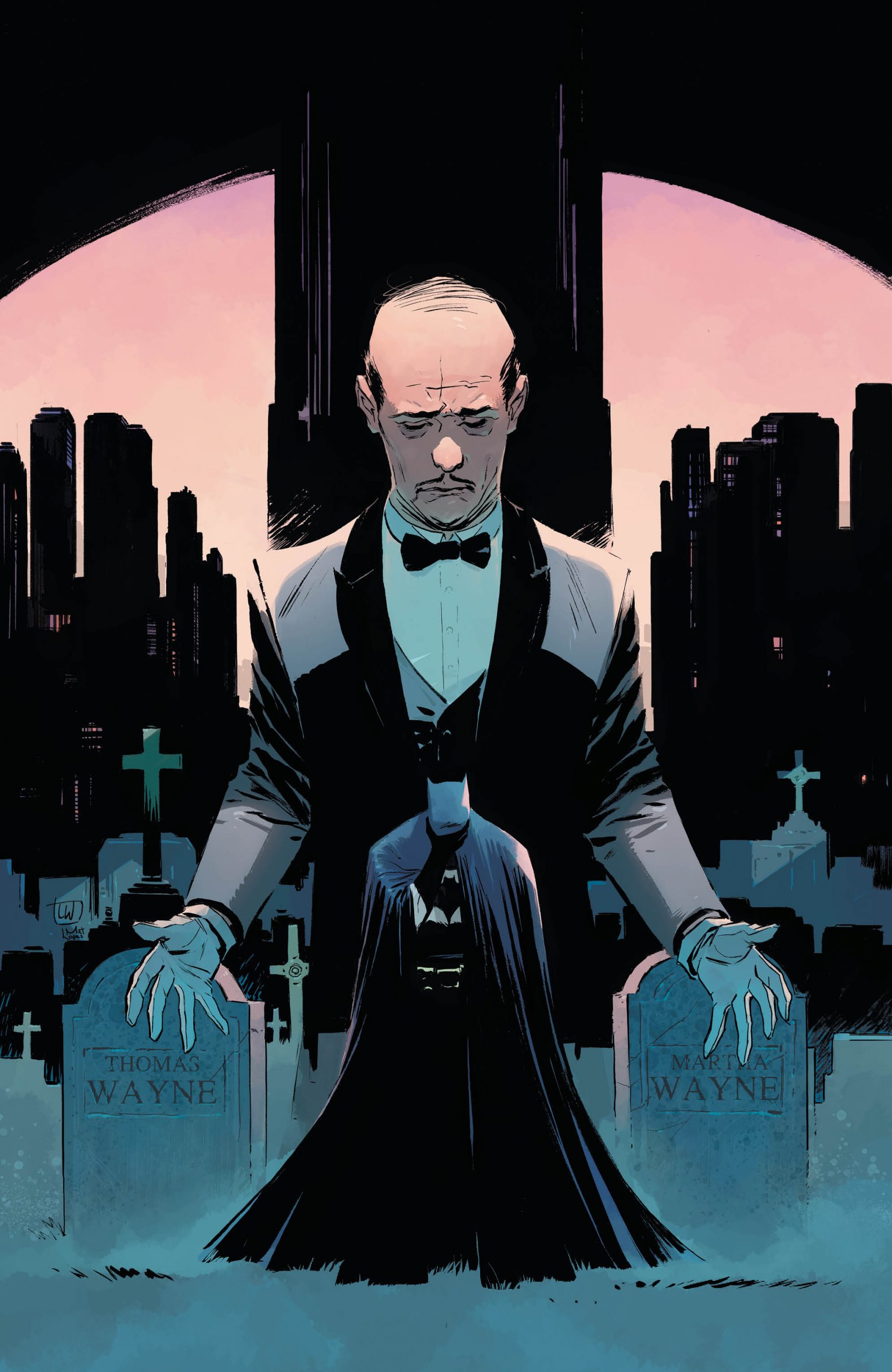 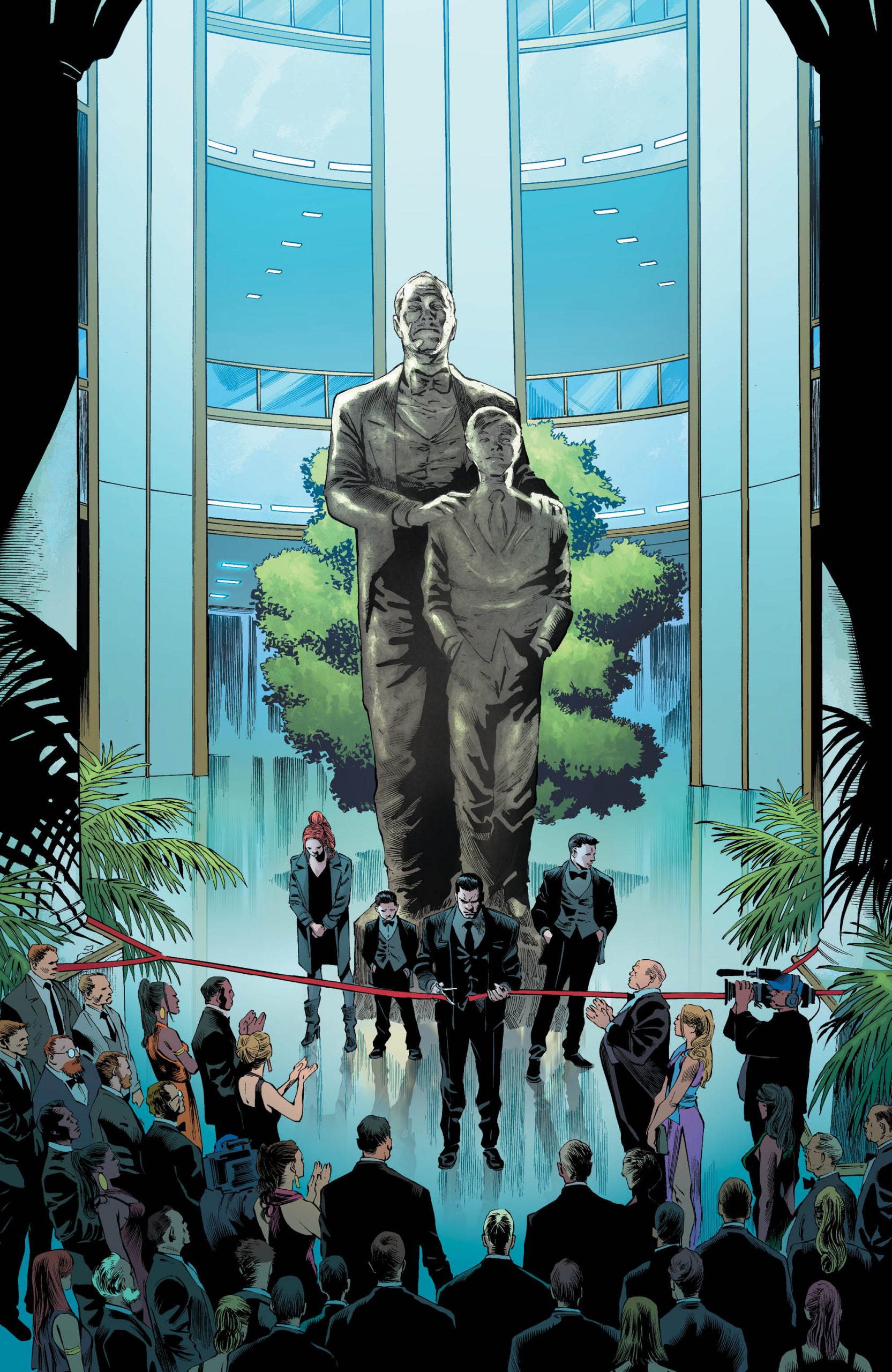 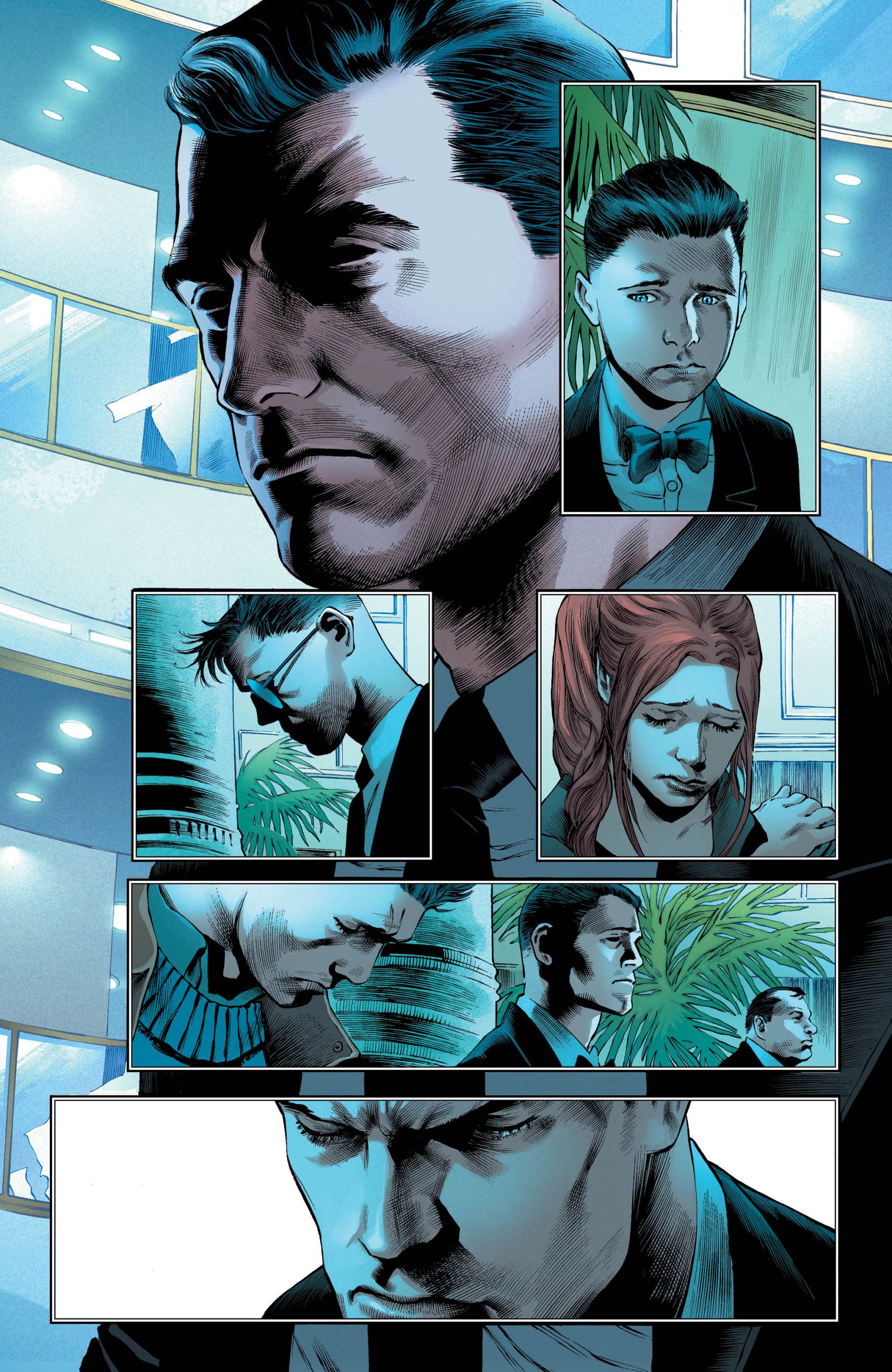 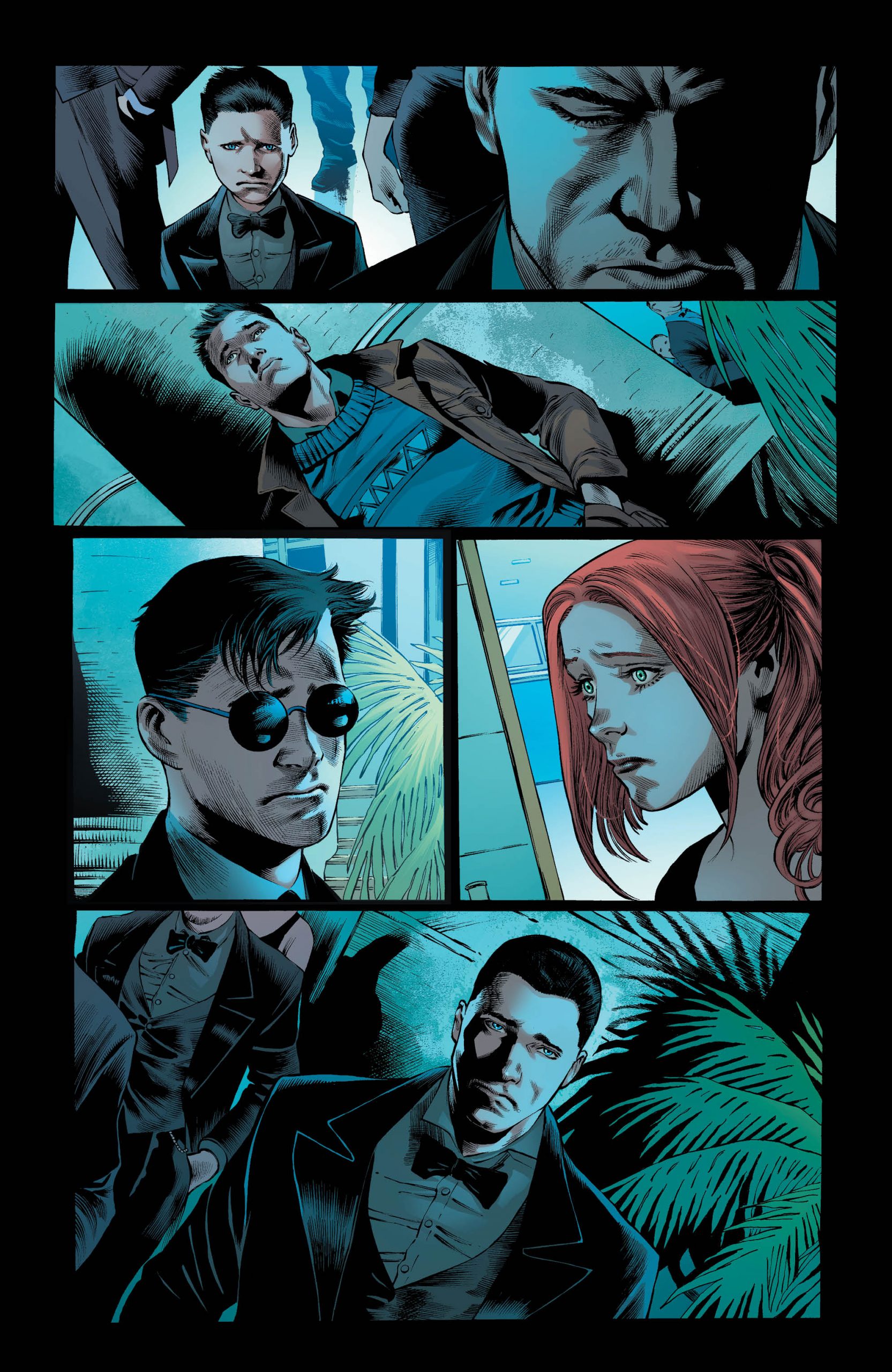 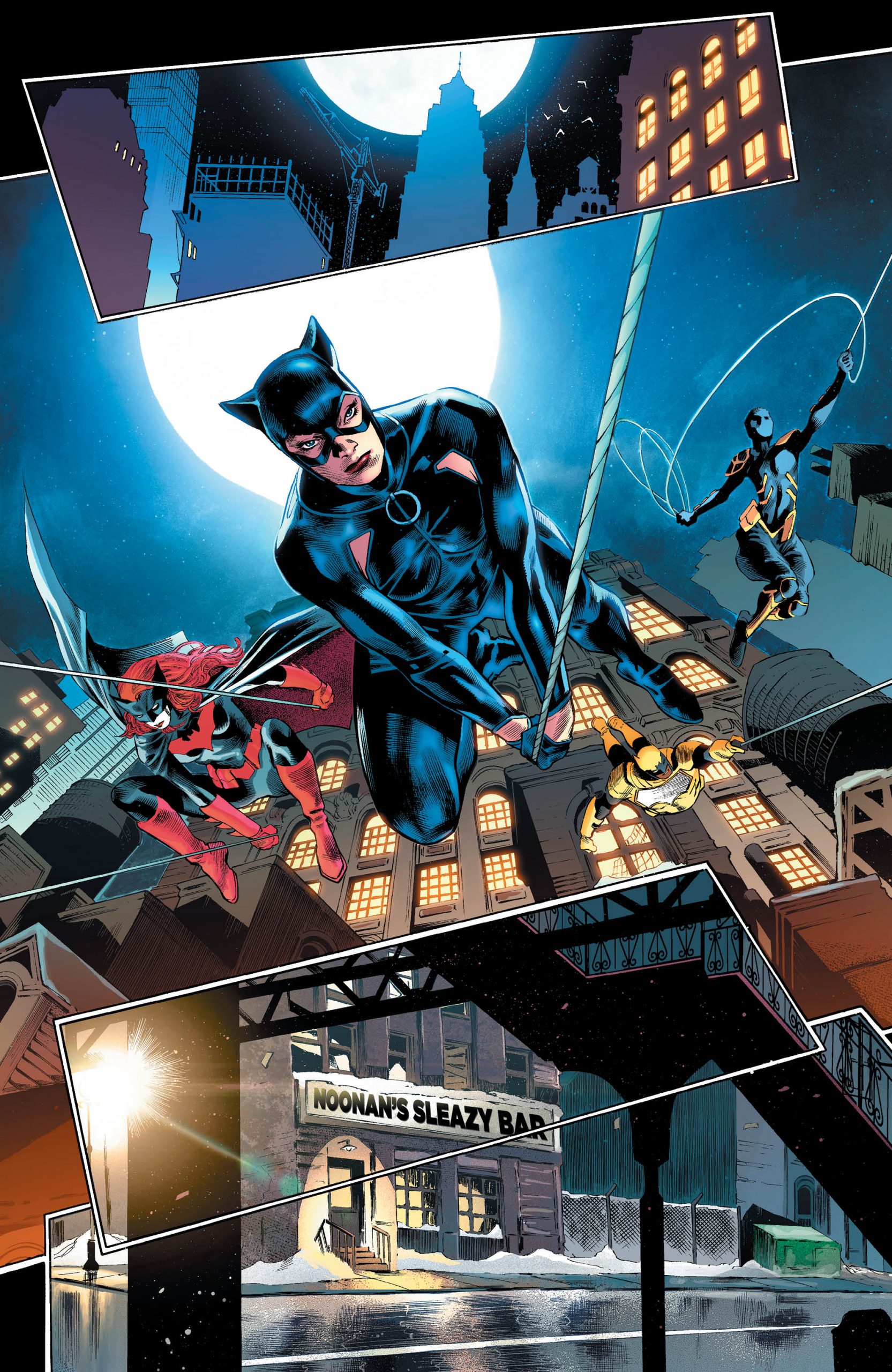 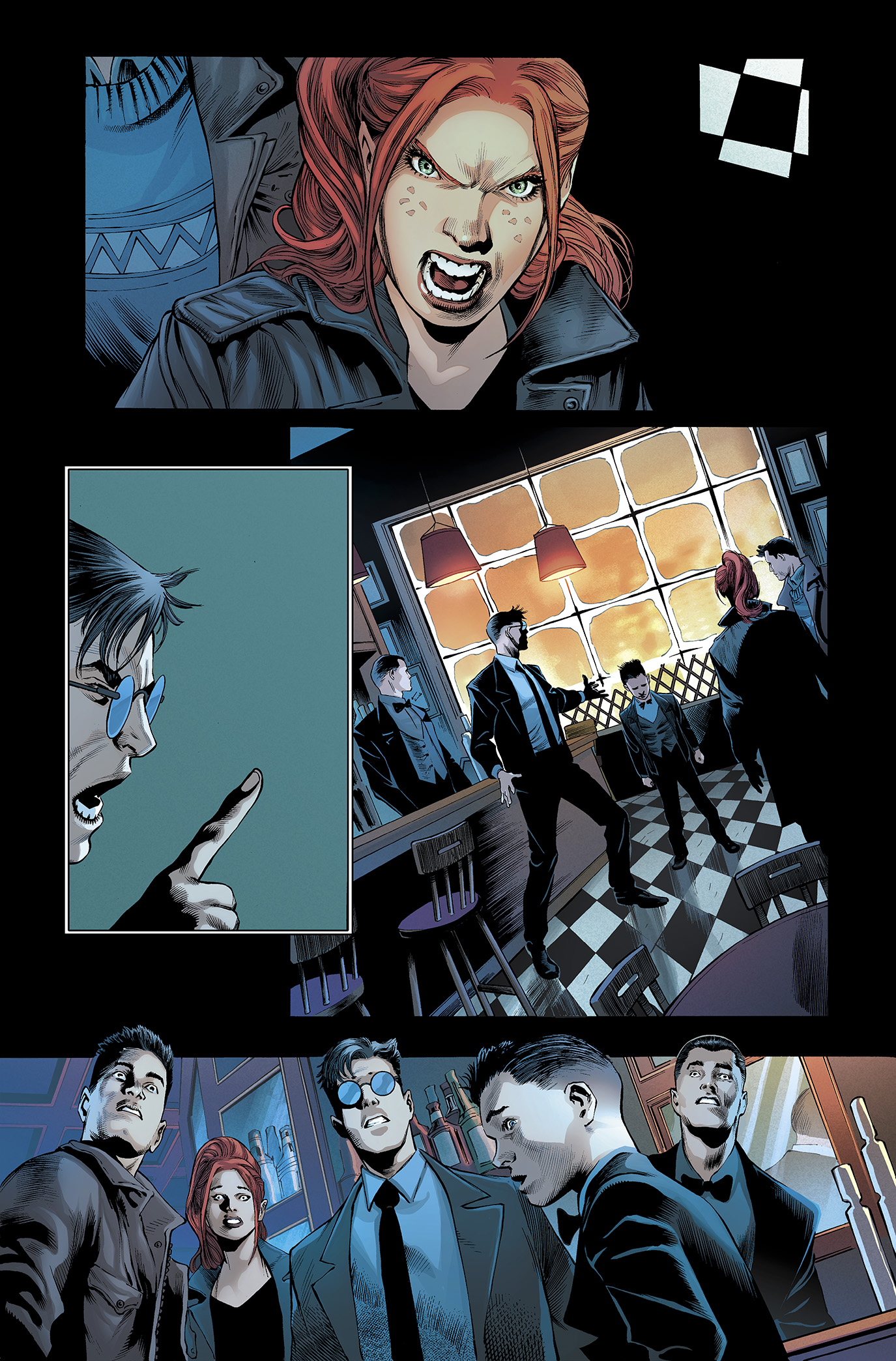 Eddy Barrows does a masterful job with the main framing sequence art in this issue: The funeral, the Bat Family united in grief and the intros/outros to each of the mourner’s memories of their fallen comrade. Alfred was a surrogate father to all of them, as well as the mother hen, and emotional support that countered, and tempered Bruce Wayne’s more disciplinarian approach.

Damian, Jason, Tim, Barbara and Ric (Dick) Grayson all share their favorite Alfred memories, and each one of them expresses the loss in their own unique ways.

I love the use of different artists, each with their own unique styles, for each of the memories. Seeing Chris Burnham drawing Damian Wayne again took me right back to his wonderful work with Grant Morrison in Batman Inc. For me his Damian ranks as one of the best, alongside Patrick Gleason’s, from Peter J. Tomasi’s New 52 Batman & Robin. His art here not only demonstrates how much love Damian had for Alfred, it also shows how much the character has grown, both in stature and in maturity, since his early days.

Past, Present and Future

Sumit Kumar already impressed the heck out of me with his debut Batman story in Detective Comics Annual #3, a couple of weeks back. His work here has done the same again. The ‘Tec annual is actually a perfect companion piece to this book, and I would love it if it were collected, alongside Tom Taylor’s “Father’s Day” from December 2019’s Batman Annual #3, in a deluxe hardback along with this issue. That would be the ultimate tribute to Mr. Pennyworth. 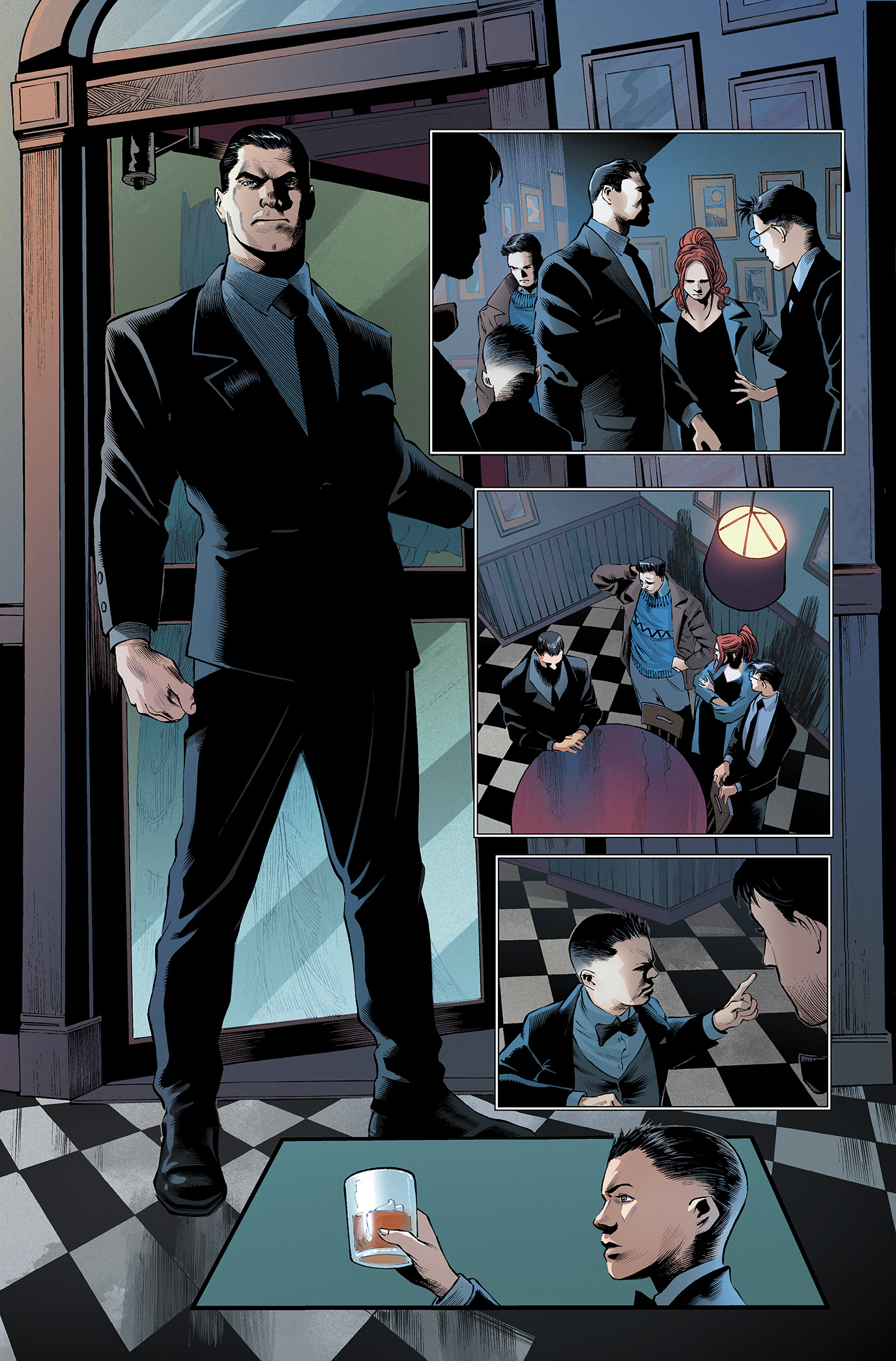 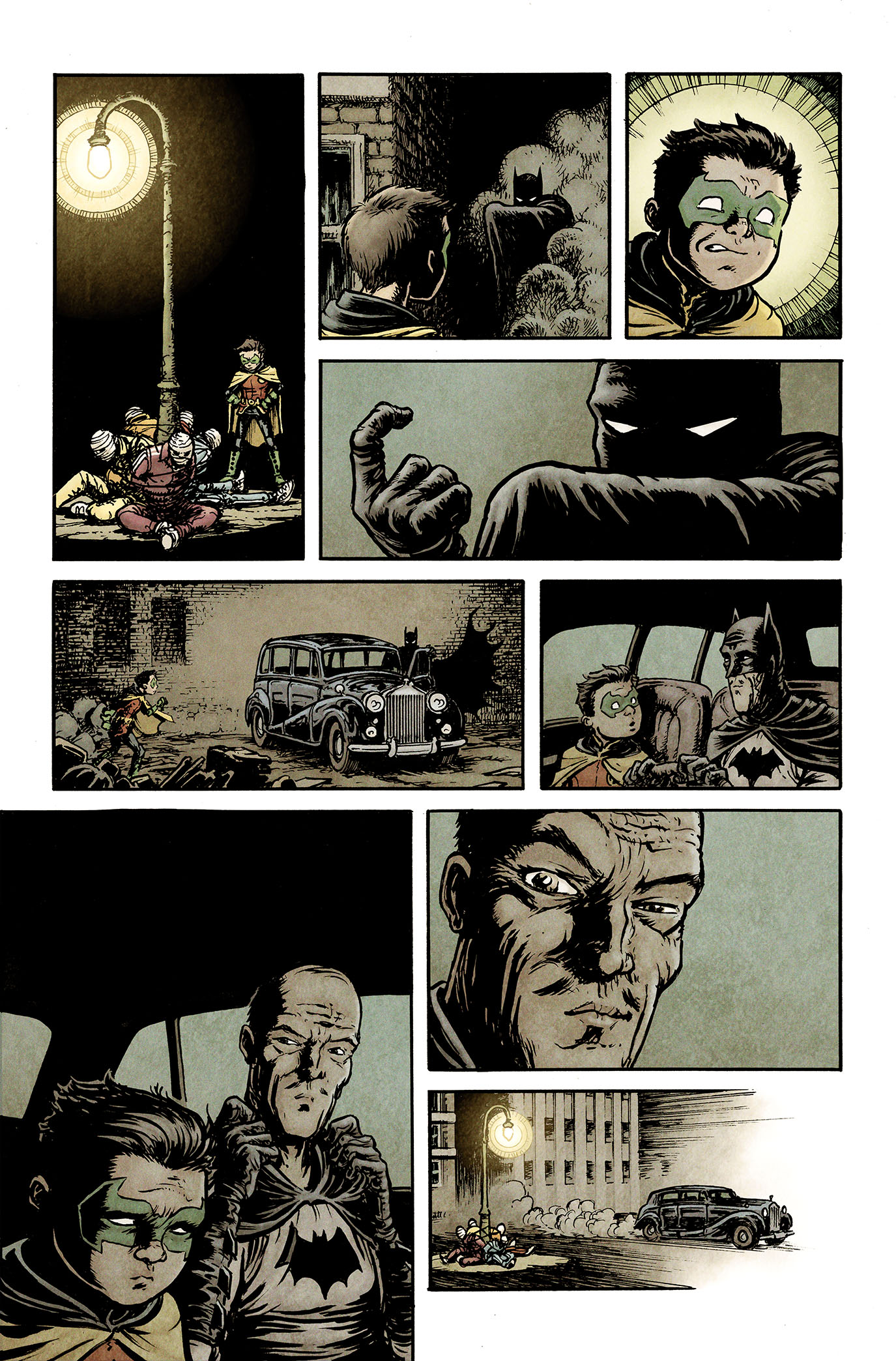 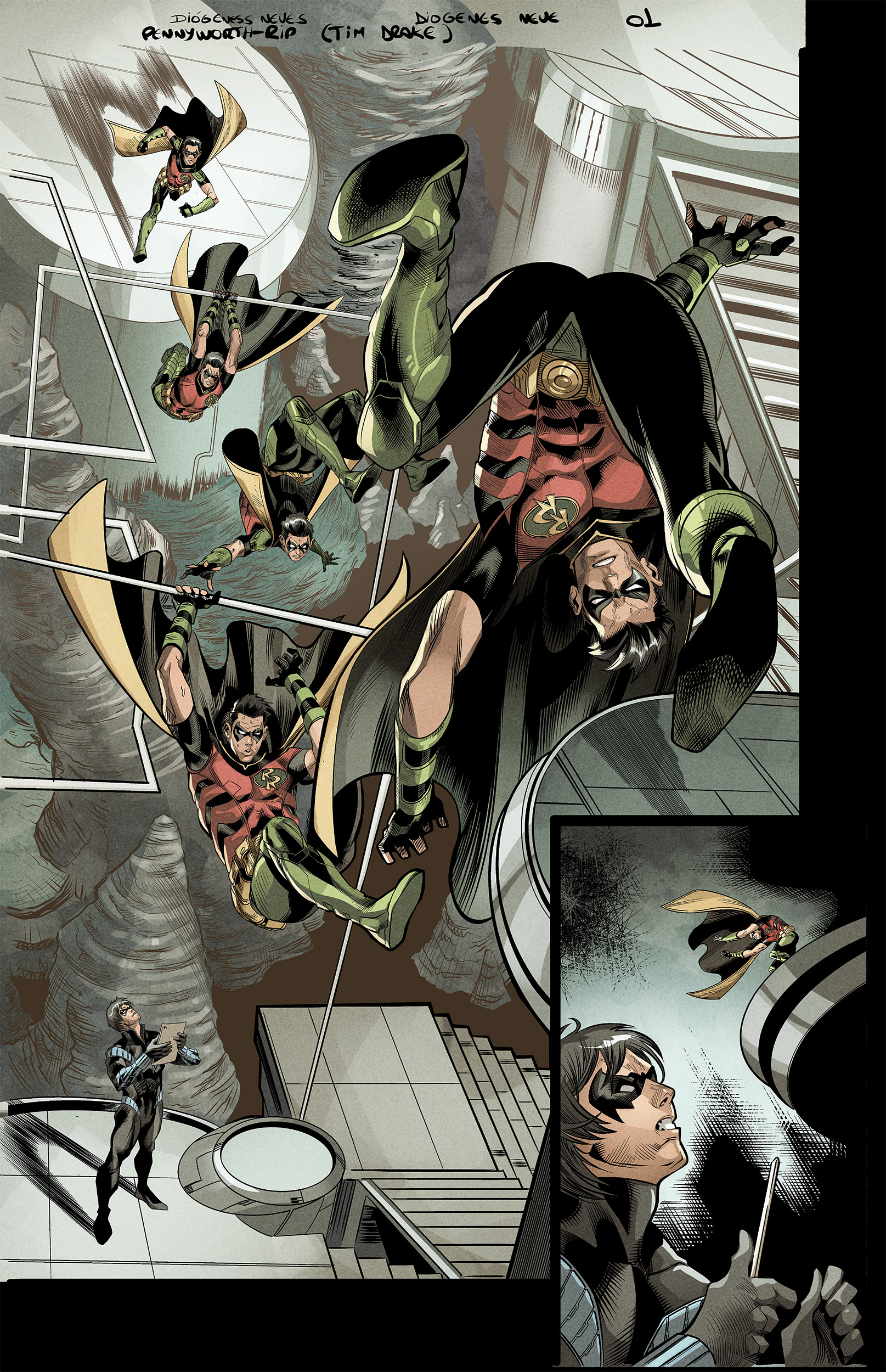 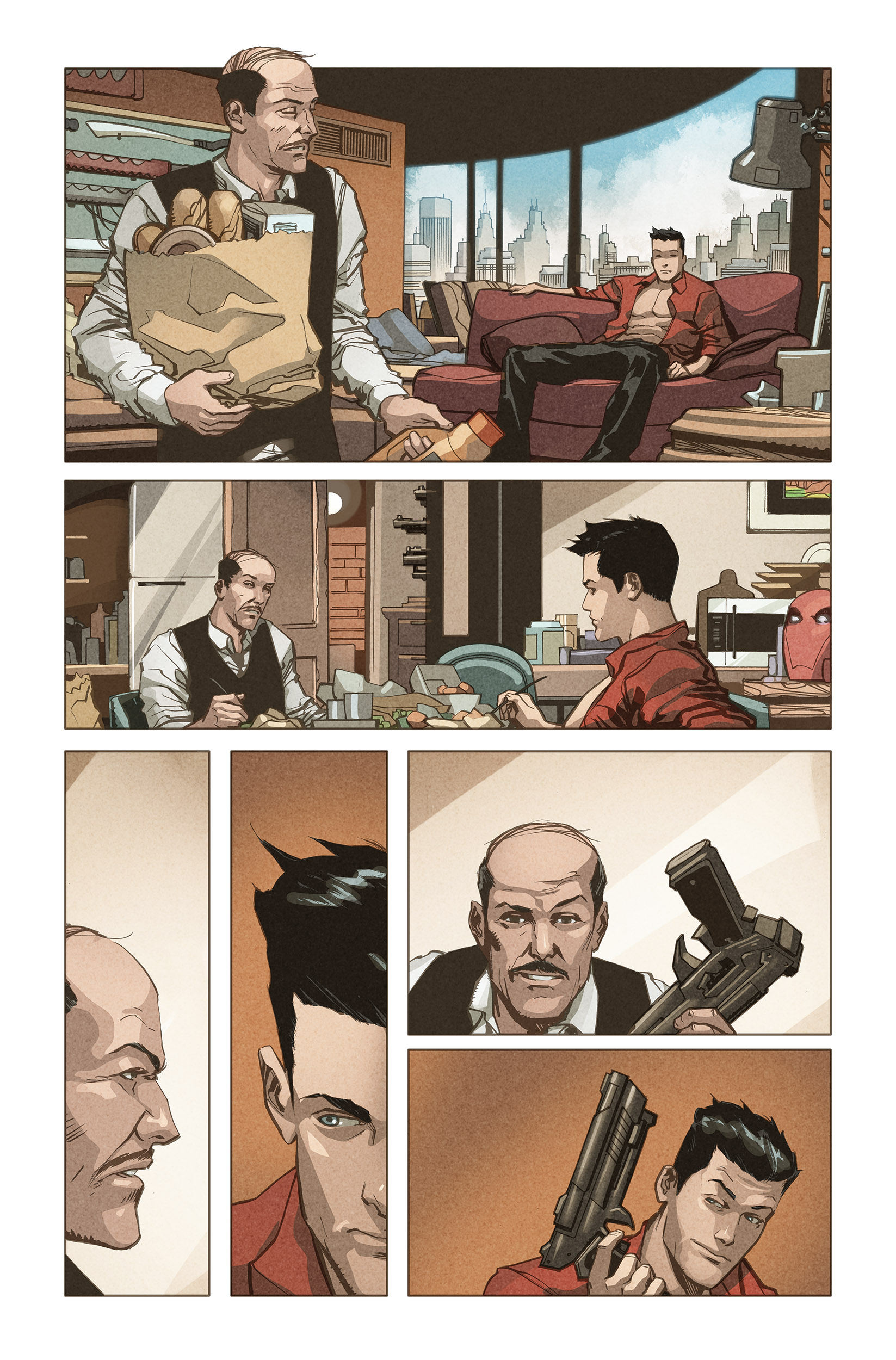 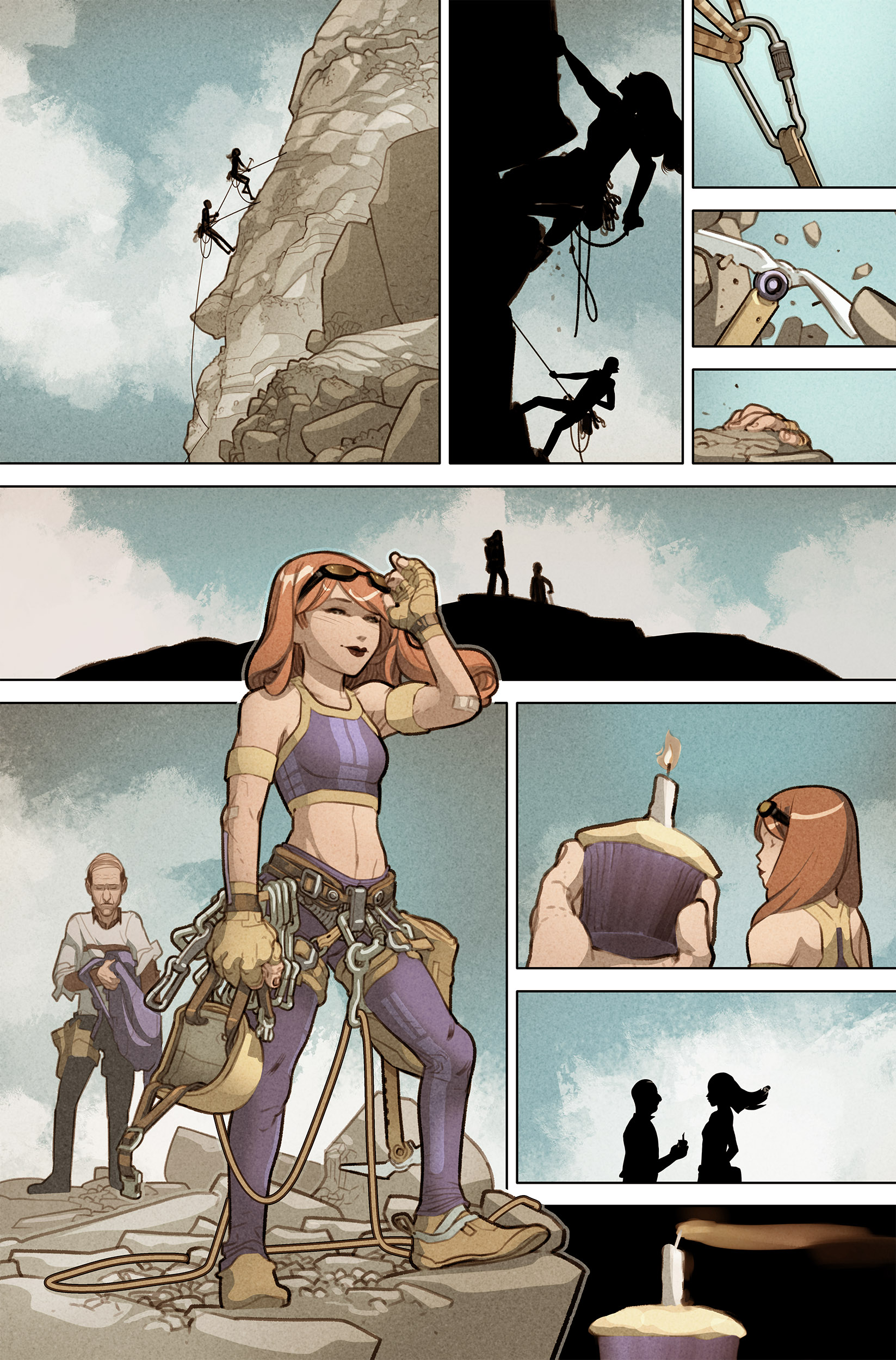 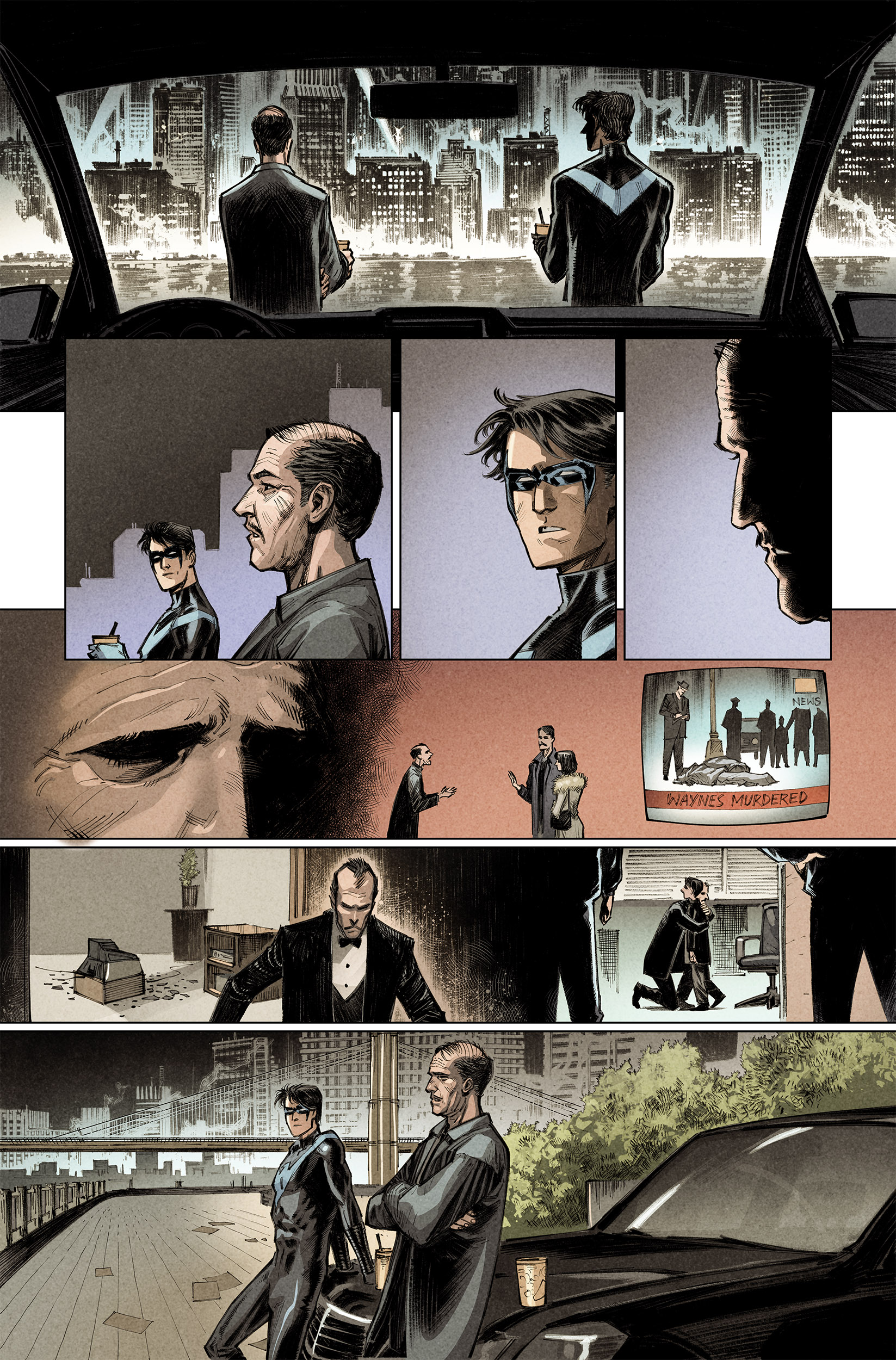 Seeing Chris Burnham, an already classic Batman artist, working alongside Sumit Kumar, someone who’s well on his way to becoming one, plus the wonderful work by Eddy Barrows, Eber Ferreira, Marcio Takara, Diogenes Neves and David Lafuente, color artists Adriano Lucas, Rex Lokus and Nathan Fairbairn and captains of calligraphy Travis Lanham and Tom Napolitano, make this a comic that spans a multitude of styles and a great many years… much like these characters have, and always will.

Nightwing’s own memories being recounted to him by Bruce broke my heart. Barbara’s rage really surprised me. Tim’s strength and resolve has always impressed, and Jason opening up, instead of just raging out was very welcome. All these emotions were beautifully handled, with each character expressing their grief in realistic ways that suited what we know of them, even if said reactions weren’t the ones I expected.

This story was crafted by people who not only understand these characters, but who love them every bit as much as we do.

Batman: Pennyworth R.I.P. is a fitting tribute to one of my favorite comic-book characters of all time. My only issue with the book is that, in some ways, I wish it didn’t exist. I don’t want Alfred to be dead.

Who would’ve thought that a comic could mirror real life so perfectly? Denial is one of the many stages of grief, and eventually acceptance will come. A part of me will always hold out hope that we’ll see Alfred again, because – as they say – this is a comic, where death is rarely permanent…