We Didn’t See That Coming!

An Easter egg in Batman v Superman: Dawn of Justice implied that Robin was already dead in the DC Extended Universe. Thanks to director Zack Snyder, we now know exactly which Robin met his demise at the hands of the Joker.

Answering fan questions on Vero, Snyder confirmed that Dick Grayson died prior to the events of Dawn of Justice, and that it’s his his suit that hangs in the Batcave. This clears up earlier comments from Suicide Squad director David Ayer, who gave the impression that Jason Todd was dead.

Snyder has also revealed that he had plans to hint to Grayson’s death in Justice League. It remains unclear if he is referring to Justice League that was released by Warner Bros. or his cancelled Justice League Part 2.

While We Wait For The “Snyder Cut“

Created by writer Bill Finger and artist Bob Kane, Dick Grayson first appeared as Robin in Detective Comics #38 in April 1940. He would eventually outgrow that persona in July 1984, to become Nightwing in Tales of the Teen Titans #44. 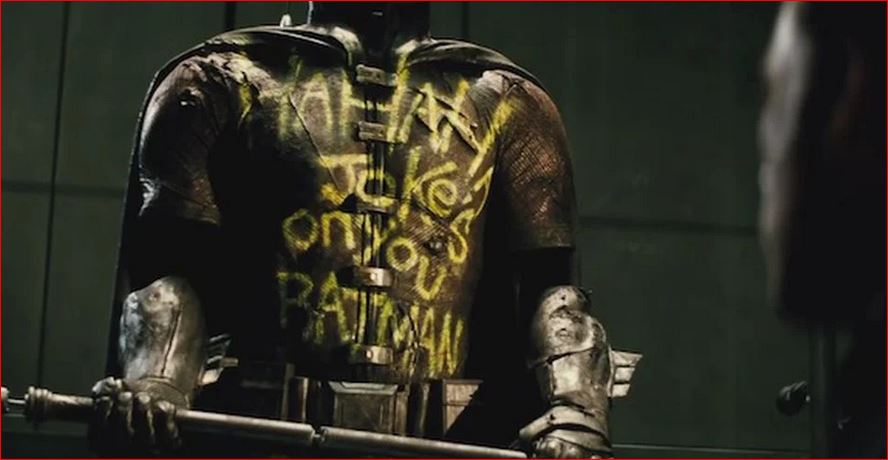 This is pretty big news n regards to canon provided in the comics.  We all expected this was a Jason Todd death, but to reveal it was Dick Grayson.  Perhaps that seals the deal on future Robins in terms of casting or any future projects.  But there is that photo of Carrie Kelley welding a machine gun in the Snyder Cut…..

Let us know what you think.  This entire “Snyder Cut” is going to rock the DC Universe.