Dark Nights: Death Metal debuted with a killer first issue, and now, just to build the hype, a new rockin’ music video trailer has hit the airwaves… with a full soundtrack coming too!

Bang your heads to this news, Bat-Fans!

Get ready for the earth-shattering encore! The legendary team behind Dark Nights: Metal and Batman: Last Knight on Earth take center stage and reunite for one last tour. When the Earth is enveloped by the Dark Multiverse, the Justice League is at the mercy of the Batman Who Laughs. Humanity struggles to survive in a hellish landscape twisted beyond recognition, while Batman, Wonder Woman, and Superman have all been separated and fight to survive. Unleash the beast and let the head banging begin! 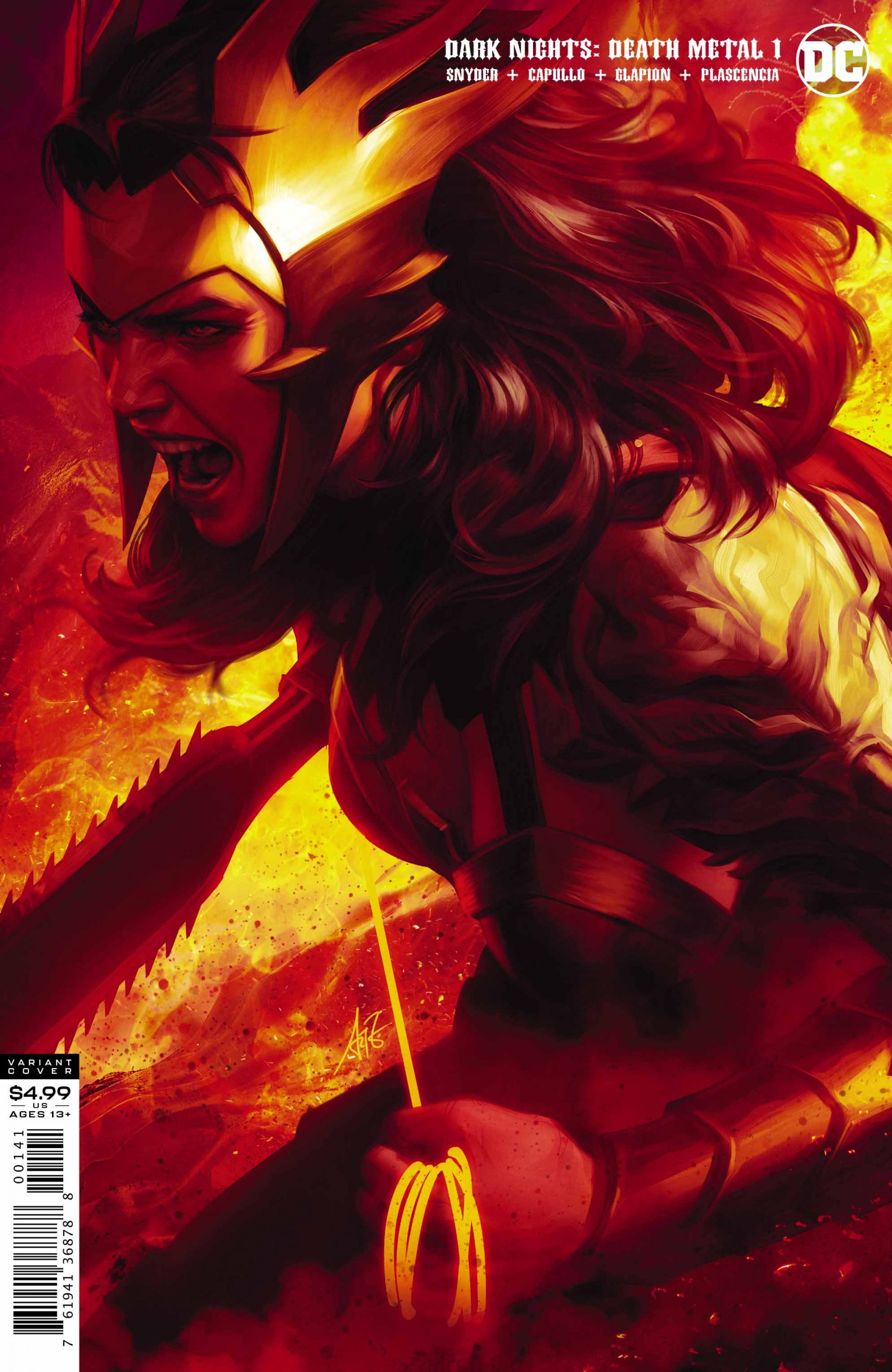 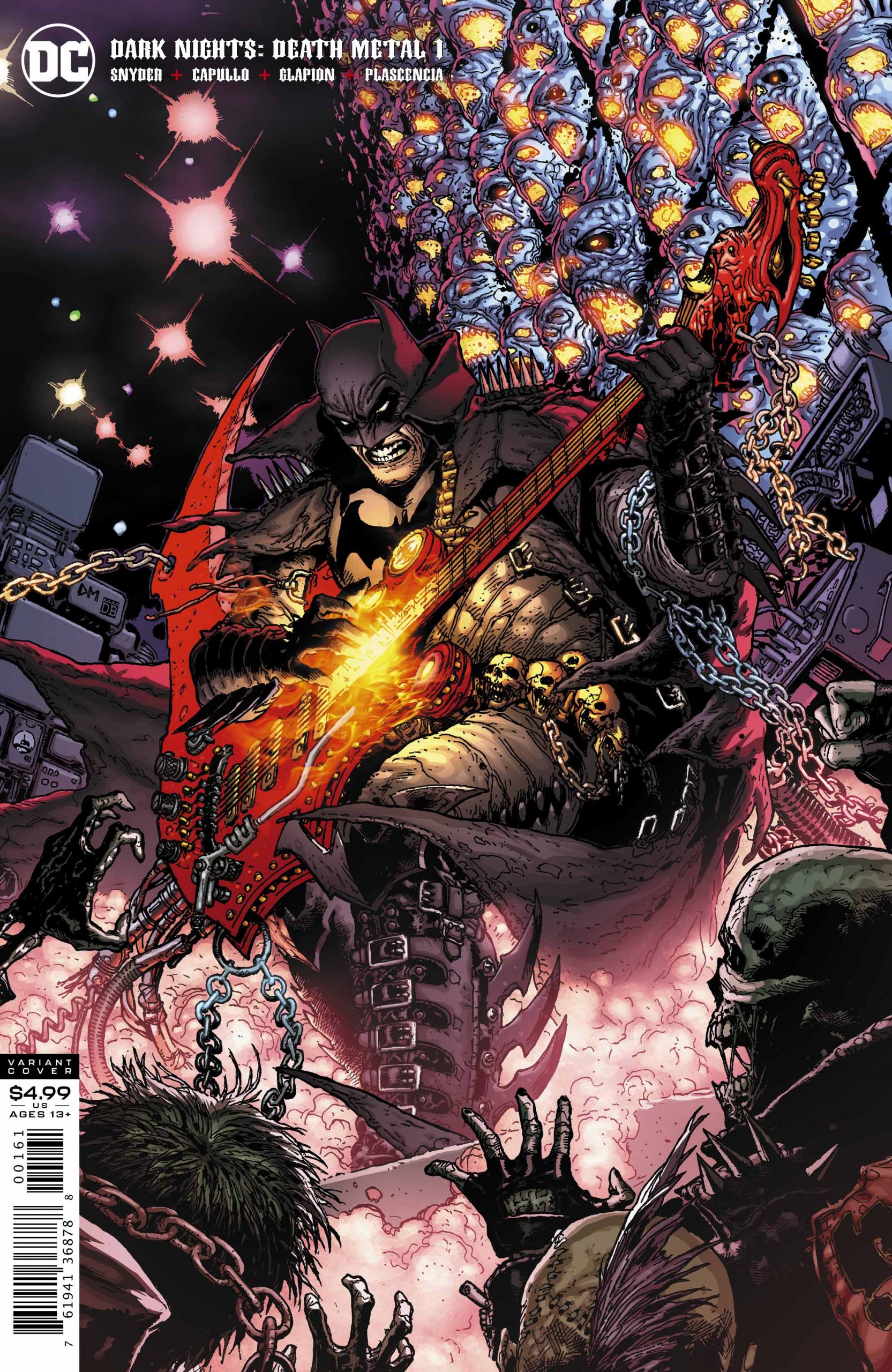 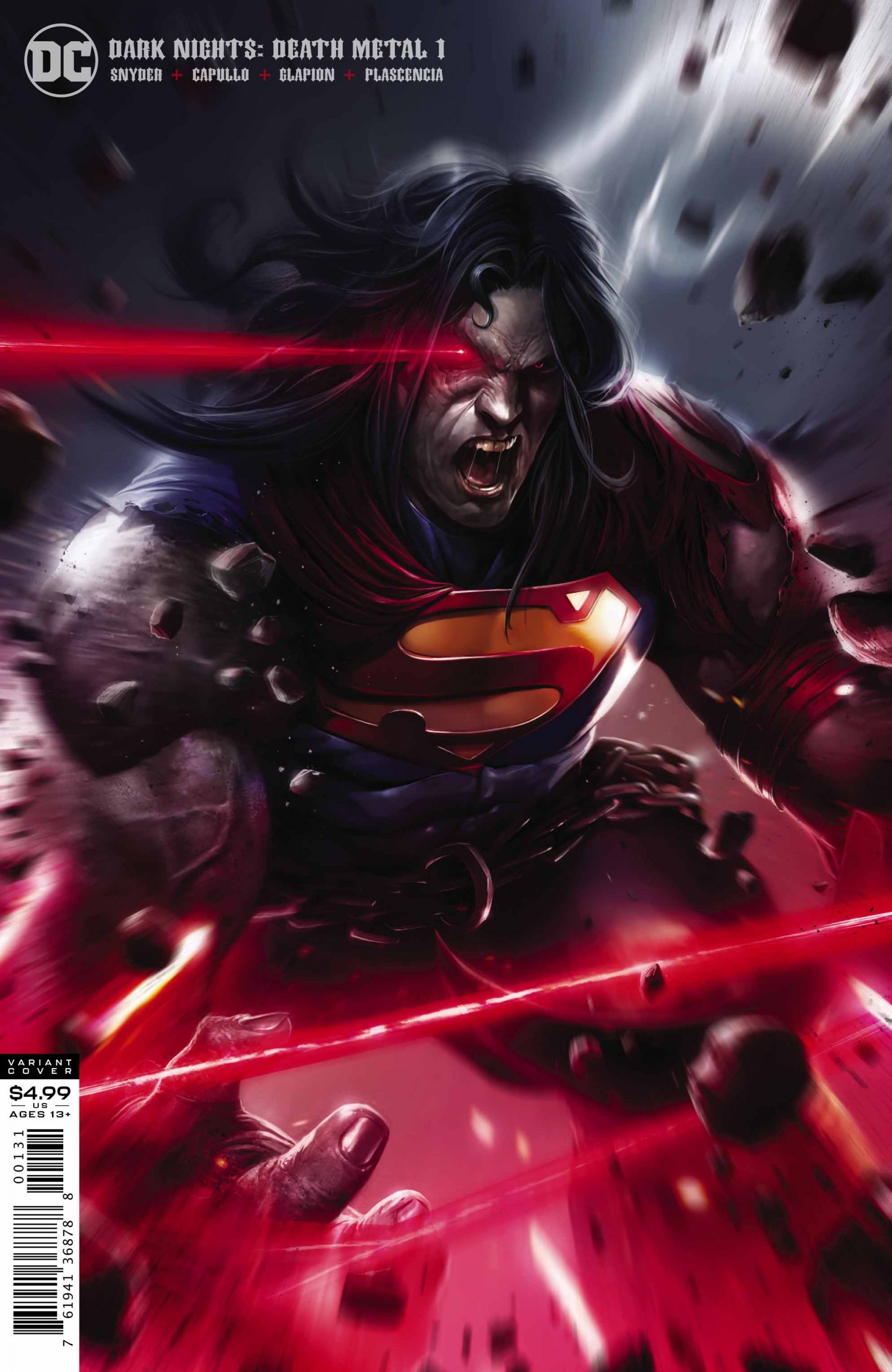 For more information on the World’s Greatest Super Heroes, visit www.dccomics.com,  the DC YouTube channel, or follow @DCComics and @TheDCNation on social media.

Find out about the soundtrack featuring “Warship My Wreck” by Marilyn Manson from Loma Vista at https://www.DCDeathMetal.world.

How awesome is this news? Fans of comic-books and rock can now have a double celebration. What could be cooler than reading your comics with some kick-ass metal playing in the background? If you live somewhere warm, fire up the coals, flip some burgers, read Death Metal in the sunshine, and pump up the volume!