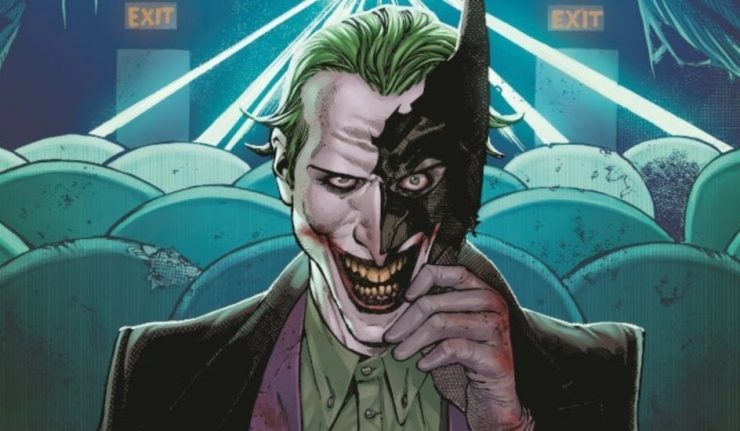 The Joker War is coming. Every new Batman issue will be revealing something bigger and more exciting to come in this epic new storyline. We have been sent a preview of Batman #93 that will dive further into the Designer’s plan, as well as give us the ending of the initial counter between Harley Quinn and Punchline.

Batman #93, featuring the shocking end to the initial encounter between Punchline and Harley Quinn, is from the creative team of writer James Tynion IV and artists Guillem March, Javier Fernandez, Tomeu Morey and David Baron. And that fight is truly shocking! DC has a first look at just how exacting Punchline can be with her blades. 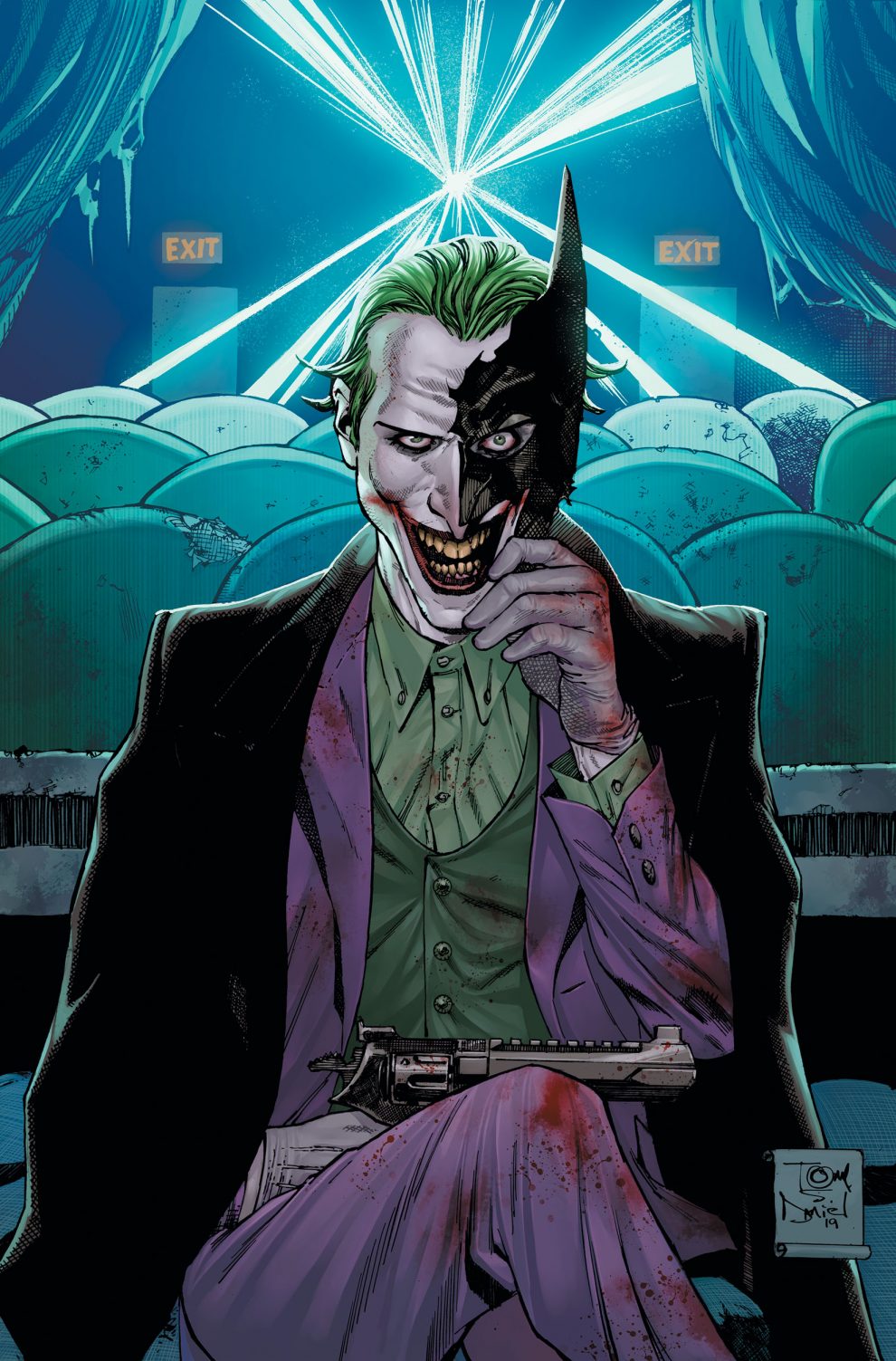 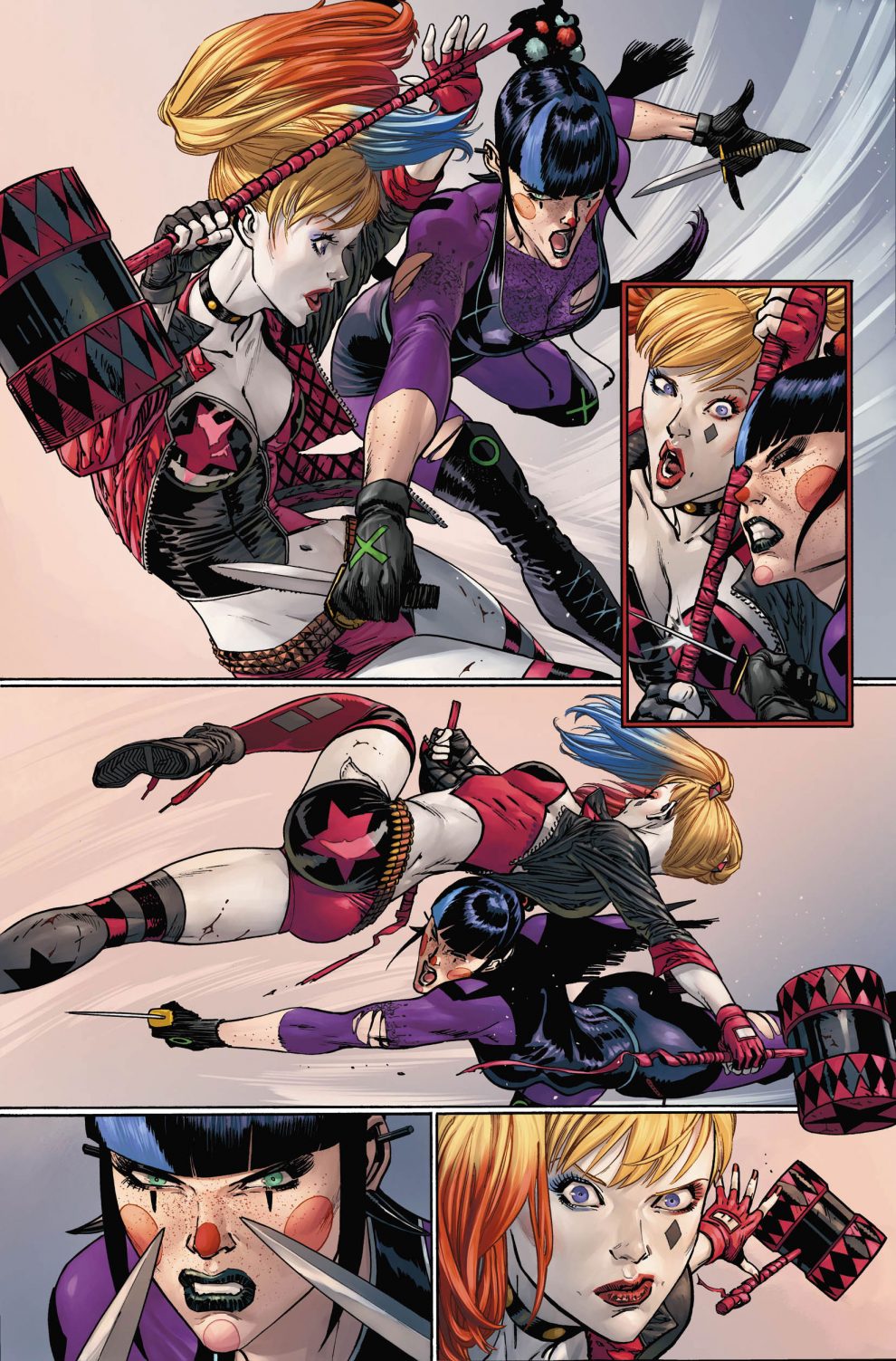 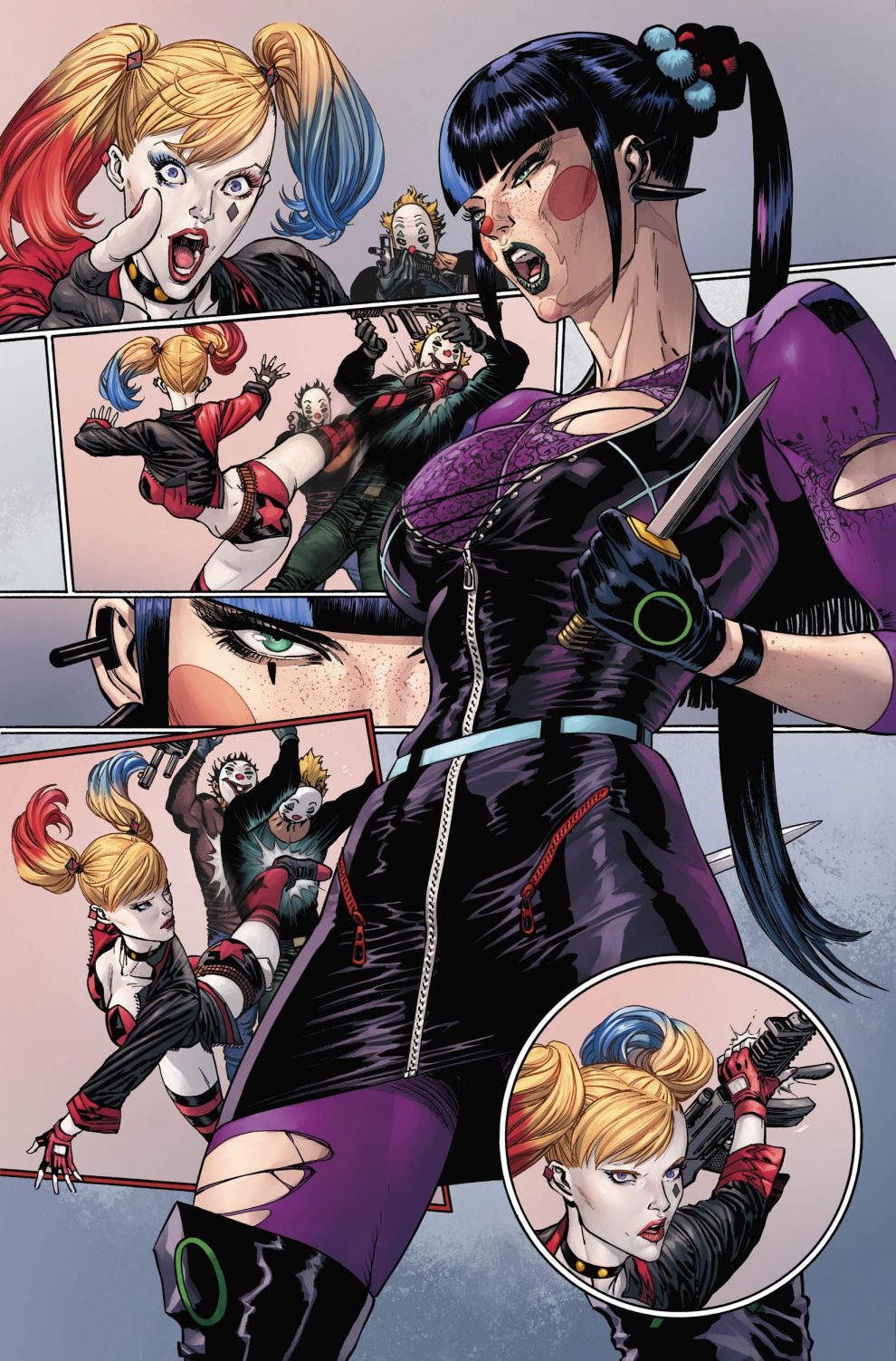 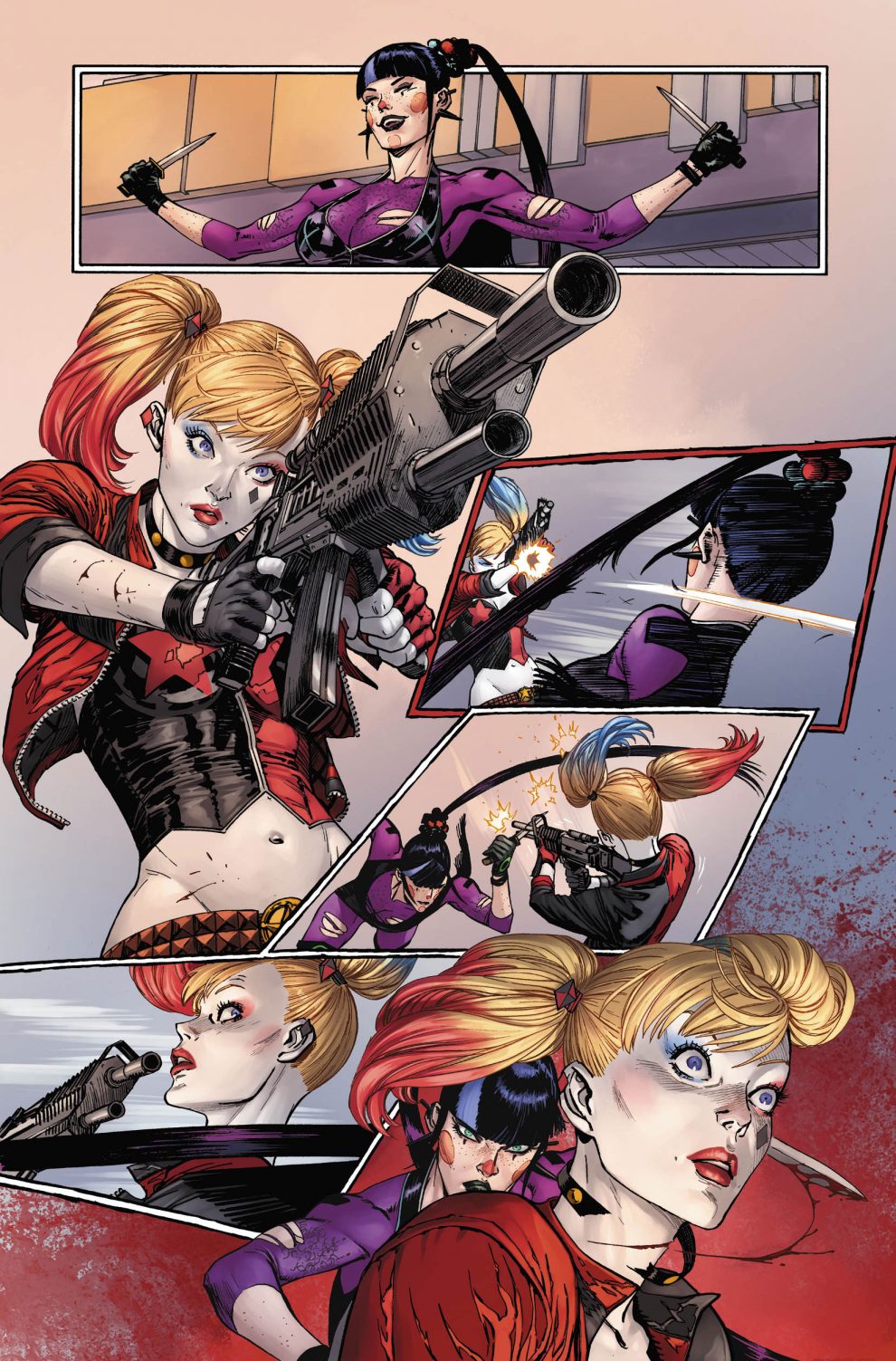 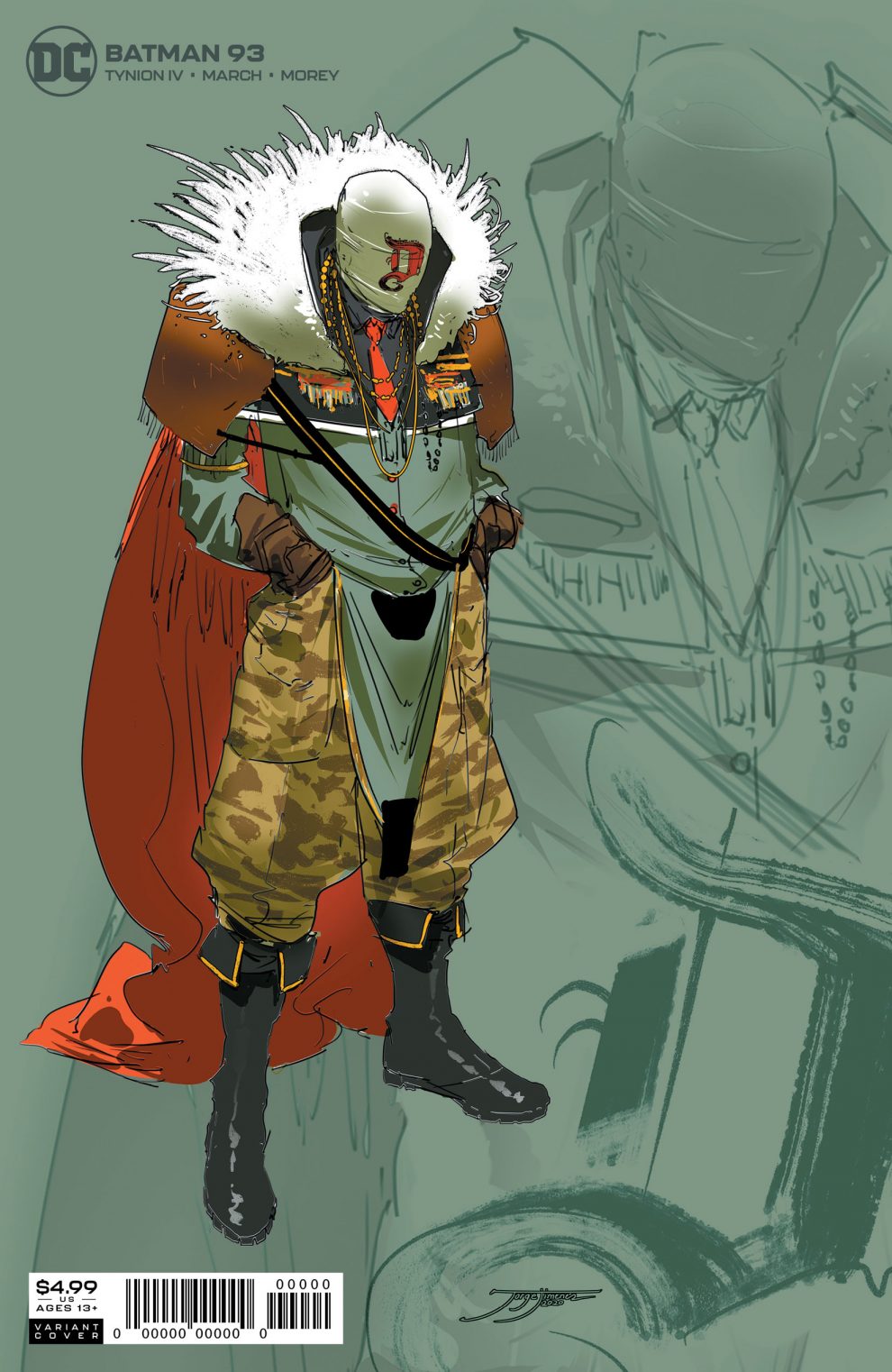 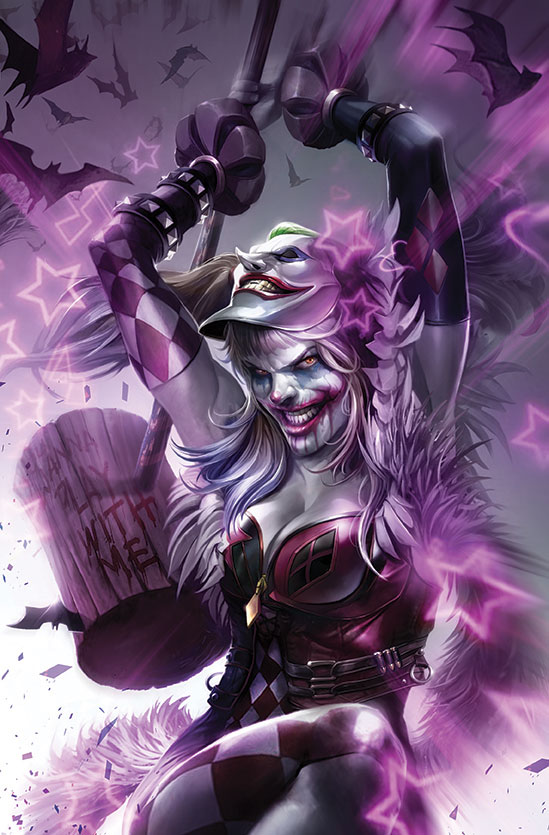 And it’s more than Punchline punching and Harley Quinn pounding back! Batman faces off with the Designer as “Their Dark Designs” reaches its epic climax! In the last year, Batman has lost more than he could have imagined, and now he faces a cost so dear it will change the course of his life. And there is worse on the horizon. In the midst of all the horror, he can feel the drumbeat of battle. “The Joker War” is coming, and Gotham City will never be the same.

Batman #93, on-sale April 15, has a main cover by Tony S. Daniel and an open-order variant cover by Francesco Mattina. DC has also added a Batman #93 variant cover spotlighting Jorge Jimenez’s art of the Designer, the central antagonist of “Their Dark Designs.”

What have you thought of the lead up to The Joker War? Are you enjoying Punchline? Let us know!