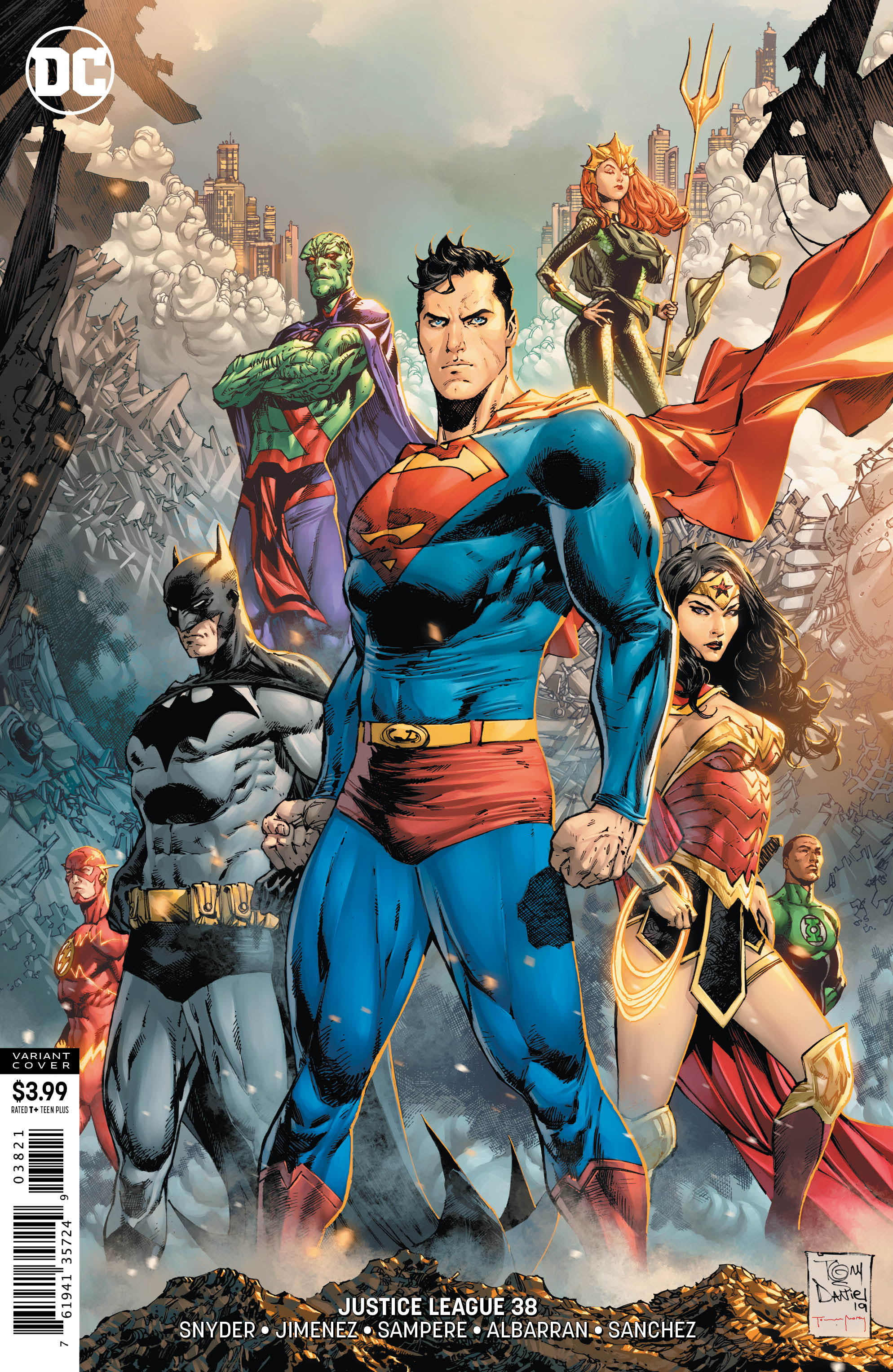 Things get personal in this week’s jaw-dropping Justice League #38, as Lex Luthor goes toe-to-toe with the entire League.

In the face of certain doom, the Justice League mounts their final stand. They’ve managed to shift the tide a bit, as they channel the psychic energies of Shayne and Miss Martian, turning the Doom Signal in the sky to a Justice Symbol. Nevertheless, the League faces an uphill battle, as Luthor’s strength is derived from the almighty Perpetua.

Despite their best efforts, our heroes cannot win in a physical confrontation against Luthor. Batman, Superman, Wonder Woman, The Flash, and Green Lantern all try their hardest to subdue the newly powered Apex Predator, but they fail as individuals. However, when the Trinity launches a coordinated attack, they manage to pummel the villain, forcing Perpetua to intervene on his behalf.

Snyder Will Force the Tears Out of Your Skull

Snyder’s script is strong. Much of it revolves around various combat sequences that are incredibly fun to read. Nevertheless, what makes this script absolutely incredible is its pathos. The end sequence is an absolute tear-jerker that will also make readers want to pump their fists in the air. This is an absolutely brilliant ending, one that Snyder and his team have obviously been building towards since Justice League #16. The last few pages set the stage for what should be a fantastic final issue for this legendary run. 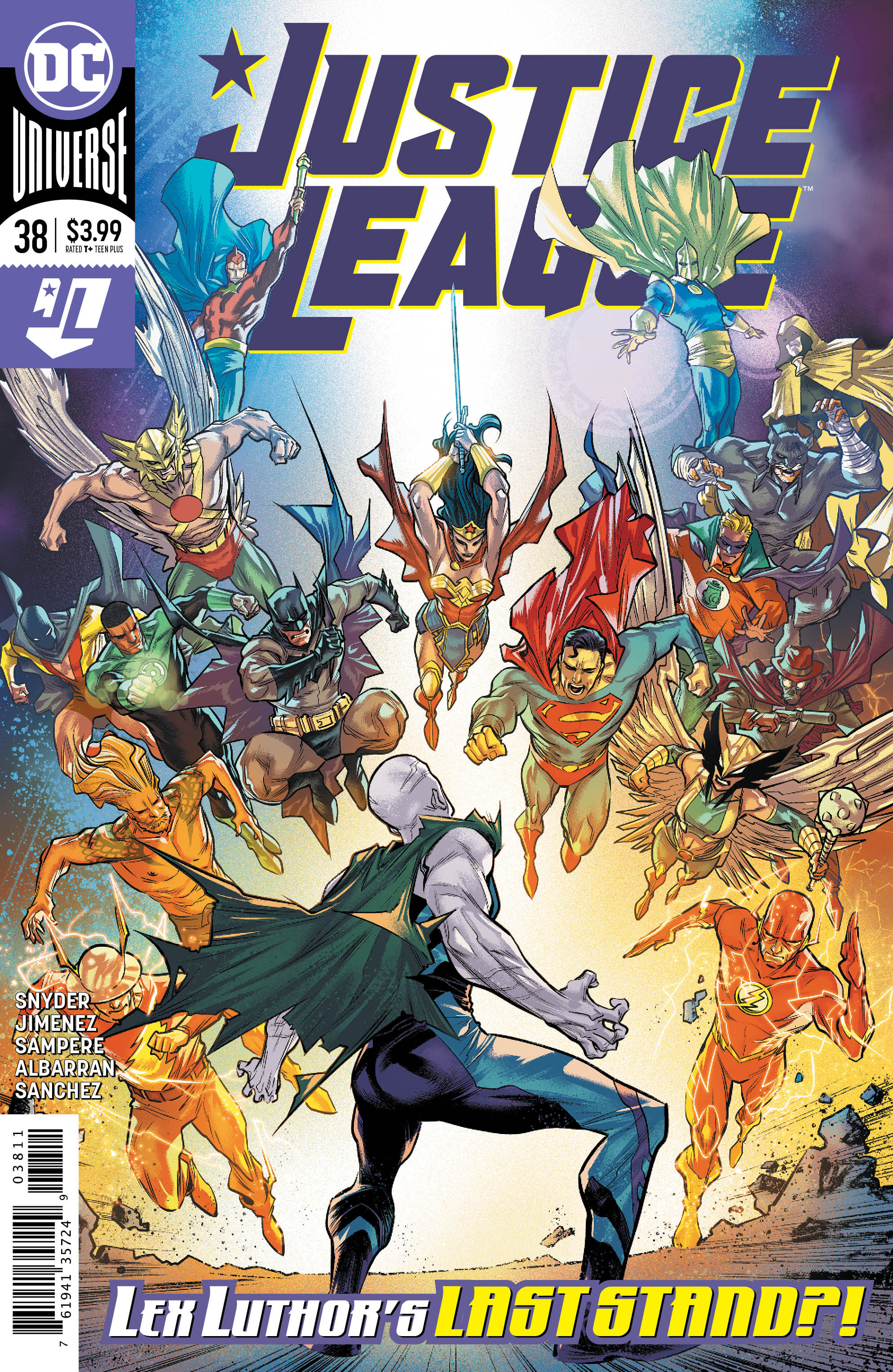 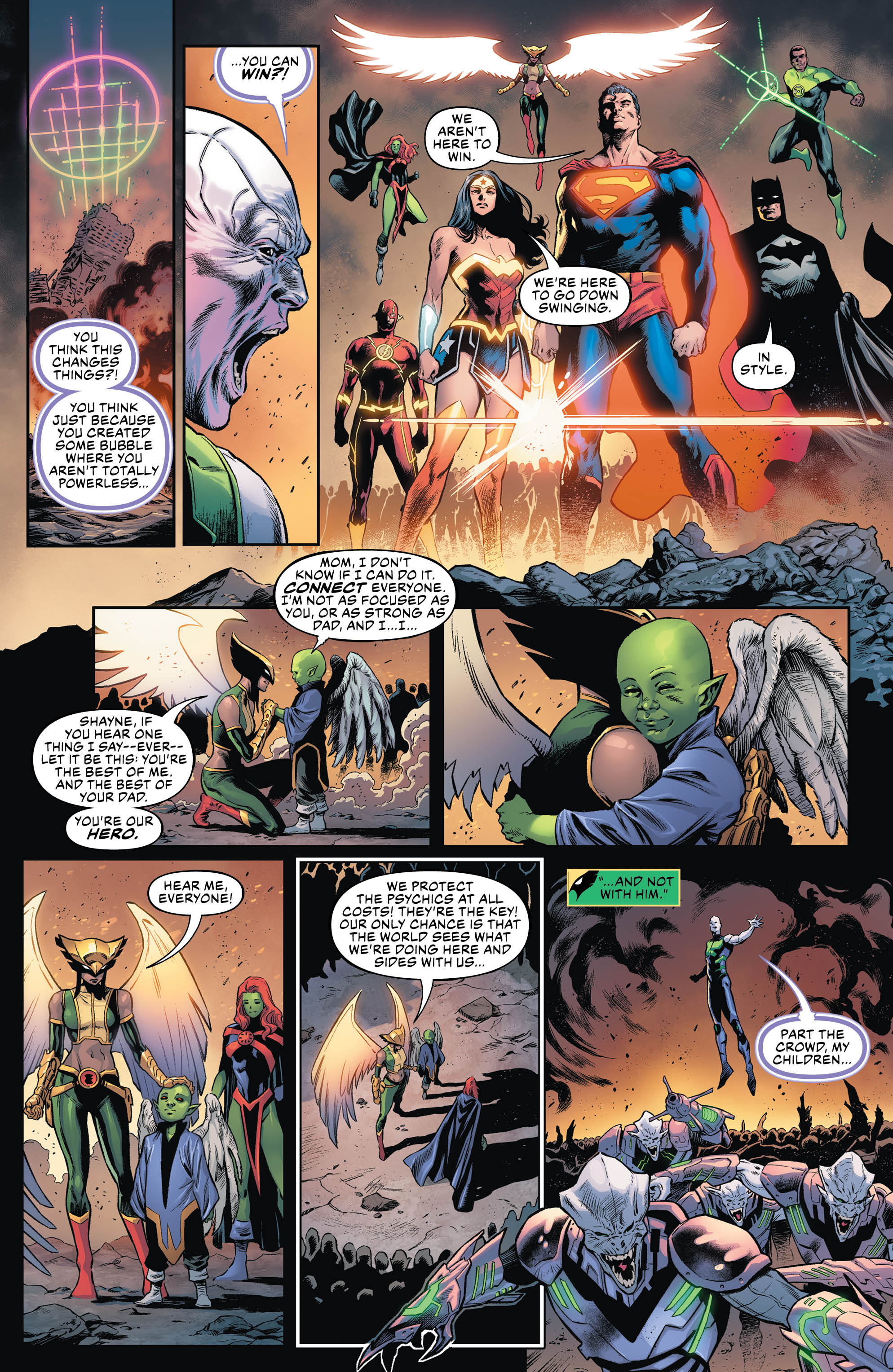 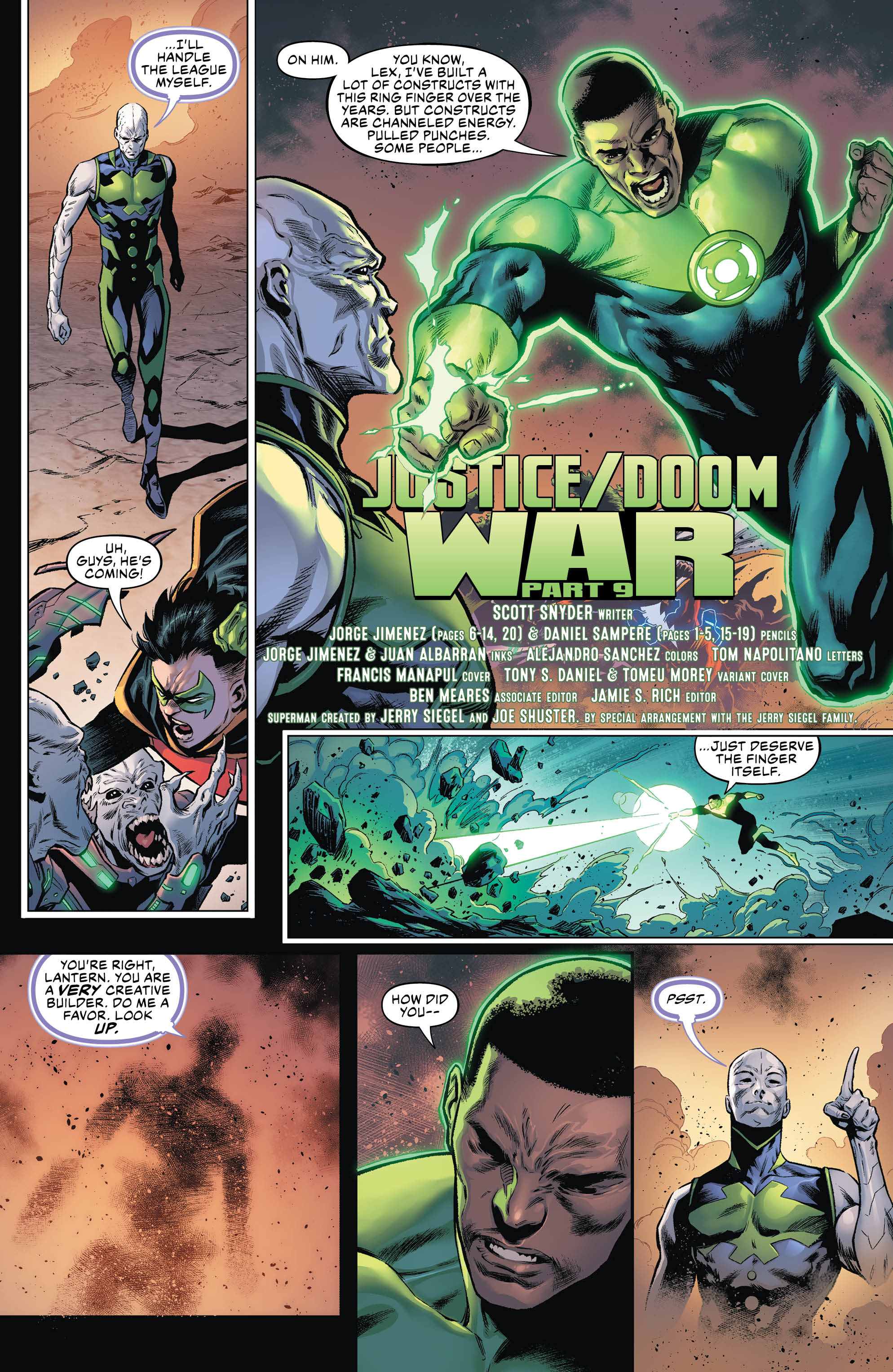 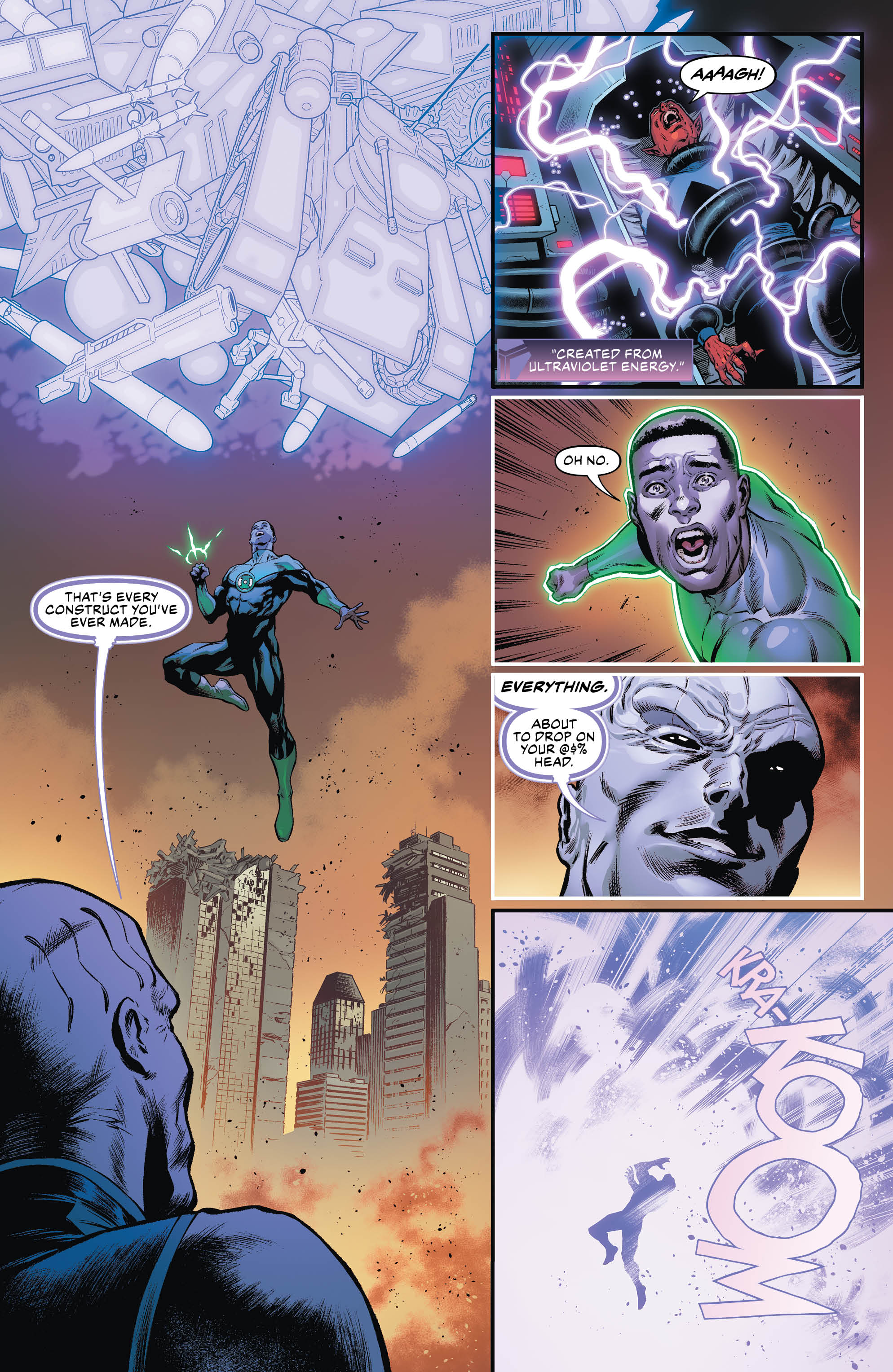 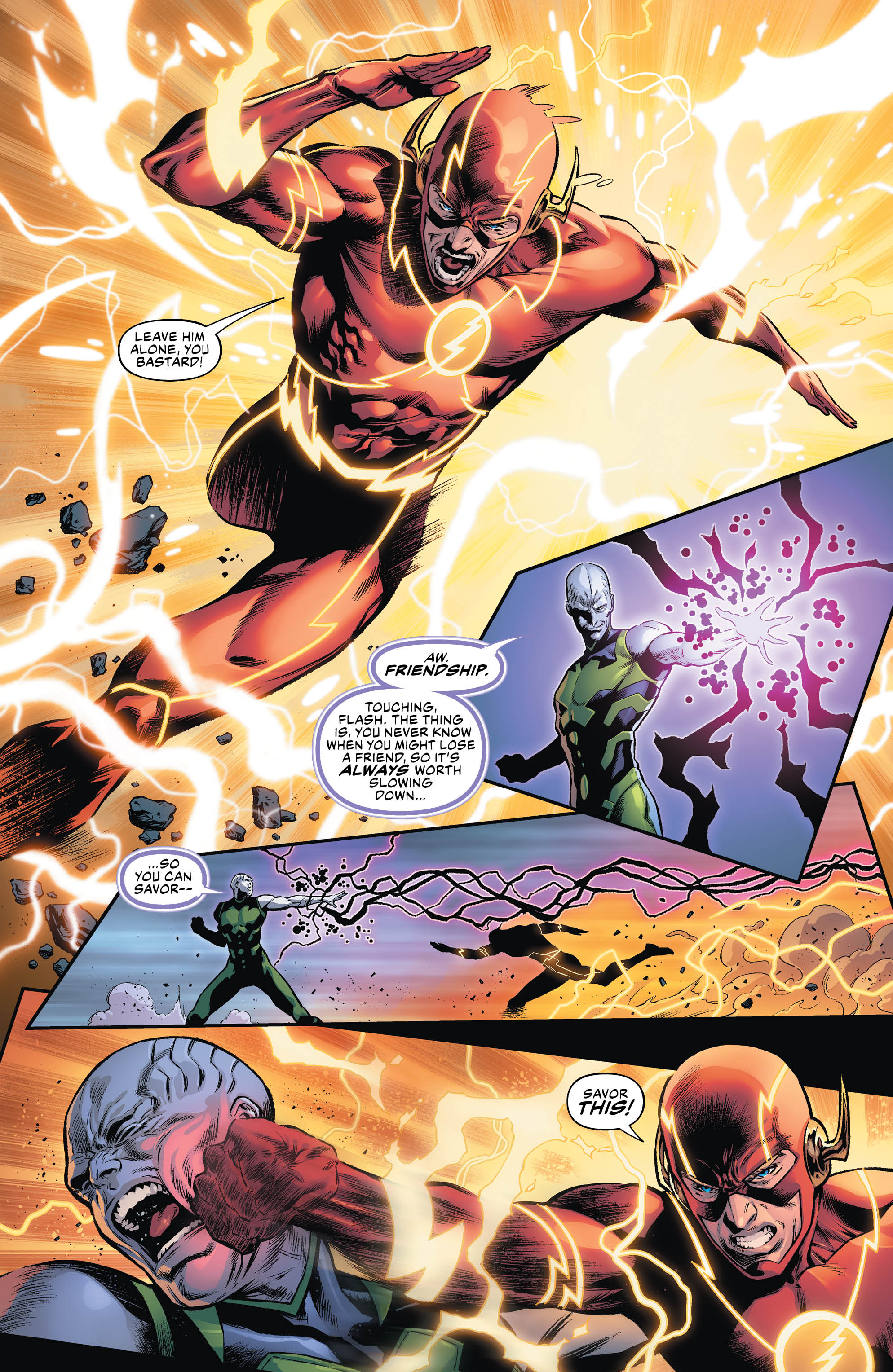 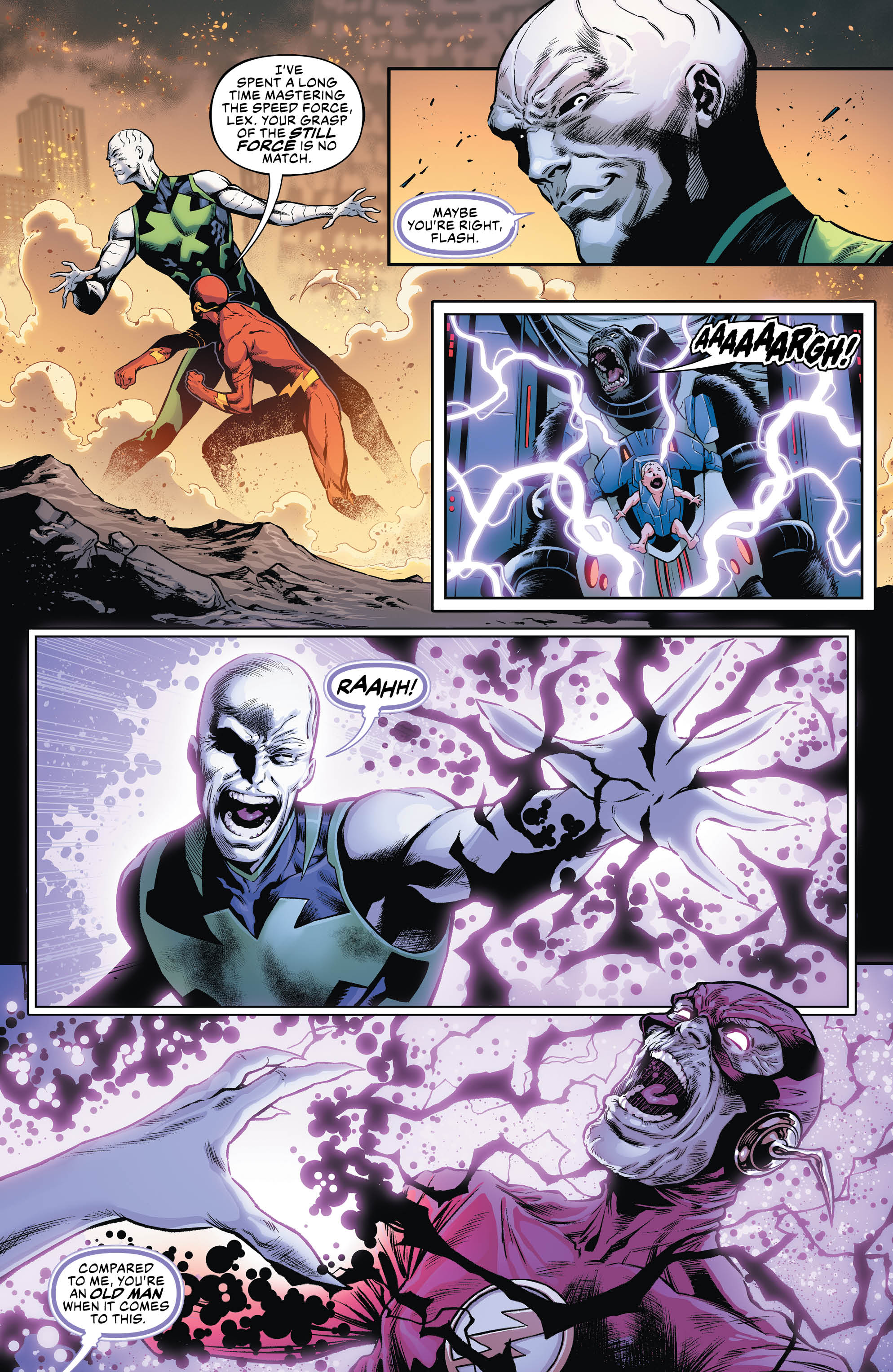 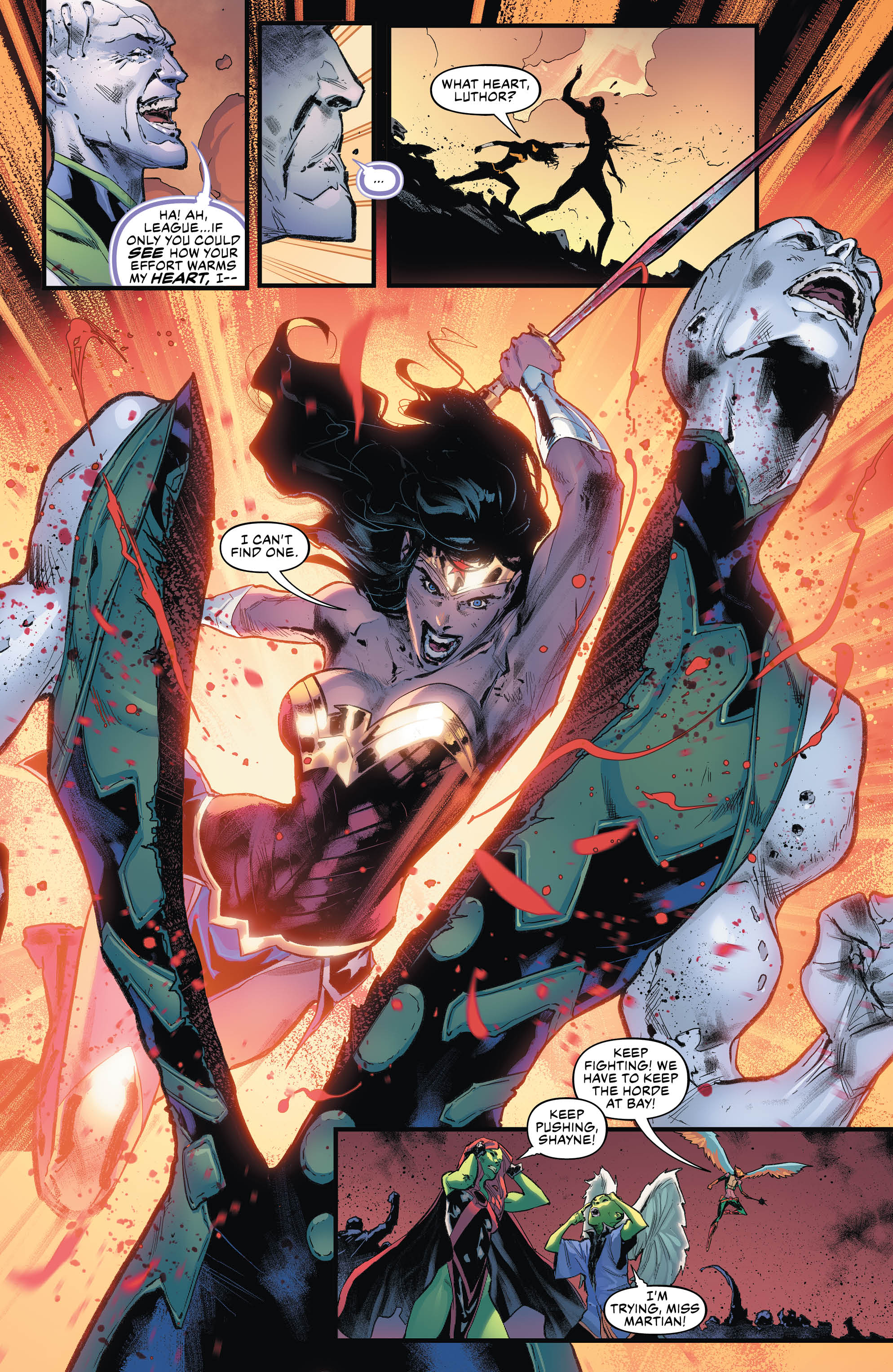 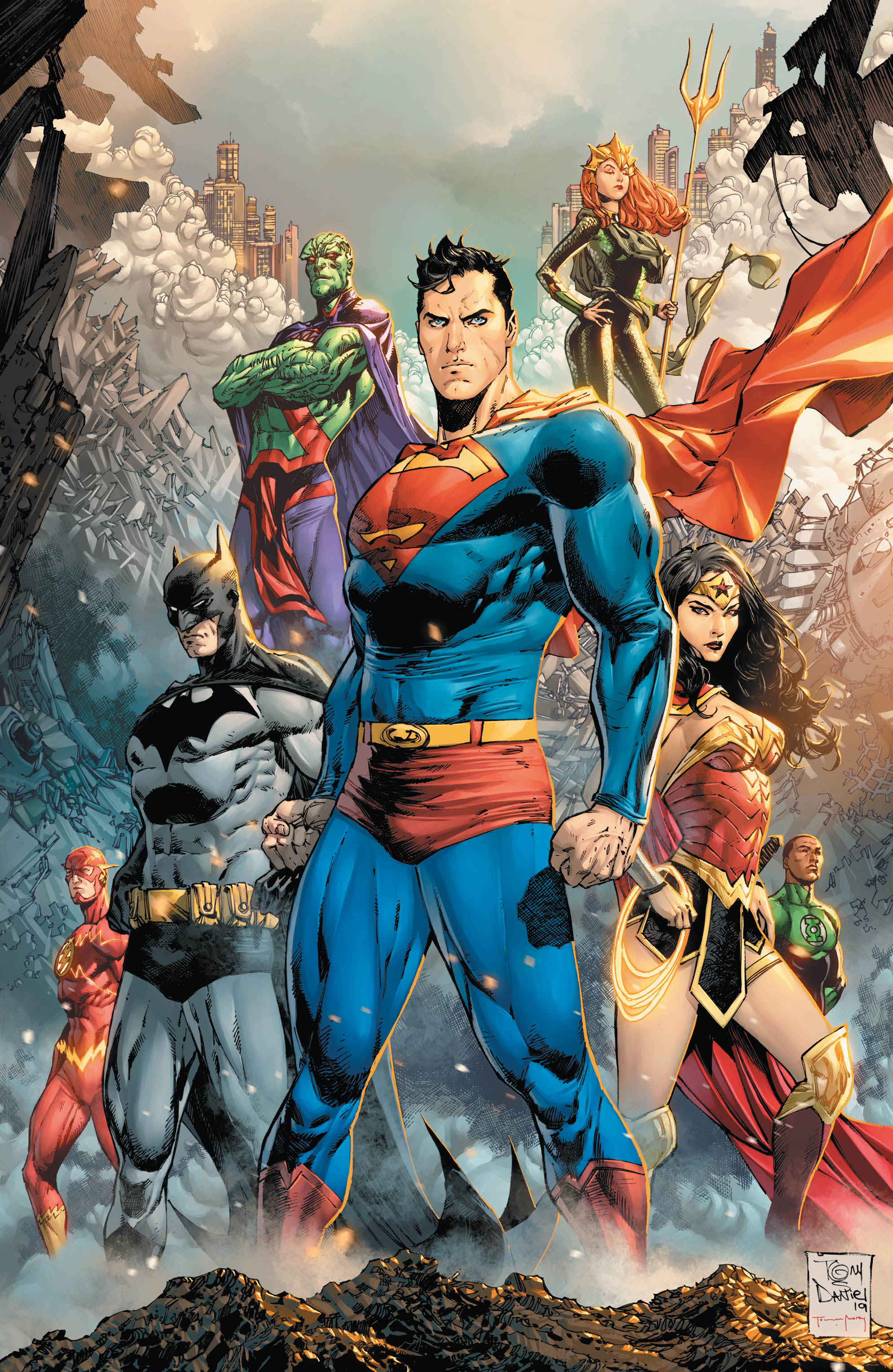 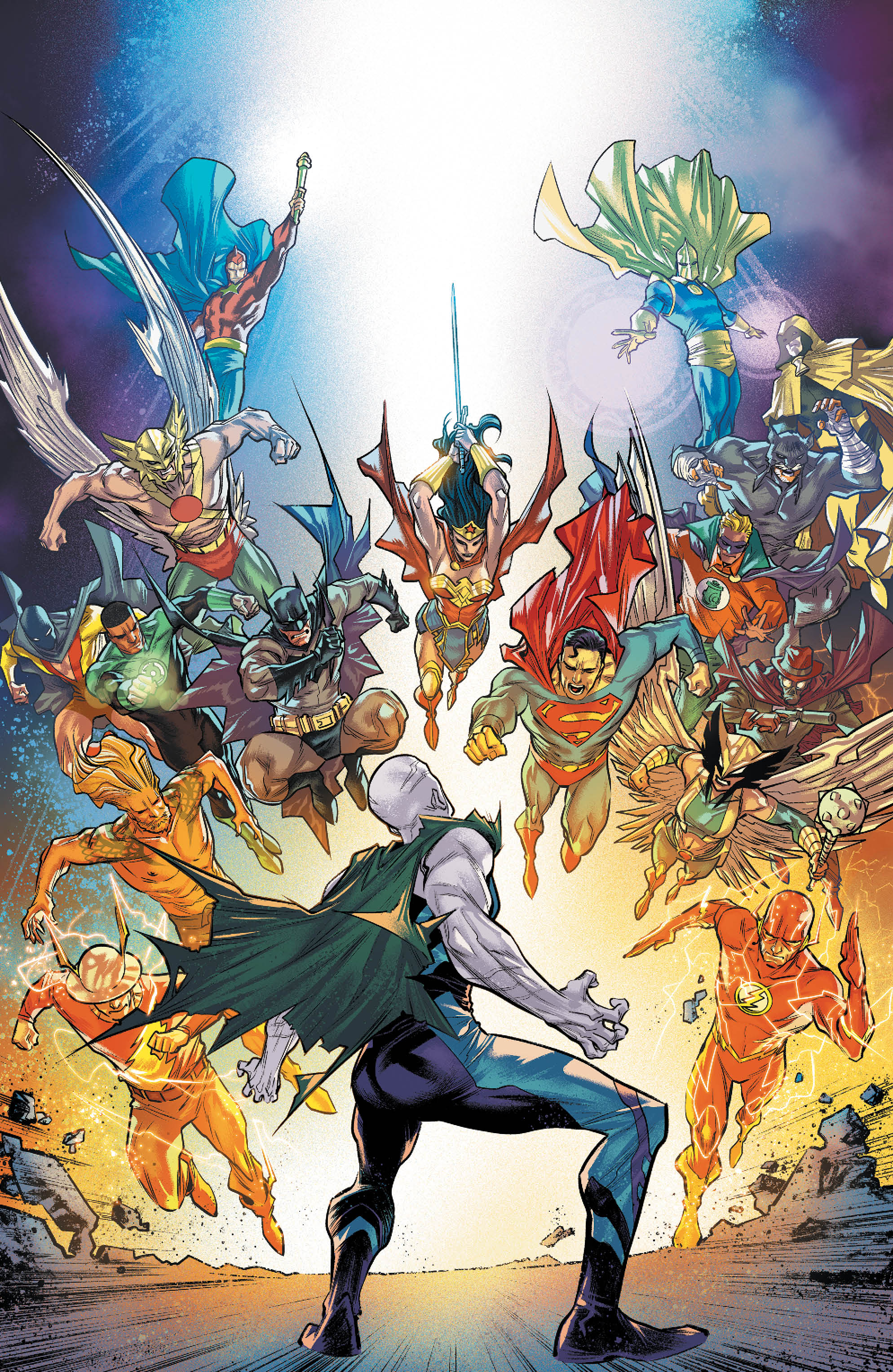 Jimenez Has a Gnarly Posse

Jorge Jimenez takes lead on this issue, but he’s got some help from Daniel Sampere and Juan Albarran. Sampere is credited for some of the pencils while Albarran and Jimenez worked together on this issue’s inks. Despite having so many cooks in the kitchen, this issue is incredibly cohesive in its artistic style. The changes in pencils are seamless, as it’s near impossible to tell where one artist ends and the other begins. These three’s collective efforts create a wonderful artistic experience for the reader that perfectly captures the action and emotional gravitas of Snyder’s script.

Justice League #38 is a brilliant penultimate issue in what has been a monumental run on DC’s flagship title. Scott Snyder delivers a heart wrenching, action-packed issue that will thaw the coldest of hearts. Jimenez, Sampere, and Albarran produce grade-A work, rich in detailed action and emotion.

Final Verdict: Get a box of tissues… and read this book.

New Harley Quinn Statues On Their Way From Sideshow