“Who Are the Secret Six?” – Part Five 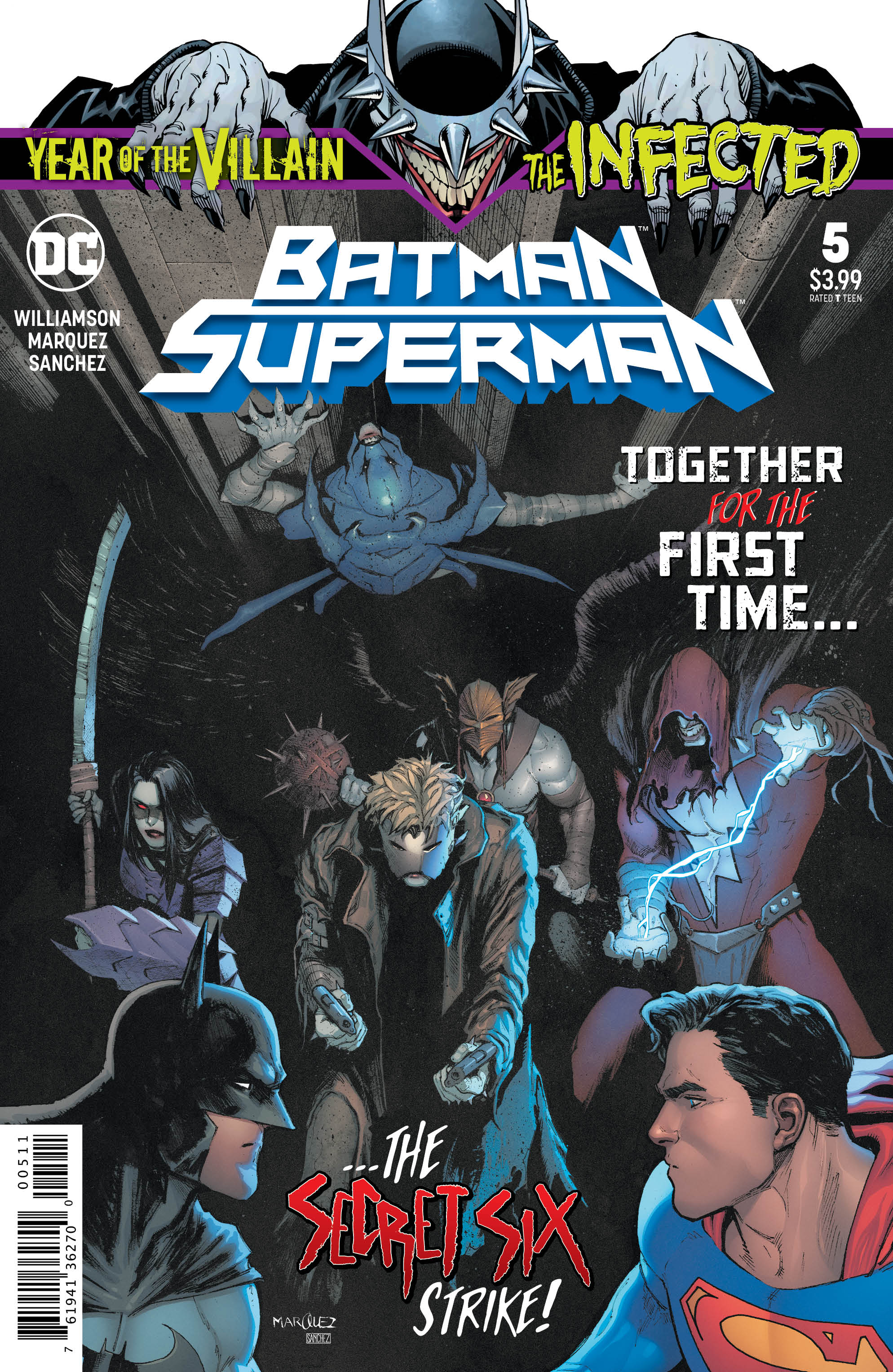 The World’s Finest get played by the Batman Who Laughs, as they square off against the Secret Six in this week’s Batman/Superman #5.

Batman and Superman have seen better days. The Batman Who Laughs (TBWL) has infected six of their friends: Commissioner Gordon, Blue Beetle, Shazam, Supergirl, Donna Troy, and Hawkman. This new Secret Six has managed to infiltrate the Fortress of Solitude, open a portal to the Dark Multiverse, and summon an infected Justice League Satellite, which has been transformed TBWL into a missile that will infect Earth-0 with the his Joker toxin.

Williamson’s script is a mixed bag of predictability and surprise. Considering that Year of the Villain: Hell Arisen #1 launched on the same day as this issue, it was obvious that TBWL was going to escape. Also, Superman throwing objects into the sun has become a trope. At this point, such a repeated plot point is a sign of lazy writing. Williamson can do better. 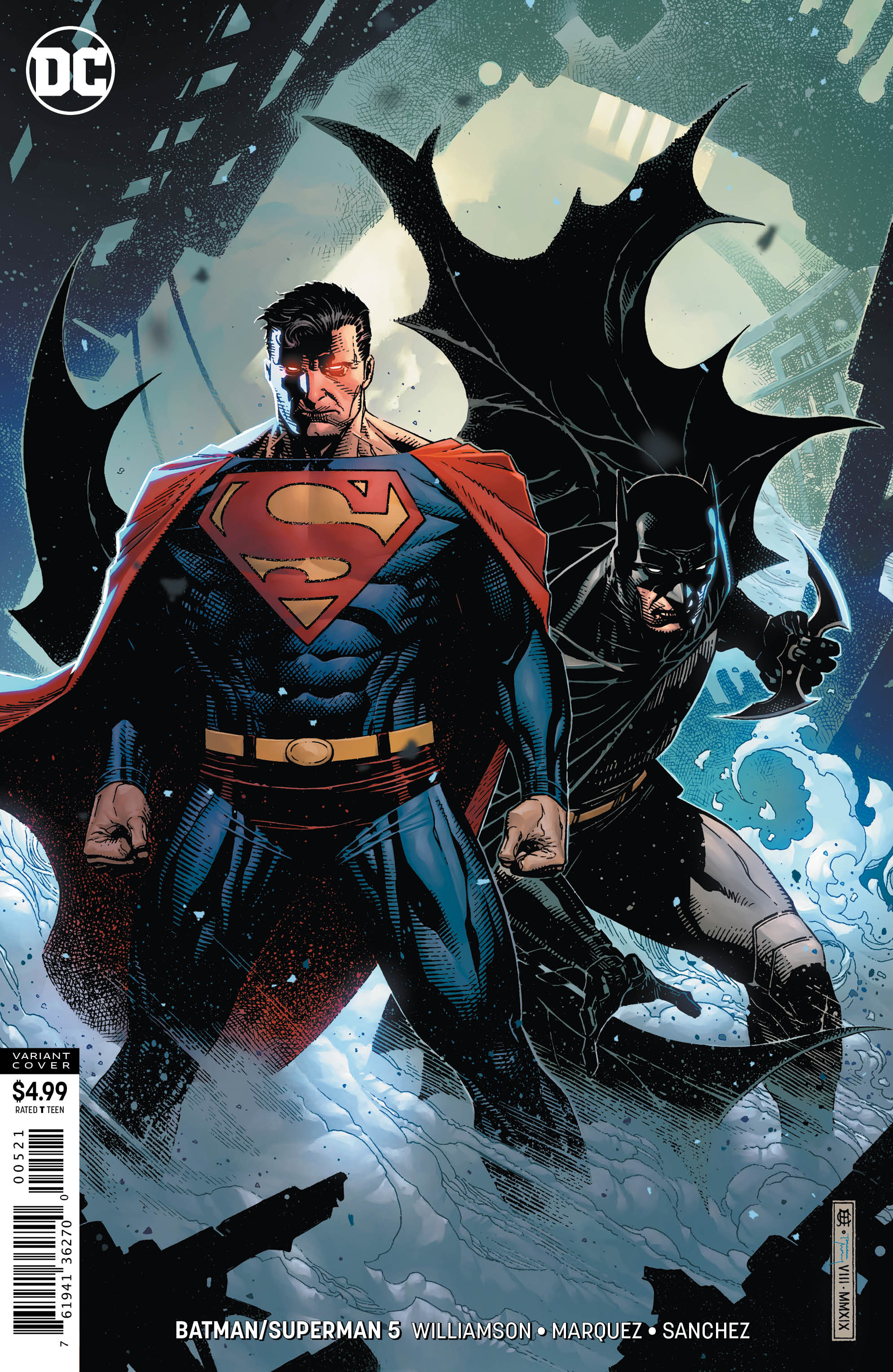 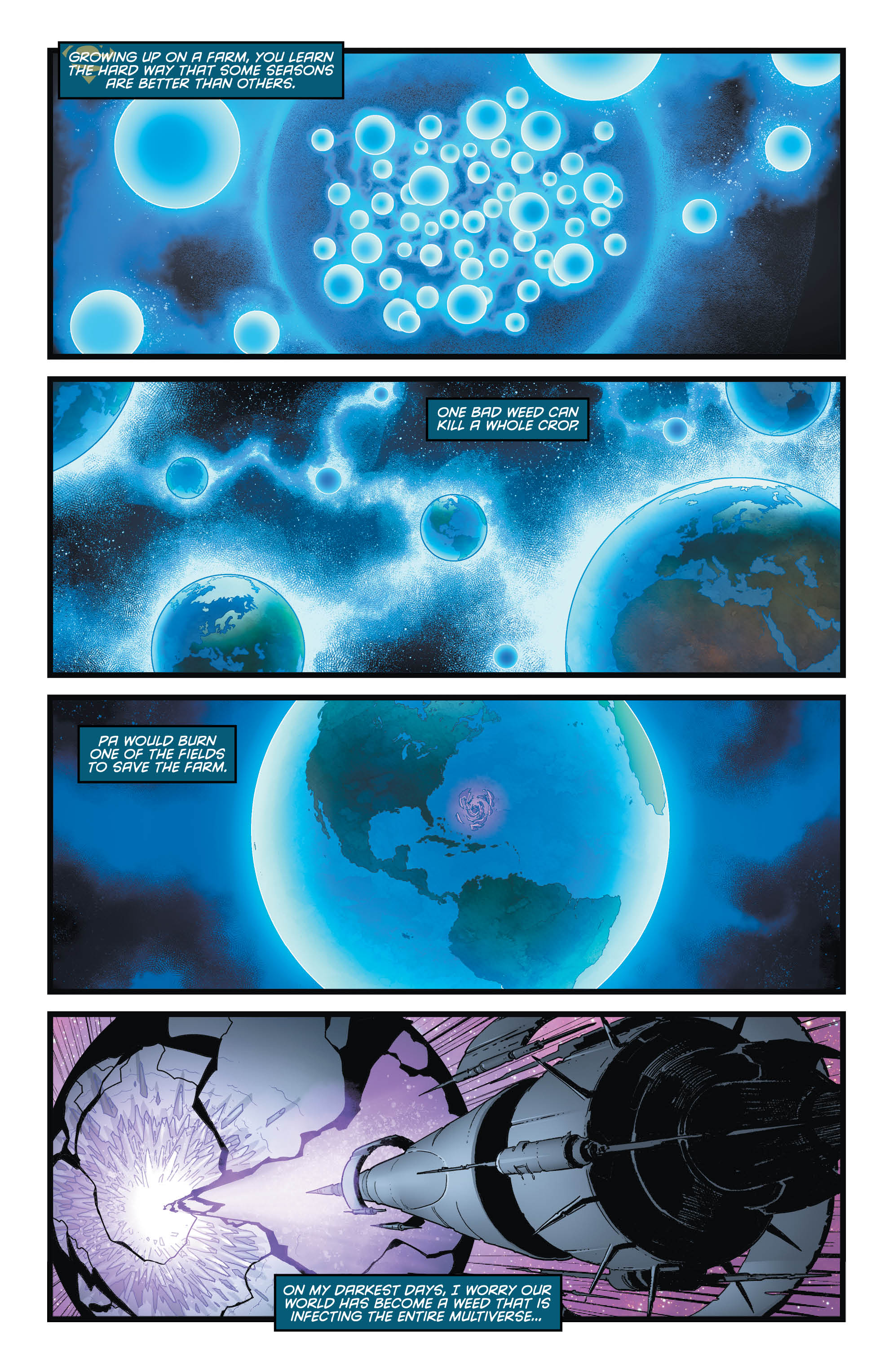 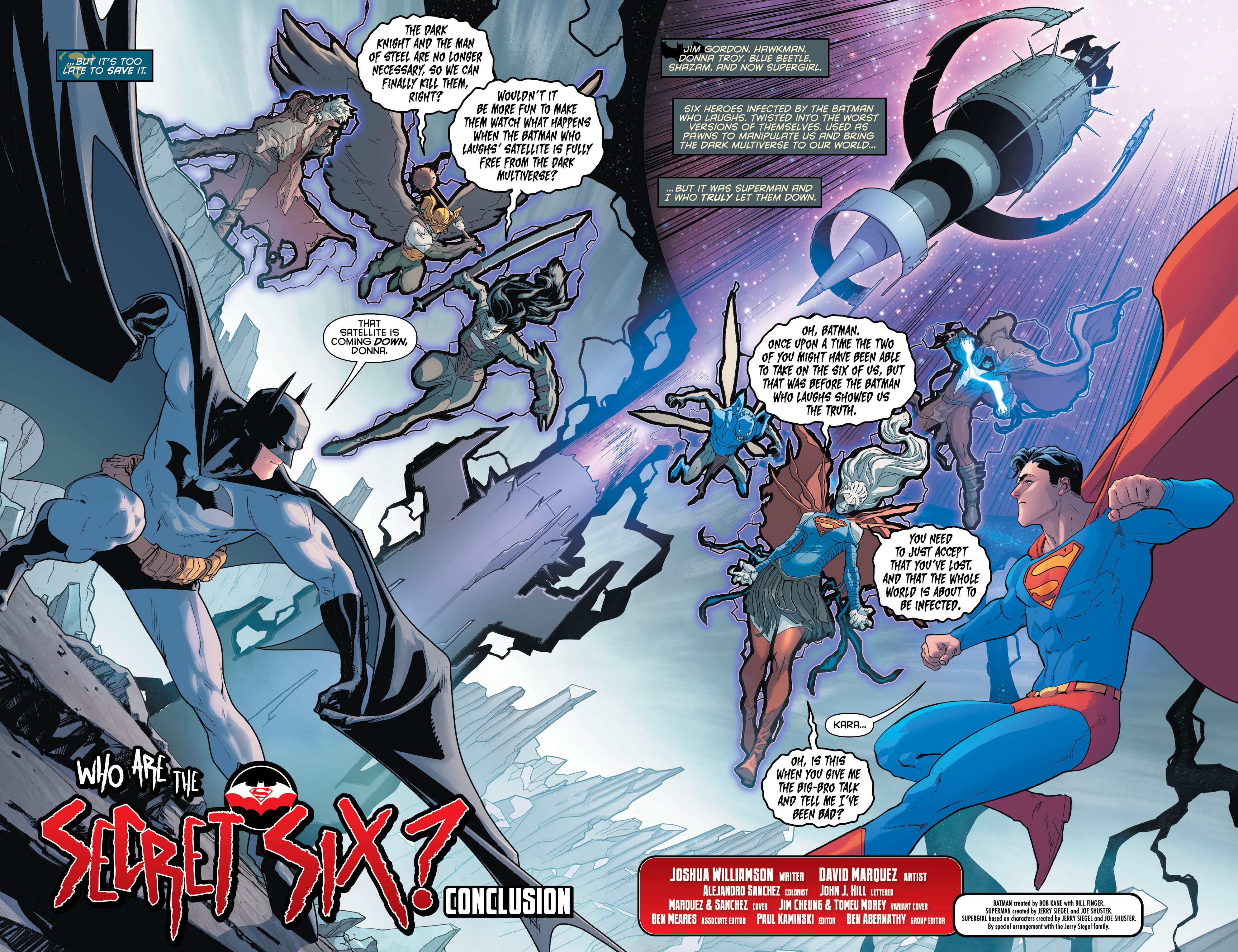 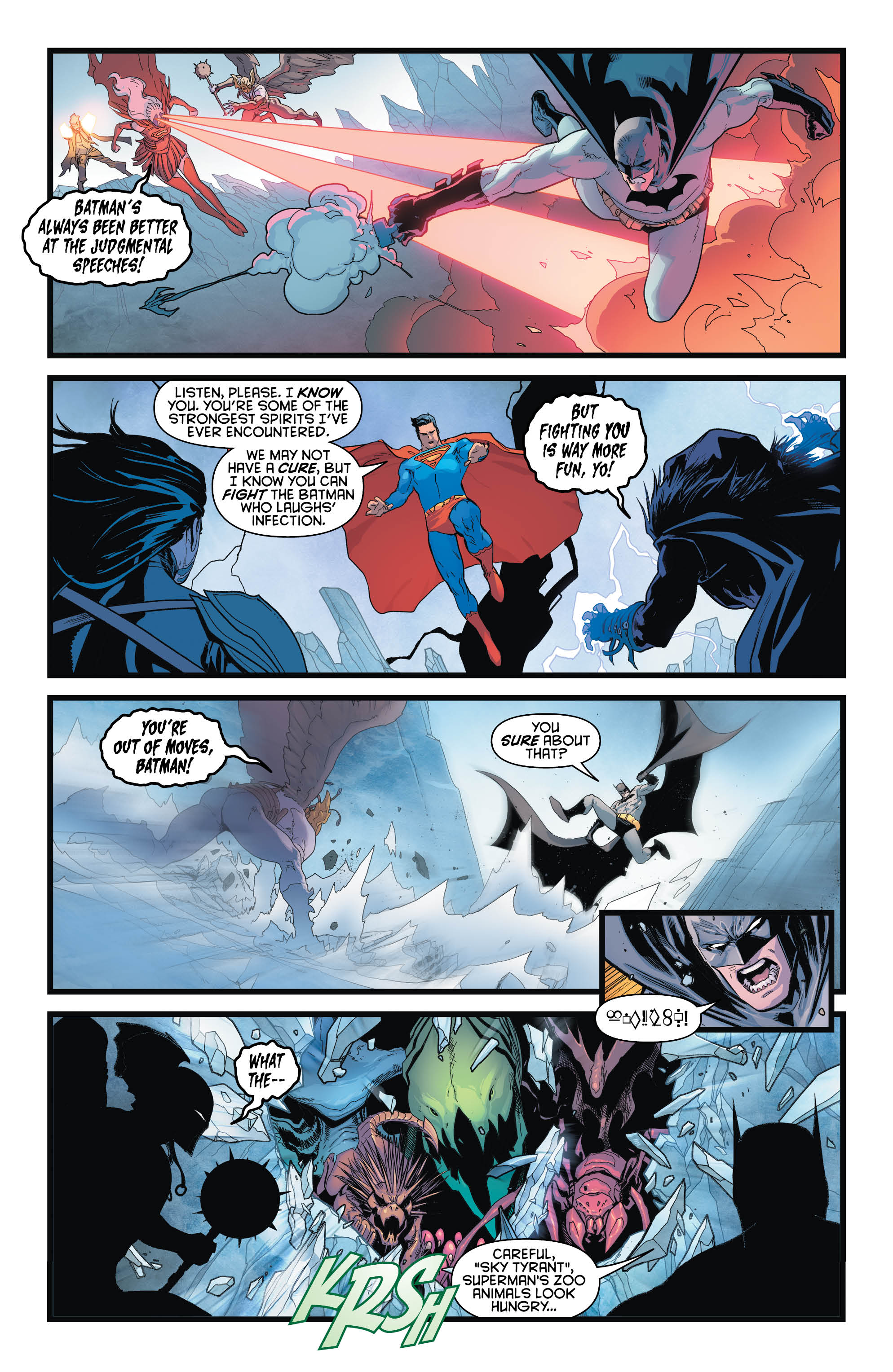 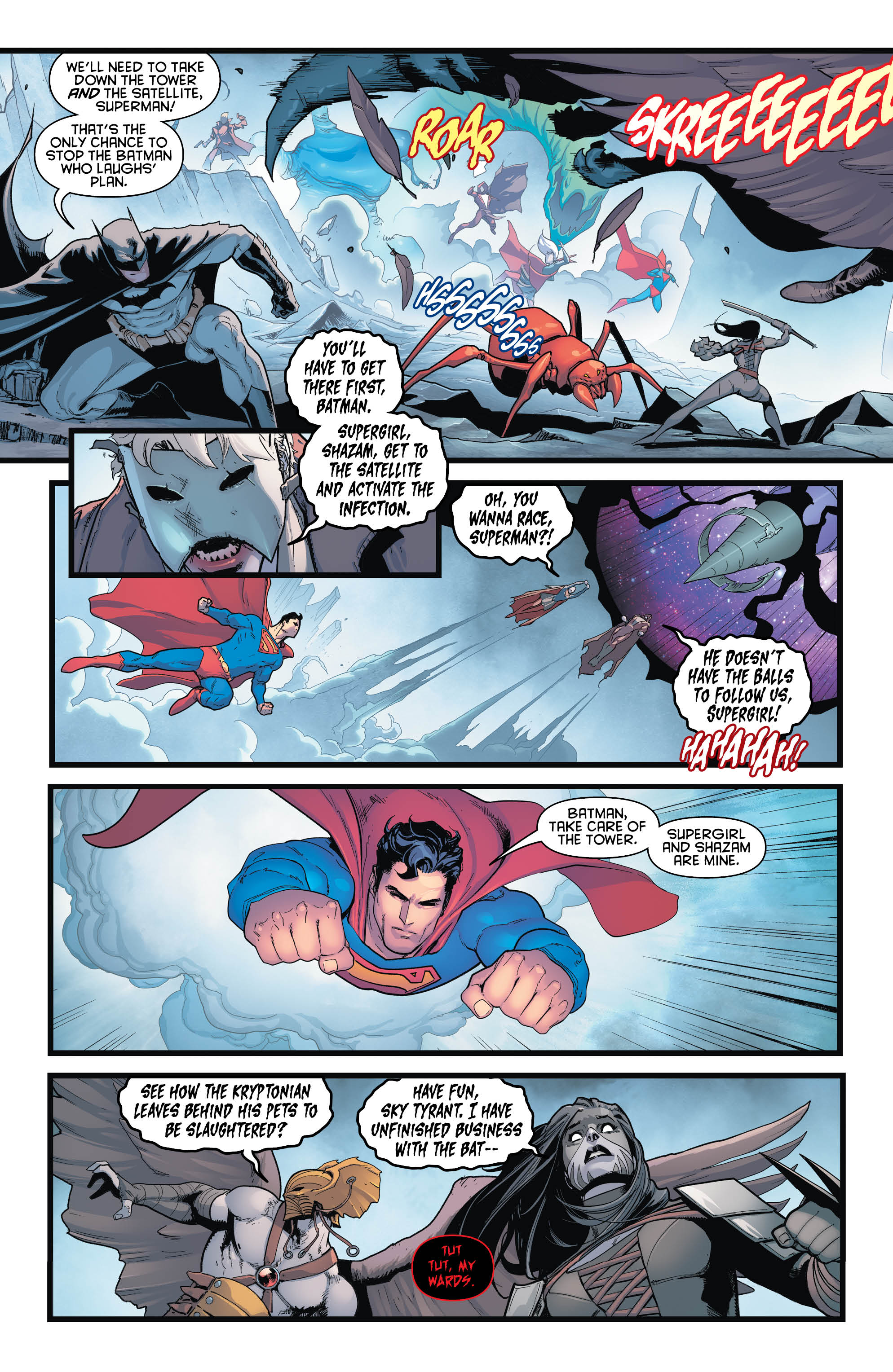 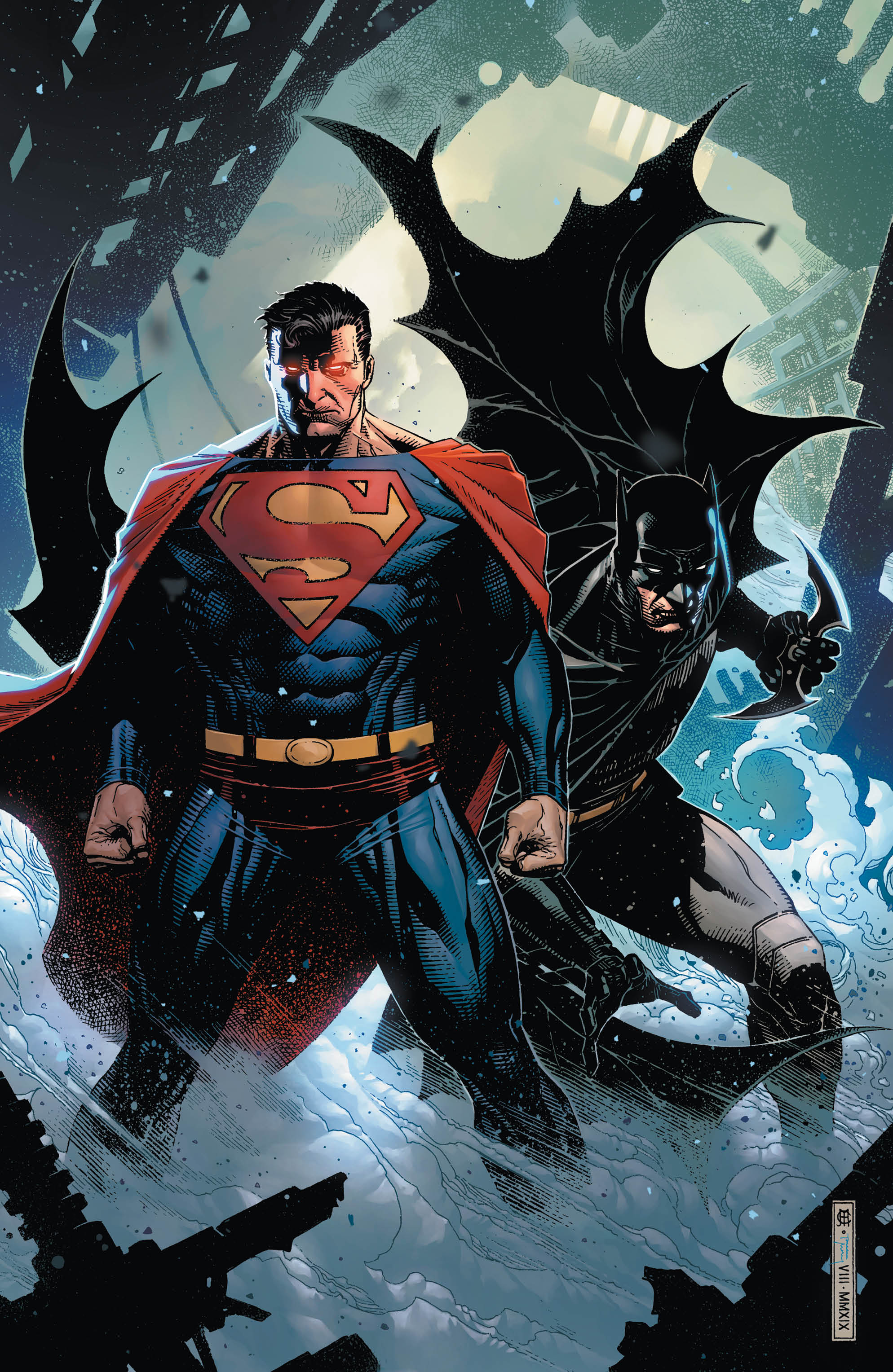 In contrast to his handling of Superman in this issue, the writer’s Batman storyline was fantastic. Watching the Dark Knight wrestle the scarab from Blue Beetle was fantastic. Such creativity is what I’ve come to expect from Joshua Williamson, so I’m glad that he included this moment, as it largely redeemed an otherwise predictable issue.

Marquez is Still Killing It

David Marquez once again adds a brilliant dimension to the storytelling experience in this title. Batman/Superman #5 is full of fun, and with action-packed moments that are rendered in gorgeous detail. He also continues his trend of using mirrored panels to reflect the dual nature of each of these characters. The moment Batman closes the portal is paired with a mirror panel of Superman destroying the satellite. Such moments where form and content collide make for a fun reading experience.

Batman/Superman #5 is by no means a perfect issue, but man is it fun! Despite a few moments of predictability, Williamson’s script still manages to surprise the reader. Marquez’s art is, as always, beautiful, entertaining and detailed.

Final Verdict: It’s worth a read – especially if you’re interested in Year of the Villain: Hell Arisen #1.