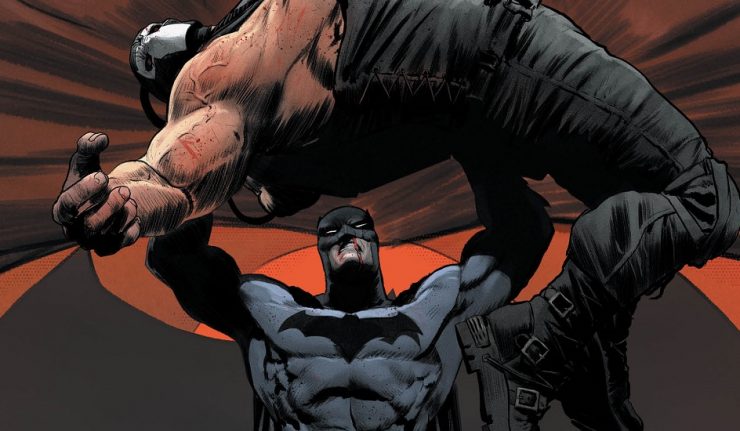 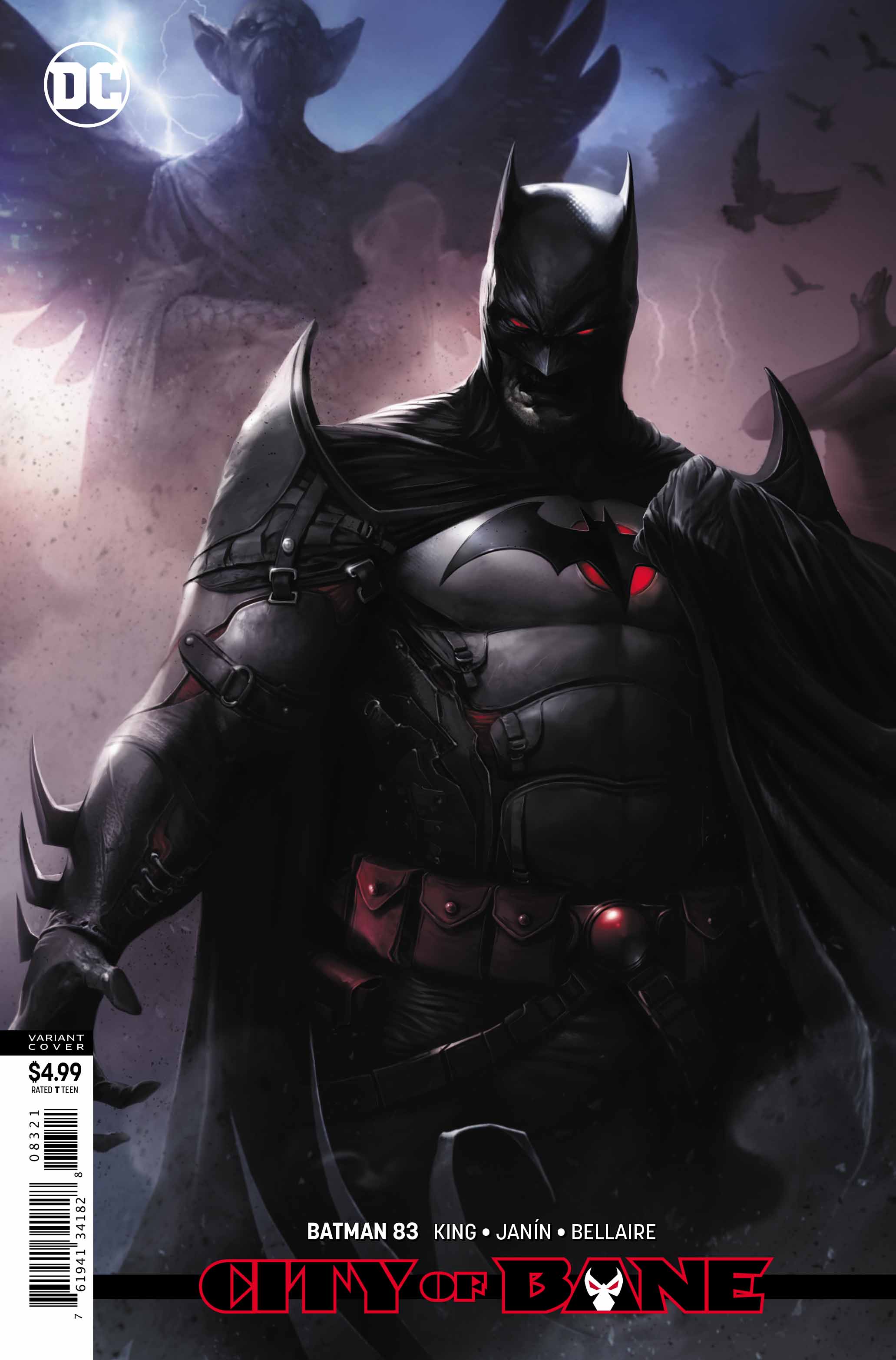 Batman finally faces the fallout from Bane’s plan in an emotional, albeit slightly uneven, Batman #83.

This issue sort of stops the pacing of “City of Bane” for Batman to reel at the death of Alfred. This issue in itself is a fine character comic. What really makes the issue work well is Mikel Janin’s art. His art continues to be more and more expressive. It’s wonderful to see Bruce cycle through different levels of grief. In fact, one wonders if the comic would have been better if it was completely wordless, that’s how top-notch of a storyteller Janin is. Readers could easily follow along with the plot of the issue and understand most of it. 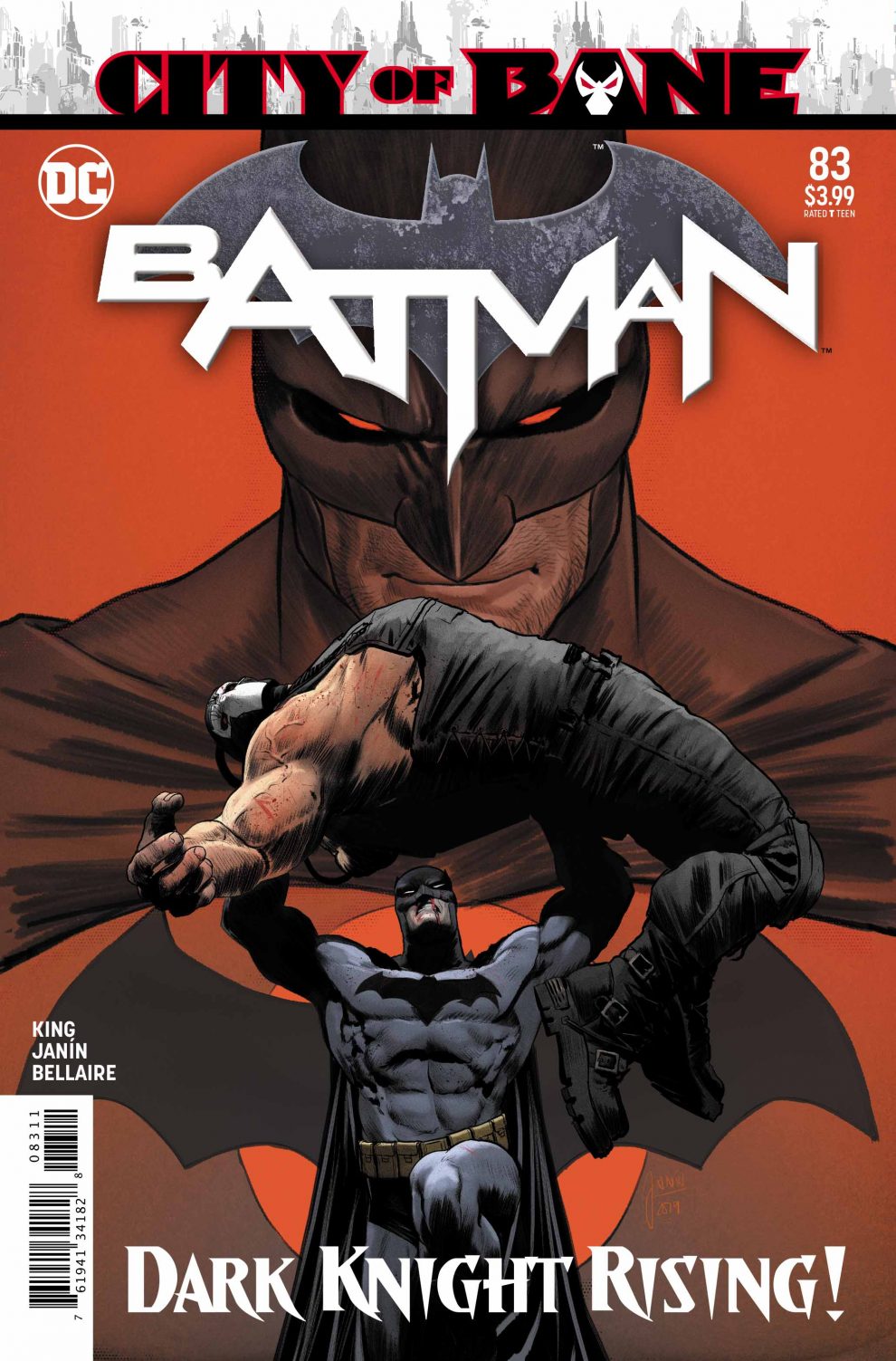 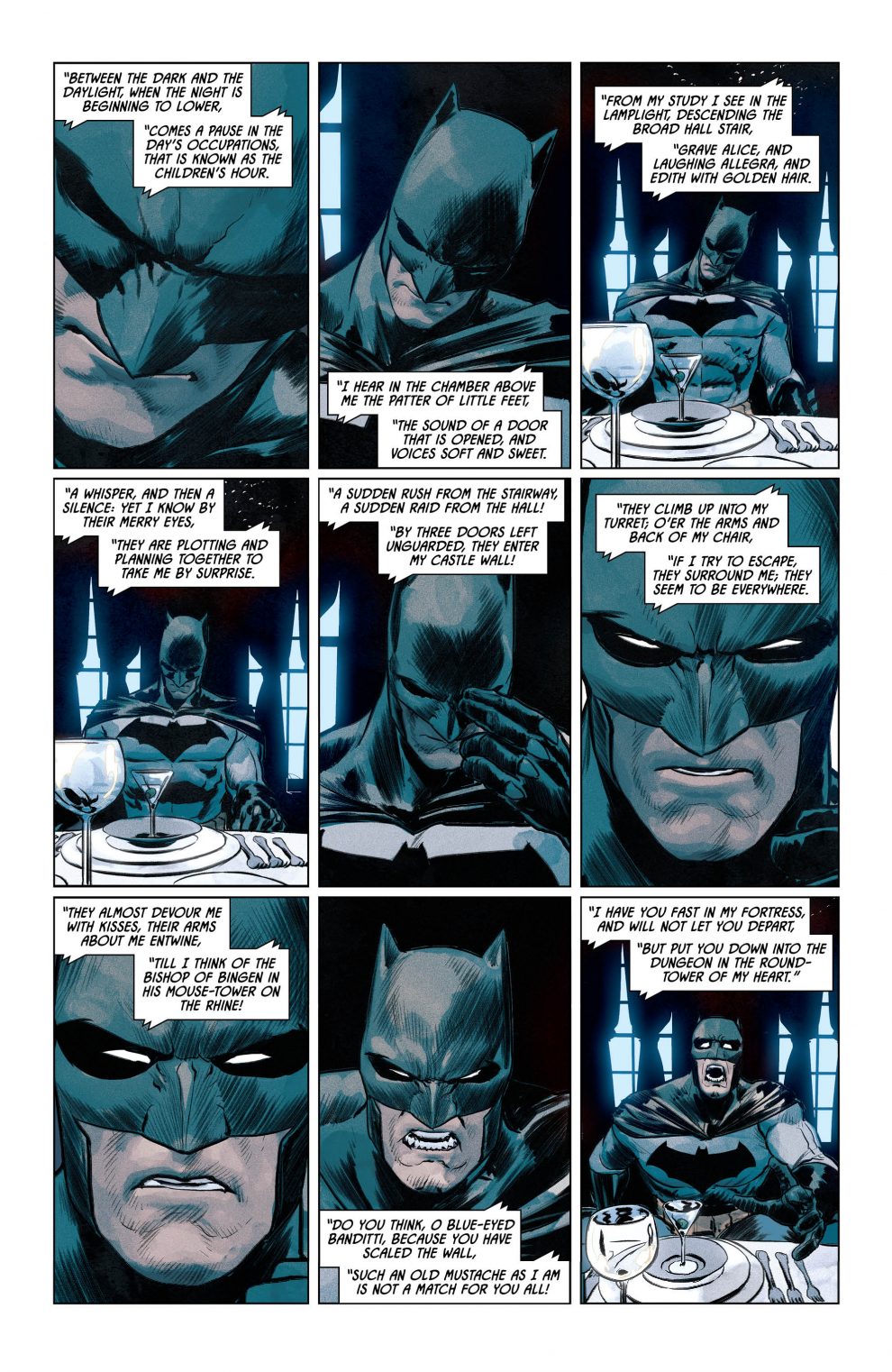 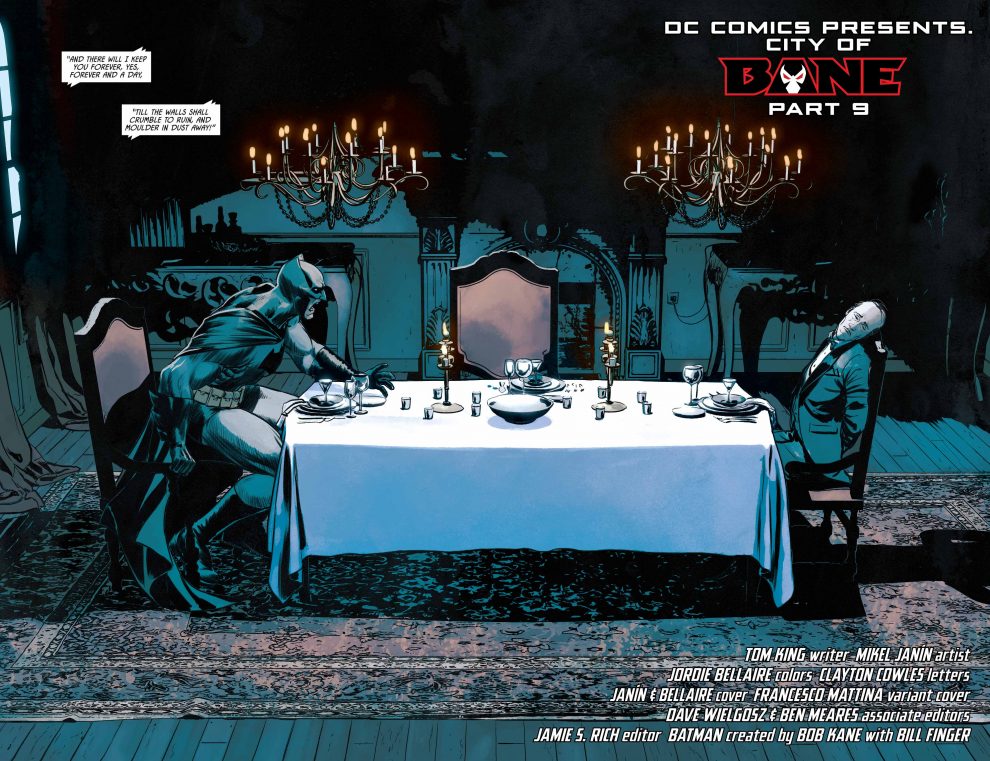 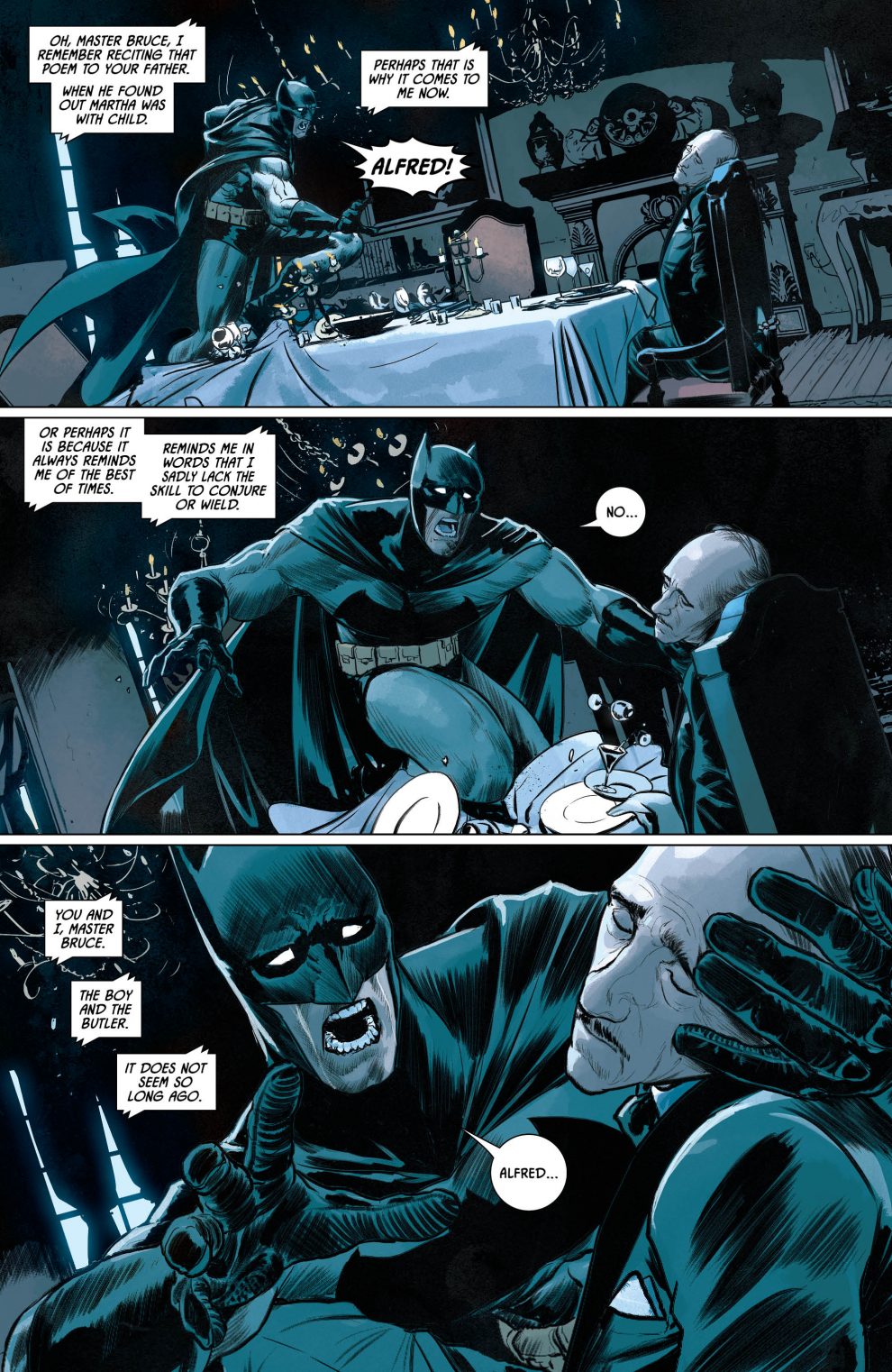 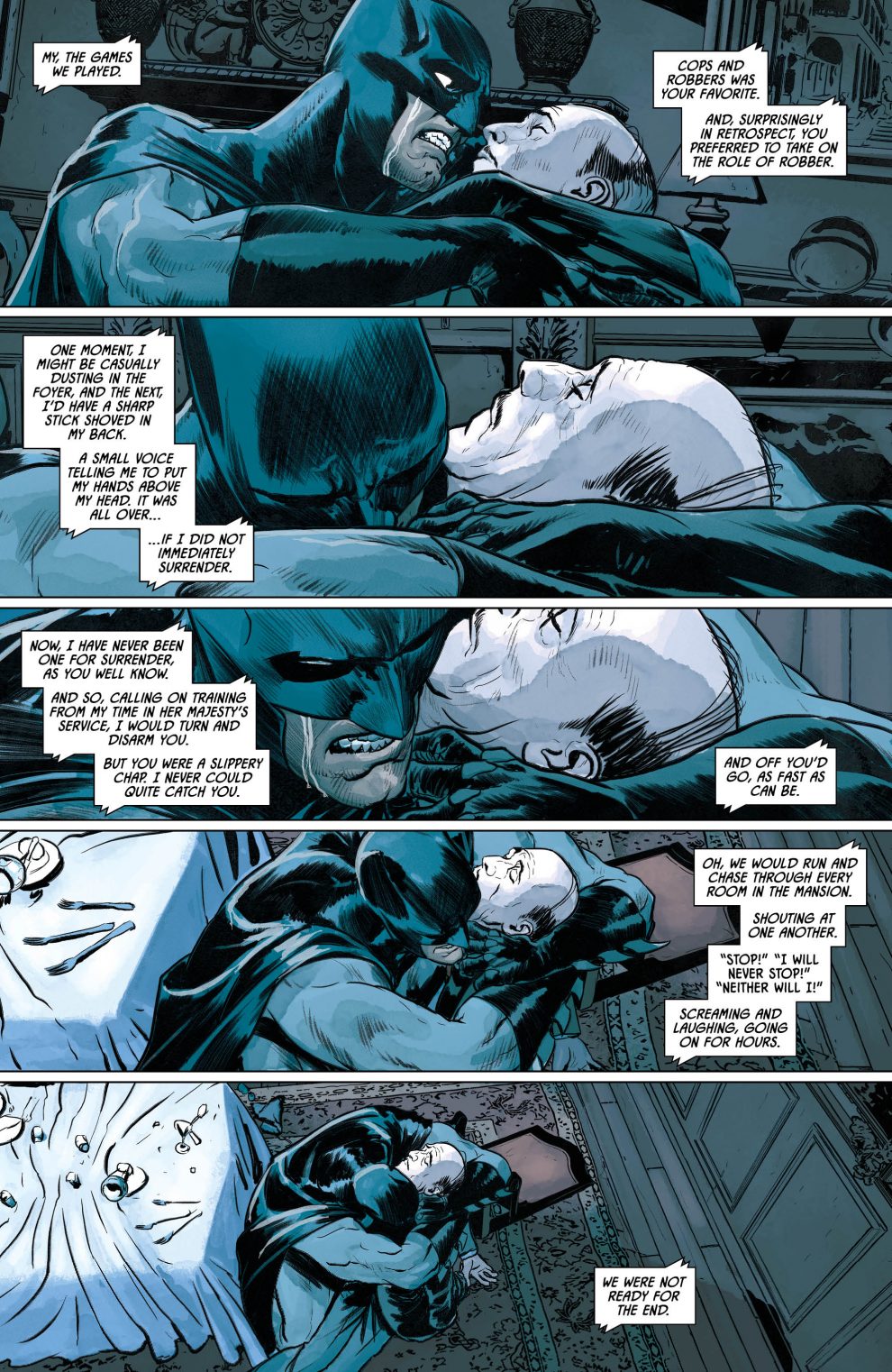 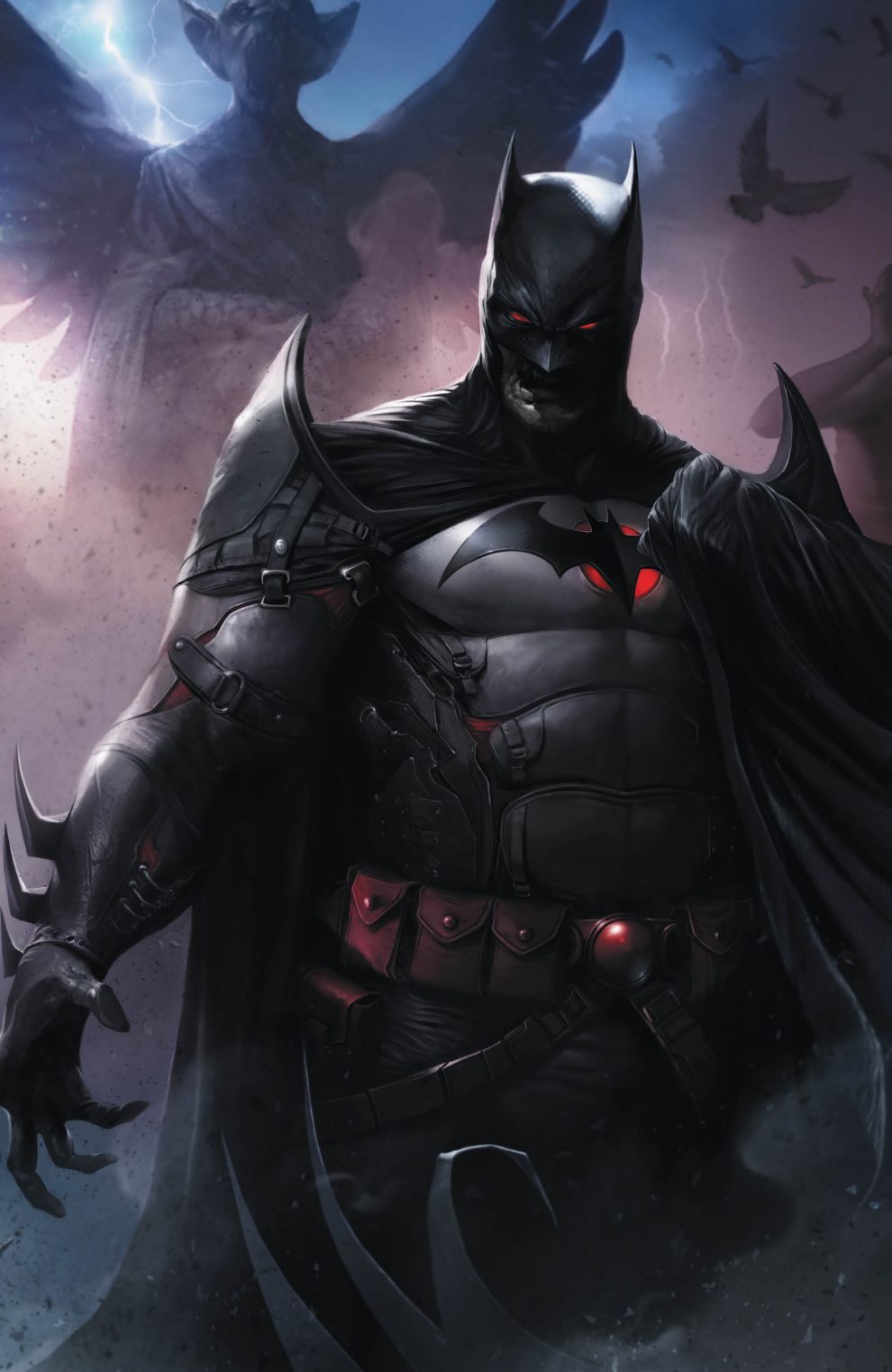 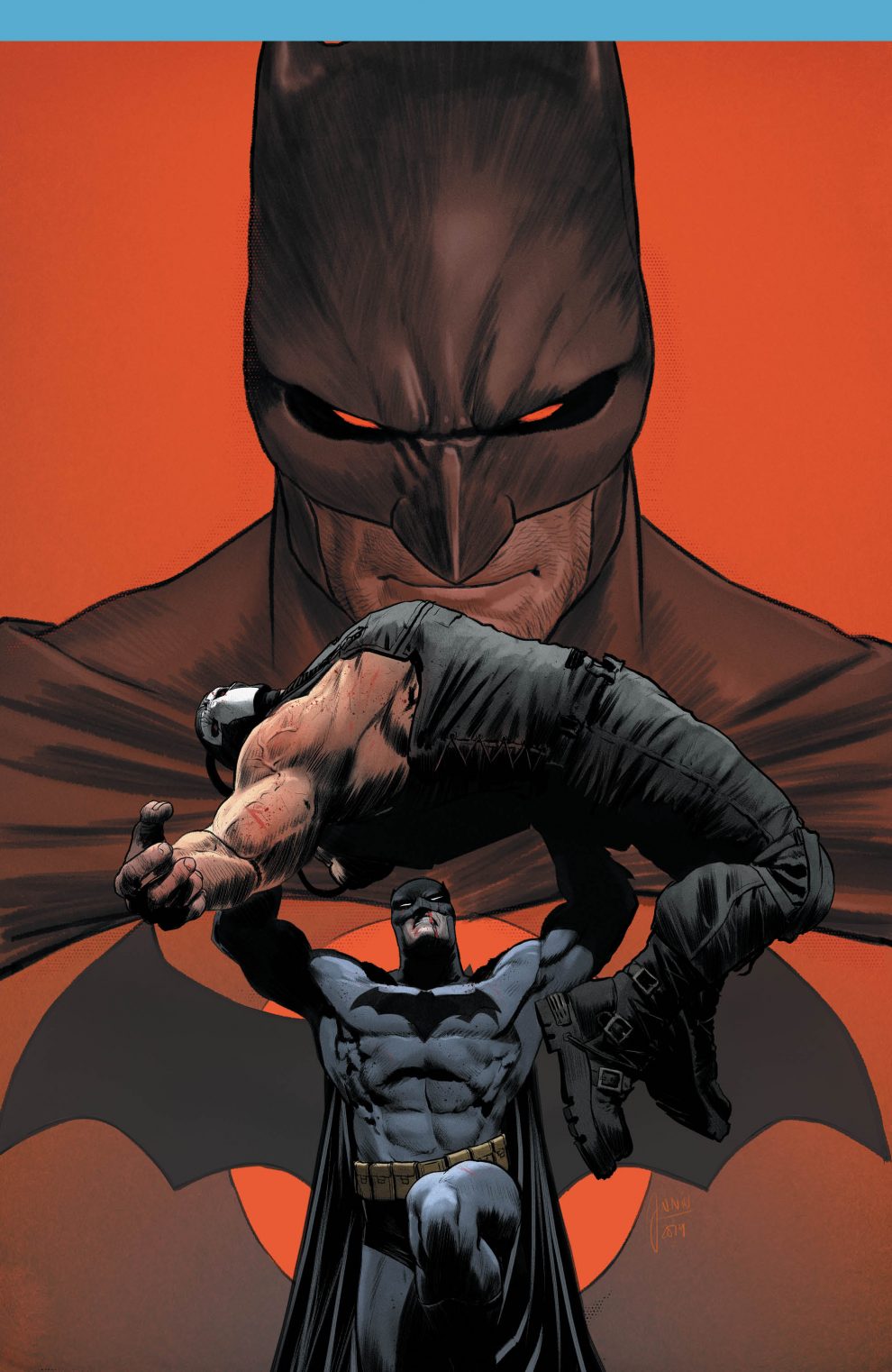 Writer Tom King handles Batman’s reaction to Alfred’s death well. Perhaps the most interesting notion is how he comes around to eventually use the death to strengthen his resolve. That’s an intriguing, complex reaction to grief. Most comics characters initially react to character deaths with sadness and then anger. To be fair, Batman shows those emotions too, but King takes it a step further and portrays loss as something more complex. One can find hidden blessings in death.

The crux of the issue is Alfred’s recorded eulogy. The recording was appropriately emotional and tugs at the heartstrings. However, there were times when I found the eulogy/narration too wordy. It explained a little too much plot and character motivation explicitly, like Batman’s narration in Batman #81. Unfortunately, the talking overwhelmed the emotional impact of Janin’s beautiful art at times. Perhaps, Alfred’s final words would have been more effective if they were used more sparingly.

Batman #83 was a fine send-off for Alfred that also moved the plot along. Perhaps King was a little to liberal with the teary-narration, but the strength of the plot and the art make the issue work.