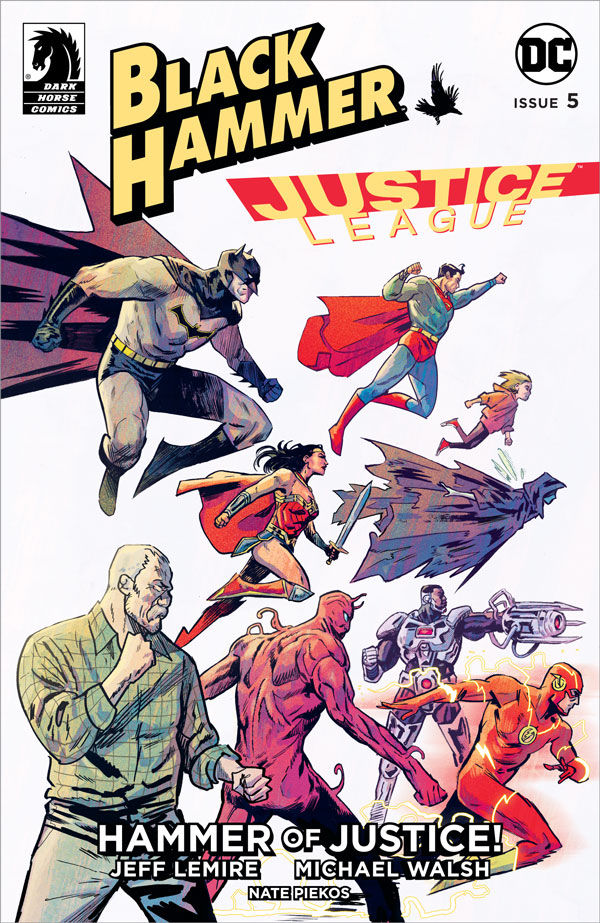 Black Hammer/Justice League #5 has arrived! Having the penultimate issue is actually bittersweet. There was a lot of information revealed last month, and *spoiler alert* do not read further if you want to keep your experience with this series whole. Warning: One of the big reveals from last issue was who the mastermind behind the switching of our heroes was. When we left them, Mr. Mxyzptlk revealed his secret to John Stewart, The Flash, and Colonel Weird. He told them about his whole plan and stated that he was more than willing to send each set of heroes home, but with a catch…

Mr. Mxyzptlk kicks off proceedings with no preamble and no pause. He tells our heroes, from both sides, that the caveat to his wilfulness to set things right is simple. In order to go back, everyone from either side of those who have been transported, whether Black Hammer or Justice League, must willingly agree to go back to their original world. Watching Colonel Weird digesting those words is honestly one of the best points in this book. There’s a stunning moment of realization that hits home on many levels. It has to be an individual choice, and that no one can force it. Meanwhile, Superman, Cyborg, Batman, and Wonder Woman have problems of their own to deal with. 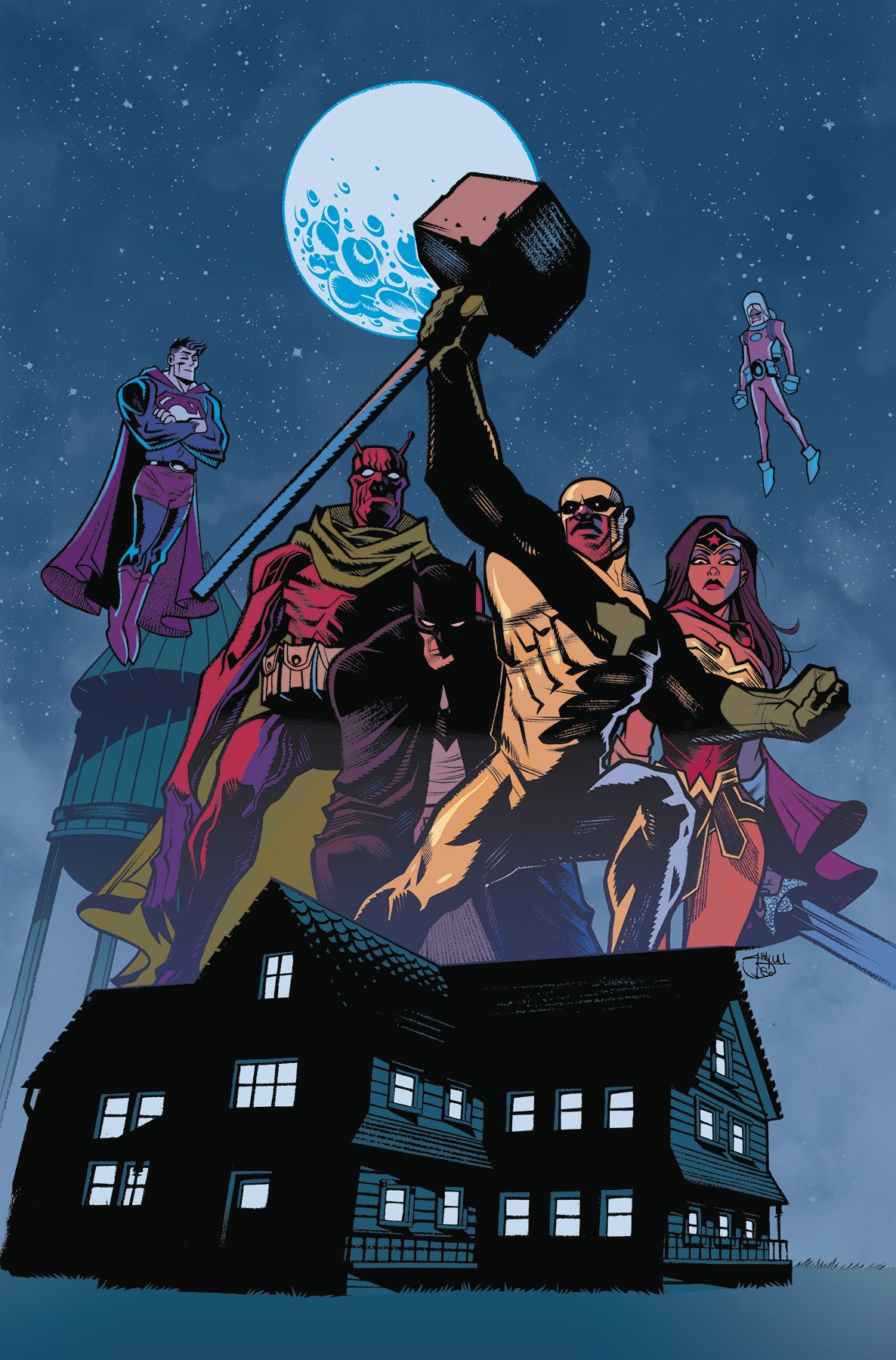 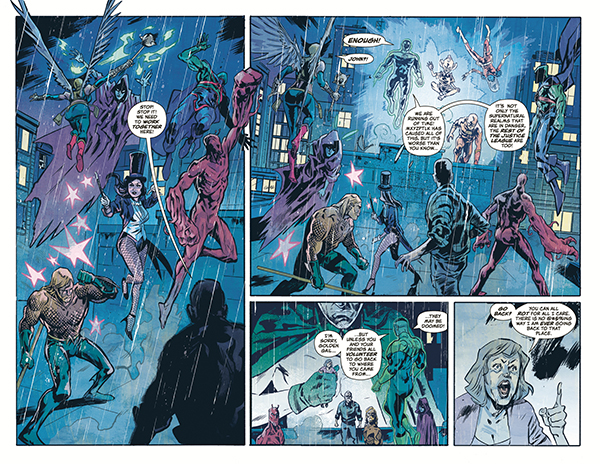 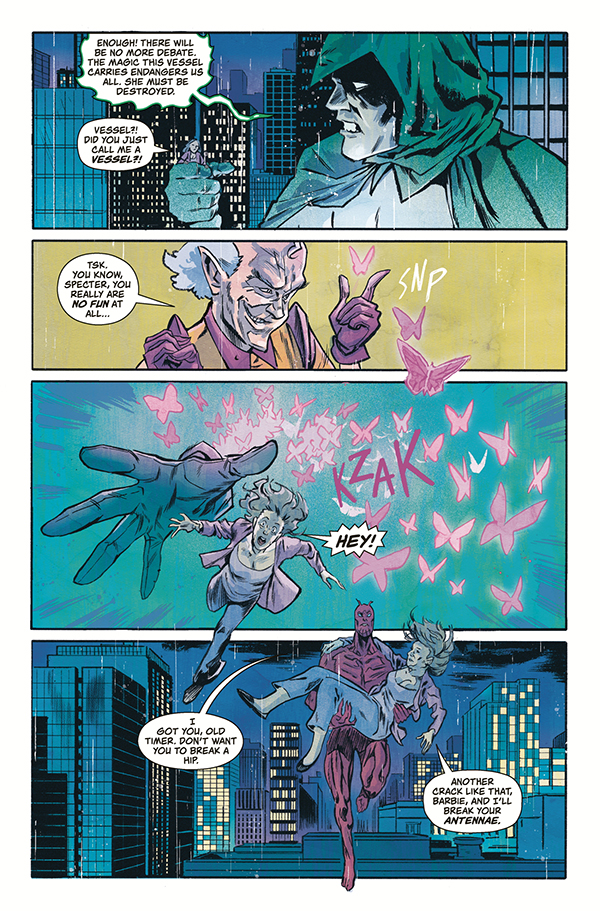 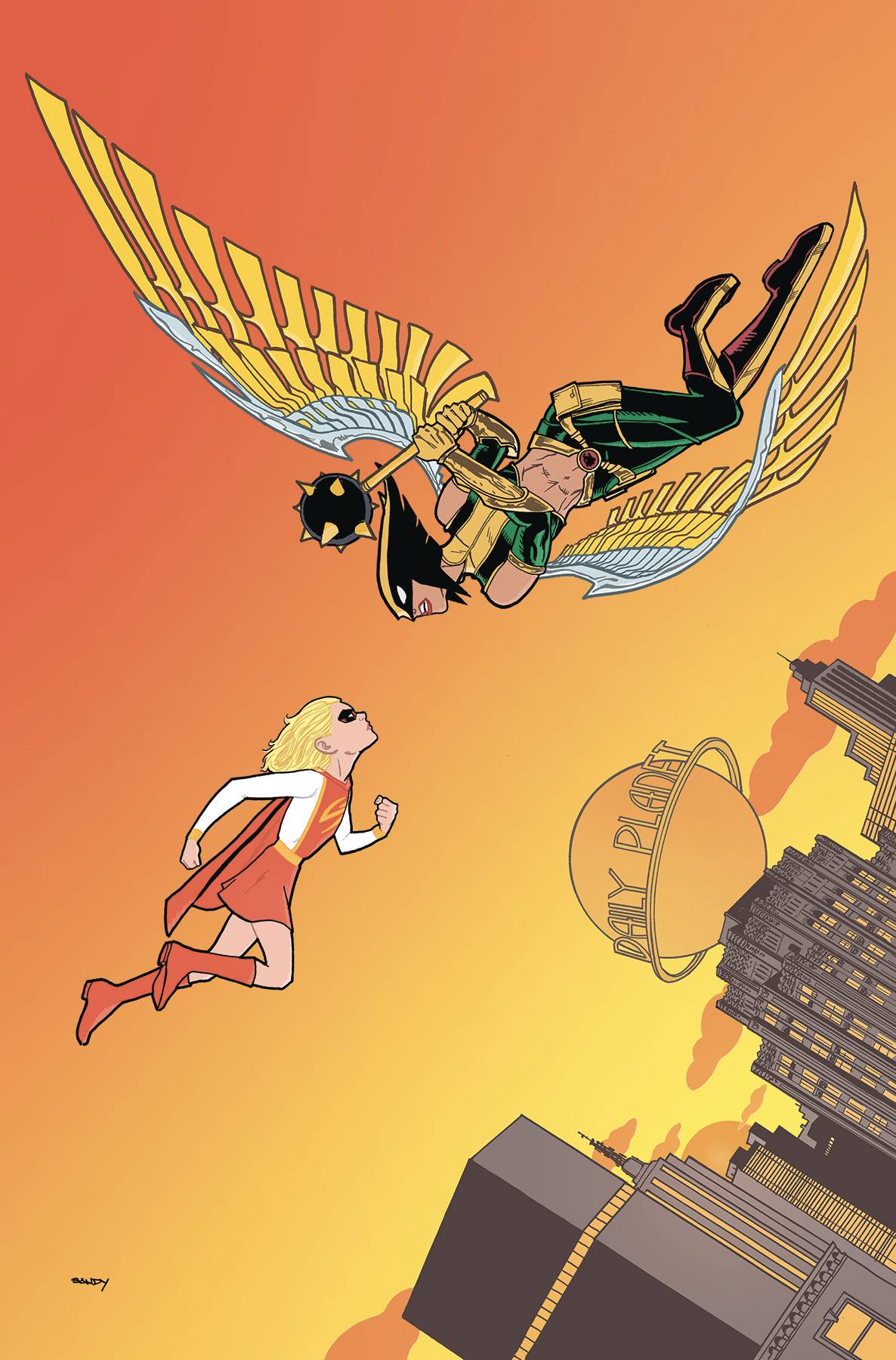 The Horrors from Madame Dragonfly’s cabin are escaping and the town is in danger. At this point, it’s all about whether the Justice League heroes can even survive long enough for the game Mr. Mxyzptlk is playing to end. But, is that really the magical imp’s endgame? Could it really be so simple to put things back to where we joined our heroes? No spoilers for this part reader, you’ll have to dive in to find out for yourselves.

Just How Old Are You?

Black Hammer/Justice League #5 gives us some really nice moments that fall all along the spectrum, and land all the emotions that they needed to. This was a really good time to let the flow come together and Jeff Lemire does not fail us in this regard. The art team, from the cover work through the story itself, has set a gold standard. The artwork is visually stunning, and is unique way and quirky in the way in which it tells this story. The flow has been lovely, even if Jeff has left us on a lofty ledge. The way these characters have interacted is fluid and the humor that lands are definitely worth the read… poor Aquaman.

Guys, Black Hammer/Justice League has been a wild ride; I really don’t want it to end. There have been many twists and turns, both funny and serious, that have made this such a pleasant journey. Meeting these new characters from Black Hammer has been wonderful; I absolutely adore their team dynamic and want to learn even more. Sadly, we’re coming up on the final issue of this mini-series, the one to seal this part of the story. I look forward to reading it and discussing it with you all! See you next time!