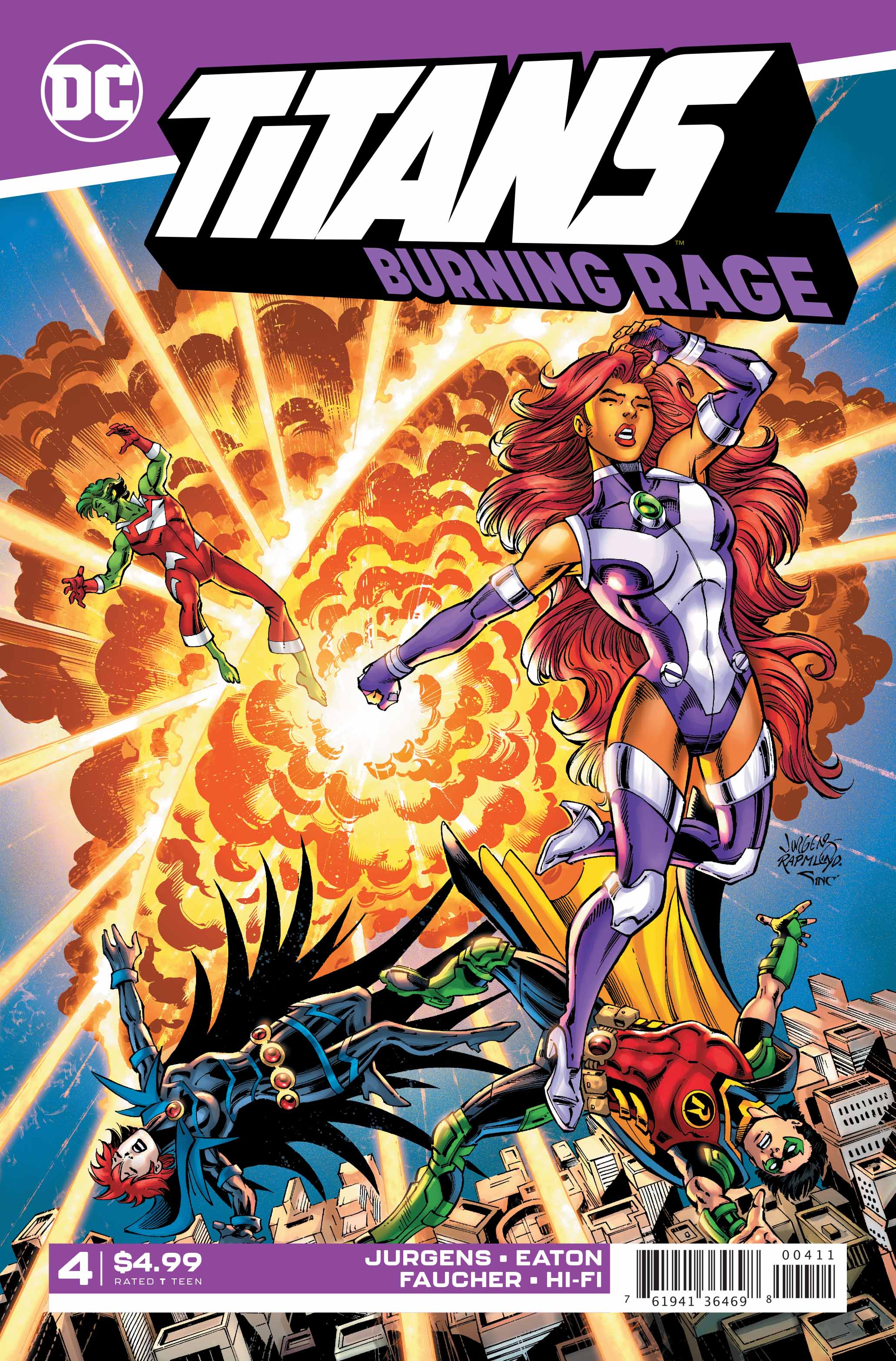 Titans – Burning Rage #4 starts in the shadows and traverses through raging fire and the ocean’s depths. Dan Jurgens, Scot Eaton, Wayne Faucher, Hi-Fi and Tom Napolitano are giving us in one issue what entire series sometimes don’t manage to deliver.

This title isn’t paced like a 12 issue maxi-series at all, it feels like a fully plotted and planned ongoing. Rather than have the one villain from start to finish it feels like we’re being given a wealth of Titans history instead. The clever part is that there’s still this presence in the shadows that seems to be pulling everyone’s strings.

As always Jurgens delivers dead on accurate teen talk, complicated family dynamics and raw action like only a true comics veteran can. Tim Drake’s tech-savvy, Garfield’s fun-loving innocence and Starfire’s passion for justice all shine through beautifully. I wish all team books were as well crafted. 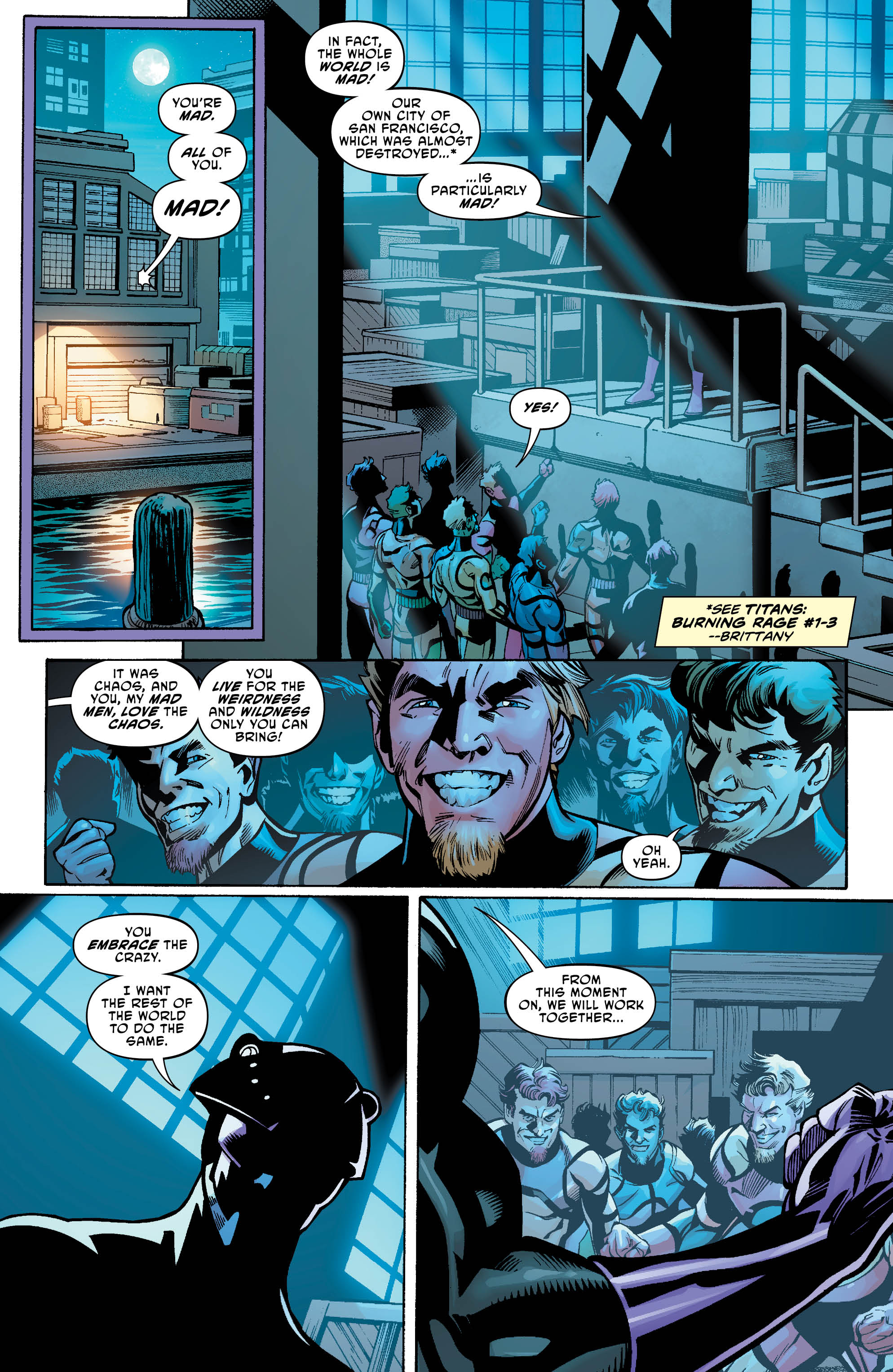 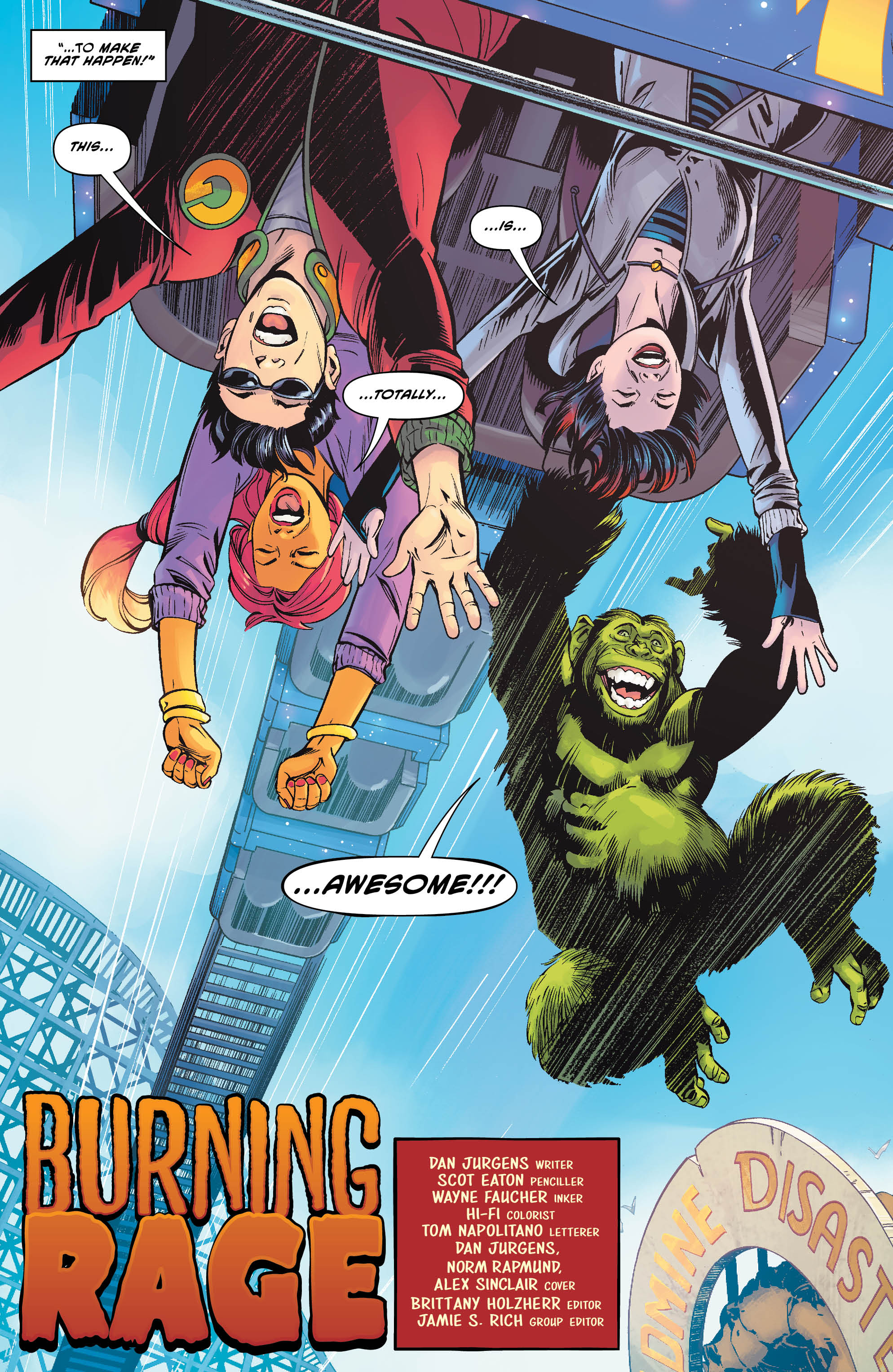 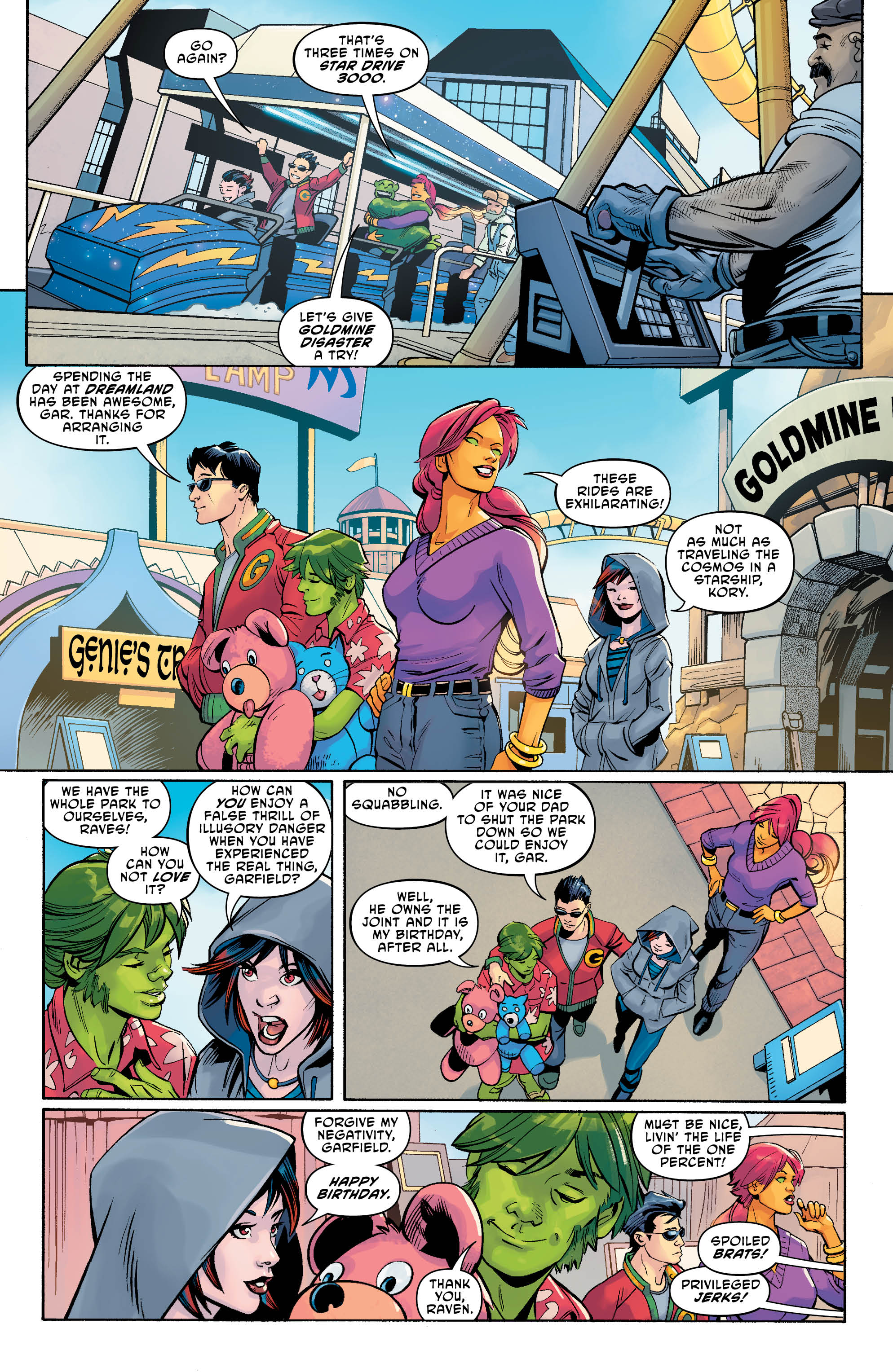 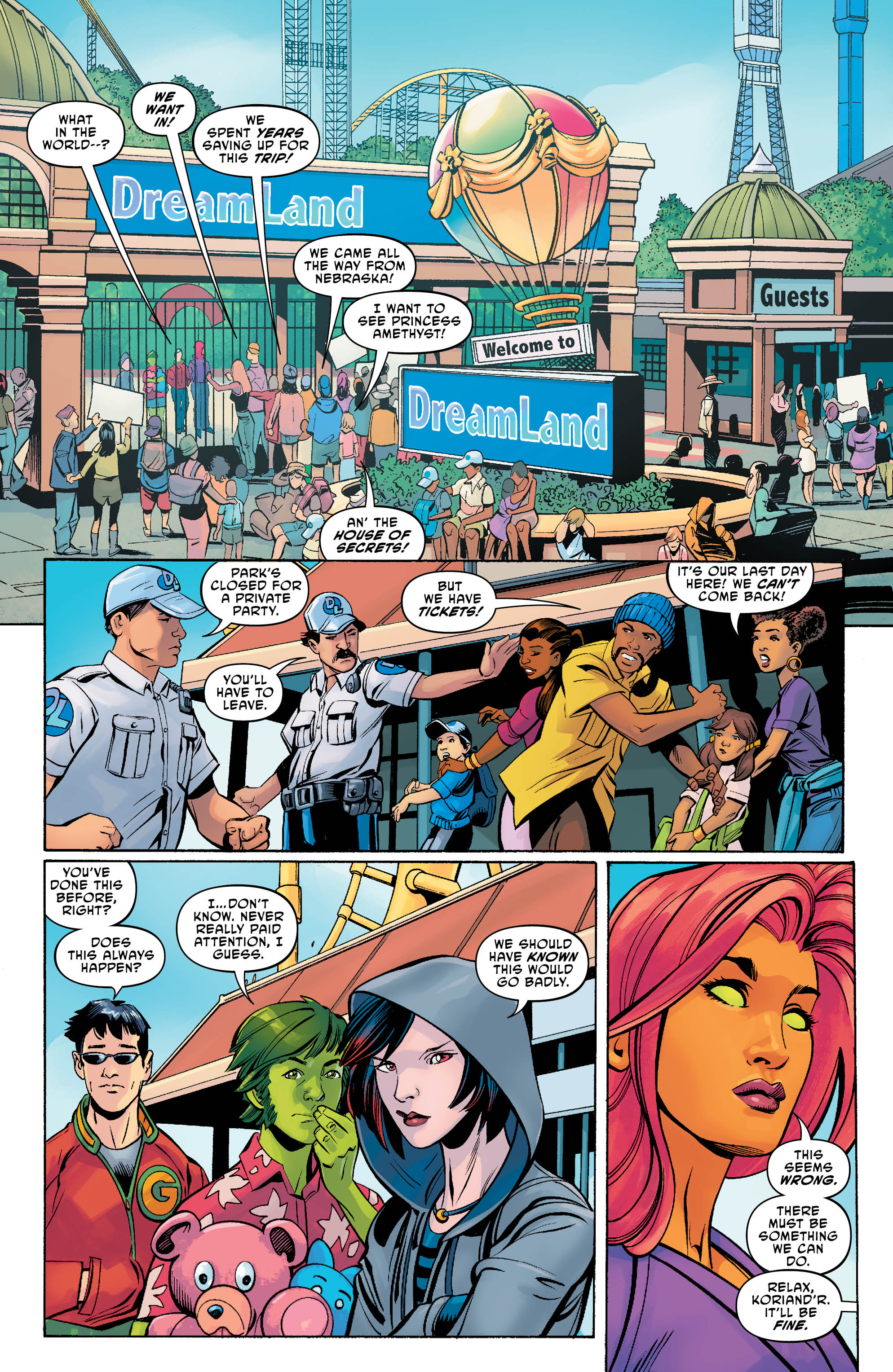 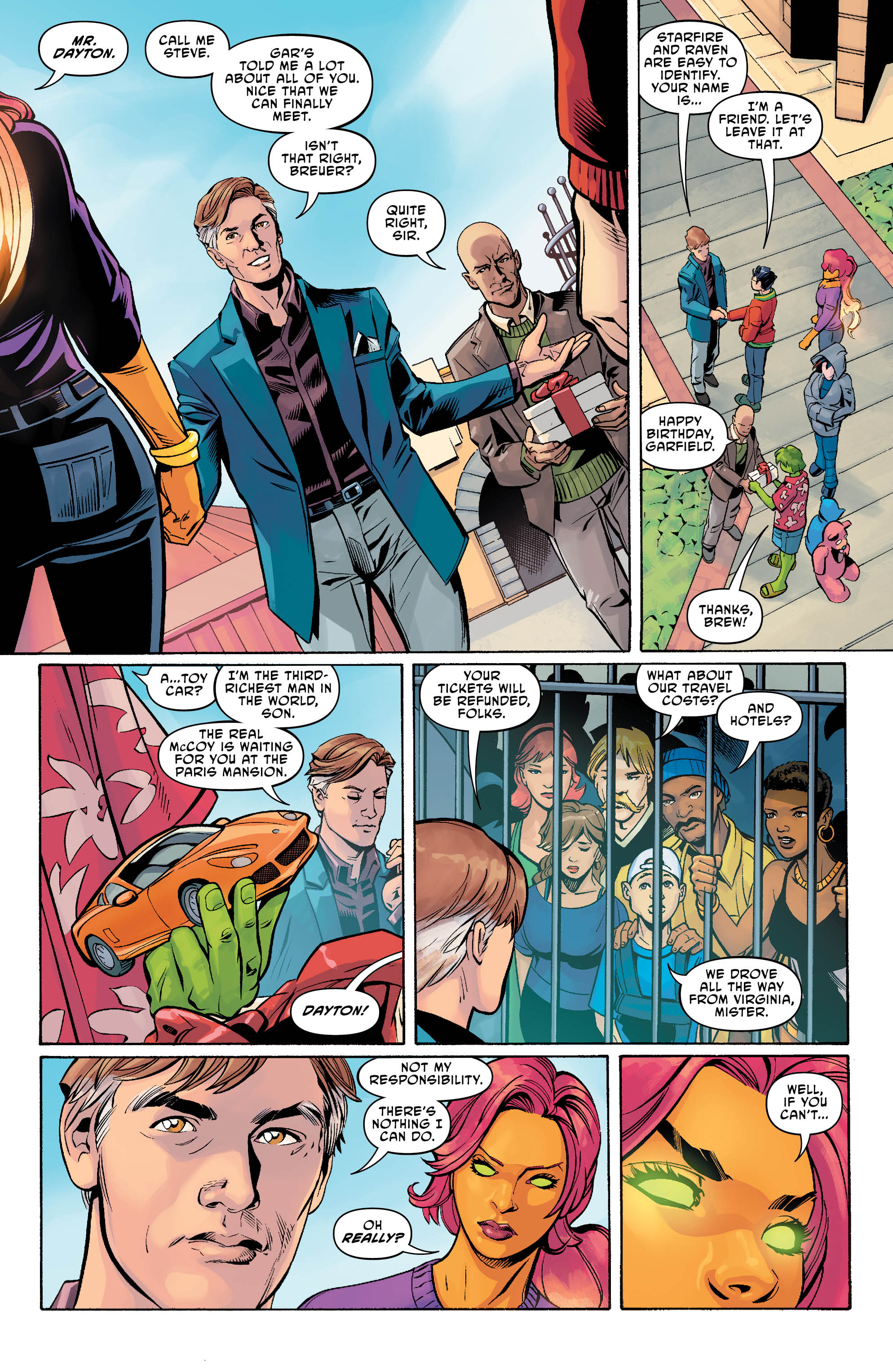 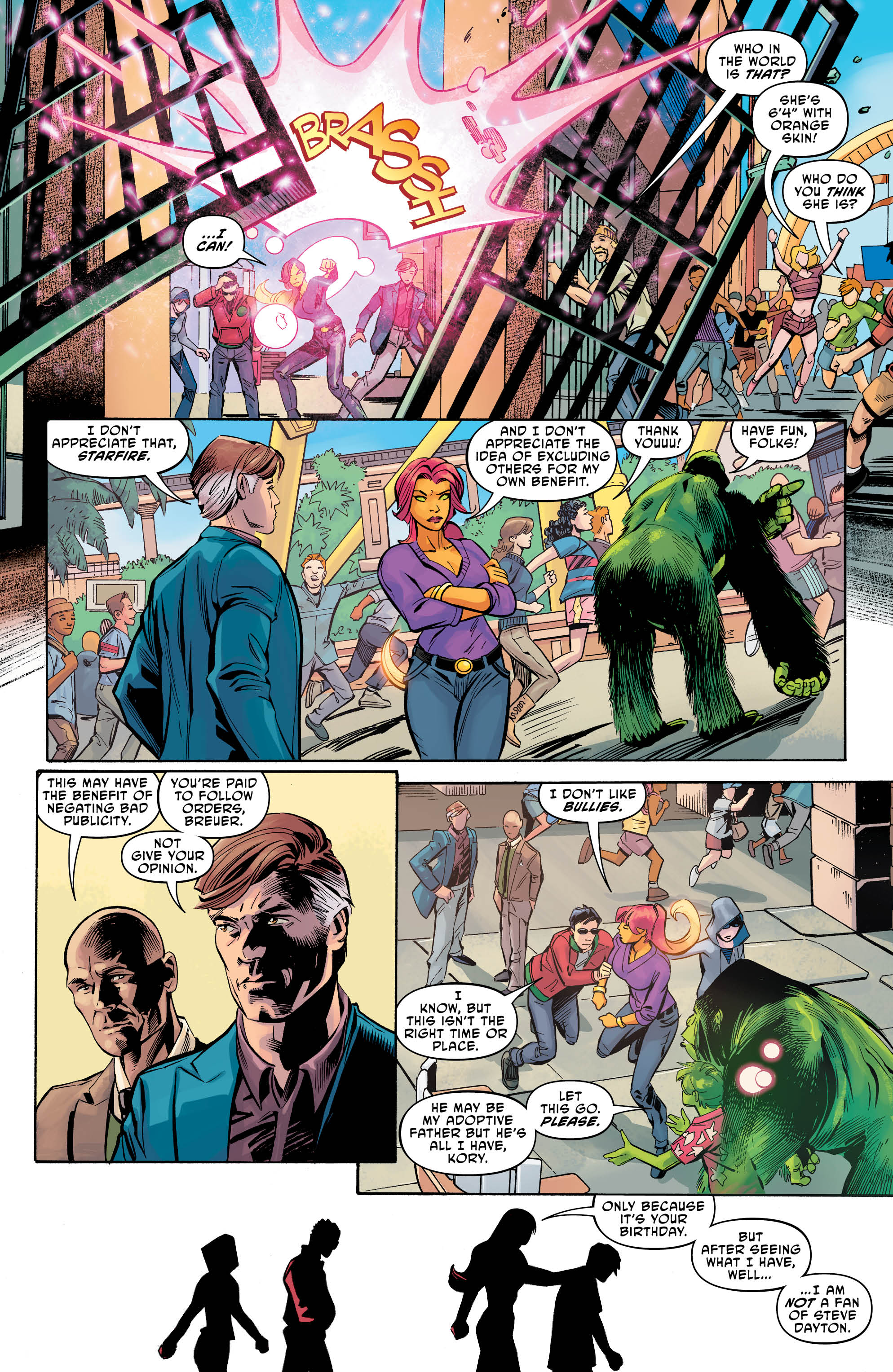 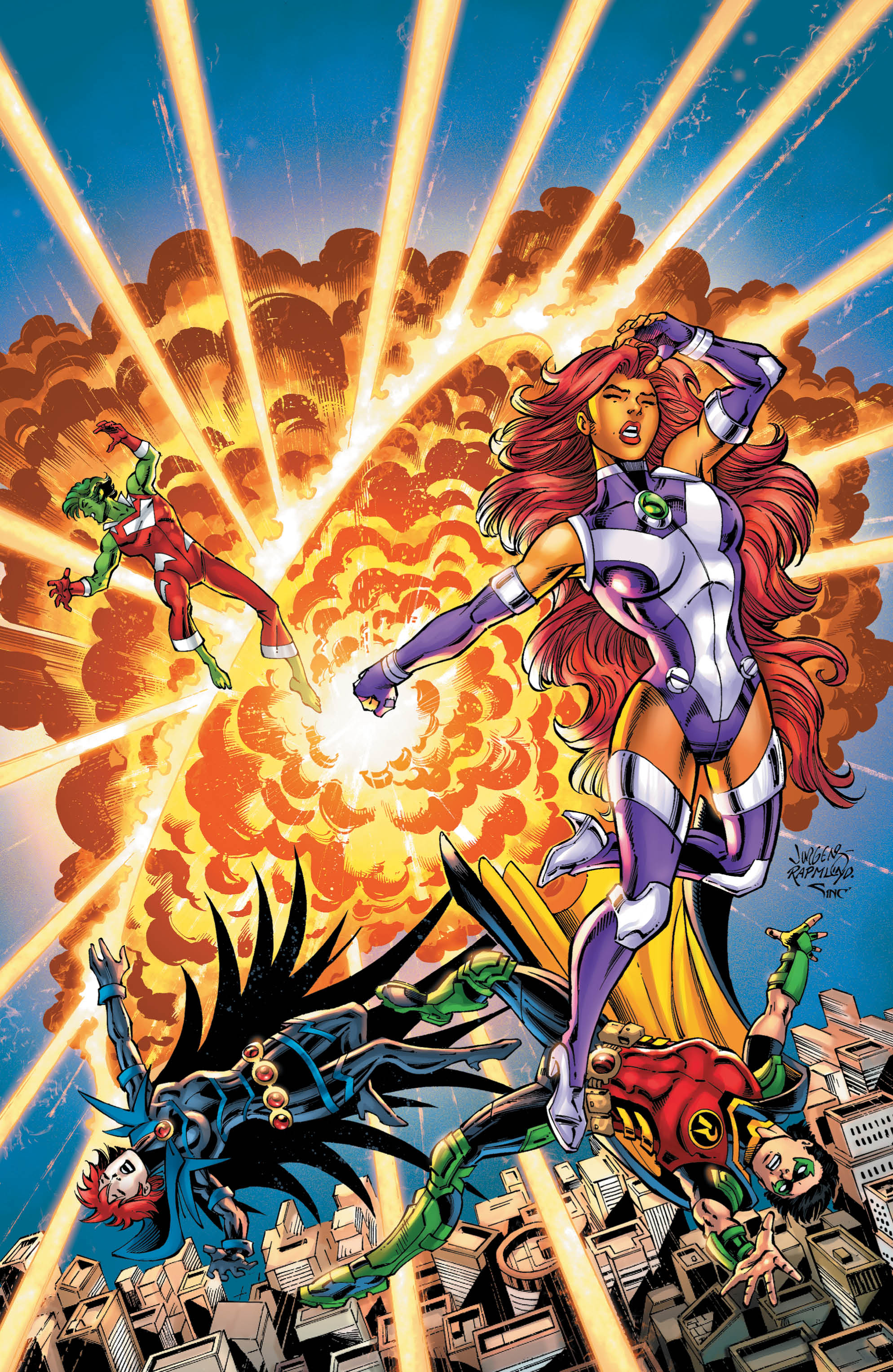 What’s Up With Hank and Dawn?

This series really is like a collection of the Titans’ greatest hits. Not only do we have the mainstays, but Titans – Burning Rage #4 also delivers the Doom Patrol, Mento, and the long awaited return of Hawk & Dove… though not in a way anyone expected. Once again it’s great to have a couple of seasoned pros on the art, to match the quality of the writing. Scot Eaton and Wayne Faucher have probably drawn every DC character imaginable over the years, and they’re pretty darned good at it. Hank and Dawn look great, even if they’re not quite themselves.

Add in Hi-Fi Color and letters by Tom Napolitano, and what we get is a flawless product. Flames, waves, anger and pain… all are perfectly handled. Tom’s work on the final pages, with the puppets repeating what the puppet master is programming them to, must’ve been a little boring and repetitive to do, but Mr. Napolitano’s a letterer’s letterer and the effect comes across as scary and wrong, just as the writer intended.

Not every mini-series needs to be a Crisis On Infinite Earths or a Watchmen. Sometimes all readers crave is a well crafted, good looking action packed and entertaining set of stories. In this respect Titans – Burning Rage well and truly delivers.