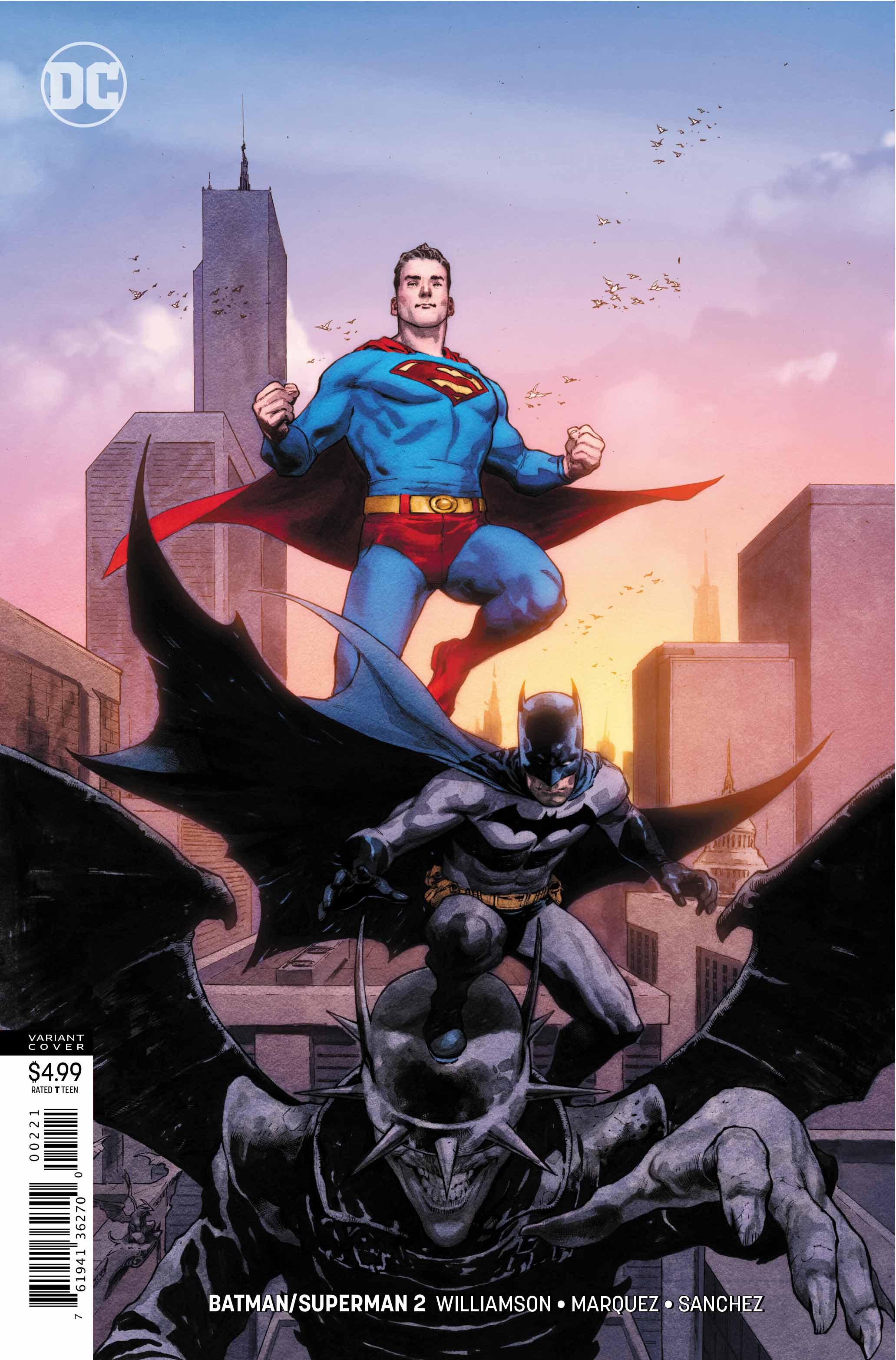 Dark magic floods the pages of this week’s Batman/Superman #2, as the World’s Finest team squares off against The Shazam Who Laughs.

Following the events of Dark Nights: Metal and The Batman Who Laughs, last month’s Batman/Superman #1 revealed The Batman Who Laughs’ (TBWL) master plan to corrupt six of earth’s heroes with his special Joker toxin. His first victim is none other than Shazam or should I say “Earth’s Mightiest Nightmare”.

This month’s issue opens with a bang, as Shazam beats both Superman and Batman in combat. While Batman does manage to wound Shazam, the Earth’s Mightiest Nightmare escapes when Superman is forced to rescue a falling Batman instead of pursuing Shazam.

Throughout this issue, there are numerous revelations. First, Commissioner Gordon has officially gone to the dark side, having been poisoned by TBWL. Second, this poison has not only impacted Shazam but also his alter ego, Billy Batson. The issue ends with Batman and Superman devising a plan to uncover TBWL’s other victims.

During the summer, I attended Comic Palooza in Houston, TX. During the Con, I sat in on an interview with famous Bronze Age Batman artists Neal Adams. At one moment during his talk, he noted a trend in current comics: action sequences have declined in frequency. This is what makes Batman/Superman #2 so much fun: the first half of the issue is an action-packed romp. While #1 focused on the internal monologues of our two heroes, Batman/Superman #2 shifts its focus from the internal to the external, as the plot becomes more action-oriented than character-driven. 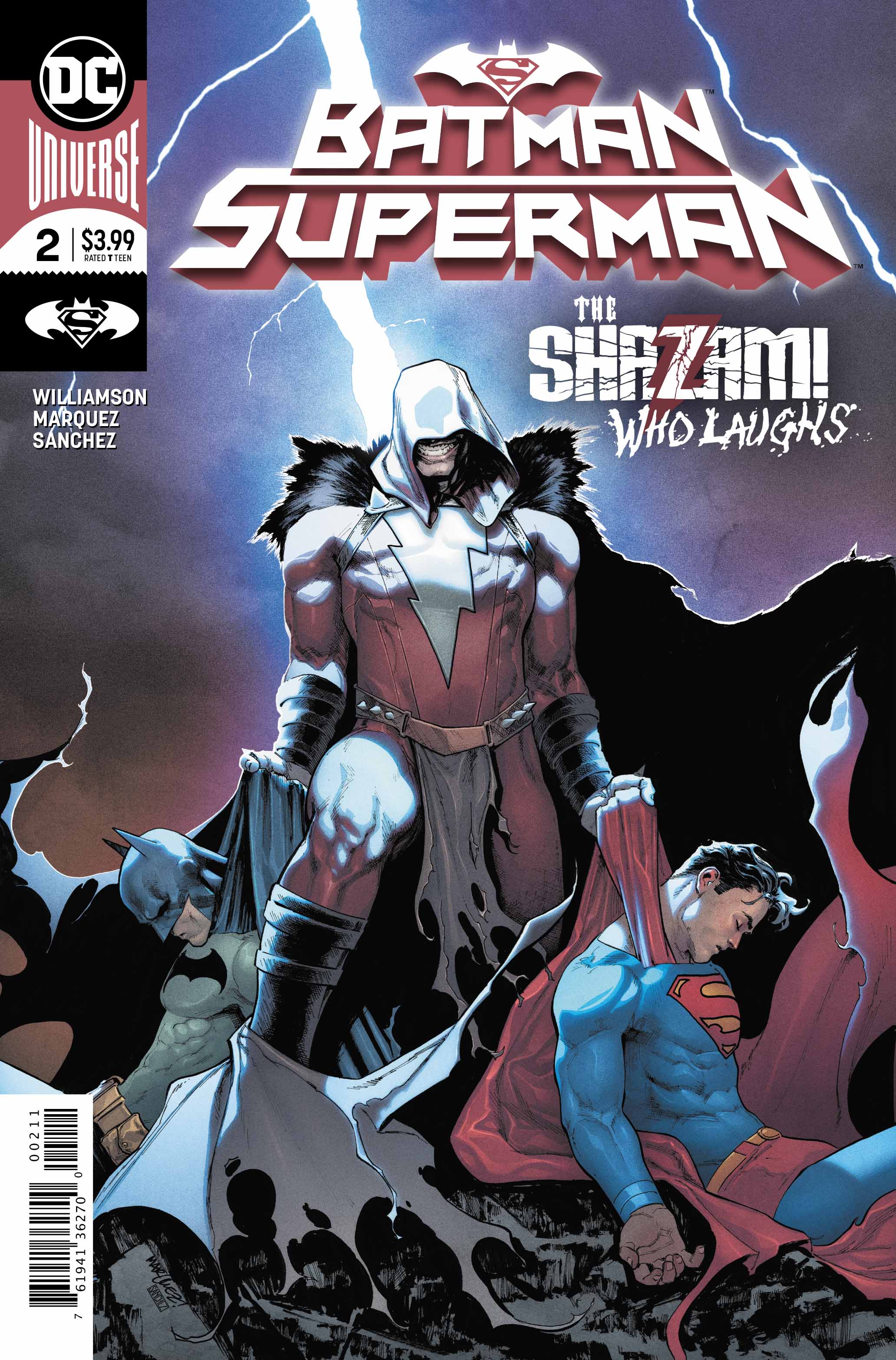 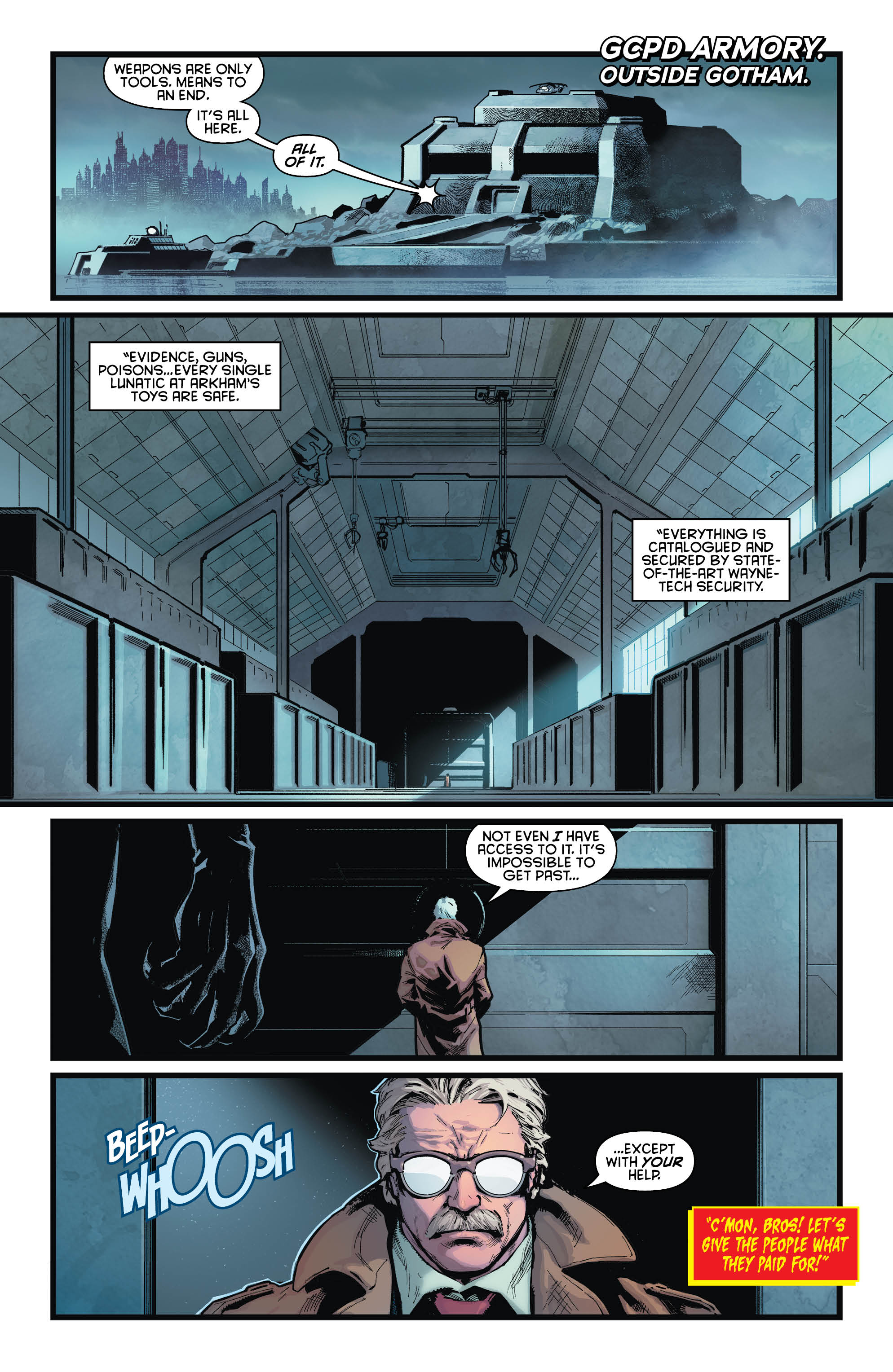 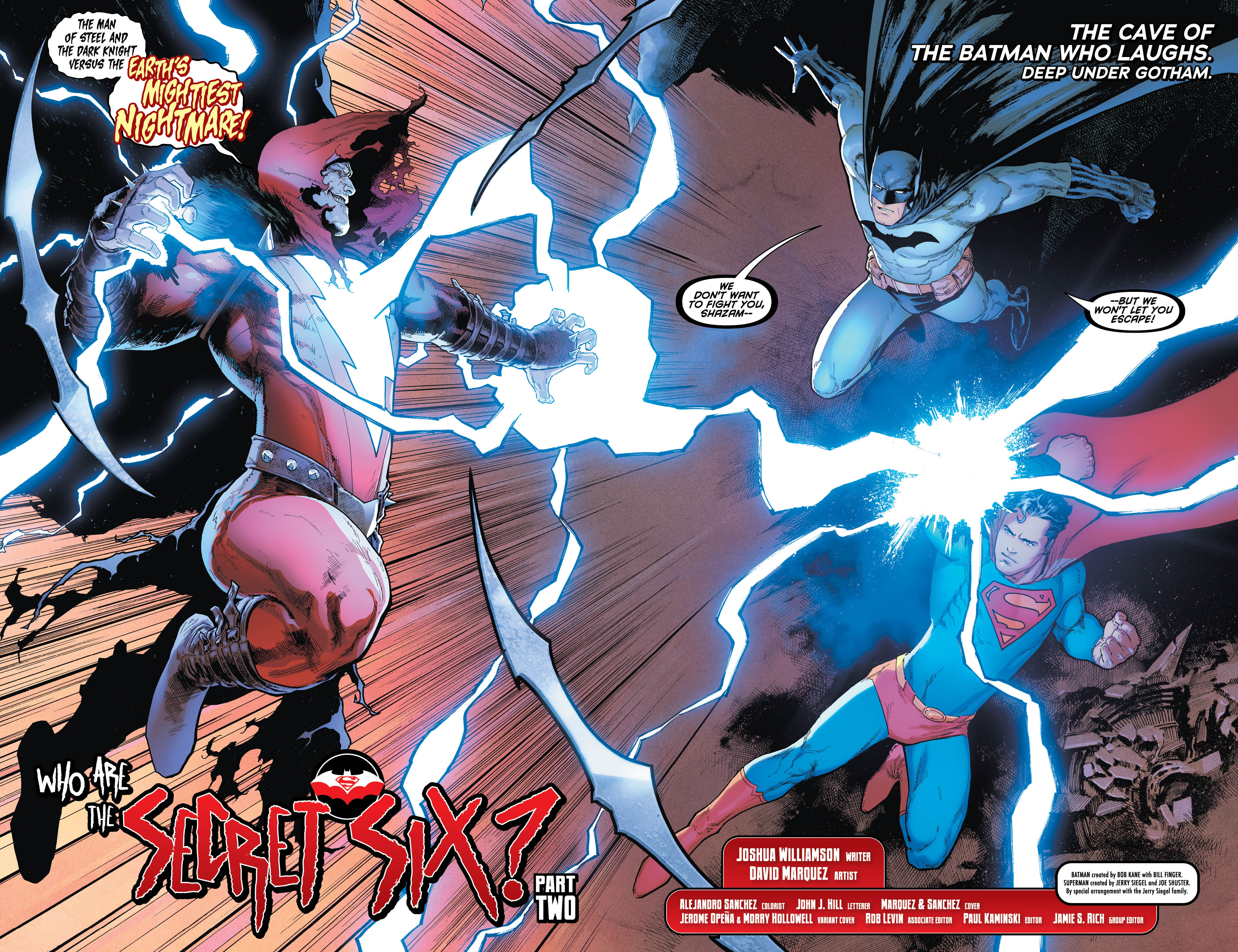 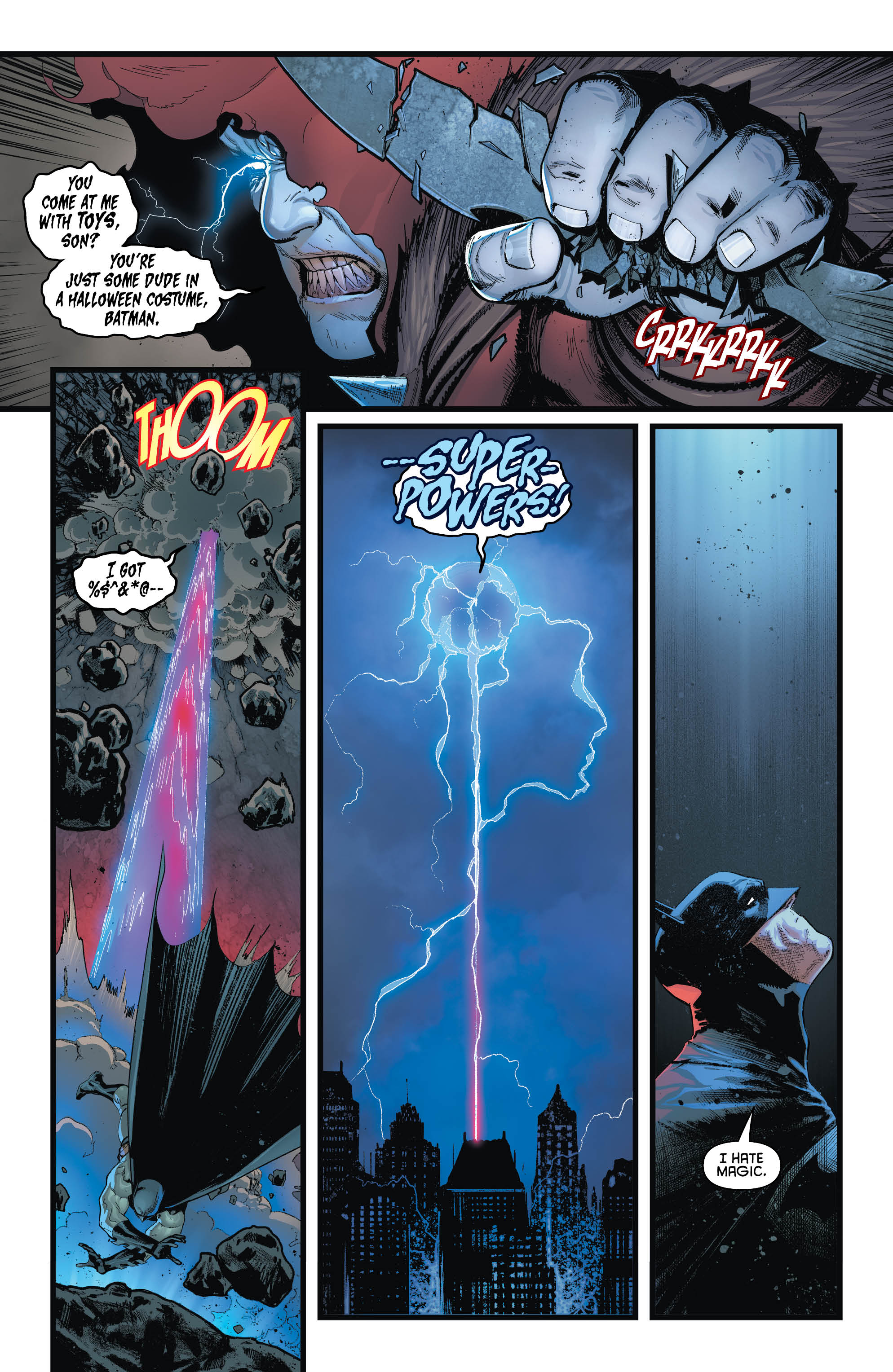 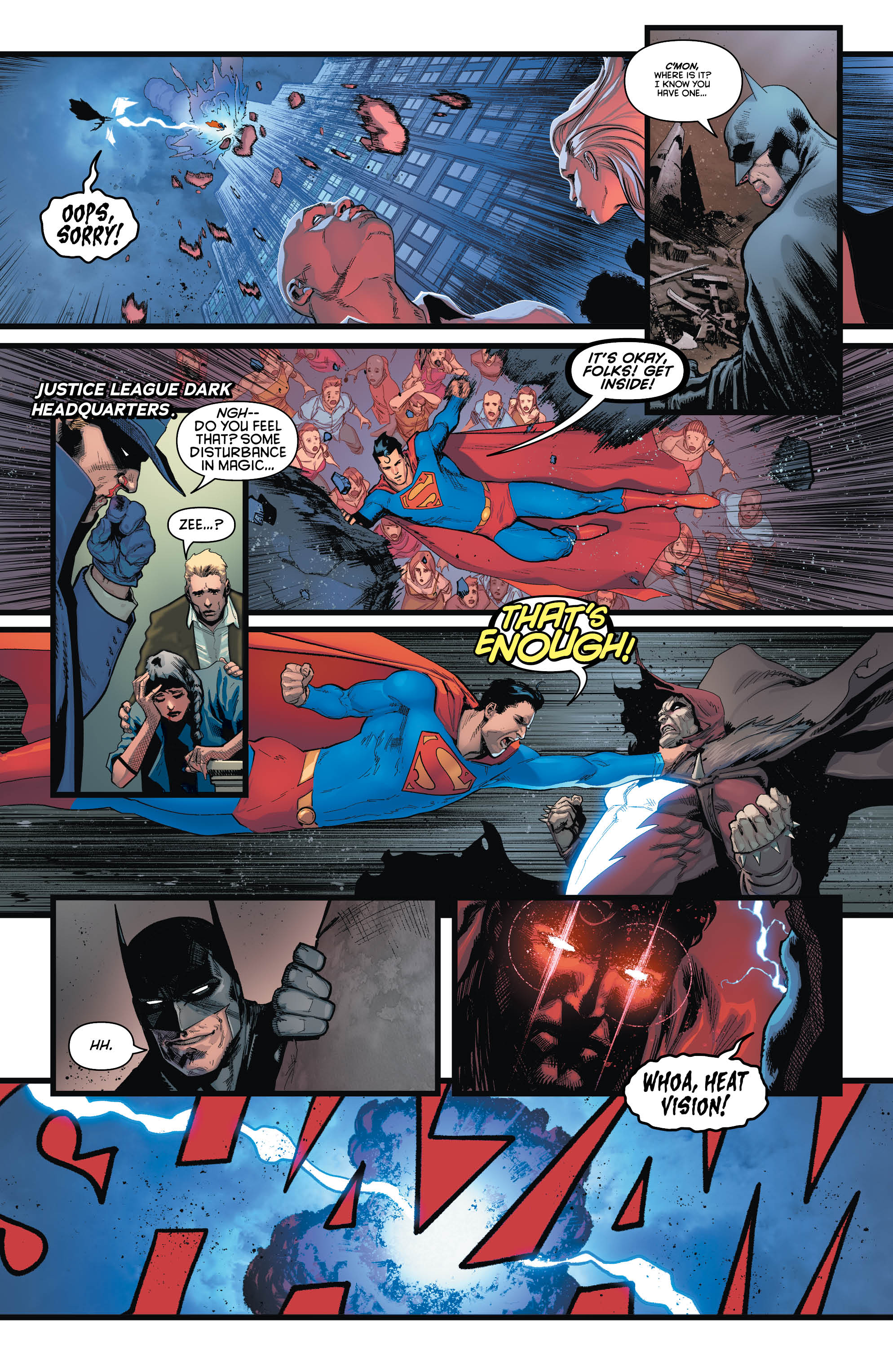 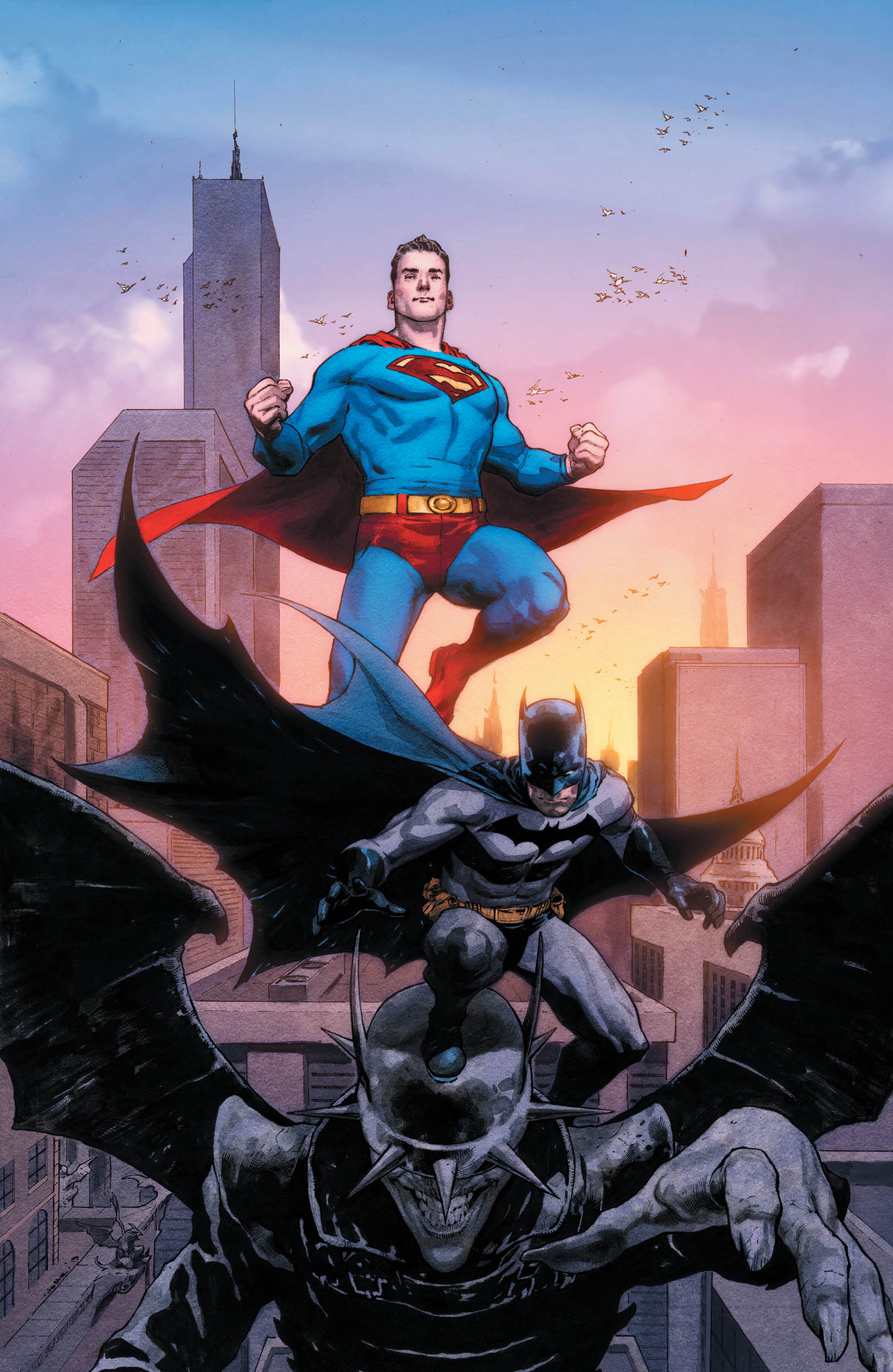 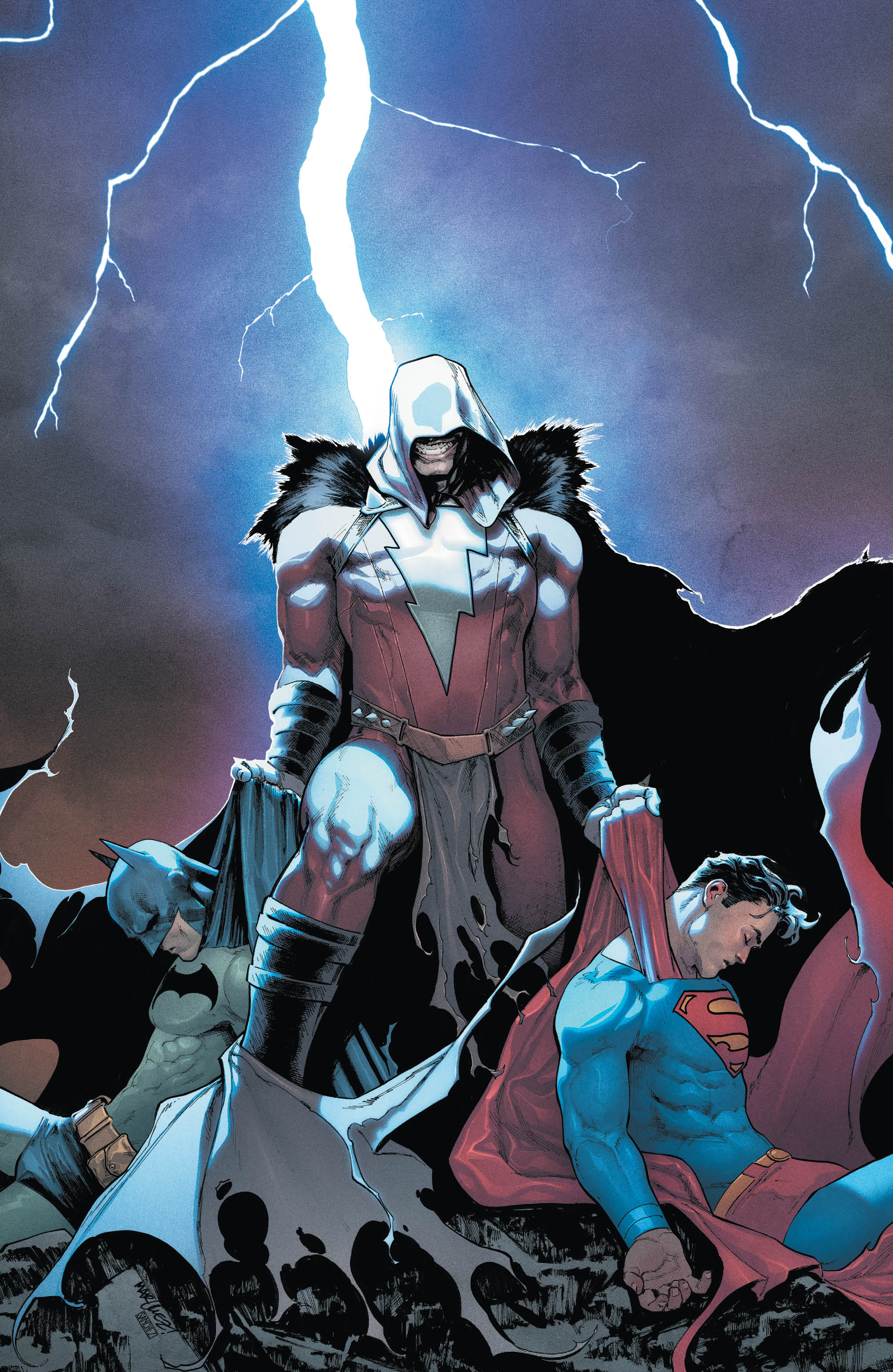 It’s not just any action-packed romp either; rather, it pits one of DC’s most powerful B-List characters against its two most famous creations. This issue contributes to a long-running debate amongst DC fans: who would win in a fight between Superman and Shazam? This is a technical question with an extensive history that concerns power origins and levels – a history and question too complex to unpack in a simple review. Nevertheless, let the record show that in DC’s Rebirth Era, The Shazam Who Laughs bests The Man of Steel.

Once again, David Marquez proves himself to be a phenomenal artist. His action panels are brilliant, flooding the page with dynamic movements and iconic moments. His pencils capture the intensity and verbosity of Williamson’s script. Marquez’s renderings of each character are highly detailed. His work has a certain hyper-realism to it; however, the smoothness of his line-art sets him apart from other artists who fall into this category, such as Jim Lee or Tony S. Daniel. In short, Marquez’s work is a triumph.

Batman/Superman #2 is comic book spectacle at its finest. Williamson’s popcorn script is brilliantly bombastic, as it renders the conflict between Shazam and the World’s finest in an exciting and emotionally charged register that’s rarely captured in a blockbuster title such as this. Marquez continues to produce superb pencils that will undoubtedly result in more work from DC in the coming days. These two creators work incredibly well together, producing one of the strongest new titles DC has launched in recent day. In short, this issue is perfect.

Final Verdict: If you like all things fun and fantastic, Buy. This. Book.