In “Julie Christie” Martha and Thomas confront Crowley over his strange party and demand the return of Patricia. Alfred and his lads track down the identity of a wanted killer.

Thomas Wayne… Somebody Had To Say It!

Thomas Wayne (Ben Aldridge) has been portraying Thomas as a spoiled and cold personality. No passion, just get the job done. He’s revealed as a billionaire who can take entire civilizations down in a conversation between Aleister Crowley (Jonjo O’Neill) and Martha Kane (Emma Paetz). For the first time in the season, the focus shifts from Alfred (Jack Bannon) to a more detailed look at Thomas and Martha.

This is the first sign of passion we have really seen out of Thomas! He’s been a bit stiff in every episode, and the beginning of this one had all of the makings of him being a dud! His sister Patricia, portrayed wonderfully by Salóme Gunnarsdóttir, sets him straight! This appears to be what was needed to really break the stiff acting Ben Aldridge has been charged with in making Thomas a real “brat.” Maybe it was a ruse for a CIA agent, but it was getting tiring! I want Batman’s dad to be a bit stronger and not a spoiled fop! 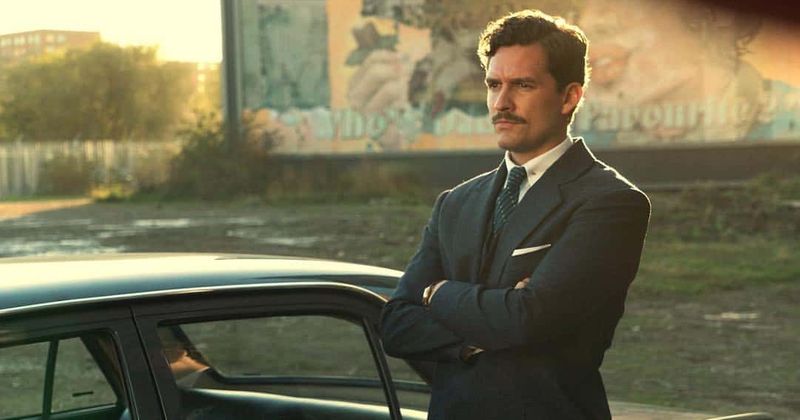 Aleister Crowley – So You Want To Meet The Devil?

I swear I saw a crooked screen again in regards to the arrival to Crowley’s mansion again. I don’t like this guy! He’s the original manipulator and a flea (the world’s most dangerous creature according to Crowley himself), and he wants Thomas Wayne’s soul, “you’ve got a demon inside of you” he tells Wayne. Oh… you have no idea, Mr. Crowley!

There’s no explanation, however, as to why Martha woke up naked and in a maze, and she’s frustrated with Thomas. He gets a piece or two of her mind as well! I can’t quite put my finger on why she appears so frustrated, but she drops an “F-bomb” like no other on this show! 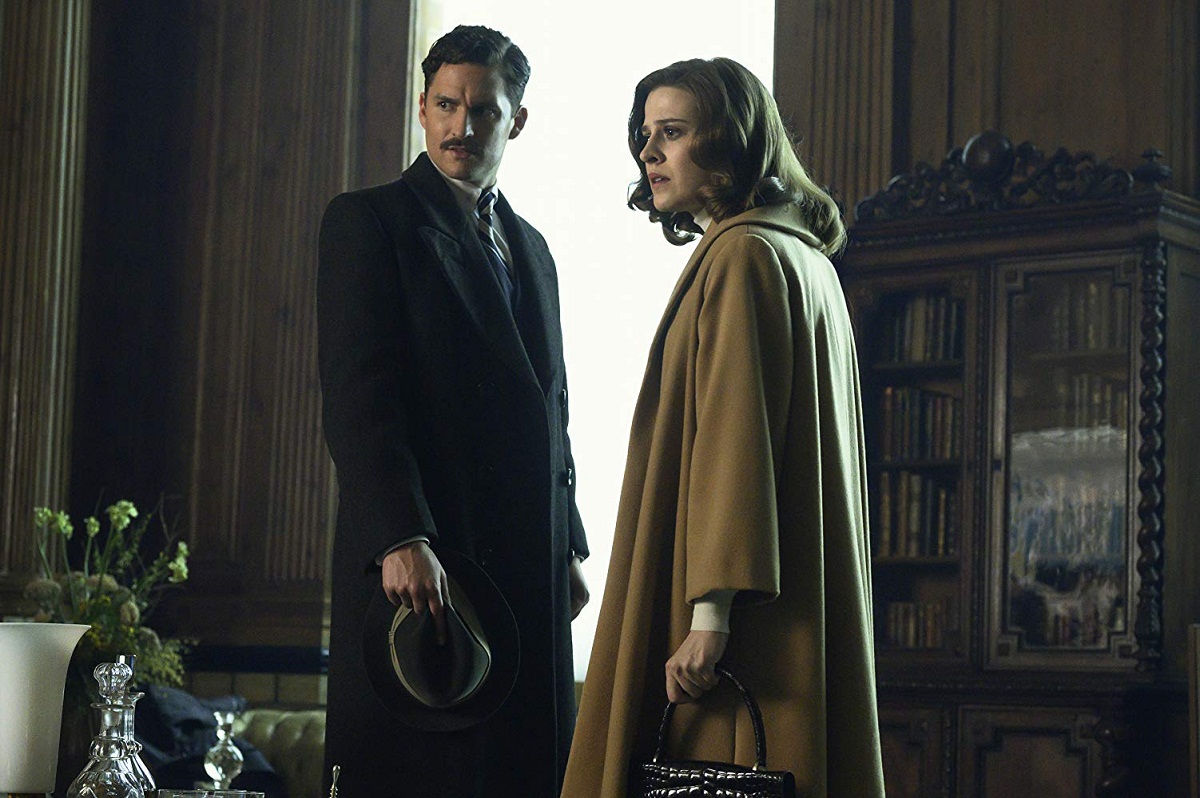 You’re supposed to be dead!

Jason Flemyng’s Lord Harwood seems so much more healthy after being rescued by Bet Sykes (Paloma Faith) and Peggy (Polly Walker). He’s out for revenge and it looks like he won’t rest until he manages to bring down the Prime Minister for torturing him. He meets with Frances Gaunt (Anna Chancellor) and outlines his plans of bringing back the lost glory of the Raven Society. To assist him in his mission are the Sykes sisters, Peggy (Polly Walker) and Bet (Paloma Faith). Harwood also informs Bet that Alfred has managed to track down details about Esme’s (Emma Corin) killer. The duo bumps into each other when trying to kill Captain Curzon (Charlie Woodward) after it’s confirmed that he was responsible for Esme’s murder. The scene between Alfie and Bet at the conclusion… revelation indeed! 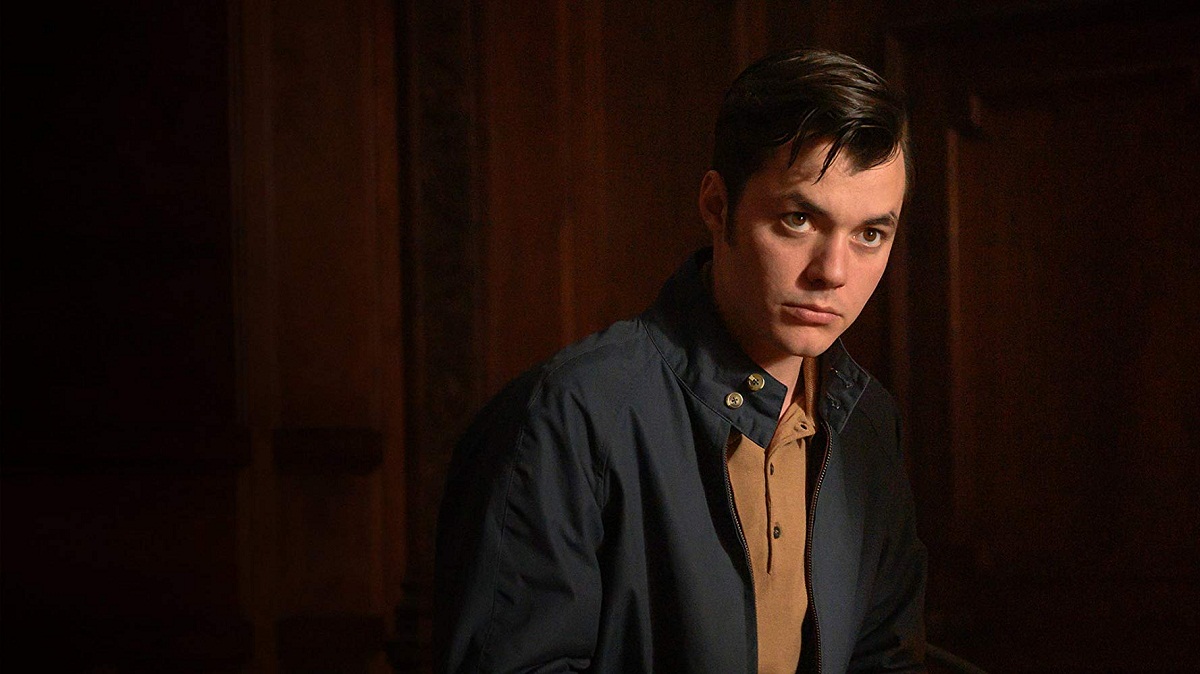 How to clean an engagement ring…”Are you with me?”

Alfred has another poignant  scene with his parents, Mr. Pennyworth (Ian Puleston-Davies) and Mrs. Pennyworth (Dorothy Atkinson). Bruno Heller has written a scene about the simple cleaning of an engagement ring that is pure gold. This brief exchange and affirmation of his father’s acceptance that Esme would have been a wonderful daughter-in-law is priceless, and Emmy worthy in my opinion. The last frame of this episode, though, “Are you with me?” Can’t Alfie have some peace? What great foreshadowing!

“Julie Christie” connects some much needed dots, and from a literal standpoint, breaks stuffy Thomas out of his shell! I’m glad that the focus shifted in this episode of Pennyworth, after all, Alfred, Thomas and Martha are the three prong stool that eventually props up the entire Batman canon!