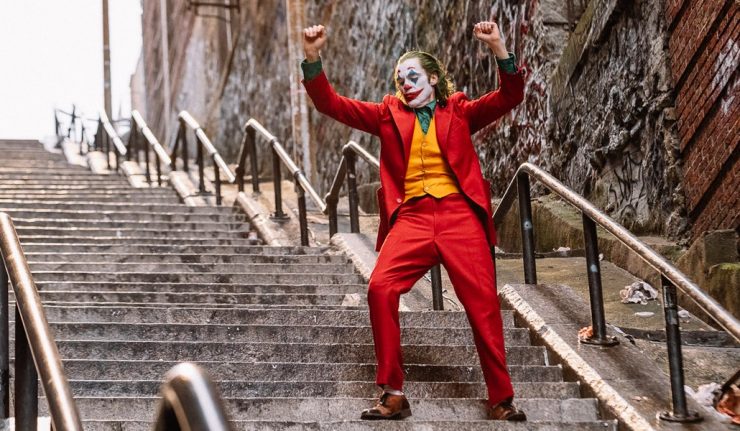 Joaquin Phoenix’s Joker is projected to have a bigger opening than Shazam!

According to boxofficepro.com, Joker‘s opening weekend could earn anywhere between $60 to $90 million. This prediction beats Shazam!‘s modest $53 million weekend. In fact, it could even potentially beat Aquaman‘s $67.8 million opening weekend too.

While it is exciting news for fans of the Joker, Phoenix, or director Todd Phillips, there are other possible obstacles. The prediction site cautions that seeing another interpretation of the Joker so soon after Suicide Squad’s Jared Leto may impact interest.

Of course the biggest factor is the film’s ‘R’ rating. Rated R films typically do less business than the more family-friendly PG-13 releases. Unsurprisingly, parents are more willing to take their kids to see something like The Avengers, as opposed to The Godfather.

There is one odd factor that may impact Joker‘s box office: a leaked script. A seemingly legit script for the movie is floating around online. No doubt that die-hard fans have already poured over it. However, reception to the script may or may not dampen enthusiasm for the movie.

Fortunately, for Joker, its budget is far lower than any other comic book movie. Another good thing the film has going for it is strong buzz. Trailer reactions have been good and preview screenings have generated positive praise. Given that the movie will debut at the Venice Film Festival, it could also receive positive pre-release word-of-mouth.

Realistically, Joker is not a typical comic book movie, so it probably won’t earn money like one. These films normally open huge on their first weekend and take dramatic dips in the second. Avengers: Endgame for example, opened domestically to a massive $357+ million weekend and then dropped almost 60% in the subsequent week.

What will probably happen with Joker, is a modest opening and then strong legs to earn a more consistent week-to-week box office, similar to drama movies. Still, if it beats Shazam!‘s opening week, that would be exciting enough!