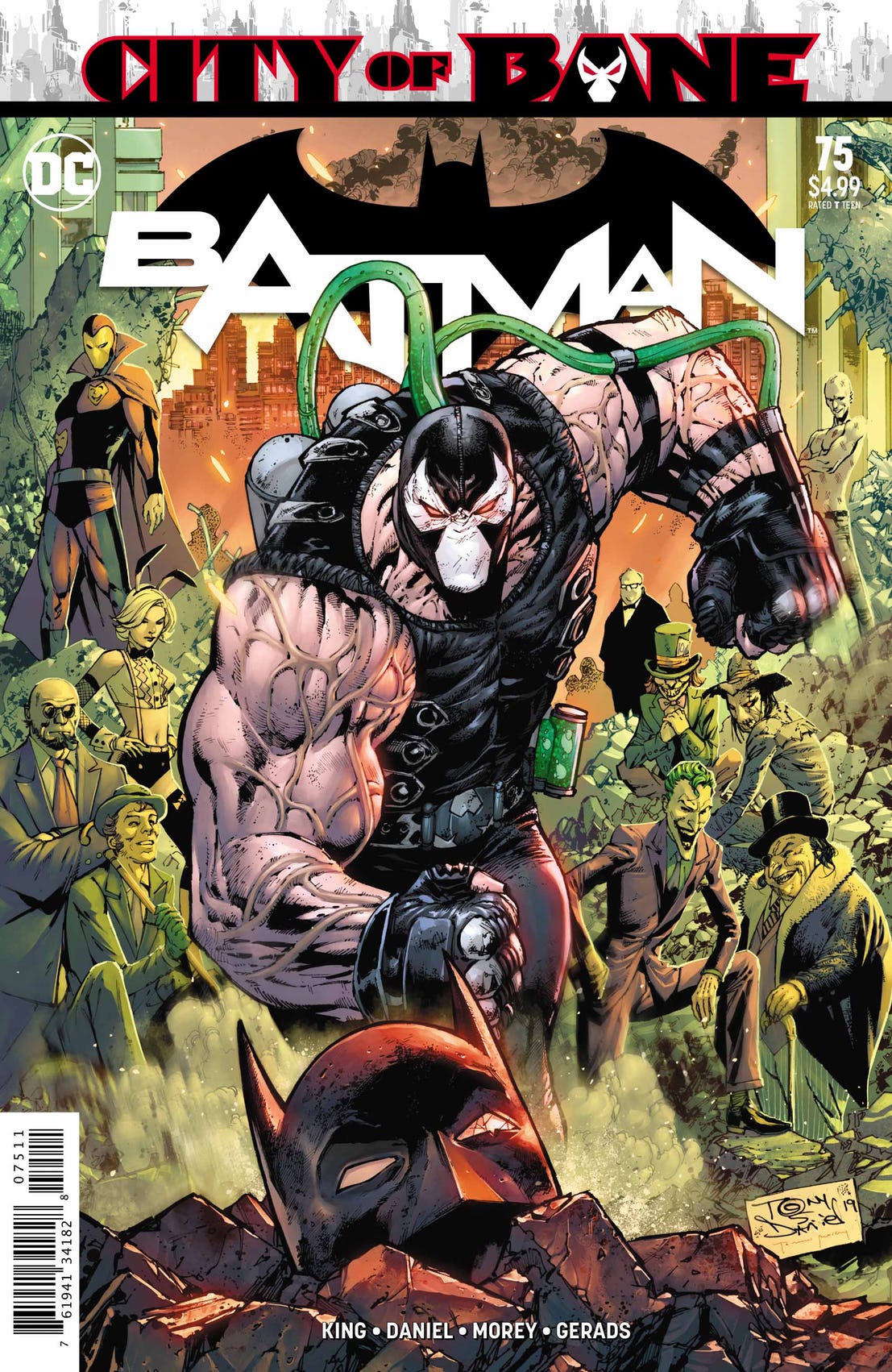 Batman #75 kicks off the epic “City of Bane” arc. While the plot does provide some enjoyable narrative advancements, it also treads some familiar ground for long-time Bat-fans.

The main plot of the issue is in the title. Bane and the rogues gallery have taken over Gotham City in Batman’s absence. Despite the dark premise, the comic is actually a lot of fun. It would be one thing for the villains to run Gotham like some apocalyptic state, like in Zero Year, but the appeal in “City of Bane” is that the villains have kept most of the bureaucratic structures in place. It’s fun and amusing seeing Hugo Strange as acting police commissioner, or Riddler and Joker as detectives. People will quibble if the Joker could ever work well with others, but there’s even an explanation as to why he’s acting, seemingly out-of-character.

Writer Tom King also ties this issue into the “Year of the Villain” event going on in Justice League and throughout the DC Comics Universe. The tie-in plot is simple and elegant, and doesn’t derail the main storyline. 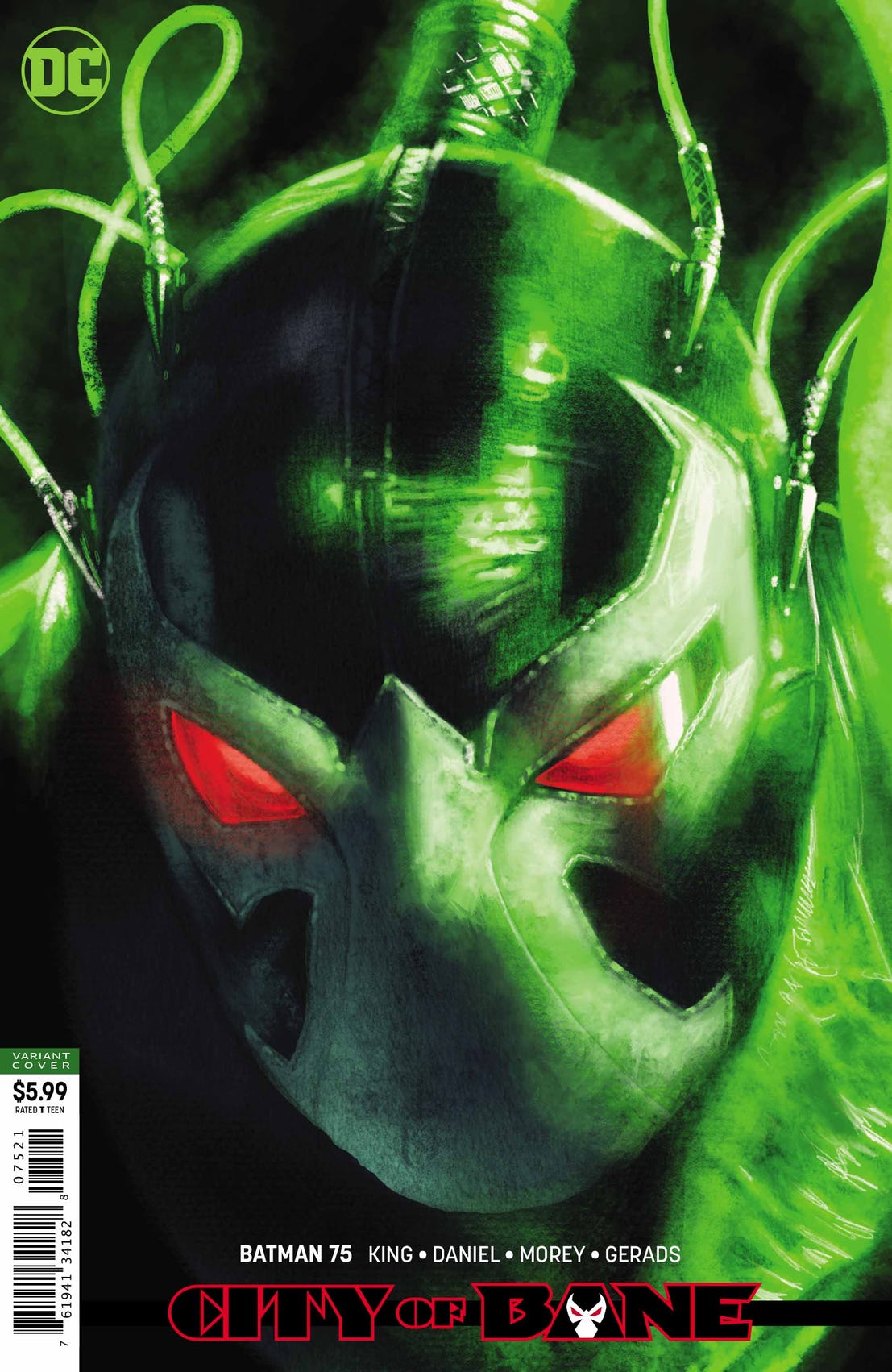 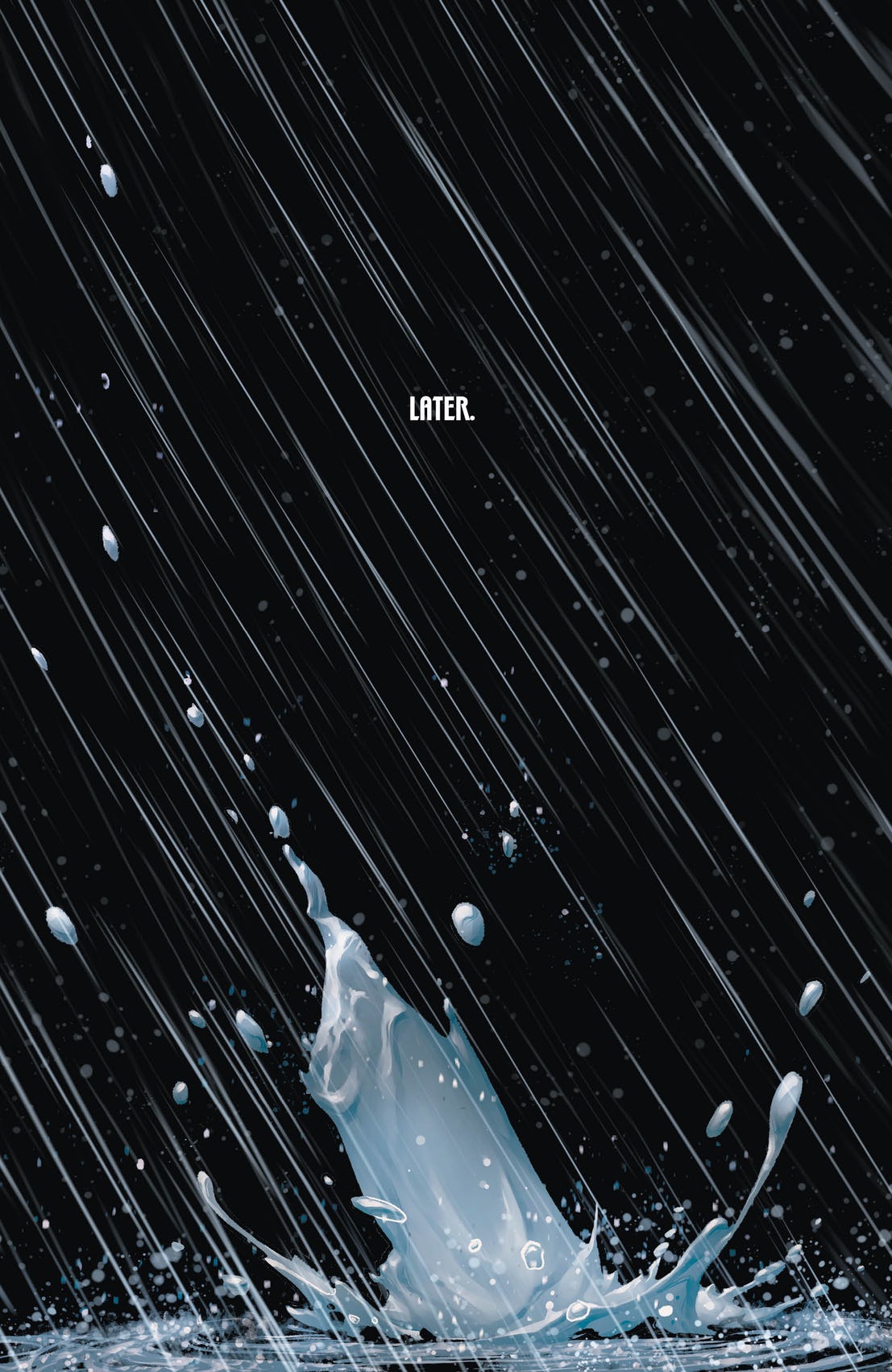 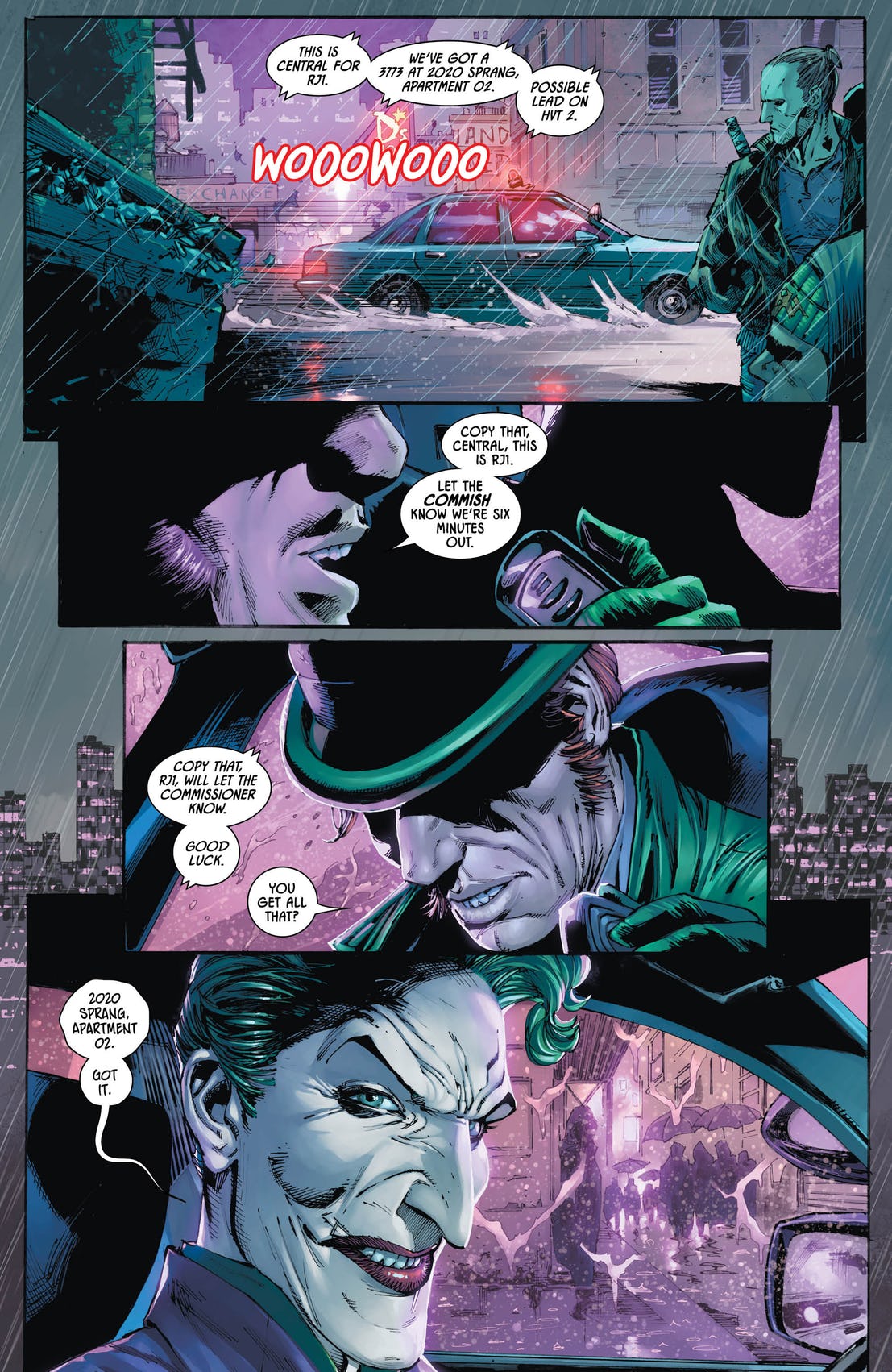 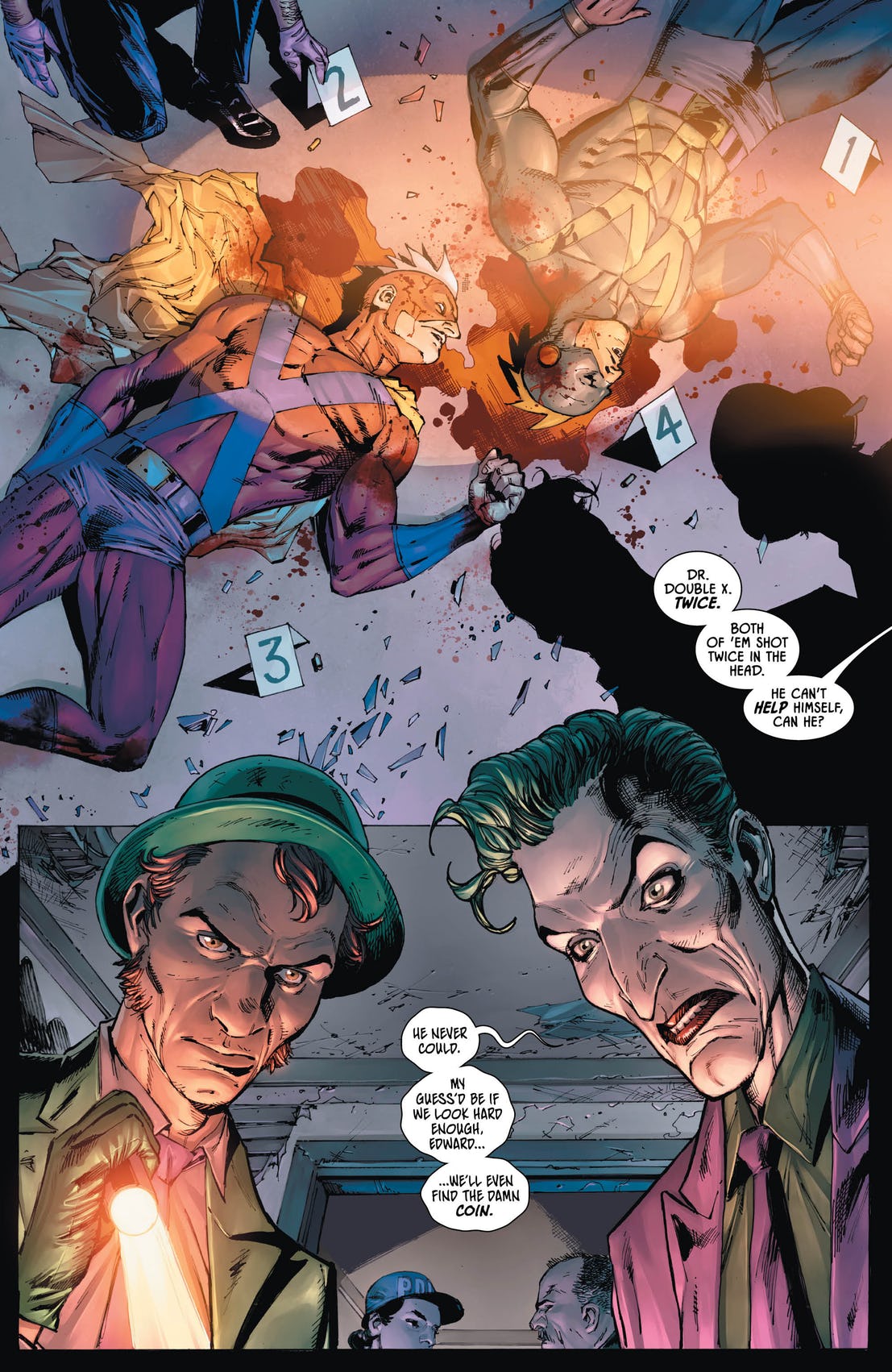 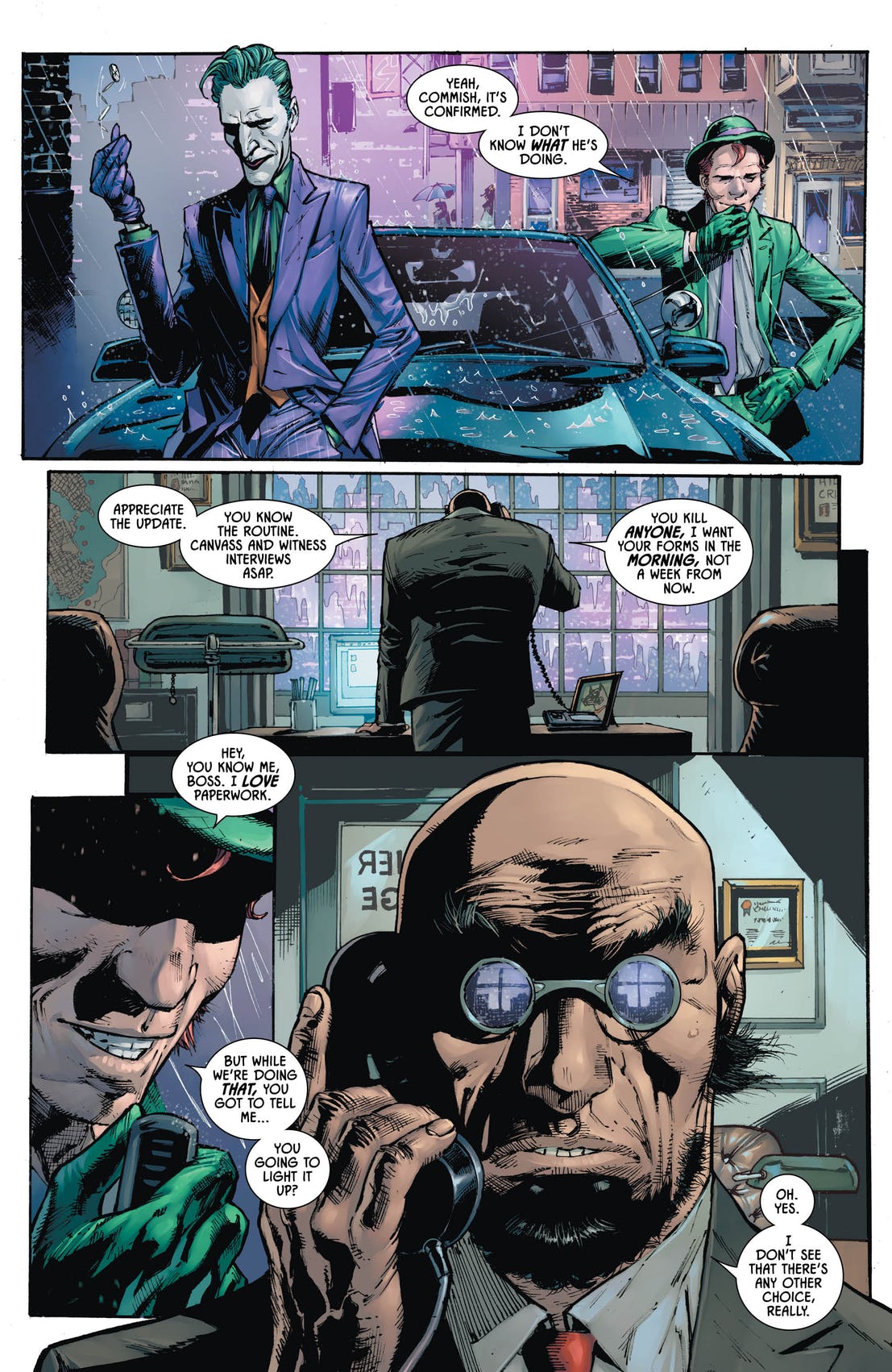 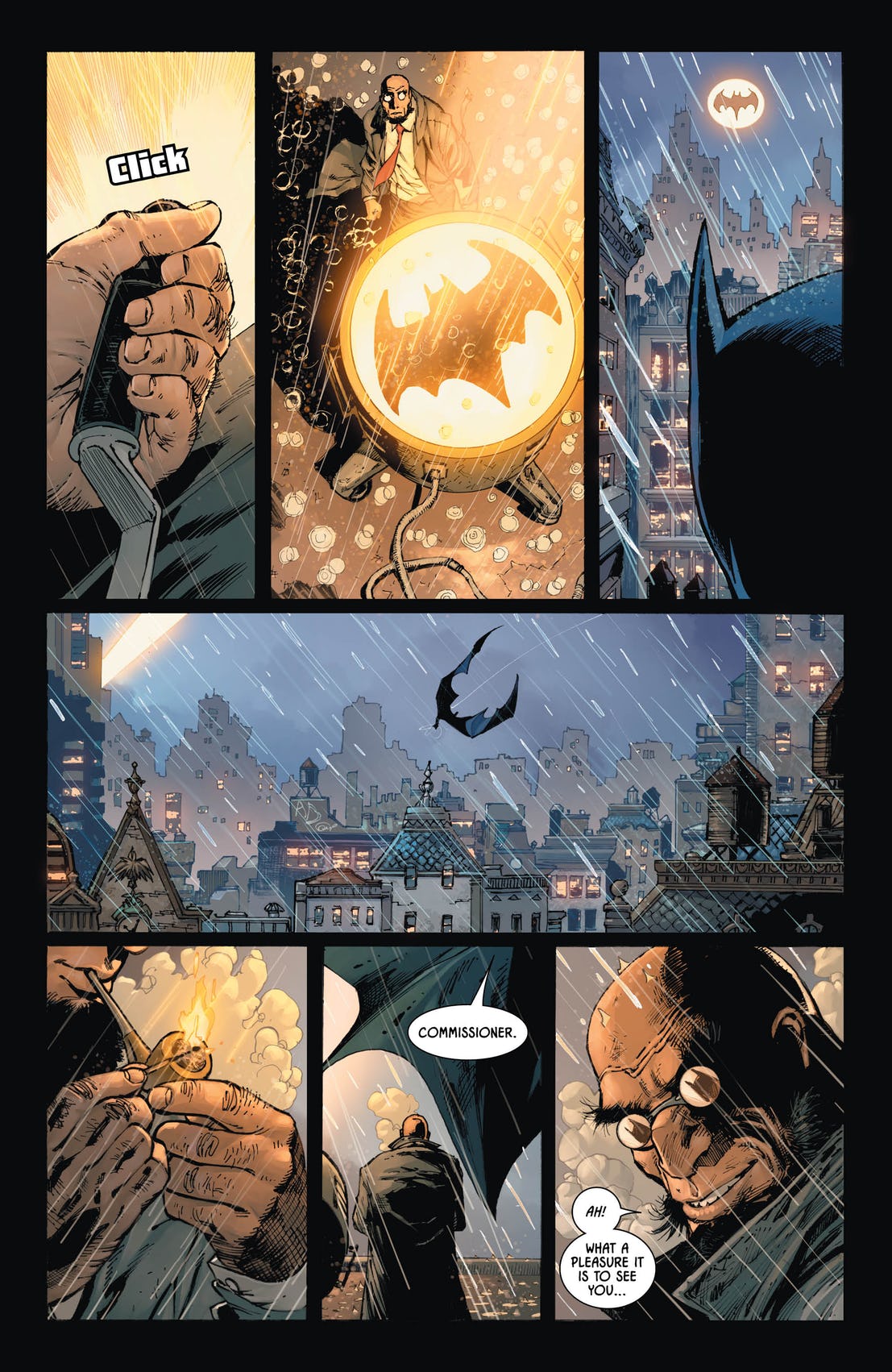 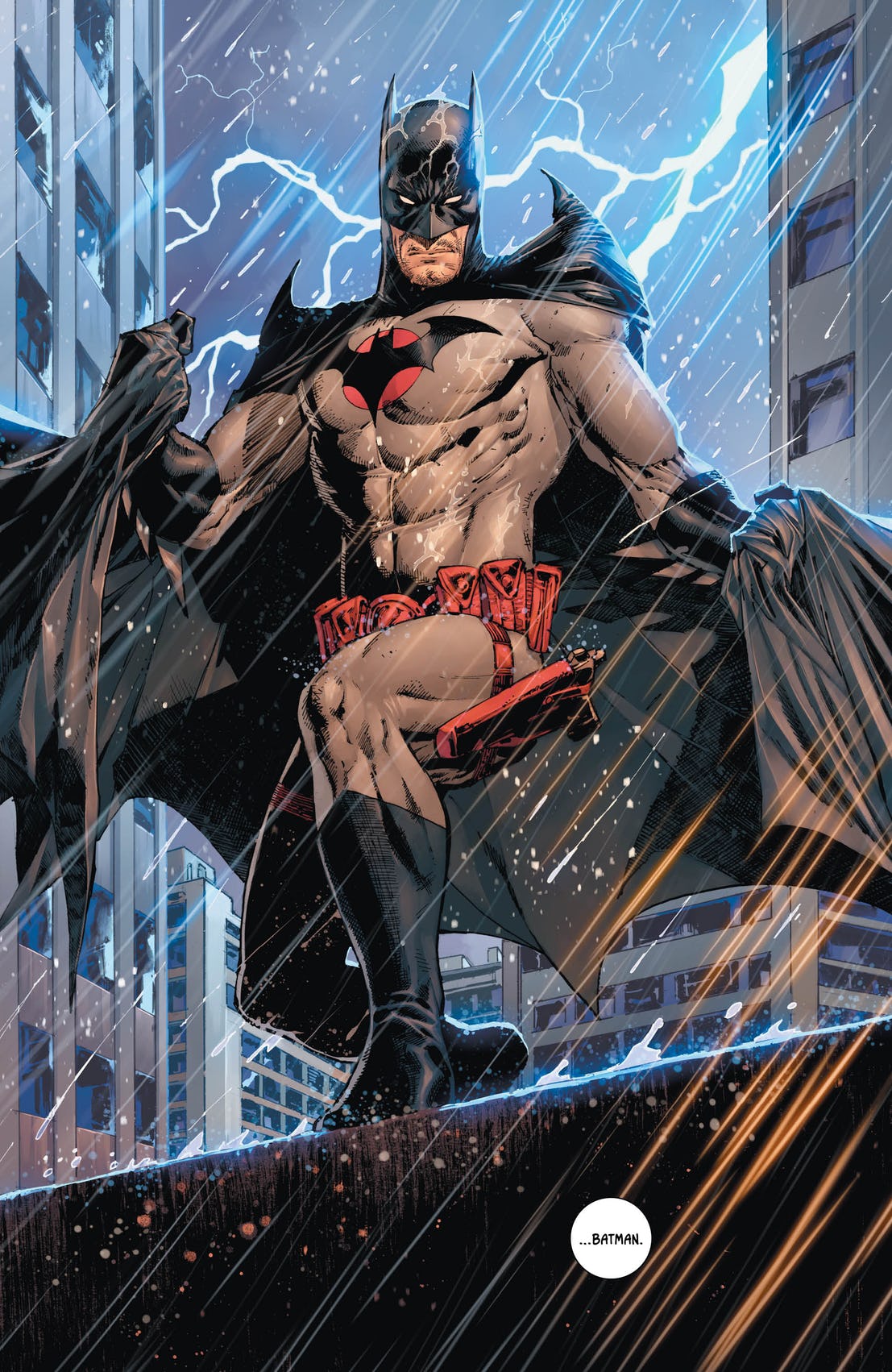 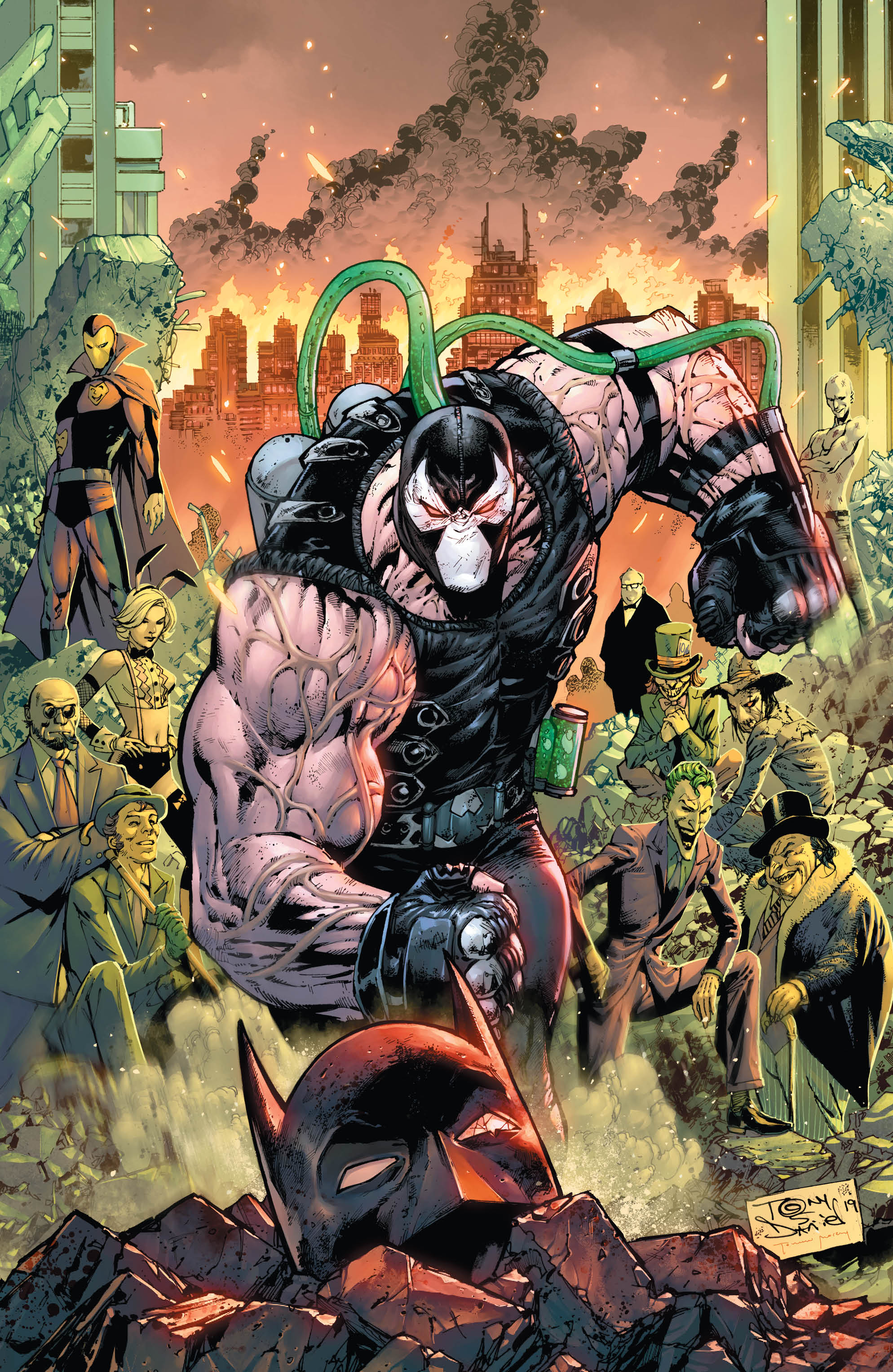 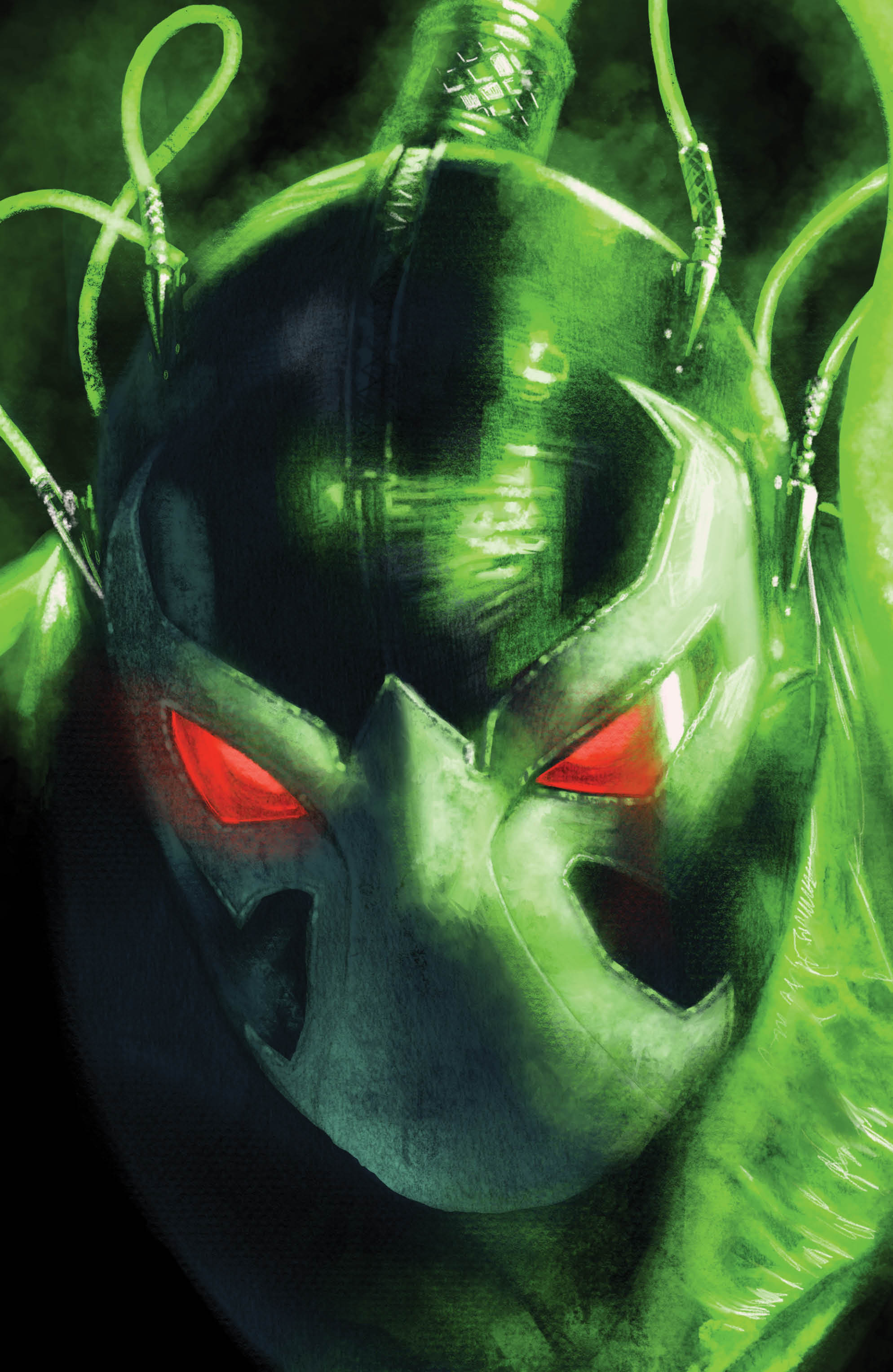 Batman #75 features two artists: Tony Daniel and Mitch Gerads. Between the two of them, Gerads is the stronger artist, in my opinion. Daniel’s anatomy is a little too loose for my tastes. His figures look a too wiry and thin, especially their heads. Plus, his Joker’s face looks weird. Gerads’ art is much more powerful and dramatic. It’s looser, but conveys far more tone and drama. The shift of artists happens about two thirds of the way through the story. One wishes that the art was divided into the two driving plot threads: Bane’s and Bruce Wayne’s.

A Tale as Old as Time

While King has created a fun premise, it’s also treading some well-worn old ground. Batman is arrogant, fails, then Gotham is taken over by villains in his absence. This is literally the same plot for Zero Year, No Man’s Land, and The Dark Knight Rises, to name just a few. Not only is it familiar, it’s also ludicrous when one thinks about how many times Gotham has been overthrown in the DC Universe. Make fun of Superman all you want, but Metropolis doesn’t get conquered half as often as Gotham does.

The Bruce Wayne subplot is a little odd too. There’s a point where Bruce gets severely beaten in the most humiliating way, which makes him seem unacceptably incompetent.

Batman #75 has some flaws, despite delivering an overall strong opening chapter. The over-used plot, plus some iffy art by Daniels drags down the quality. The strength of the concepts and amusing tone, however, do make “City of Bane” a fine start to this new arc.