A new live action version of the Dynamic Duo could soon be upon us. According to a new social media post by Titans actor Curran Walters, (Jason Todd/Robin), the forthcoming second season of the show may well give us the Caped Crusaders in all their costumed glory.

The photo Walters shared shows two chairs on the set of Titans. The one on the left has Jason Todd with Robin underneath while the one on the right shows Bruce Wayne and Batman underneath. Walters added the caption “Batman & Robin” to go with it, as illustrated below. 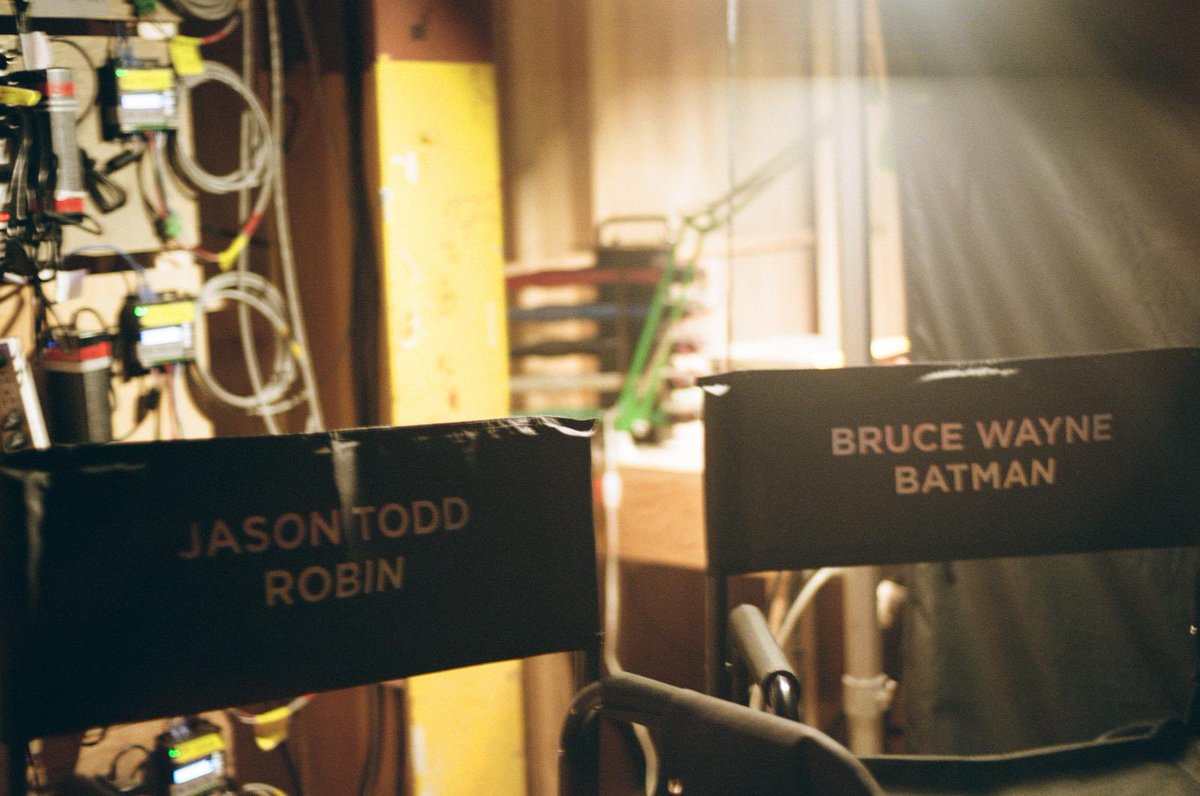 It remains to be seen if we’ll get to see Iain Glen in an actual Batman suit, but surely the odds dictate that we’ll see him in the suit at least once over the course of the season. Batman was a large presence throughout the first season of the show, even though he didn’t physically appear until the very end. Even then the action was shot at odd angles and from a distance, never really putting him in the spotlight.

It truly is a tantalising prospect, with numerous possibilities on offer for the plot. Could this be the chance to show the Bruce Wayne/Dick Grayson falling out in full costume? Will we get a present day depiction of the Dark Knight, with Curran Walters’ Jason Todd in full flight as Robin? Or, could we get a much anticipated face off between Glen’s Batman and Esai Morales’ Deathstroke?

The build up for the show is reaching fever pitch now, with the roster being well and truly loaded with beloved comic-book favourites. In addition to the array of characters introduced in the first season, we will also now be getting Batman, Deathstroke, Aqualad, Superboy, Krypto, Ravager and Jericho! Consider our appetites well and truly whetted.

What are you most excited about for season 2? Can you see a full on Batman & Robin sequence hitting the mark? Let us know in the comments below.