Easily one of the memorable characters to come out of Dark Nights: Metal was The Batman Who Laughs. A twisted version of Batman who was exposed to the same chemicals that transformed the Joker, giving a truly chilling amalgamation of the two characters. I remember when I came upon the design myself and felt the goosebumps rise up all over my body. The breakout character was eventually given his own mini-series written by Scott Snyder and pencilled by Jock. It became one of the highest-selling DC titles this year, which may have caused DC to extend the series for two more issues. Either that or Snyder simply has a longer story to tell. Check out Steve J. Ray’s review of issue 5 here.

The now-penultimate issue of Batman Who Laughs is out in June and we have a pretty cool variant cover for it. Created for the online book retailer Unknown Comics, artist Mico Suayan and colorist Romulo Fajardo, Jr. are giving us a fun homage to Jim Lee’s Batman: Hush.

Suayan shared the colored variant on Twitter, which you can see below:

The variant cover pays tribute to the trade paperback cover for Batman: Hush. It splits the cover between our Batman and the Batman Who Laughs in the same way Jim Lee did for Batman and Hush. It even features most of the same characters. I love the inking and shading in this cover. It somehow also manages to be more photorealistic than Lee’s original cover. I also really dig their take on Catwoman, she just seems more edgy and in line with the atmosphere for this mini-series. Collectors, I think you’re gonna wanna grab this one when it comes out. 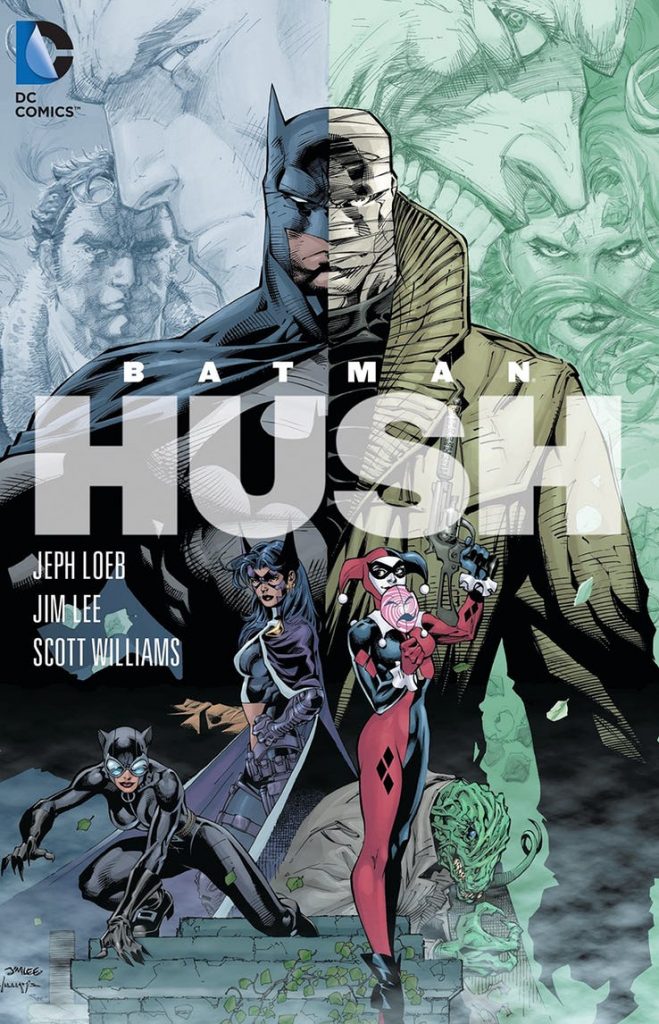 Be sure to grab The Batman Who Laughs #6 when it hits shelves on June 12.