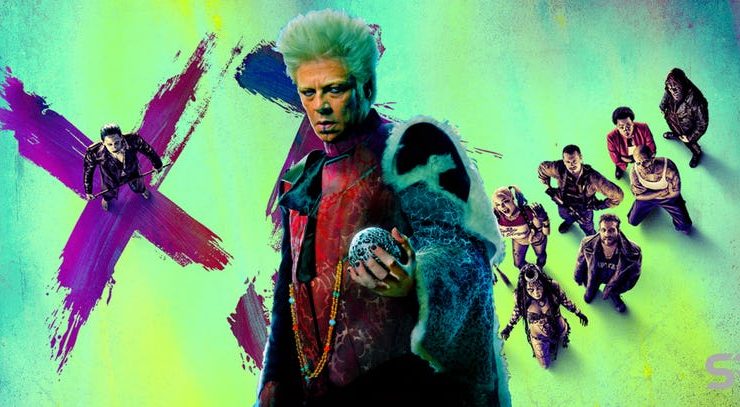 The thing about Hollywood is, once creative minds find each other and enjoy working with one another, they tend to sign on to the same projects together. Joining the rumor mill is Benicio Del Toro, who is reportedly in talks to play the film’s villain. Del Toro, of course, was also in Gunn’s first Guardians of the Galaxy film as Taneleer Tivan, a.k.a. the Collector.

James Gunn (Guardians of the Galaxy Vol. 1 and 2, Brightburn) is writing and directing the upcoming DC film The Suicide Squad. DC and WB were luckily able to land the fan favorite director after Disney and Marvel took him off of the third Guardians film after inappropriate tweets of his surfaced from a decade ago. Since then, they have reinstated him on the project, but he will still be making his DC film he signed on for first.

DC Films have stated that their films will be less connected than Marvel’s and they’d previously tried with Batman v Superman and Justice League. They have also gone on to say that Gunn’s The Suicide Squad is not a sequel to David Ayer’s Suicide Squad, but it will be its own thing. However, some returning faces, such as Margot Robbie’s Harley Quinn, are said to be featured in the film. So while it won’t be a total reboot, it won’t follow directly what came before it either.

Now, back to creative minds working together. Earlier this week, it was reported that Michael Rooker was in talks to play King Shark in The Suicide Squad. Rooker portrayed Yondu in Gunn’s two Guardians of the Galaxy films.

Allegedly, the character Benicio Del Toro will be playing is a villain code-named “The Mayor,” an old warrior who lives for battle. With no inside knowledge whatsoever about the project, that sounds a little like Vandal Savage to me, but could also describe any of a vast number of other DC villains.

Of course, this is all just rumor, but with Gunn’s involvement on the project, it shouldn’t be a surprise to see alumni actors from his previous films to be in talks to join him.

We will have more on The Suicide Squad as it develops.