The Warner Bros. World in Abu Dhabi just put out performer casting calls for Batman, Superman, and the rest of the Justice League.

Potential applicants are required to be outgoing, have good American English skills, and have a background in stunt movement.

If this job sounds like you, check out Backstage.com before the May 11th deadline.

Perhaps the most interesting part about the casting list are the characters the park is requesting. There are the traditional roster of Justice League members, like Batman and Wonder Woman. There are even casting calls for villains, like the Joker, Harley Quinn, and the Riddler.

However, the coolest inclusion is Green Lantern Simon Baz.  Baz, Cyborg, and fellow Green Lantern John Stewart are the only people of color in the casting roster. More excitingly, Baz is an Arabic character, which is why it’s logical to represent him in Abu Dhabi. 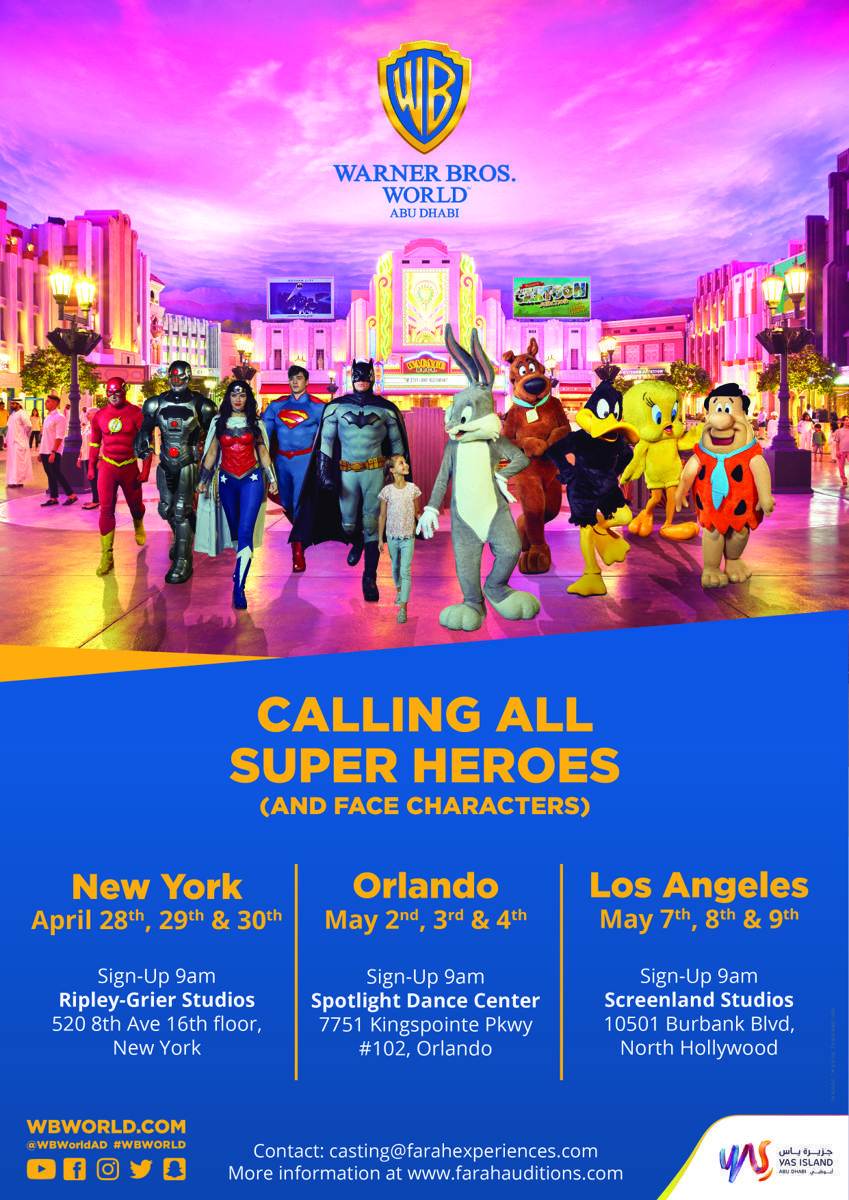 The only weird character choice is Shaggy. I assume that Shaggy’s inclusion on a list of DC Comics characters is erroneous. Either that or the Justice League membership requirements have really gone downhill. Then again, they accepted Lex Luthor at one point, so why not the perpetually-hungry slacker who talks to dogs?Open casting calls will take place in Manhattan, NY from April 28-30, in Orlando, FL May 2-4, and Los Angeles, CA from May 7-9.

New DC Game ‘Outlaws’ Rumoured To Be In Development