“Four Against the Dark” 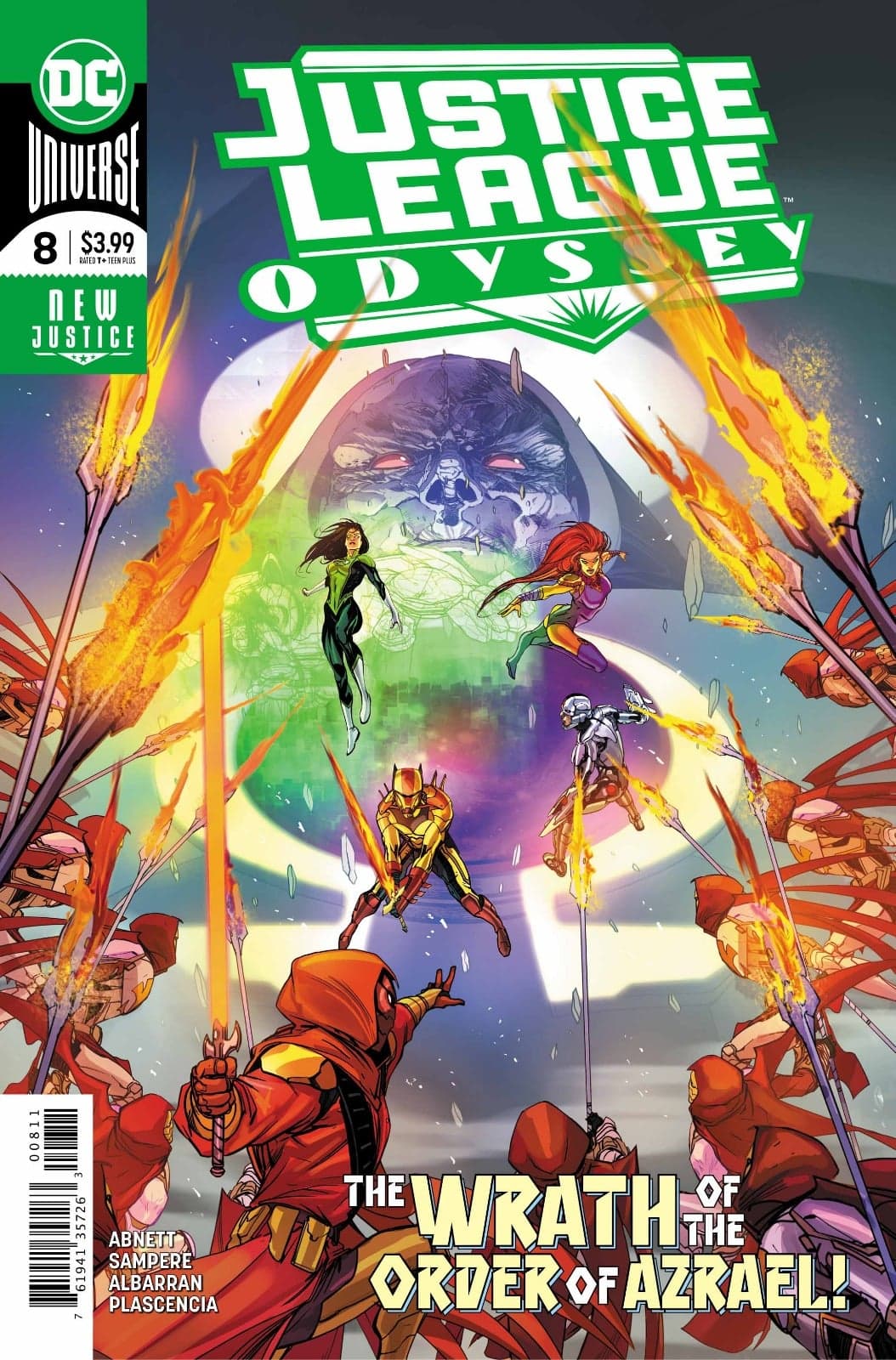 I would call issue 7’s ending one of the most unique cliffhangers in comics. Thankfully, it’s been satisfyingly settled. All the burning questions left over have been resolved and our four heroes now know everything. This issue isn’t all grandiose action, compared to some issues before it. Not to say that it’s boring, on the contrary, it’s really brave. To be able to devote an entire issue to clearing up the series’ biggest mysteries shows how much faith Abnett has in the title.

Taking the action away from physical conflict is a bold feat in comics. Most of us sign up for costumed heroes utterly destroying powerful villains, where a lot of this issue is spent criticizing that culture. The threat to the Ghost Sector is larger than simply good guys vs. bad guys. 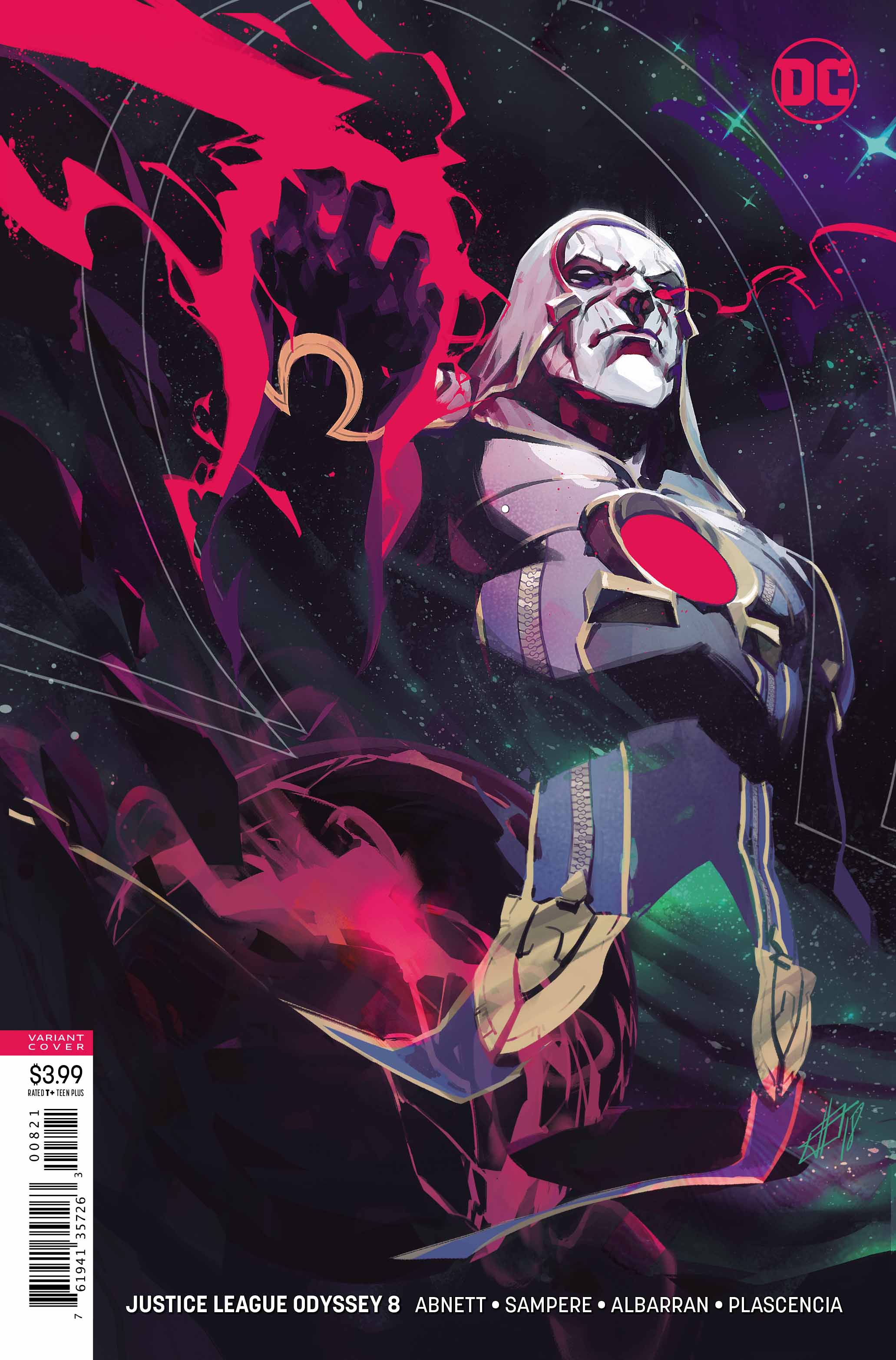 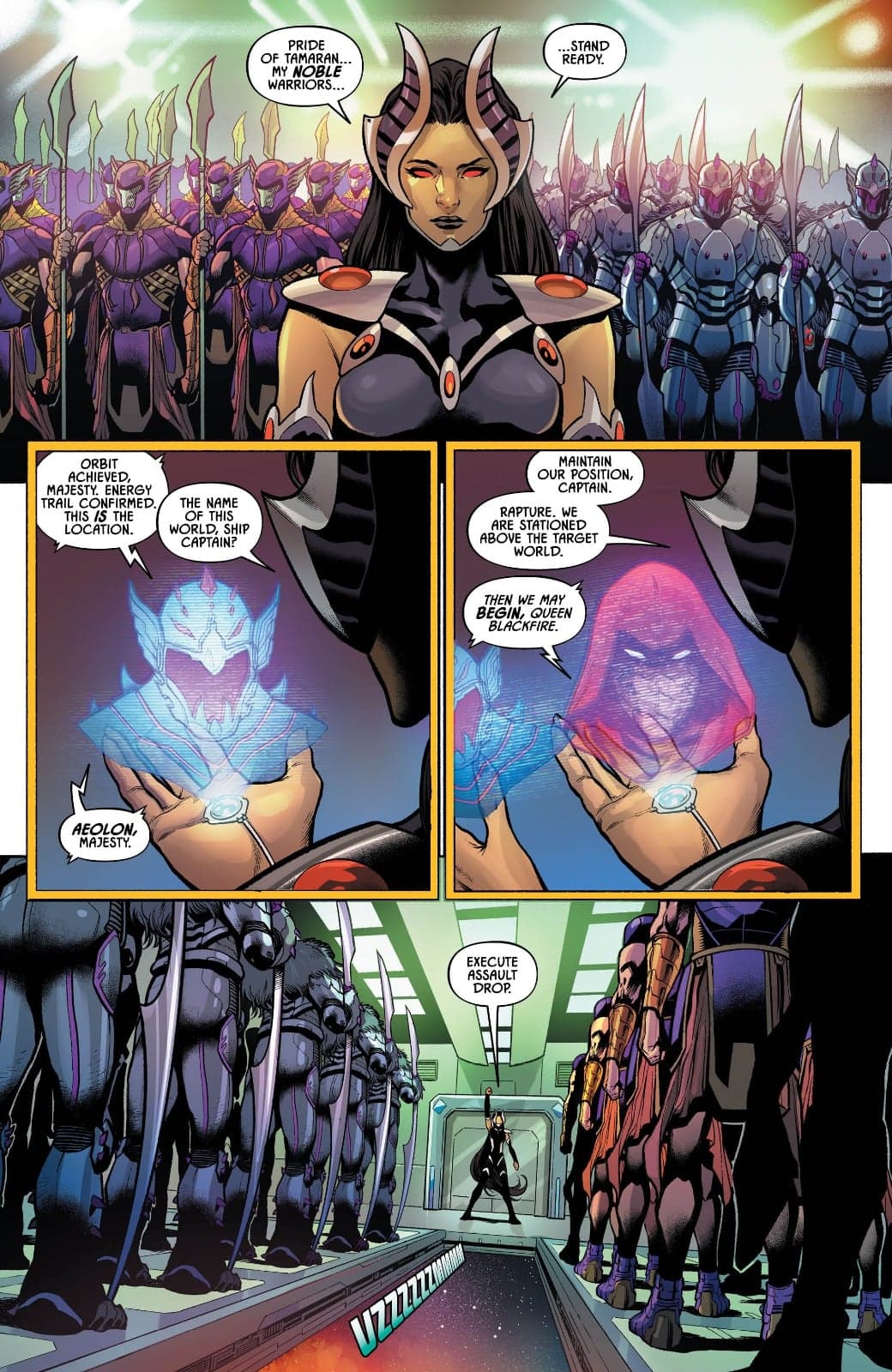 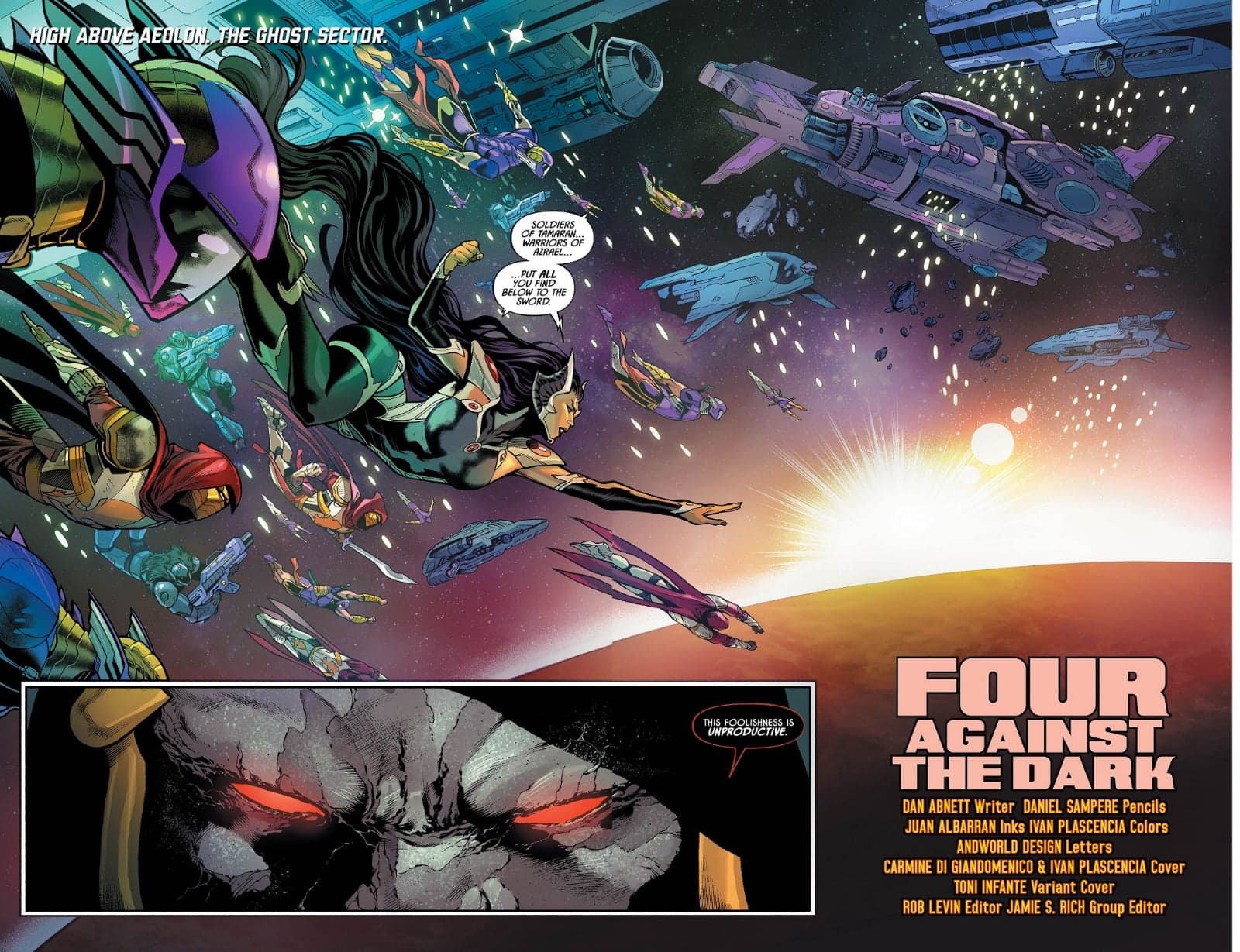 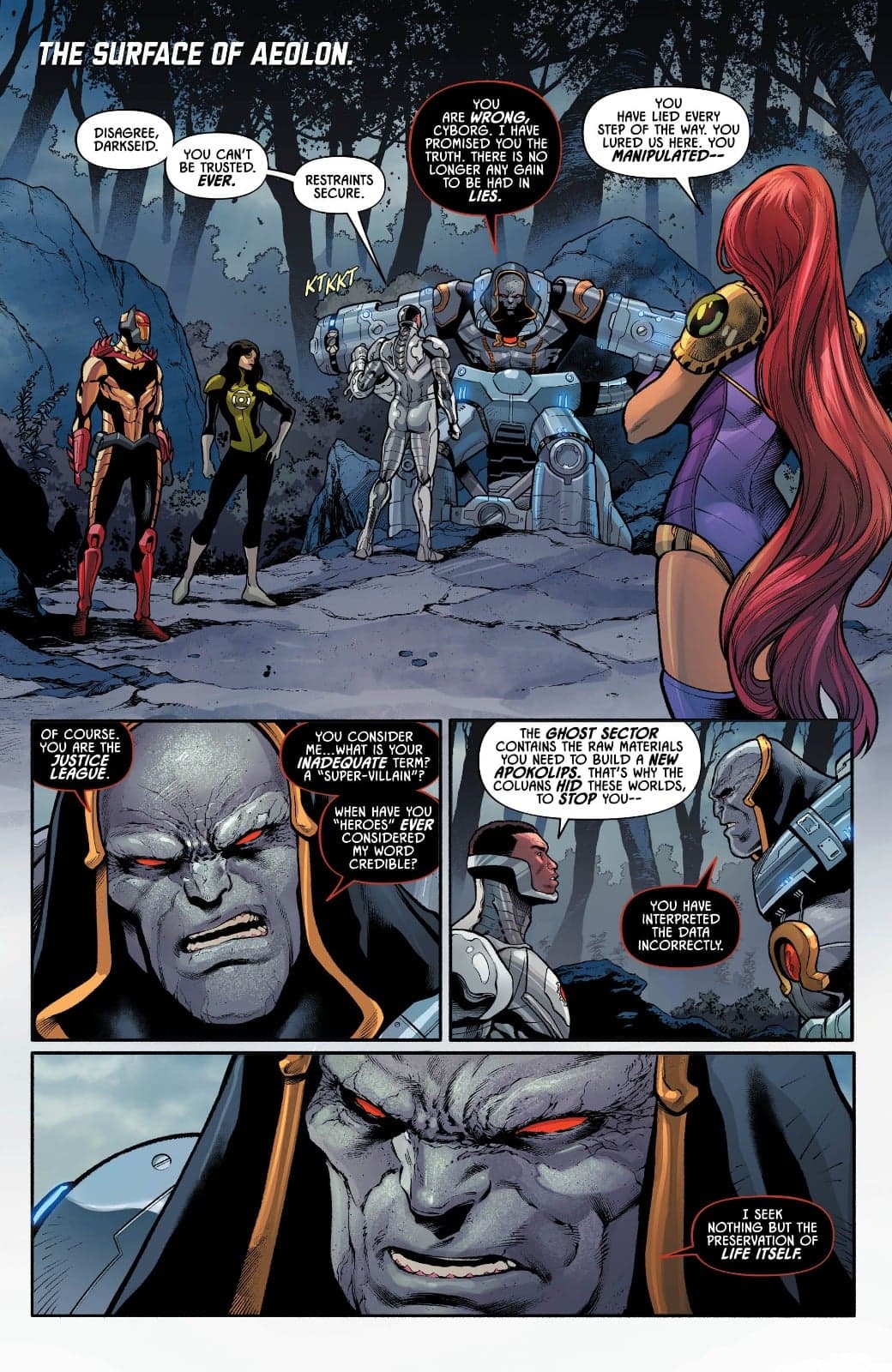 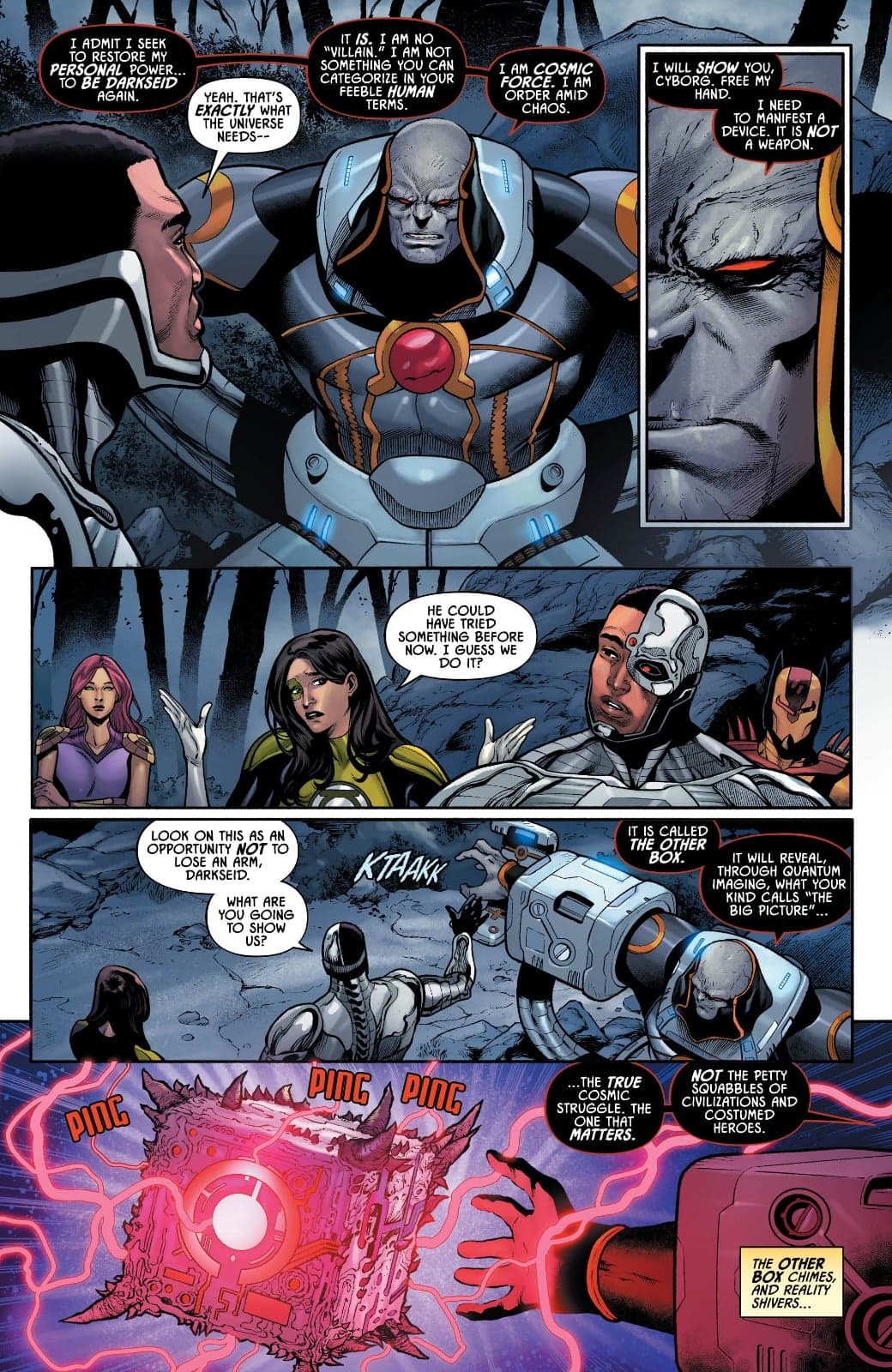 The overall look of this title has been very consistent, even with the change of writers. Plascencia’s colors really up how cosmic every set piece feels. The look of each planet is wildly different and the scope of the mobs coming for our heroes is always grand and frightening.

The issue ends showing just how dire the situation has become, as a threat previously unseen hits the team. With everything finally revealed, the mysterious premise which the series started with is gone. Therefore, there’s an all-new direction for the title to go in with a cosmic threat looming. At the same time, the absolutely dangerous combination of Azrael’s followers and Blackfire could cause many headaches for our heroes. This issue has handled questions of how well characters can trust each other and has changed the tone, leaving us to wonder how they’re going to overcome these problems. This was a dramatic end to the first story arc.