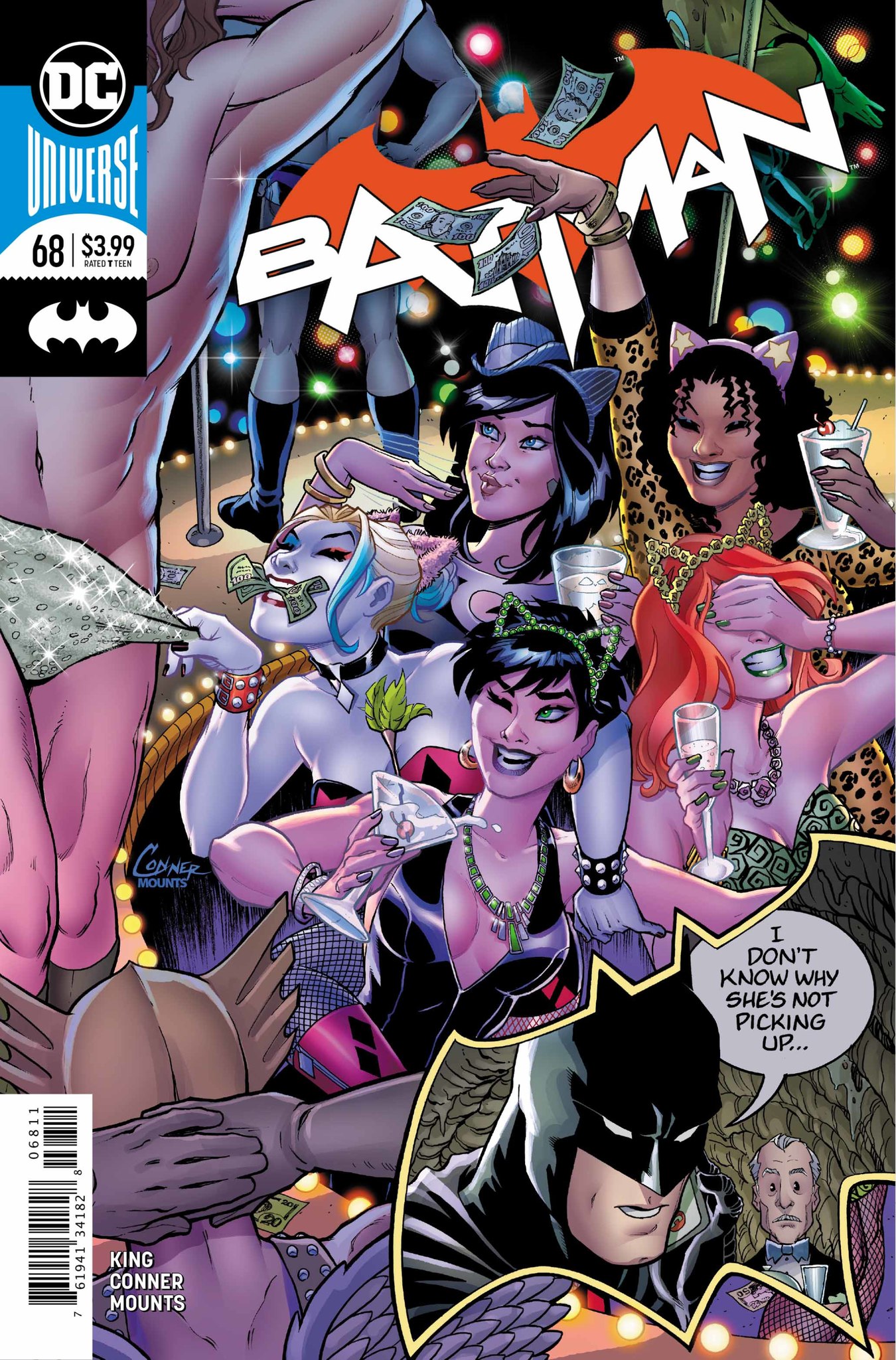 The latest chapter of the “Knightmares” storyline features the one of the biggest examples of tonal whiplash, as it goes from fun to dark and depressing. Many issues written by Tom King tend to be divisive. On the one hand, King shows the capacity to be a fun, zany writer, but on the other, he often relies too heavily on certain dialogue tics and narrative tropes to be fully effective. This issue is a perfect demonstration of both extremes of King’s writing.

The majority of the comic features Catwoman and Batman enjoying their bachelor/ette parties with Lois Lane and Superman respectively. For Catwoman and Lois, it involves a zany, hilarious good time at the Fortress of Solitude. Who knew that Superman’s lair had so much fun stuff? Meanwhile, Bruce and Clark’s bachelor party is a more subdued affair.

One can tell that King and the artistic collaborator for most of the issue, Amanda Conner, had a ton of fun with Lois and Selina’s exploits. They take typical Superman conventions and either turn them on their heads or twist them in a ridiculous new way. It’s refreshing to see such unrestrained joy and pleasure in Batman after all these long episodes of being dark and dreary. Even Clark and Bruce’s quiet evening is funny in an awkward way. 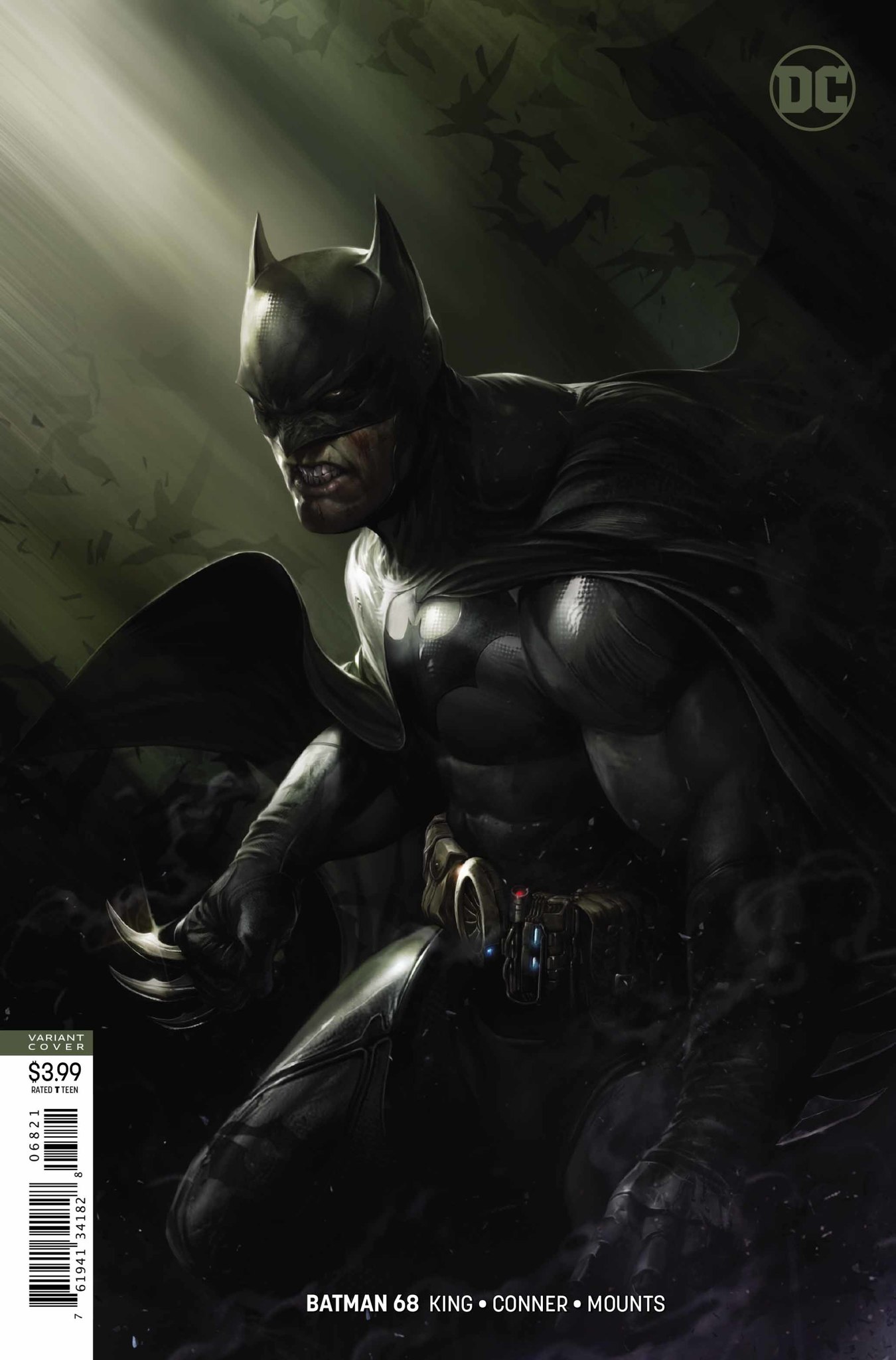 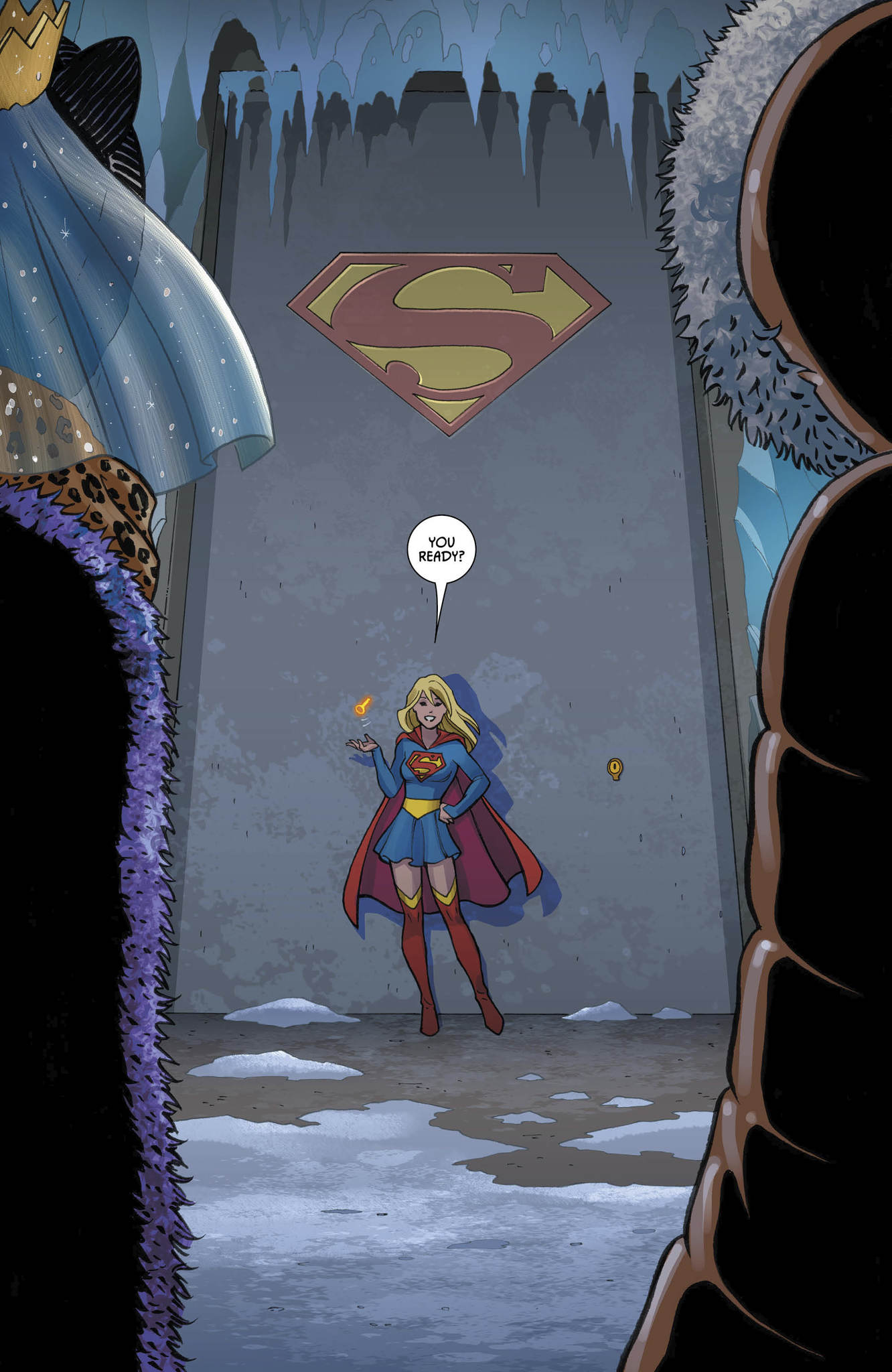 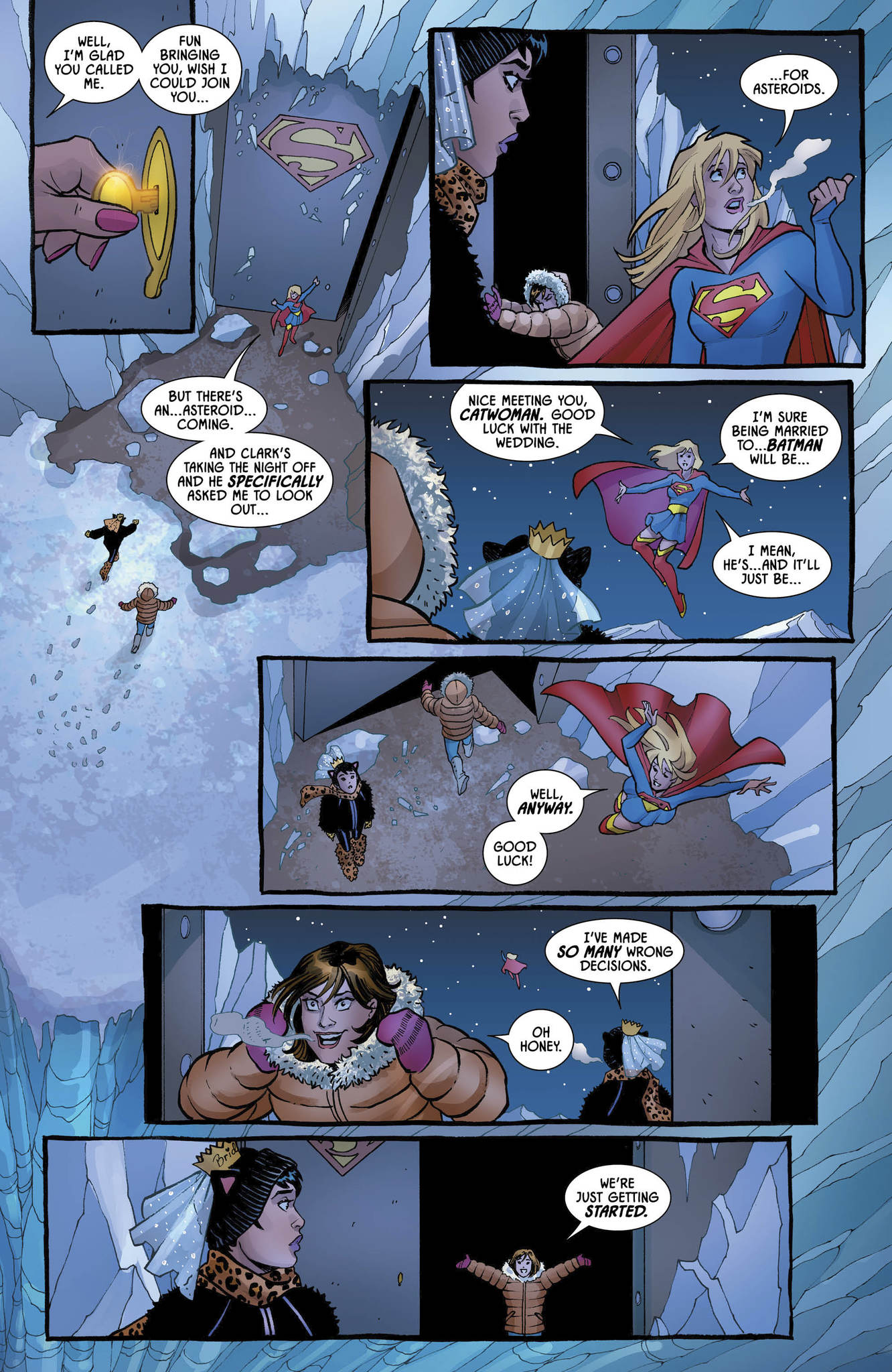 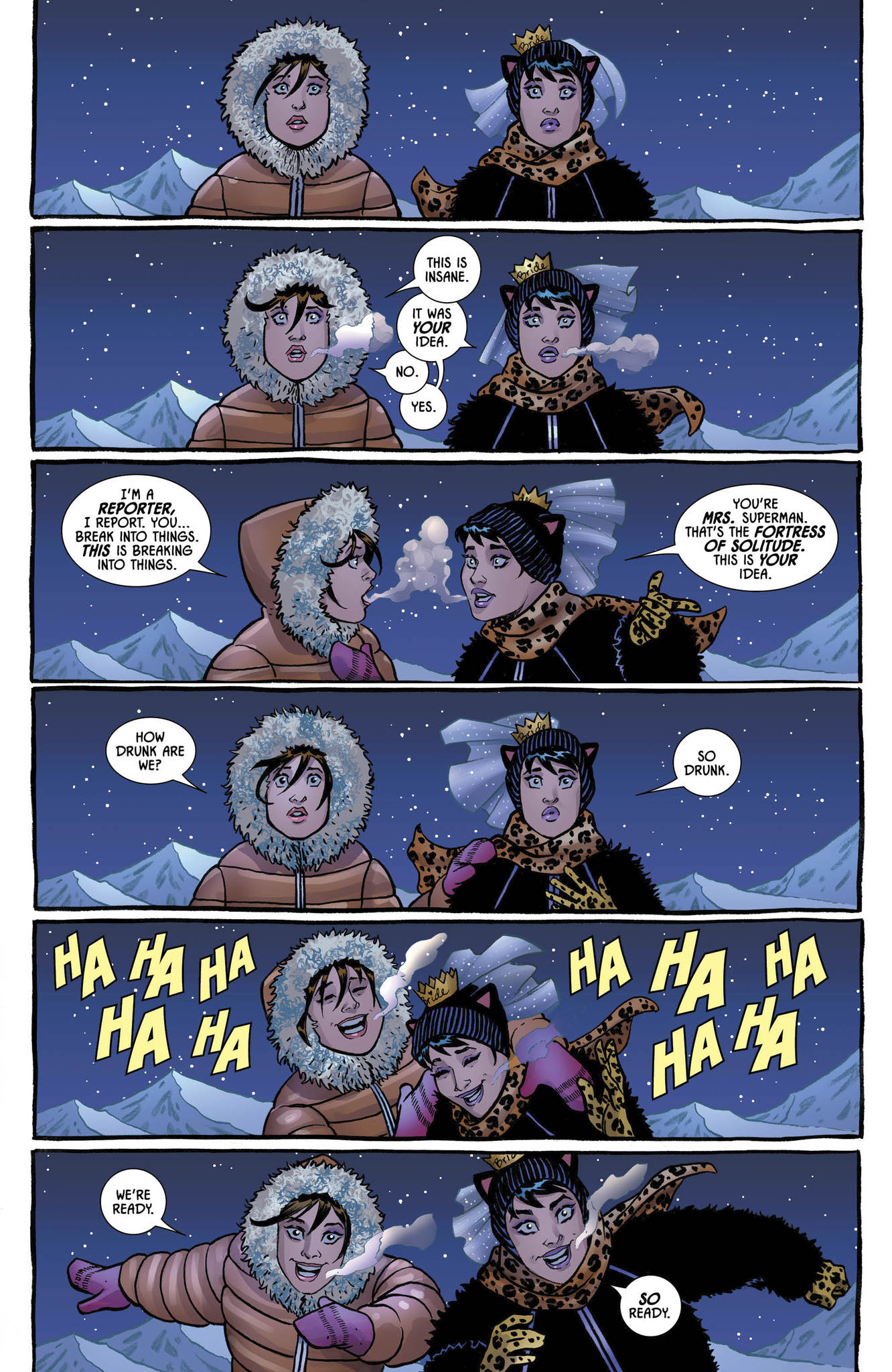 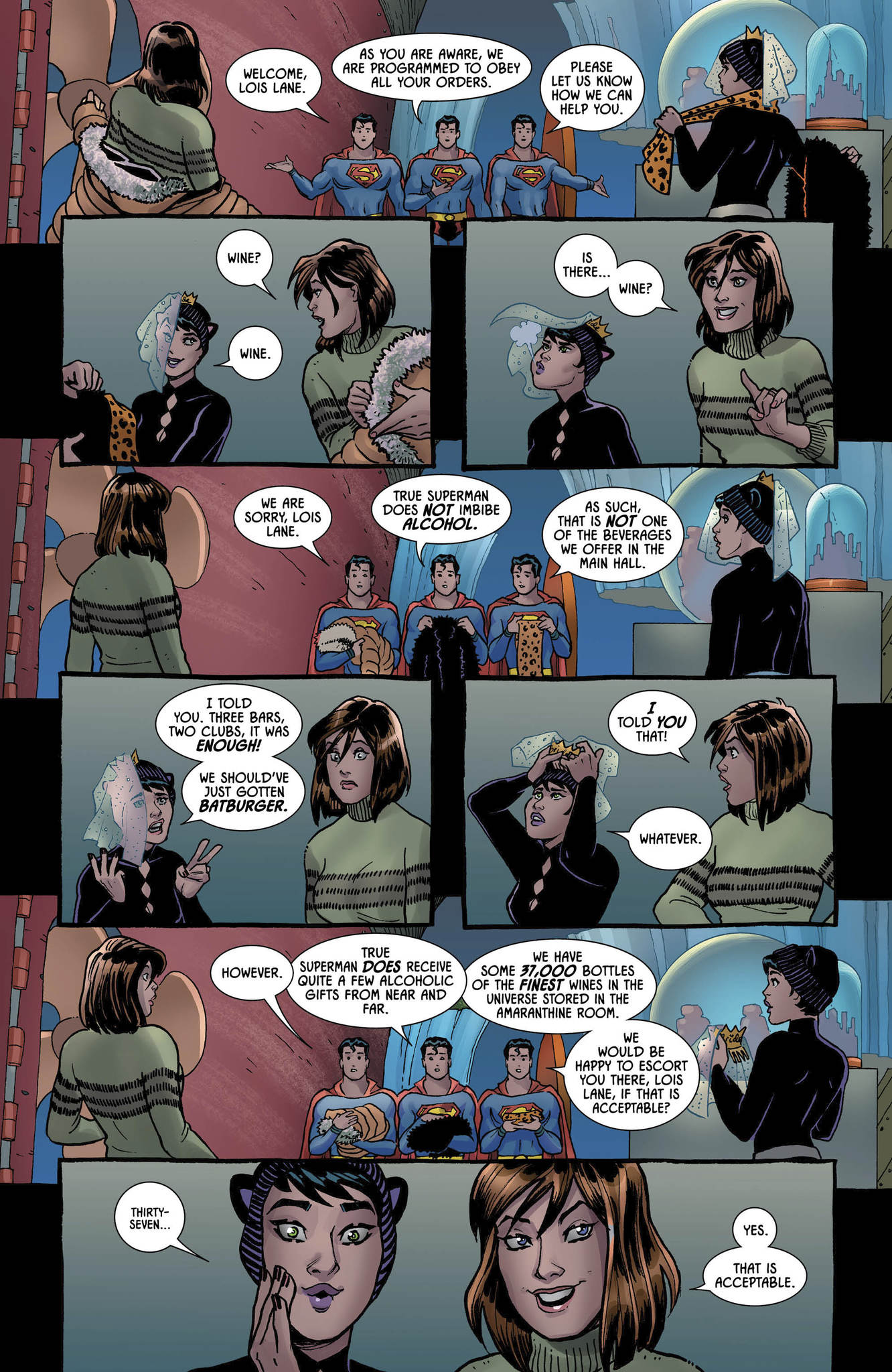 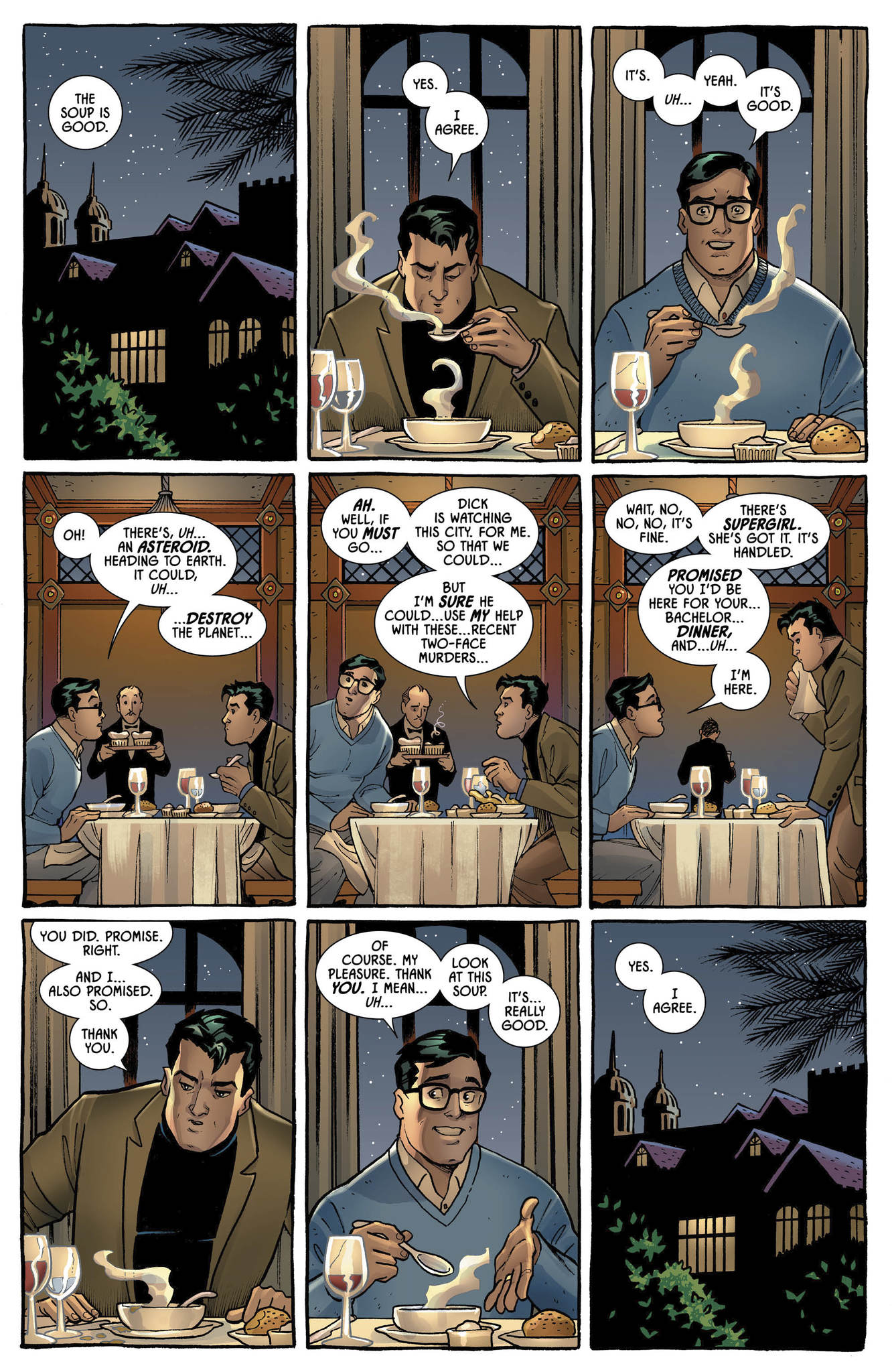 Much of the fun in the comic is due to Conner’s cartoony style. It’s loud and colorful. One cannot help but feel excitement at her caricatures of the cast. Her style fits the tone perfectly. Even more interestingly, when the mood of the comic begins the shift to fit the twist, it goes from a colorful cartoon to a more angular, grittier look. It’s another excellent use of art to convey atmosphere.

Which brings us to the issue’s conclusion. The ending of the comic is… okay. It feels completely out of place with the rest of the issue, though. The underwhelming revelation of Batman’s nightmare certainly doesn’t help. This is something I’ve said before many times, so stretching the premise out for an entire issue feels like padding.

Furthermore, the ending’s build-up is tangential at best. Yes, it’s been hinted throughout the comic with Bruce and Clark’s scenes, but certainly not in the Lois/Selina sequences. Essentially, it’s like King devoted half of a comic to the Knightmare plot and then the other half to a completely random storyline with very tenuous links to the main narrative. This dual nature adds to the almost-conflicting tones of the issue.

While it does form part of the “Knightmares” story arc, the parts that really shine in this issue are the portions unrelated to the overall plot. The majority of the comic was fun, hilarious, and colorful. Unfortunately, a quick 180 turn in the tone and the abrupt ending undercuts a lot of the fun scenes.