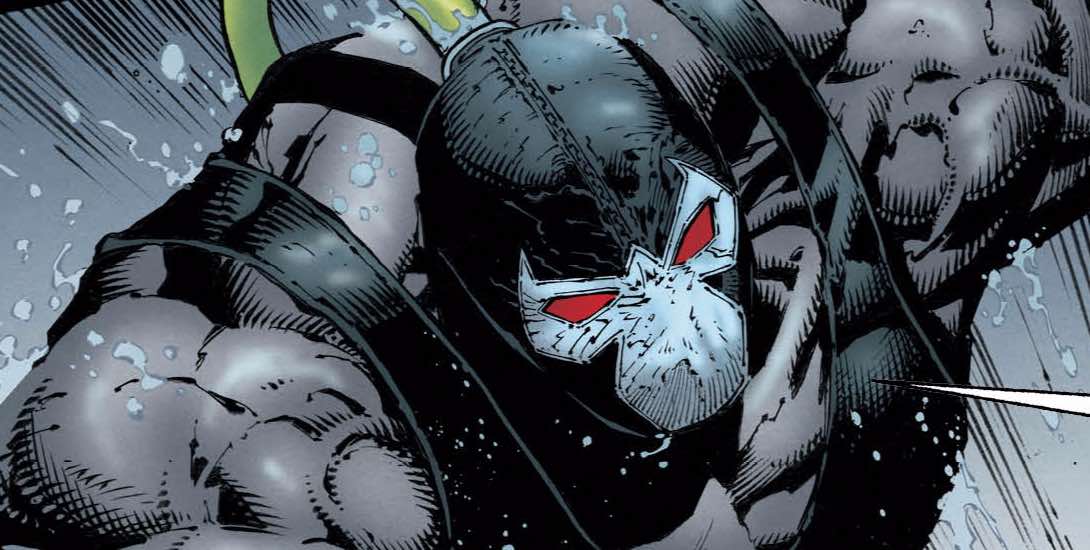 Batman writer Tom King has teased the cover to his new blockbuster mega-event “City of Bane.”

Previously, King made subtle hints at a big event coming up in Batman #75. Now, he has confirmed that the next Bat-event will be “City of Bane.” This promises to be the culmination of the Bane conspiracy storyline that’s currently running through the title.

Batman 75 launches “City of Bane”, an 8 issue event epic with art by @TonyDanielx2.

For 74 issues, for three years, Bane has worked to tear down the Bat. And the plan is done. The blood is spilled. The heart of Gotham is broken.

The cover confirms the big story arc confirms that Bane is the central antagonist. It also confirms that Tony Daniel will be the artist. The cover features a lot of villains teaming-up with Bane to take down Batman. Most of these characters have already been seen working with Bane in Batman #50. Amongst the characters in both #50 and #75 are: Joker, Riddler, Psycho Pirate, Ventriloquist, and Hugo Strange.

Notably missing on #75’s cover are Flashpoint Batman, Holly Robinson, and Gotham Girl. However, Gotham Girl’s absence was explained in the recent “The Price” storyline. Additional characters that seem to have joined Bane since issue #50 are the Mad Hatter, Penguin, Mr. Zsasz, Scarecrow, and maybe March Harriet on the left-hand side? If March Harriet has a huge role in this storyline, then that will make this the best comic ever!