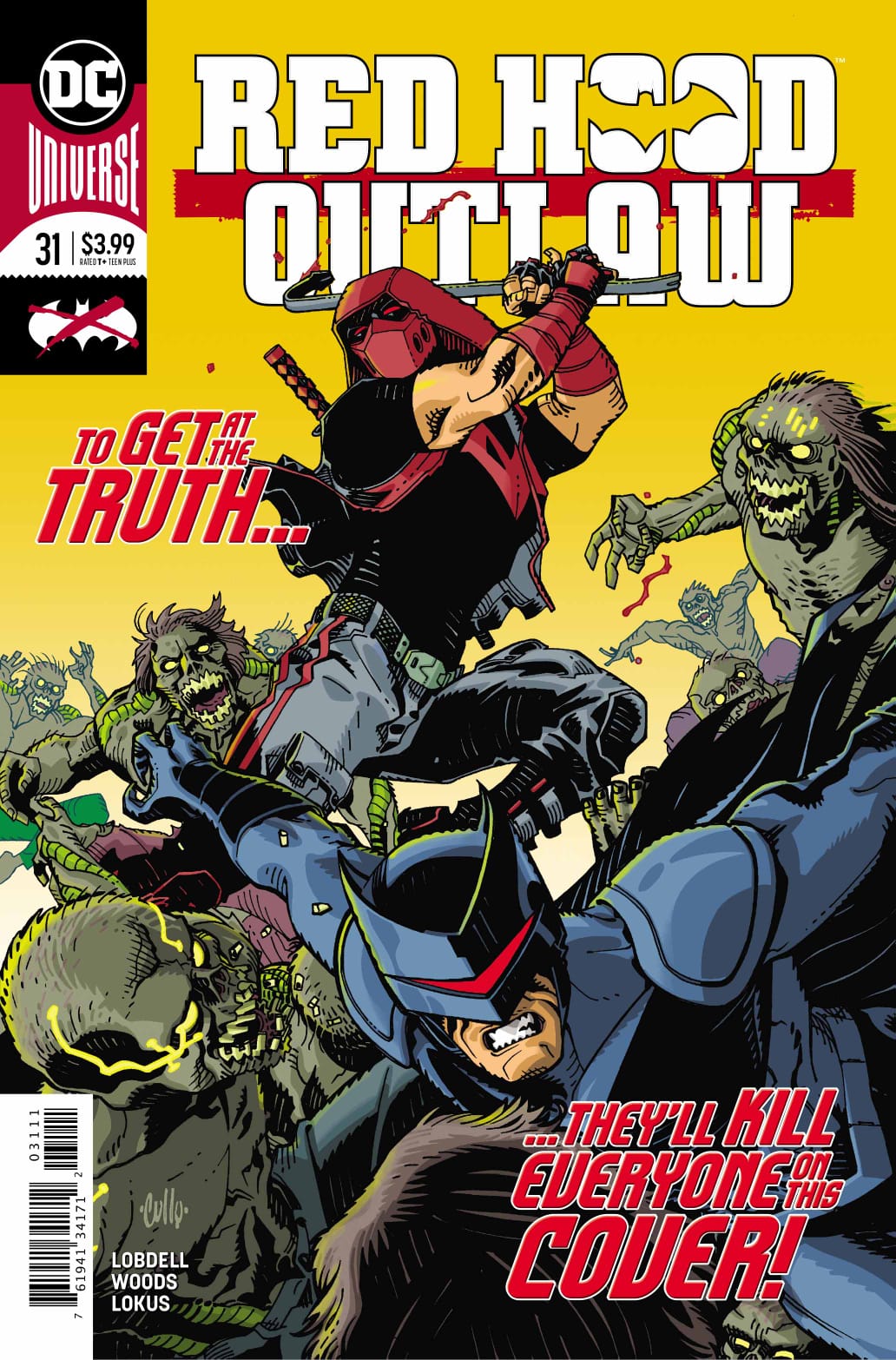 The shocking revelation from last issue has exploded. Jason has found the source of the unusual and dark experiments. The faces behind the whole Underlife works have revealed themselves, and everything is more dangerous than ever.

Writer, Scott Lobdell, perfectly balances a sense of tension with the non-stop action we’ve come to expect from this title. We get an idea as to what we can the future of this Red Hood: Outlaw will deliver.

I like it when a big arc wraps up in a way that feels like a new beginning. 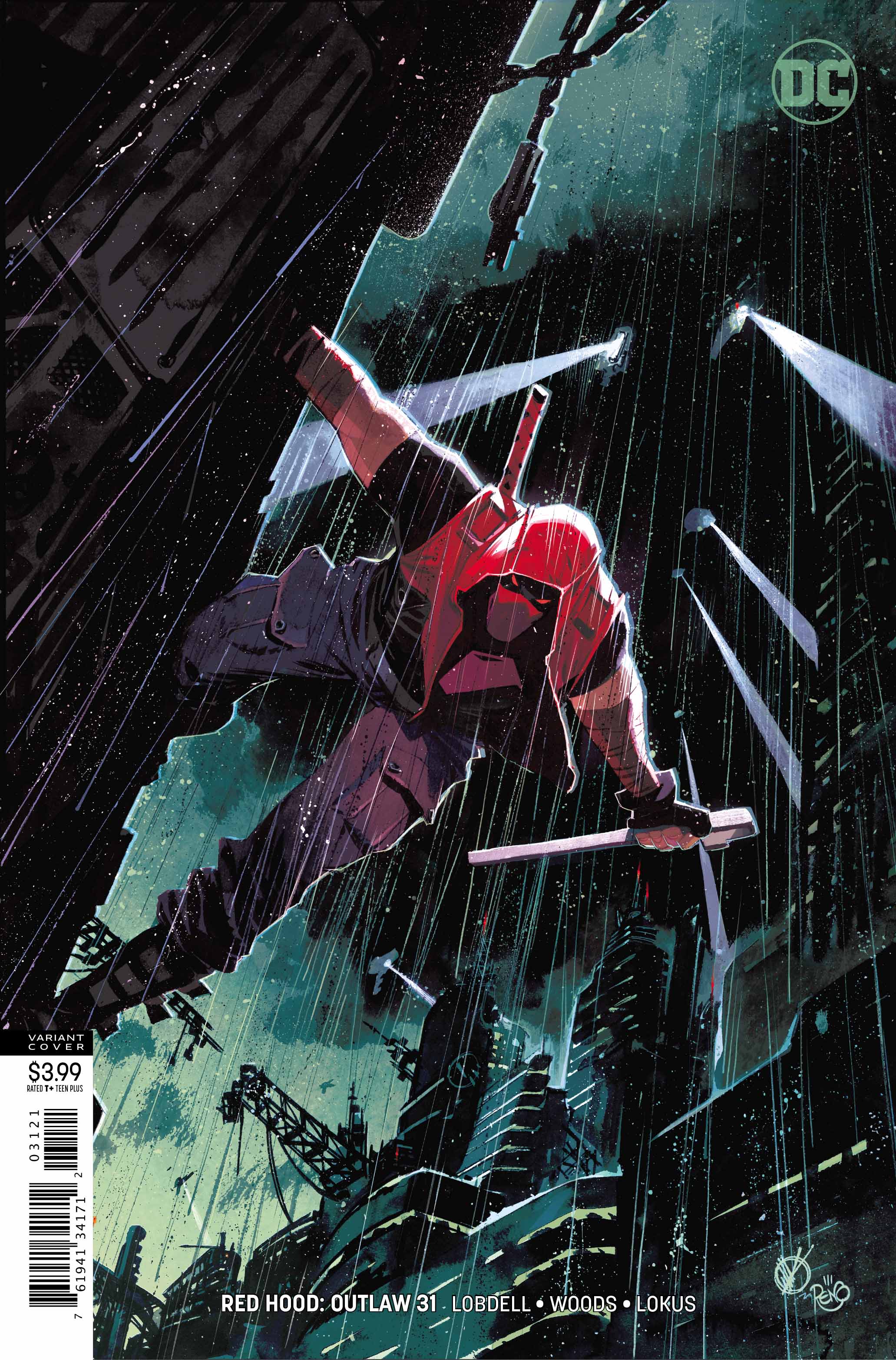 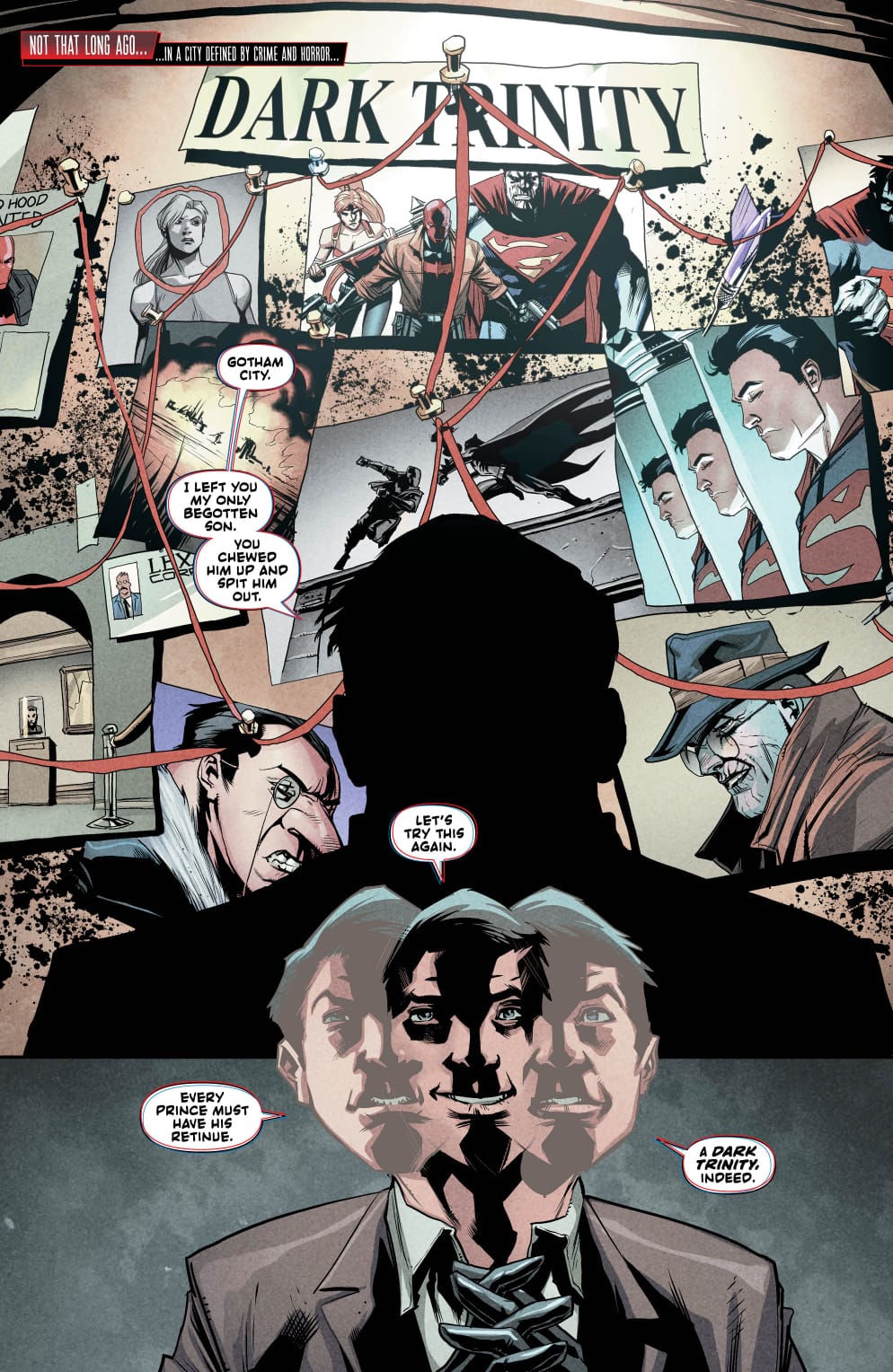 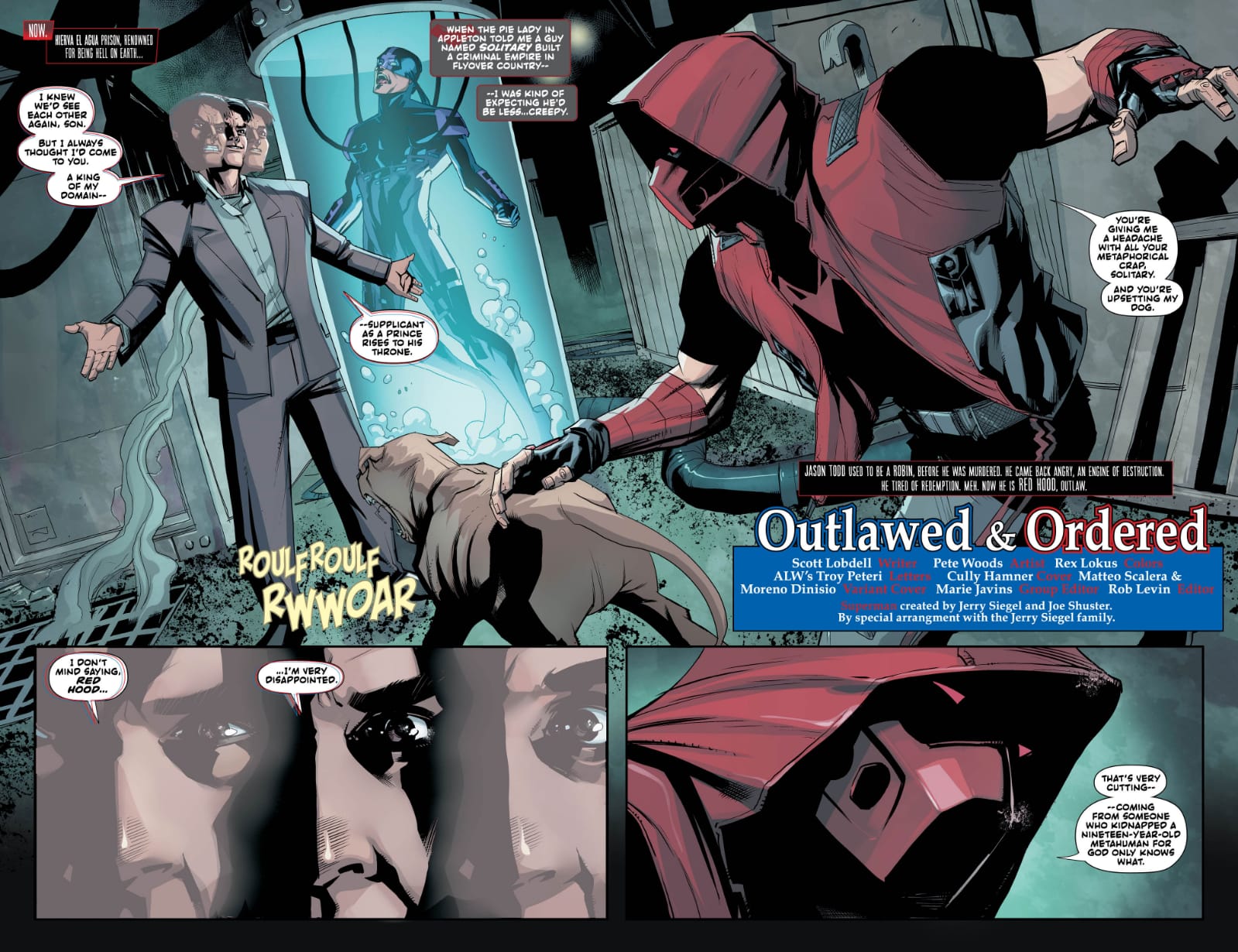 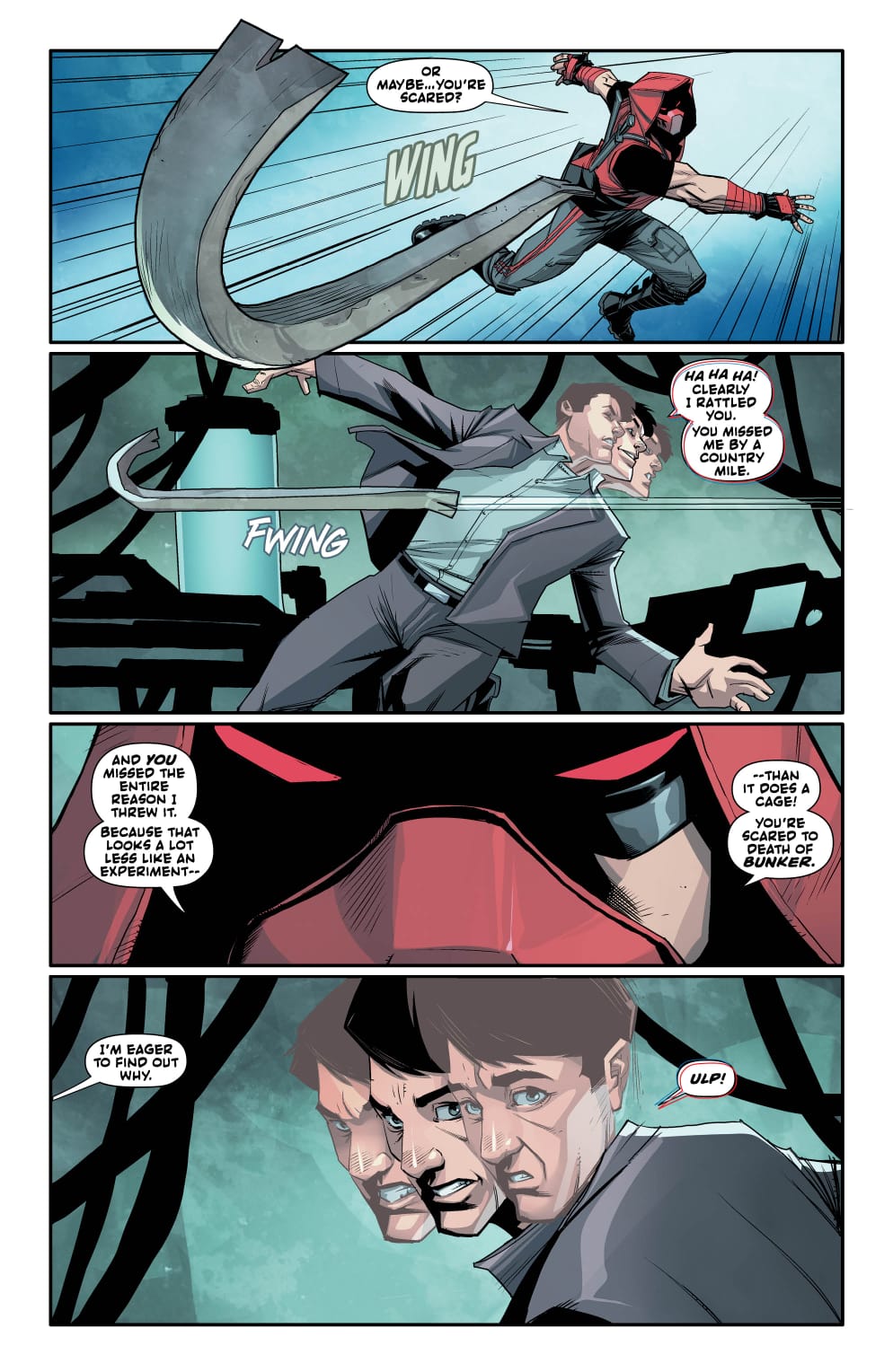 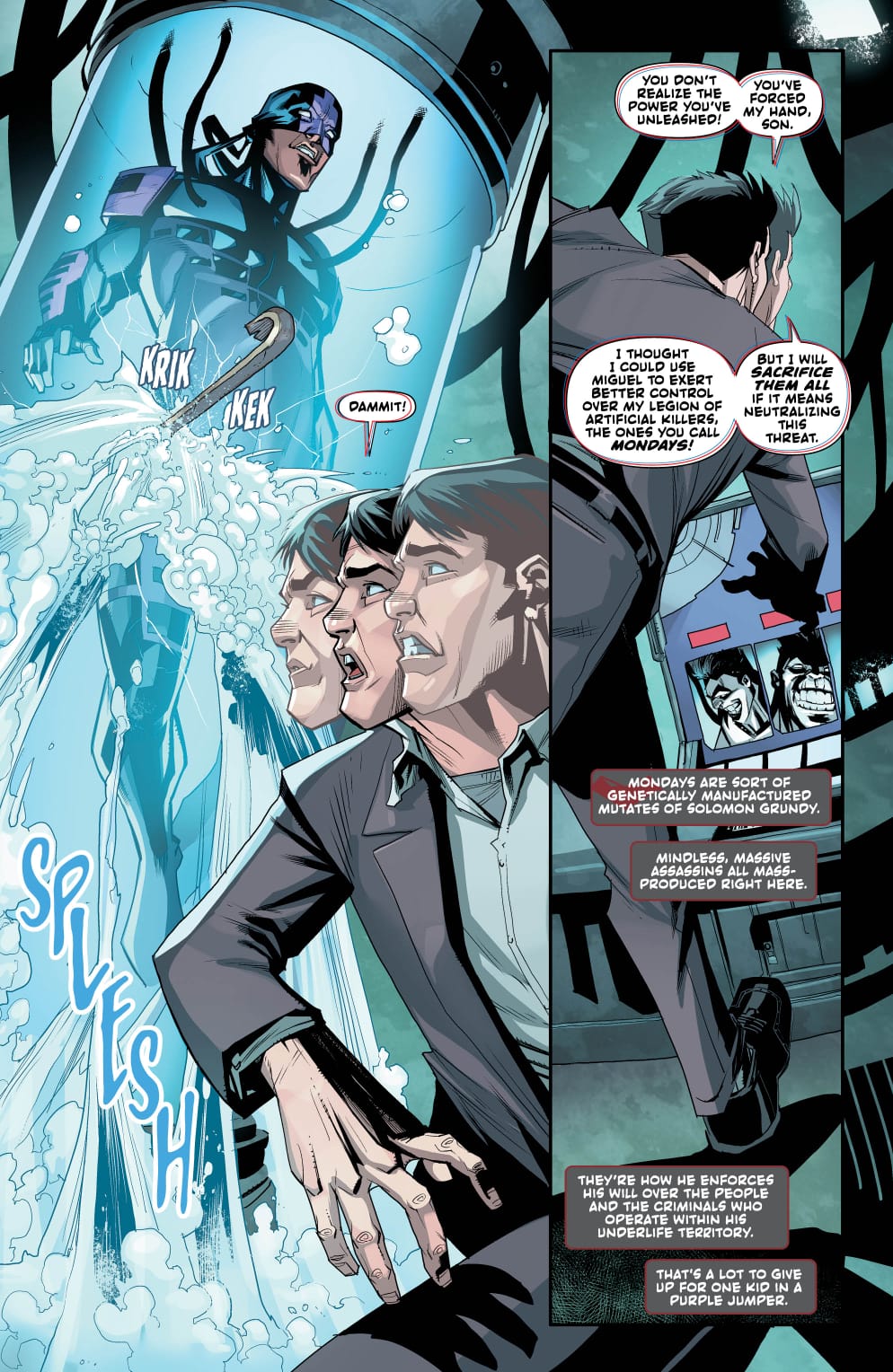 The pace in the issue is high throughout. It only ever lulls while Jason reassesses, and for less than a page. It’s easy to wonder about the little jumps in logic in superhero books. While it’s always satisfying to see costumed heroes squabble, we have to wonder if these confrontations are justified.

In the previous issue, Wingman insisted on Jason acting in a particular way. Reasoning with Todd makes a lot more sense – but looks a lot less cool on the page than a fight. We do get a chance to wonder what Wingman’s deeper motives are, which is itself exciting, but sometimes costumed heroes should be able to talk through their issues. Still, this is a strange way for the events in the story to be ordered.

The title has truly come to a crossroads at this point. We can expect a great deal from the series going forward. What will Jason Todd do next? What is to come from the rest of his former team?

Questions like these are what keep the title going and what will keep me reading on through entertaining, though ultimately unremarkable issues like this one.

Batman, Plus a Creepy Joker on the Covers of ‘DCEASED’ #1