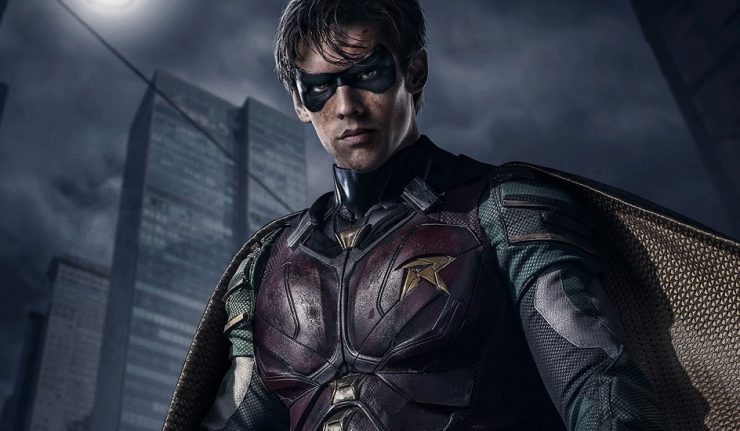 Titans gave us a much darker and grittier look into the world of the Teen Titans. With the direction that the rest of the DC live action productions was going, this was to be expected. The series is a great contrast to the light-hearted cartoons I grew up with.

Titans grew it’s fan base over the course of the season, probably due to the backlash from the original trailer dropping. Come the end of the show however, many people were tuning in for the season finale. Although, that might have more to do with The Caped Crusader’s appearance on the show.

Batman has had many iconic suits in past live action iterations, so many fans were excited to see what The Dark Knight would be kitted out in this time. They would have to wait however, as for much of the episode, Batman was shrouded in shadows. Adding to the mystery and darkness that makes Batman such a captivating character.

Translated from the Spanish:

Alan Moussi, the actor who brought Batman to life in the season finale, uploaded this behind the scenes video to his Instagram.

Hopefully we get a full body look soon! What do you think of the costume? Let us know in the comments.