Round Up of ALL the Exclusive ‘The Batman Who Laughs’ Covers

The Batman Who Laughs is a nightmare of a new character. An amalgam of Batman and the Joker is a terrifying thing to imagine. From another world, this Batman is without conscience and runs with a gaggle of undead Robins in tow. Now he’s coming back in a new series, written by creator Scott Snyder. We’ve seen the issue’s cover, but DC have been kind enough to inform us of a full list of all the artists, and places to find each alternate! 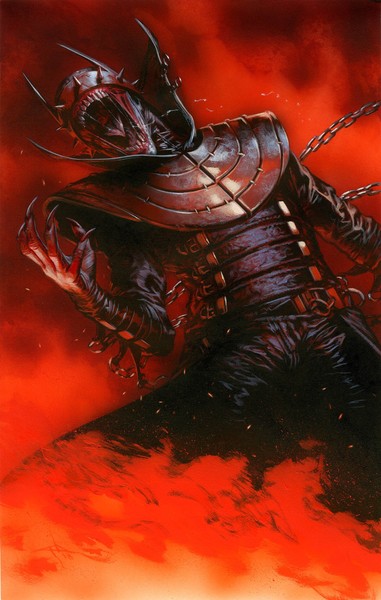 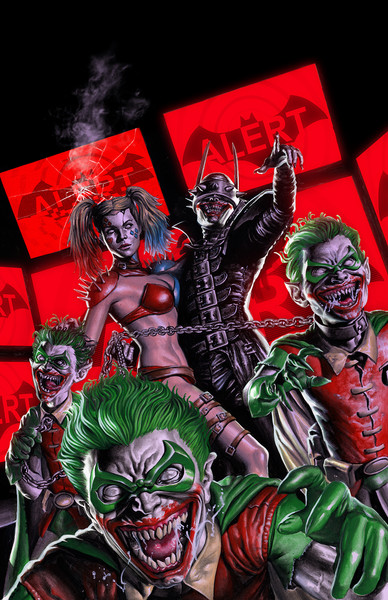 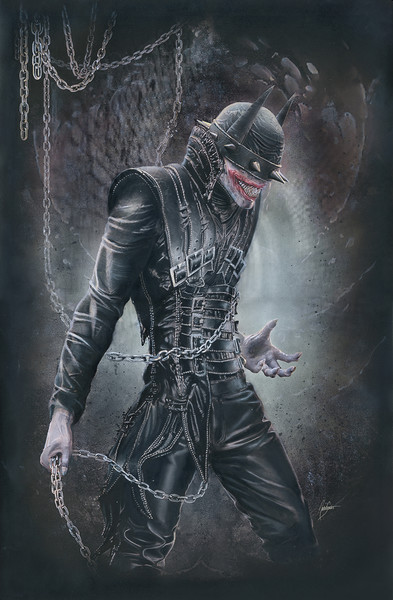 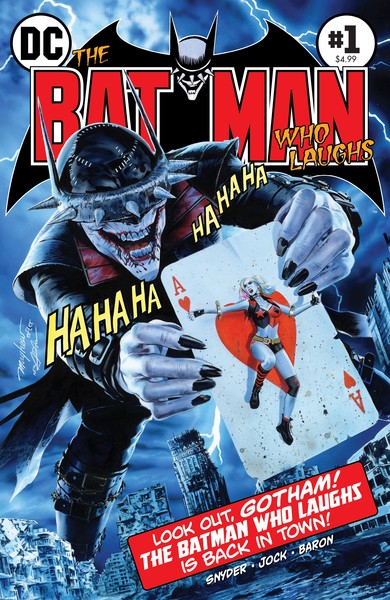 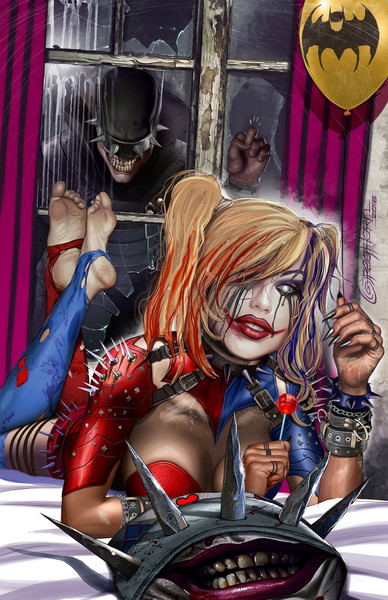 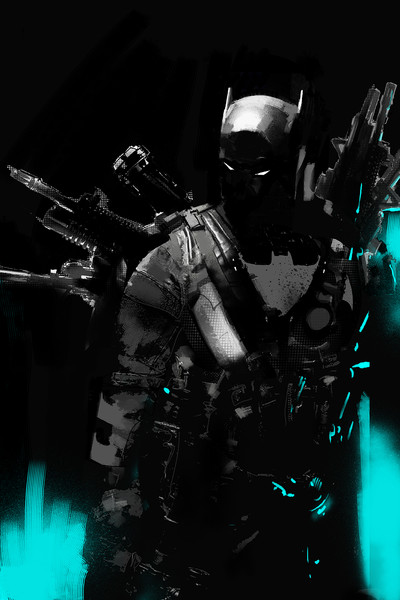 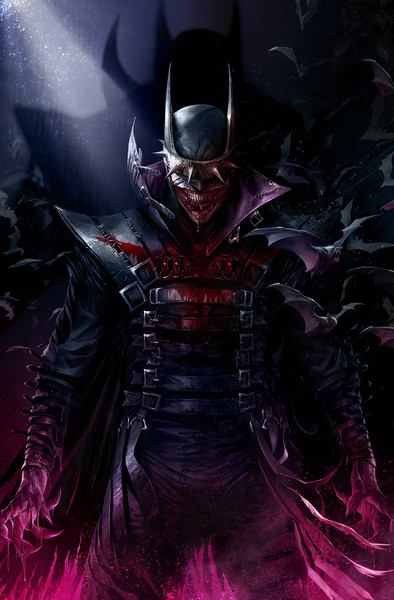 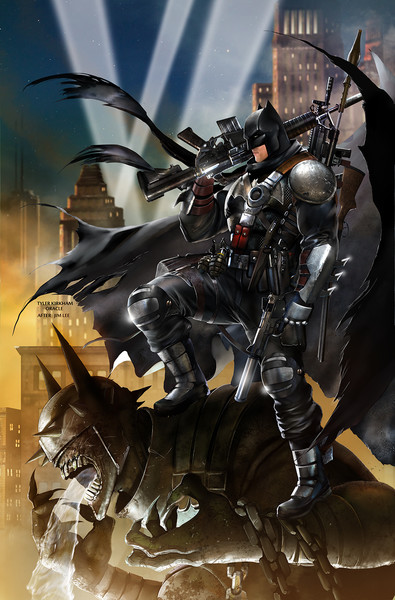 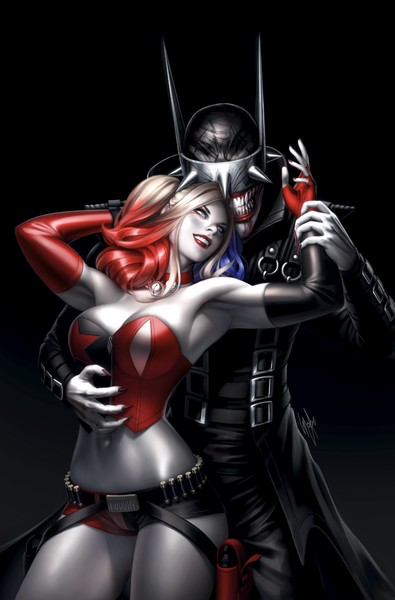 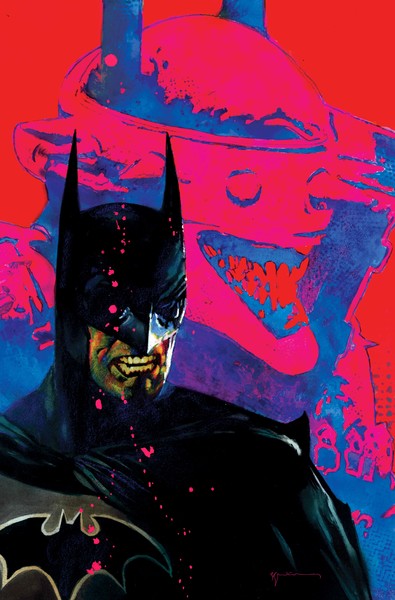 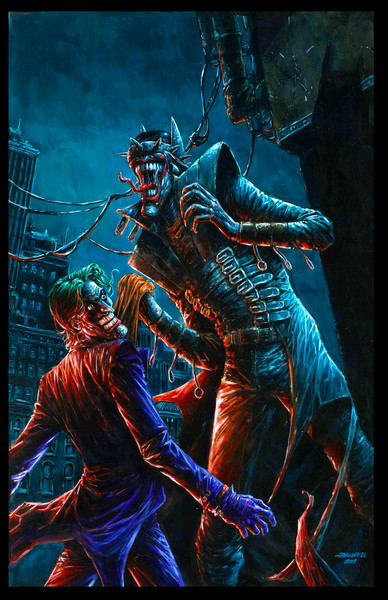 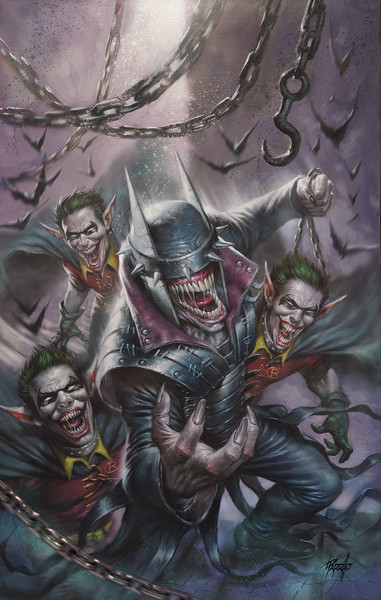 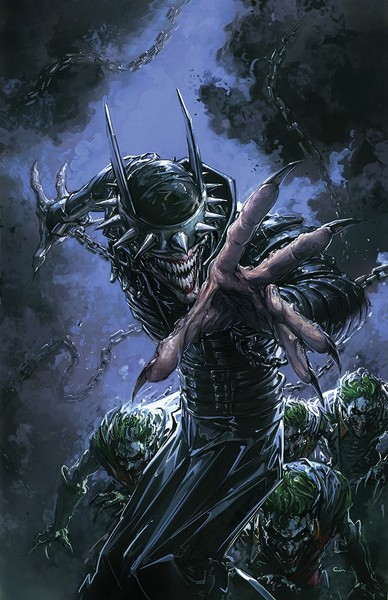 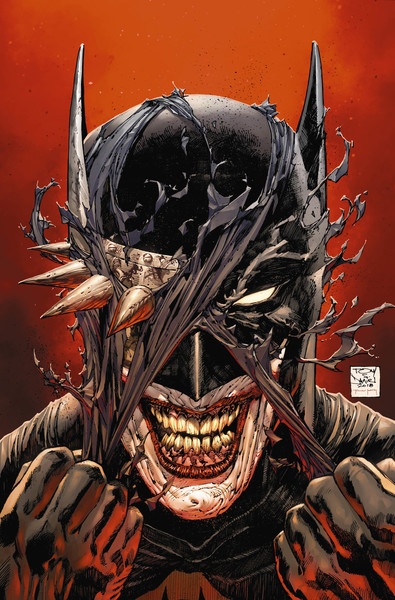 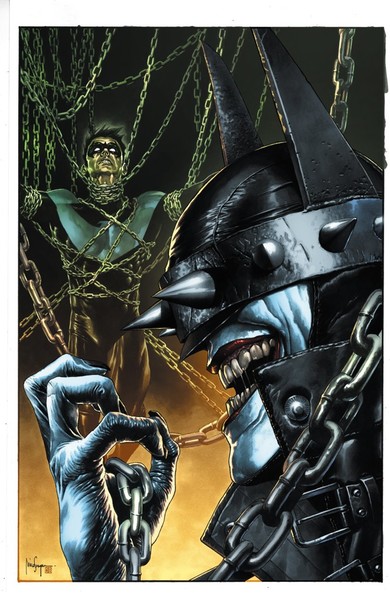 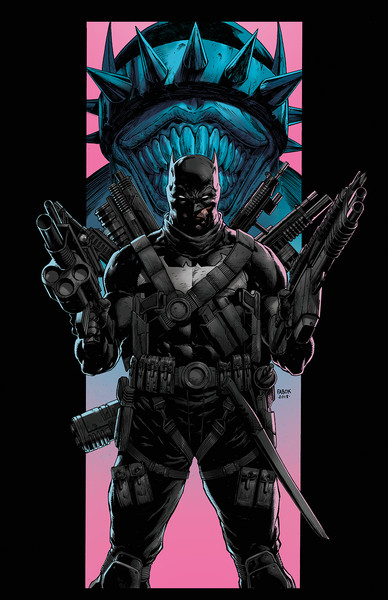 They’ve been labelled correctly, ladies and gentlemen… I promise.

Many comic book stores across the US will be getting these exclusive covers. Some of the greatest artists in the business have given us their interpretations of this twisted character.

I won’t go into detail about all of them – even though I really want to – as some of these covers really stand out to me. One piece that’s a wonderful callback to classic Batman artwork is Warren Louw’s cover for KRS Comics. The Batman and Harley standing in the exact waltz pose like Alex Ross’ watercolors on Harley Quinn # 1. Harking back to a classic Joker moment makes this Batman all the more sinister.

We get two covers with new character, The Grim Knight; a Gun-toting Batman illustrated by Tyler Kirkham and Jason Fabok. This new character is an unknown Punisher-style Batman, and a wild card in the upcoming story.

Finally, we possibly get some insights into the series’ plot in the restrained Nightwing in the Mico Suayan cover. Does The Batman Who Laughs challenge the Joker, as we see in Johnny DesJardins’ illustration?

We have a lot to look forward to!

Pick up your copies of The Batman Who Laughs #1 at one of the listed outlets for your exclusive cover on December 12th!