‘The Batman Who Laughs’ #1 Cover Revealed

The most anticipated evil Batman from DC’s Metal event is the Batman Who Laughs—a Batman / Joker hybrid. The villain officially debuted in Dark Nights: Metal #2 and he seems to be second in command to Barbatos. He has appeared in every tie-in since his debut and appears to be pulling most of the strings within the group of evil Batmen.

It will be sometime before we get the full story behind the Batman Who Laughs; the one shot featuring the character will be the last of the evil Batmen tie-ins released on November 15th. Luckily, we have plenty to hold us over until then—including the official cover reveal to the aforementioned one shot: 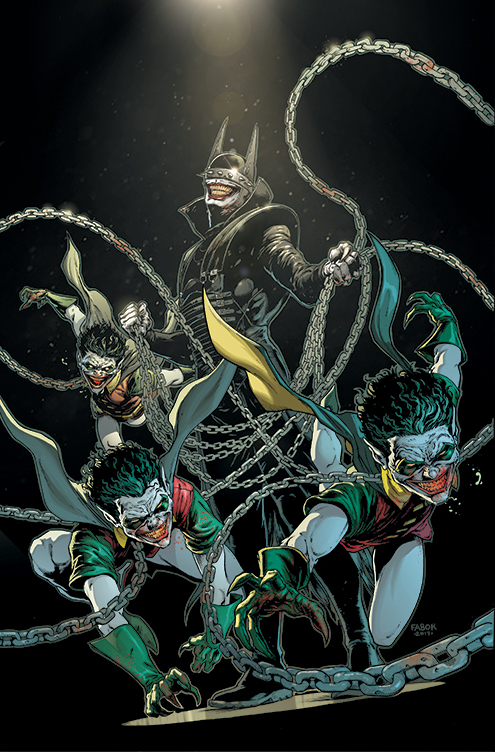 Can we all admit that The Batman Who Laughs deserves all the attention he’s getting? It makes the most sense out of everything we’re getting from the Dark Multiverse—Batman and Joker are just two sides of the same coin. That’s why seeing Batman as a villain and seeing Joker as a hero often times works. And the basis that The Batman Who Laughs is on the fact that Bruce can’t get over his guilt of the Joker killing Jason Todd is written all over the pages of Dark Knights: Metal #2. 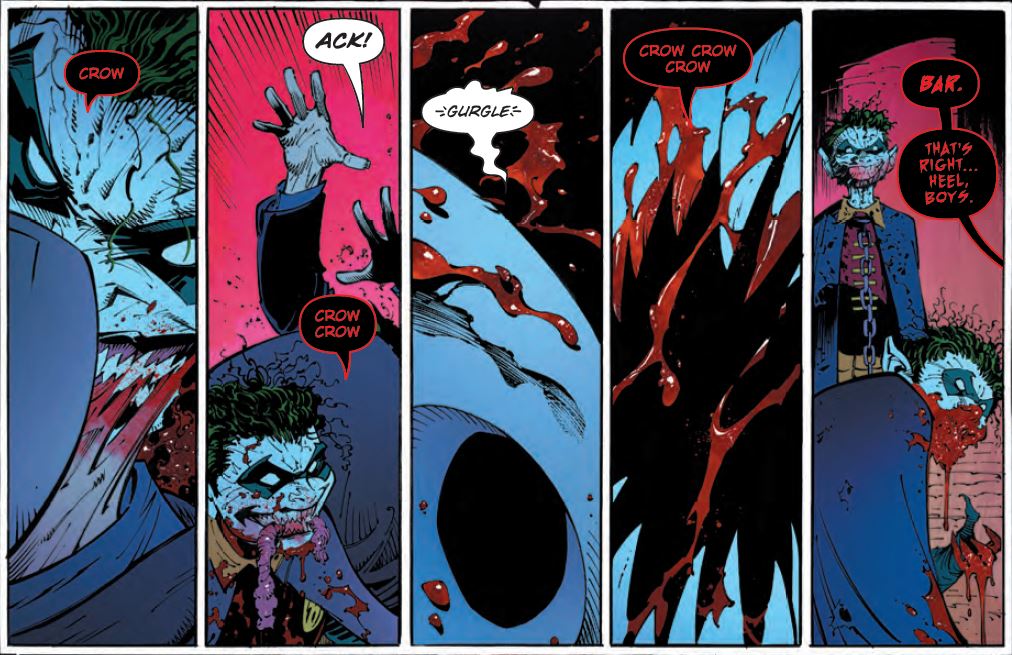 After getting a glimpse into the origin of The Red Death Batman, I’m a bit worried about how some of these Dark Knights origins are going to go, with only 22 pages to tell their story. Batman: The Red Death #1 suffered from pacing issues and an unclear end game for this version of Batman. It’s going to be hard to buy into the evil Batmen who are amalgamations of Batman and the other heroes. On the other hand, with the Batman who are merged with villains, like The Batman Who Laughs, it’ll be easier to understand their motivations—their half villain!

The Batman Who Laughs #1

As the events of Dark Nights: Metal rock the DC Universe, the creatures of the Dark Multiverse stand ready to invade our world! How can the World’s Greatest Heroes stop a horde of deadly beings that appear to be powerful nightmare versions of familiar figures? Find out in these special tie-in issues!