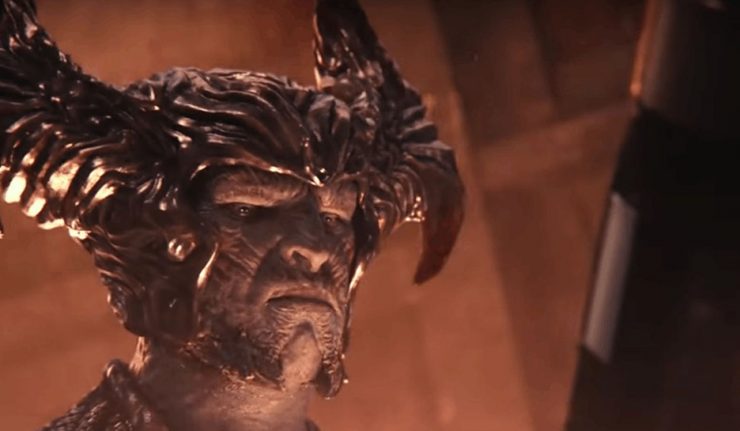 While we are aware that WB made some alterations to David Ayer’s Suicide Squad, following a less than positive response to one of the trailers, we don’t yet know the full extent. There are a few scenes in some trailers that remain absent from the theatrical cut.

Ayer and Jared Leto have also been somewhat transparent (as transparent as they can be) about the amount of Joker that never made it into the the final print. Leto claims that a ton of footage remains on the cutting room floor somewhere. Meanwhile, Ayer has revealed on social media various story elements regarding the Joker and Harley that we never saw. For example, Ayer took to Twitter earlier in March to explain what was supposed to have happened in a scene shown only in the trailer where Joker tossed a grenade and waved goodbye.

Most times, Ayer doesn’t necessarily volunteer any information, but rather just clarifies information. Fans usually ask Ayer and he sometimes provides answers. It seems some concept art appeared on Twitter showing the Squad standing before Steppenwolf. The user suggests that Parademons and boomtubes were also present in the original story.

Steppenwolf, boom tubes and parademons may have originally been in Suicide Squad 😔#ReleaseTheSnyderCut #ReleaseTheAyerCut @wbpictures pic.twitter.com/zy4rORdOaQ

Pretty unbelievable, right? So a fan brought it to Ayer’s attention to verify its validity. Fortunately, Ayer answered. Yes, Steppenwolf was supposed to be appear in Suicide Squad. Isn’t that nuts? Don’t take my word for it. Check it out straight from the horse’s mouth below:

This is right. Enchantress was under the control of a mother box and Steppenwolfe was prepping an invasion with a boom tube. Had to lose that then the JL story arcs evolved. https://t.co/pSAag9rpZq

Personally, one of the largest points with which I took umbrage in this movie was that the plot ended up becoming too big for the squad. It just seemed to me that Task Force X simply wasn’t equipped to handle something apokoliptic. Also, introducing the concept of Apokolips in a Suicide Squad film would have been severely misplaced. So, I think it was for the better that all of that was cut.

The only way that I can see this woven into the story organically is if Steppenwolf appeared in an end credits scene revealing him as the true villain. This would been a proper set up for Justice League and the larger DC film universe. However, Ayer states that JL‘s story evolved only after Steppenwolf was removed from Ayer’s story, implying a correlation between the two stories. This begs the question: Was Steppenwolf incorporated into JL only after he was cut from SS?

If that’s the case, Steppenwolf wasn’t supposed to appear in JL, which means that Task Force X defeated Steppenwolf? A god from Apokolips that could withstand the combined efforts of Aquaman and Wonder Woman in this film universe was to be defeated by a group of people, most of whom do not have superpowers? What?

This just raises more questions. Personally, I think I would have been happier not receiving this piece of knowledge.

What do you think? Would the inclusion of a Steppenwolf’s invasion in Suicide Squad have worked? Or do you feel that it would have been too ambitious? Let us know.