Will “The Final Joke” Deliver The Loss Of Another Robin In ‘Batman Beyond’?

Could DC be planning the loss of another Robin? If rumors and art are to be believed then, yes! The cover art for Batman Beyond Issue #29 has recently come out, and boy is it a tearjerker.

The Story From Here

For February 2019, DC teases that with the return of The Joker, Terry McGinnis will not only be facing quite a formidable foe but may also be losing far more in the aftermath. So far in the series Terry’s younger brother Matt has joined the Bat Family as the newest iteration of Robin. With training not only from Terry but from Bruce Wayne himself, to learn just what it is to be a Robin. 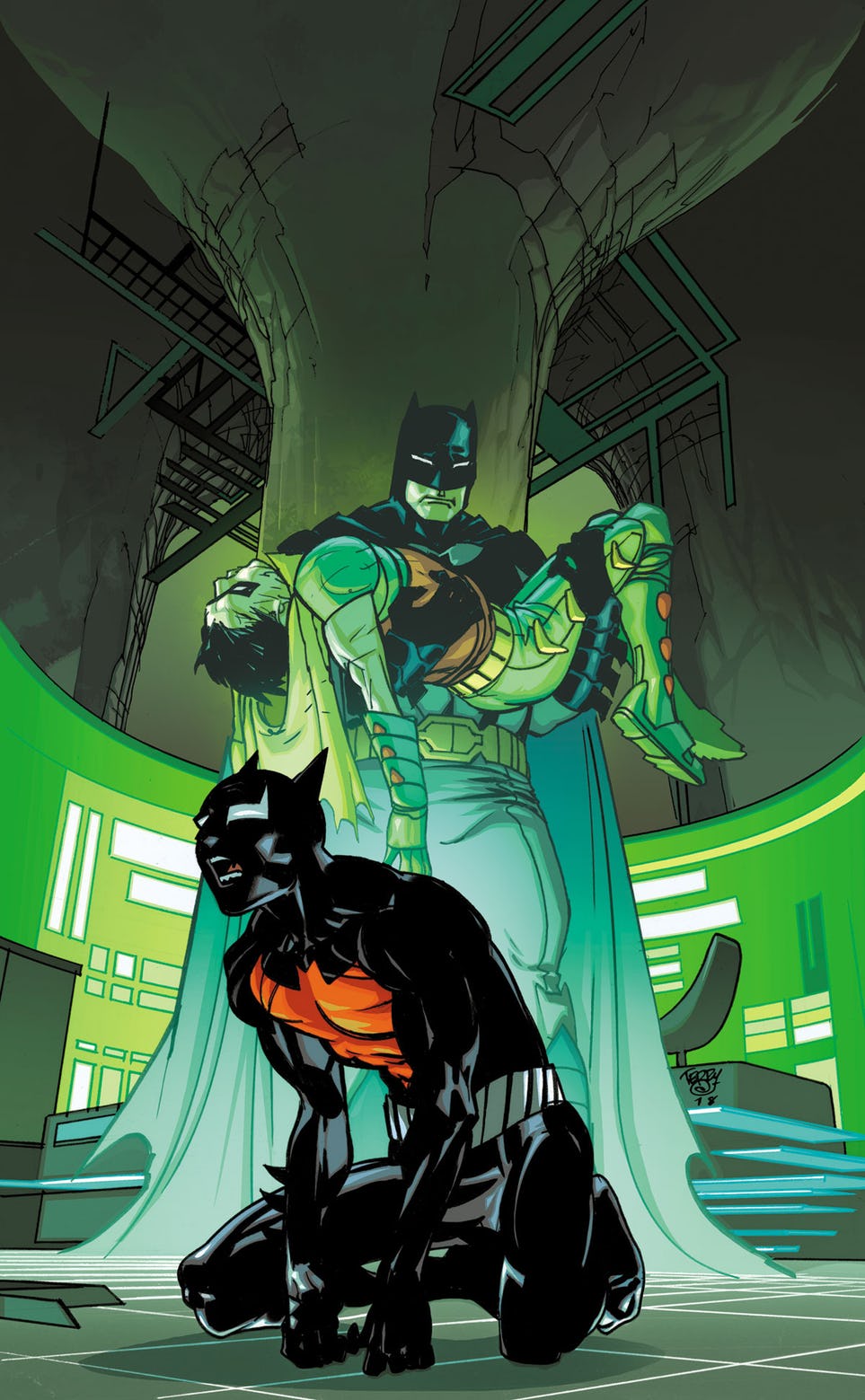 Everything is coming together to form the perfect storm. Joker returned in Issue #25, he has with him a crowbar which fans will remember being the way we lost Jason Todd in Death in The Family, and an older and wiser Dick Grayson is back as well.

A lot of factors are coming together to make a reader wonder just where they are leading in the story. With Joker repeating his crimes, including going after Barbara, is he trying to right what didn’t go as planned previously? Or is he setting us up for something worse this time around?

Readers will have to wait and see ’til February 27, 2019 to discover just what will happen in “The Final Joke” story arc. If the cover by Pasqual Ferry is any indication of what we can expect, then it may be best to be prepared, and have tissues at the ready.

What do you guys think of the Batman Beyond story so far? Are you on pins and needles to see just what lies in store for Terry and Matt? Let us know in the comments below!

CW Producer Explains Where Batman Is During ‘Elseworlds’ Crossover