The extremely talented Lee Bermejo gave us a pretty exciting sneak peek into what readers can expect to see in the next Issue of Batman: Damned. The artist released a sneak shot of art of the Demon Etrigan. The image shows how Etrigan will be showcased and how he will appear in the next edition of the mature readers series. 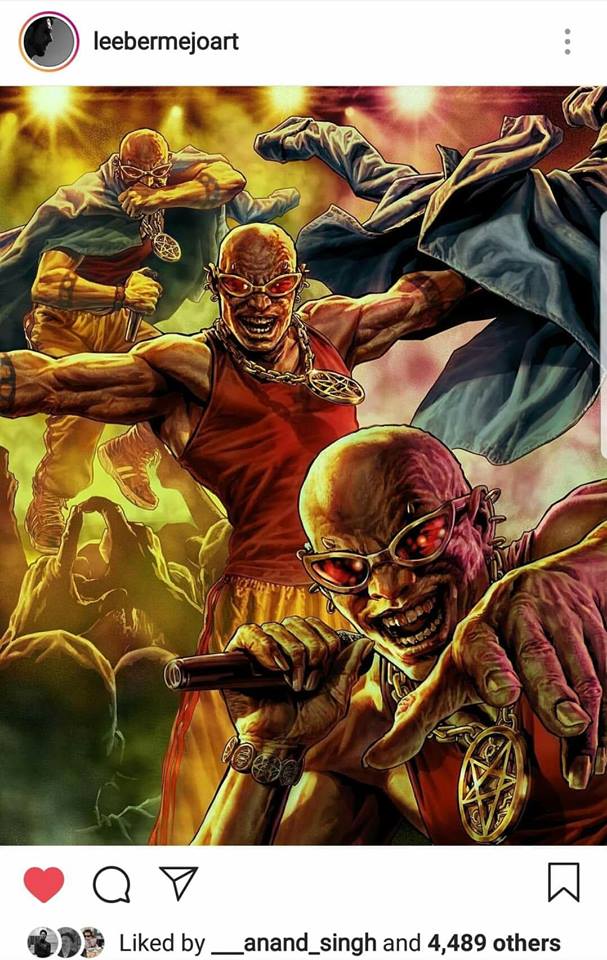 Created by Jack Kirby, Etrigan is a demon from Hell who, despite his violent tendencies, usually finds himself allied to the forces of good. This is because of the alliances between the heroic characters of the DC Universe and Jason Blood, a human to whom Etrigan is bound.

Fun fact, Etrigan’s original appearance was inspired by a Prince Valiant comic strip in which Prince Valiant was wearing a demon costume. Kirby took inspiration from the mask he wore in the strip to create Etrigan as he is known. Also the character was originally based in Gotham city herself, this lead to many adventures teaming Etrigan and Batman up. 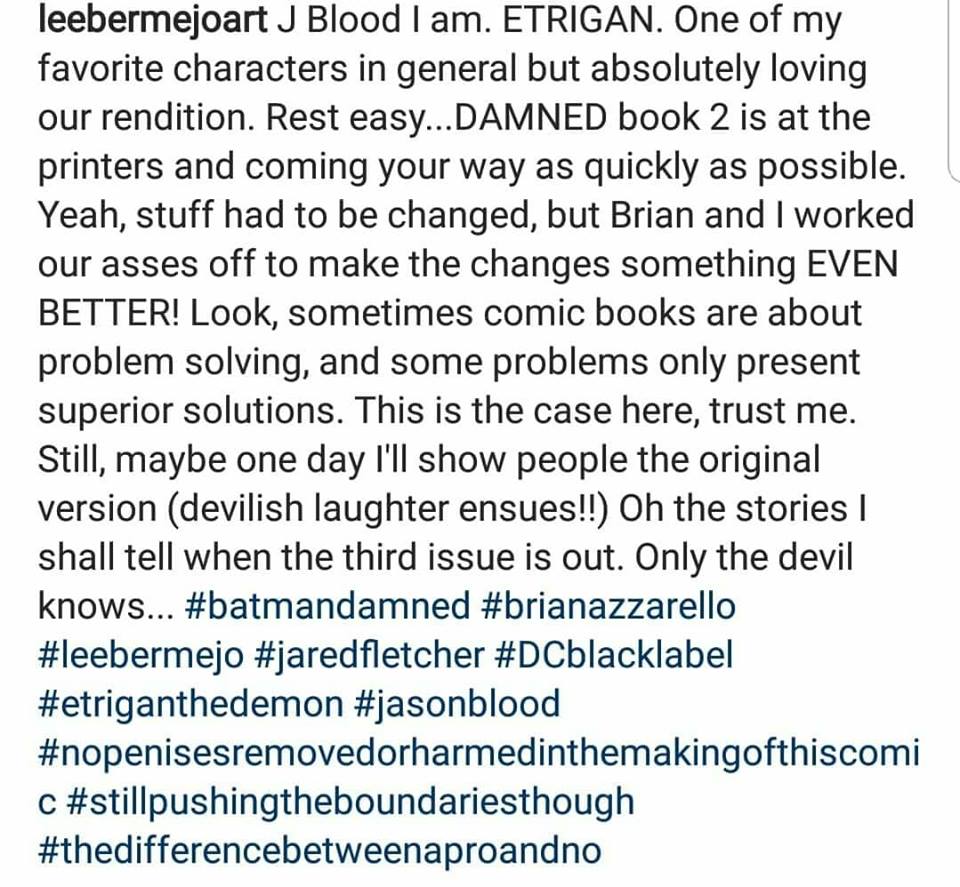 In the new iteration presented by Bermejo we get to see a whole different version of Etrigan, in this one he is presented in the artwork as being a heavily muscled rap singer. It is certainly a different take and in the post of Bermejo’s Instagram he states,

“Look, sometimes comics are about problem solving, and some problems only present superior solutions. This is the case here, trust me.”

For the fans of the series it will be interesting to see what the art team is planning to do with the demon and what the story behind, not only the new visage, but the new take will be. Oh and Bermejo, waiting super patiently to see his original take!

So readers, what are your views on the first glimpses into what Batman: Damned holds for us? Let us know in the comments below!

Will “The Final Joke” Deliver The Loss Of Another Robin In ‘Batman Beyond’?