WARNING! This interview contains spoilers for the soon to be released Superman: Year One series by Frank Miller and John Romita Jr.

Frank Miller is a bona-fide comics legend… plain and simple. In my humble opinion he ranks with Alan Moore and Neil Gaiman as one of the three greatest comics writers of the last 35 years. What sets him apart, though, is that he’s as celebrated an artist, as he is a writer. He has also written screenplays and even directed Hollywood blockbusters based on his comics.

For DC Comics he gave us what many still believe is the greatest ever Batman origin story; Batman: Year One, as well as a controversial look into one possible future for the Caped Crusader in The Dark Knight Returns.

His next project will tie both of these classic tales together. The forthcoming Superman: Year One will finally show us his take on the Man Of Steel’s origin, as well as a completely fresh perspective on the first ever meeting between the World’s Finest Team.

I was privileged to speak with Mr. Miller at the recent MCM London Comic Con, and attend his amazing Batman 80 year celebration panel. Here I proudly present the results of these fascinating conversations. 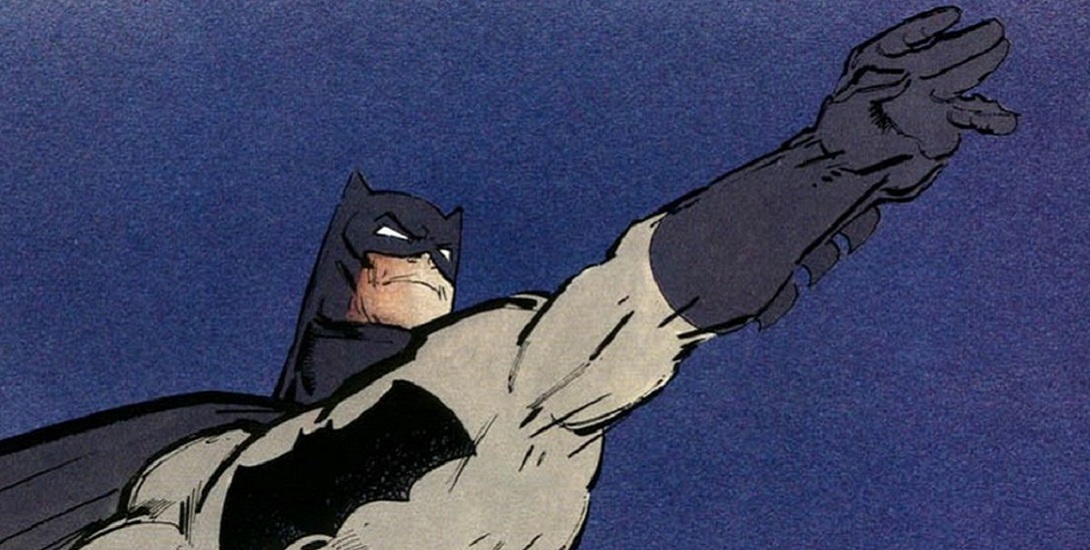 I was a little boy, and I’d been reading Superboy and The Legion Of Superheroes. I picked up a DC Comics 80 Page Giant, which felt like it was as thick as an encyclopedia. It reprinted old newspaper strips of Batman, telling a story of Batman being begged for by someone who was facing execution by electric chair on death row. He called out for Batman to come and prove he was innocent.

Batman, in these newspaper strips, took the guy’s case, went out, went through all the evidence in the world and he sure felt like this guy was innocent, but he kept checking and found out that he was guilty. At the end of this wonderful story, Batman watched the guy fry… and I went, “This is my man!”

Some say that Batman’s just a guy, but he’s just a guy with a billion dollars, and really cool toys. 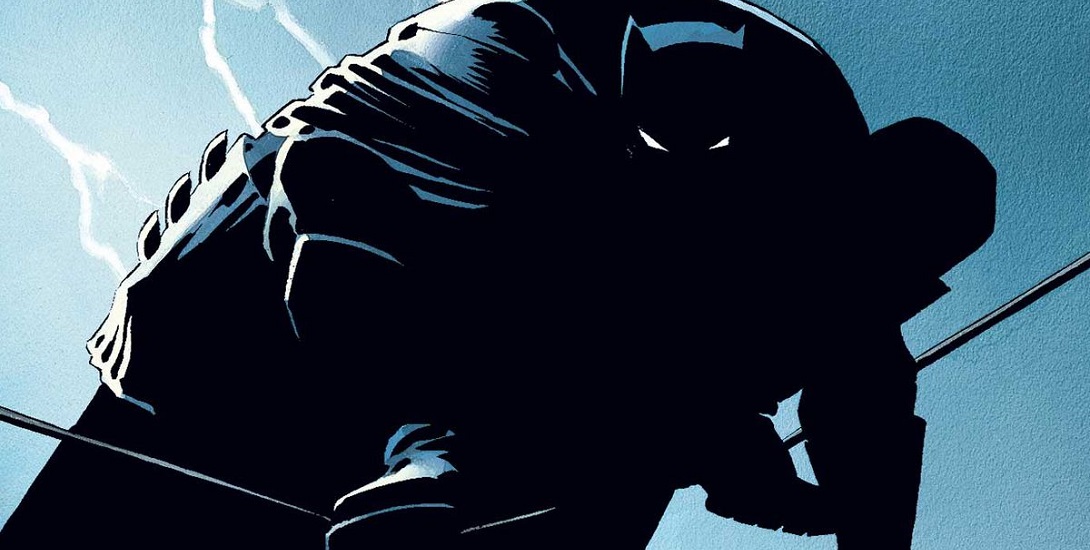 Dick Giordano was a renowned character artist and teacher. He got a great many things happening during that exciting time at DC Comics, when he and Jenette Khan were shaking the place up. He came to me when I was working on Marvel’s Daredevil and he said, “We go to comic-book conventions, and every time we ask the fans who their favorite comic-book character is they say Batman… but we can’t sell the comics. Do you have any ideas?”

Now, that was like being handed the keys to the kingdom, so I said, “Yeah… I’ve got some ideas!”

I was 29, about to turn 30, which was a terrifying age to turn, so I thought I’d make Batman the impossibly old age of 50. I built the story essentially around placing Batman in a world that resembled the one right outside my door. It was the mid 80s, it was New York City and that was a very ugly time in New York, so I simply threw him into that world.

Originally I planned for it not to include Superman, or the rest of the superhero cast. I actually planned for it to end it with Batman dying in a blaze of police gunfire. Mostly what I was thinking about was, “Are they going to allow me to do this?” It took on a real life of its own and, as it developed, the character of Batman became defined as much more extreme than he had been in the past.

It became, as it always did with these older characters, a very healthy test of wills and ideas between the people doing my job, and the ones protecting their trademarks. So, there was much “Lively discussion.” 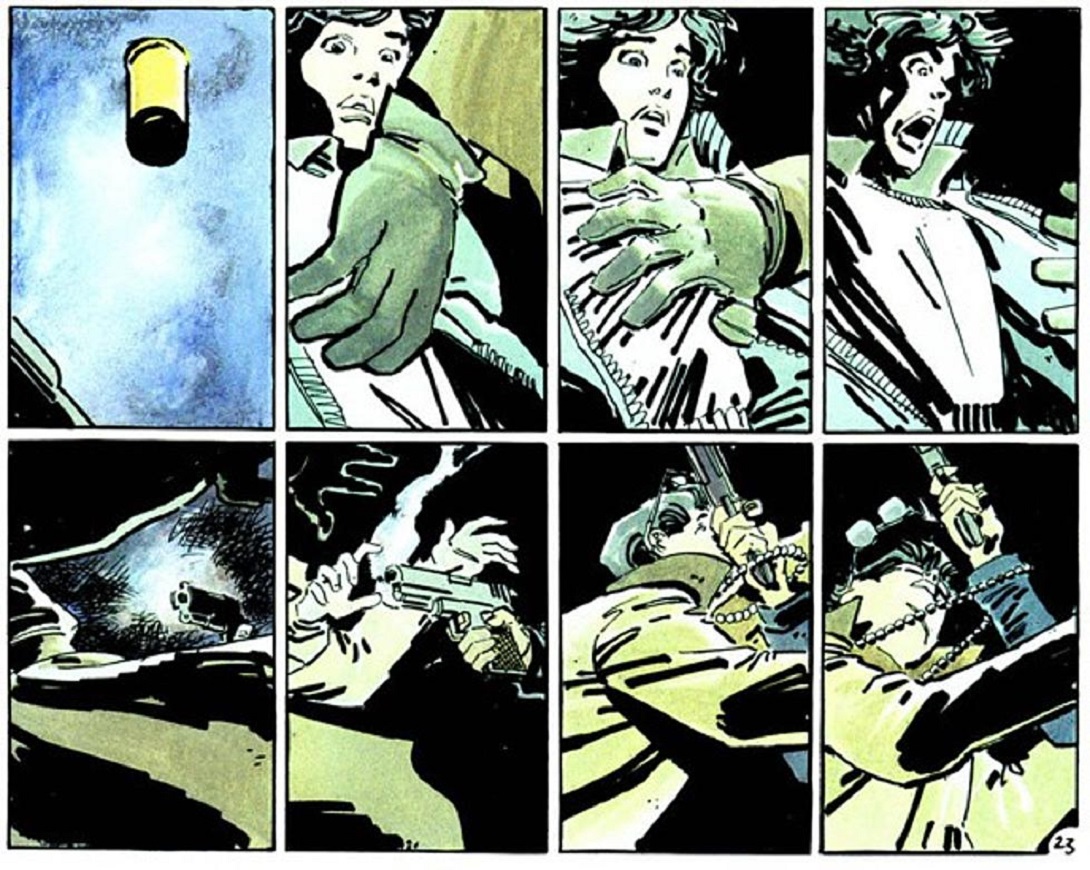 I chose the 16 panel grid (for DKR) because I didn’t want it to be a strip that much, and I wanted to be as flexible as possible. I could break it into four horizontal images, or two vertical, or even one full-page shot. I wanted to see if I could make a modular comic-book that way. Ultimately it’s an idea that I explored and used to typically develop my thinking, and it’s not one that I use particularly anymore.

It’s very useful, and it was there as a way to try to systematise how to make comic-book pages, at a time when everything seemed to be pretty haphazard. To bring some kind of structure into comics, which is something a lot of us were thinking about. Much like Dave Gibbons did with Watchmen. 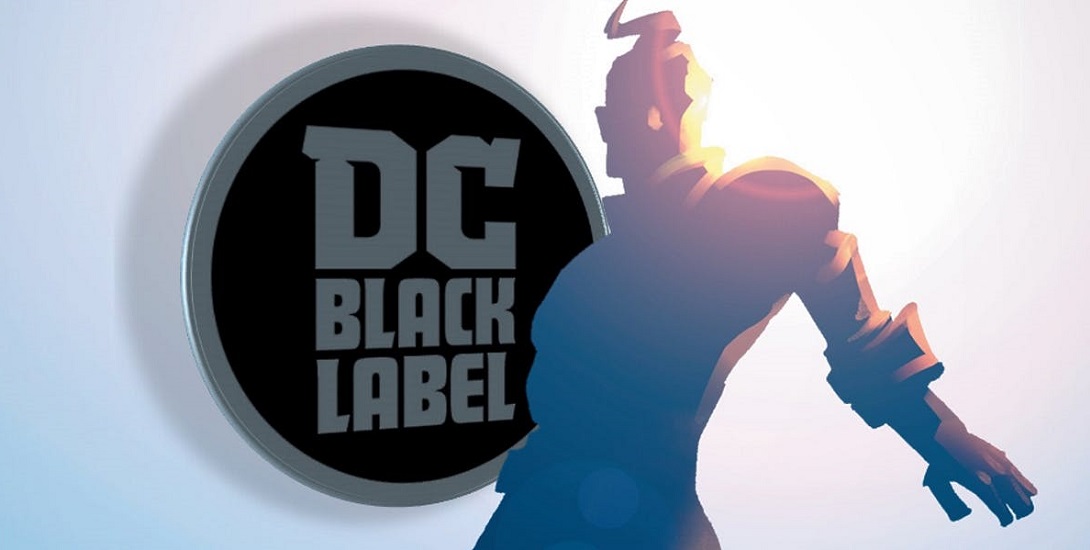 Frank Miller On Superman: Year One and the Batman/Superman dynamic

Batman will make an appearance; we’ll see where it all started, and why they “Get along so well.” (With) this Superman project, a lot of it is about establishing and re-introducing things. What’s amazing to me is the sheer wealth of range in Superman. He’s such a wonderful creation that even after revisiting him, after all these generations, there’s still an abundance of fresh material. I find myself absolutely thrilled by it.

(Fans talk about my preferential treatment of Batman over Superman in DKR), but it was much worse in Strikes Again. Kryptonite boxing gloves?!? That was bad! But… who got the daughter, y’know?

I’ve got to give Paul (Dini) and Bruce (Timm) credit, because with Harley Quinn  they actually dropped a new one on us. One of the very few new additions that have come and stuck, and have now been accepted by everybody.

Batman’s villains are a parade of the best and sexiest characters. There’s a profound difference between the two heroes in that Superman doesn’t have any good female villains… at all. Batman has all of them. It kind of tells you who the sexier character is, I guess… when it comes to villains. Batman has all the good villains. Superman’s got Luthor, and I guess Brainiac.

But, hey… Superman’s my next project, man. I love the guy!

On that note, I have to say that I’m more hyped than ever for Superman: Year One now. Even more-so after John Romita Jr.’s incredible bombshell on some of the content we’ll be seeing in the series. You can read about Mr. Romita’s thoughts on Batman, Tim Sale’s incredible story, conversations with Jimmy Palmiotti and Amanda Conner. Also coming soon DKN writer Adam Ray covered the Vertigo Comics Panel at MCM for our sister site DC Comics News.

Let us know your thoughts about all these articles, and about Frank Miller in the comments.