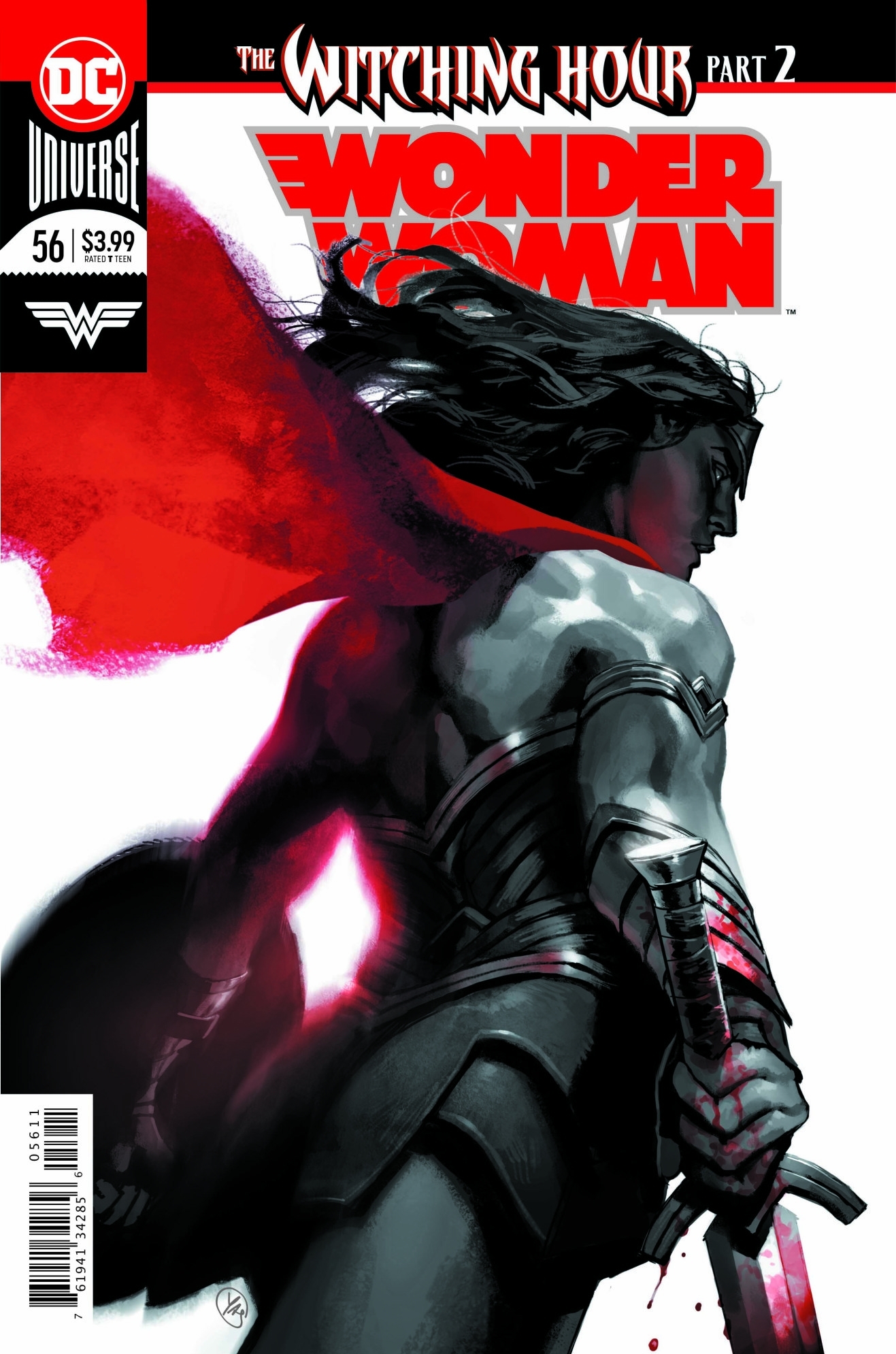 The hottest supernatural event in comics continues into the pages of Wonder Woman. This issue is the second chapter of “The Witching Hour.” This pulse pounding, spine chilling tale began last week in the brilliant Wonder Woman/JL Dark special, which followed on from Justice League Dark issues #1, #2, and #3.

In short, Earth is under attack by magical beings with almost god-like power levels. Wonder Woman and the Justice League Dark have managed to temporarily hold back the nightmarish Upside Down Man, but Hecate has erased the memories of Batman, Superman and the rest of the main League, so they are unable to assist.

To make matters worse; an incursion by Hecate has devastated Detective Chimp’s Oblivion Bar, leaving almost everyone inside a smouldering corpse. The fact that Diana seems to be possessed by Hecate’s power and fighting to keep the dark magic within her bottled in has the whole team in turmoil.

This Comic is Witching!

Damn, this story’s compelling. Writer James Tynion IV is giving us action, magic, thrills, and even a little romance. It’s so fantastic when a comics writer clearly shows love, care and respect for these wonderful characters. During his exceptional run on Detective Comics Mr. Tynion reintroduced us to some ignored/forgotten Batman Family members: Tim Drake, Cassandra Cain, Azrael, Spoiler, Anarky and The General. Bringing back Zatanna in the fantastic “Intelligence” arc was even a precursor to his Justice League Dark. (Please pick up the incredible collected edition of this story in Detective Comics: “Deus Ex Machina” as it’s a great intro into magic in the DC Universe and Zatanna). 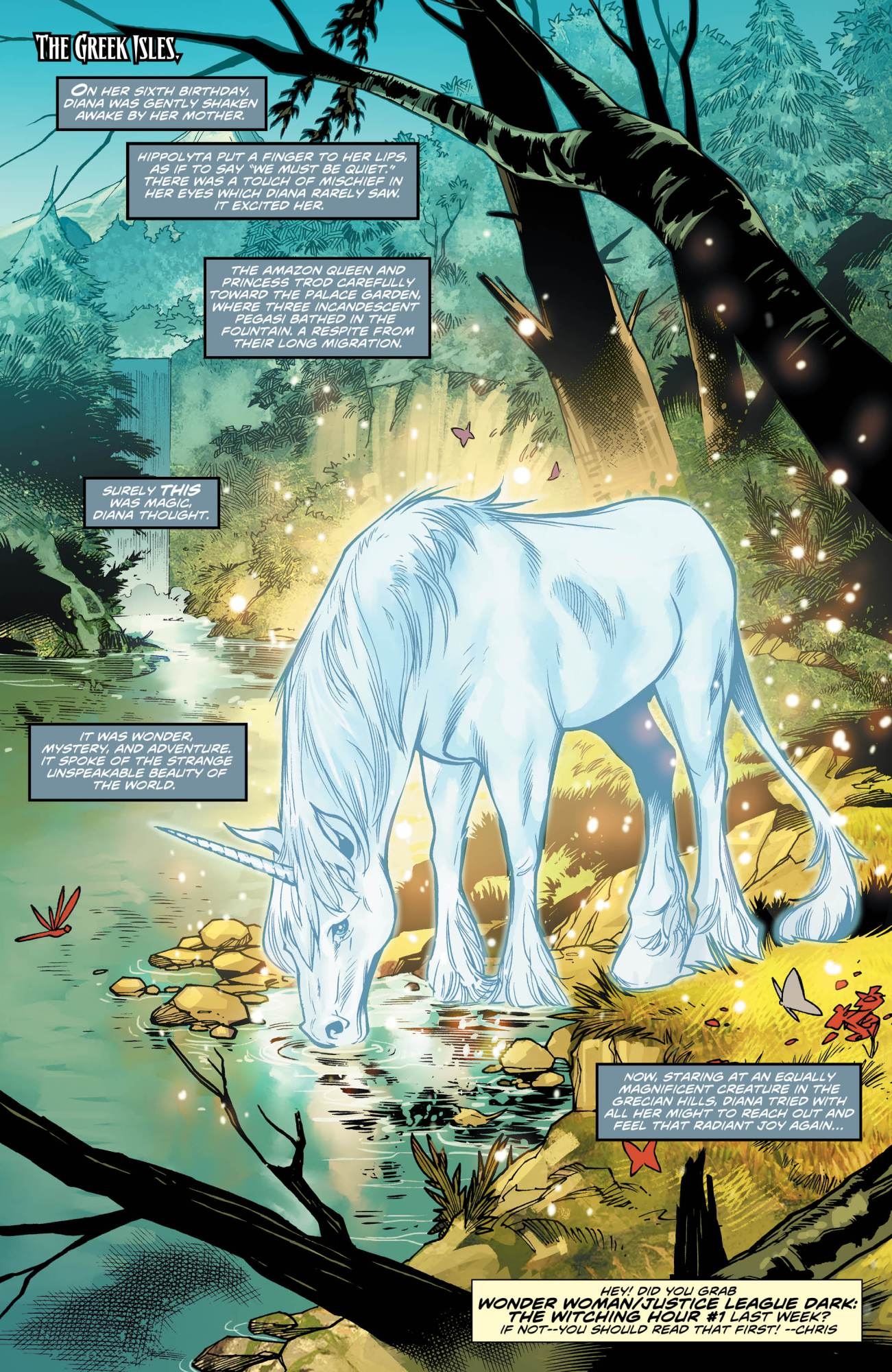 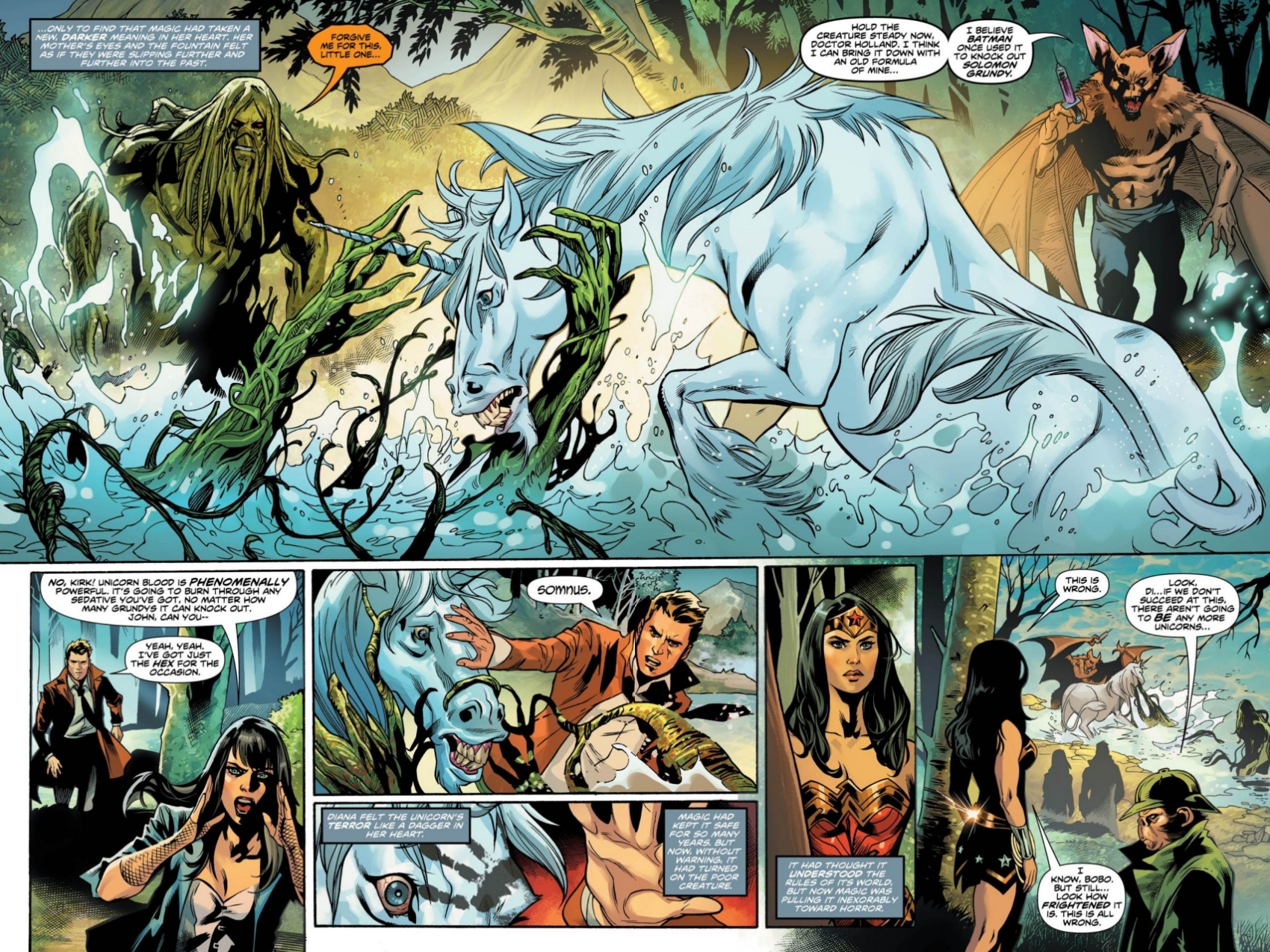 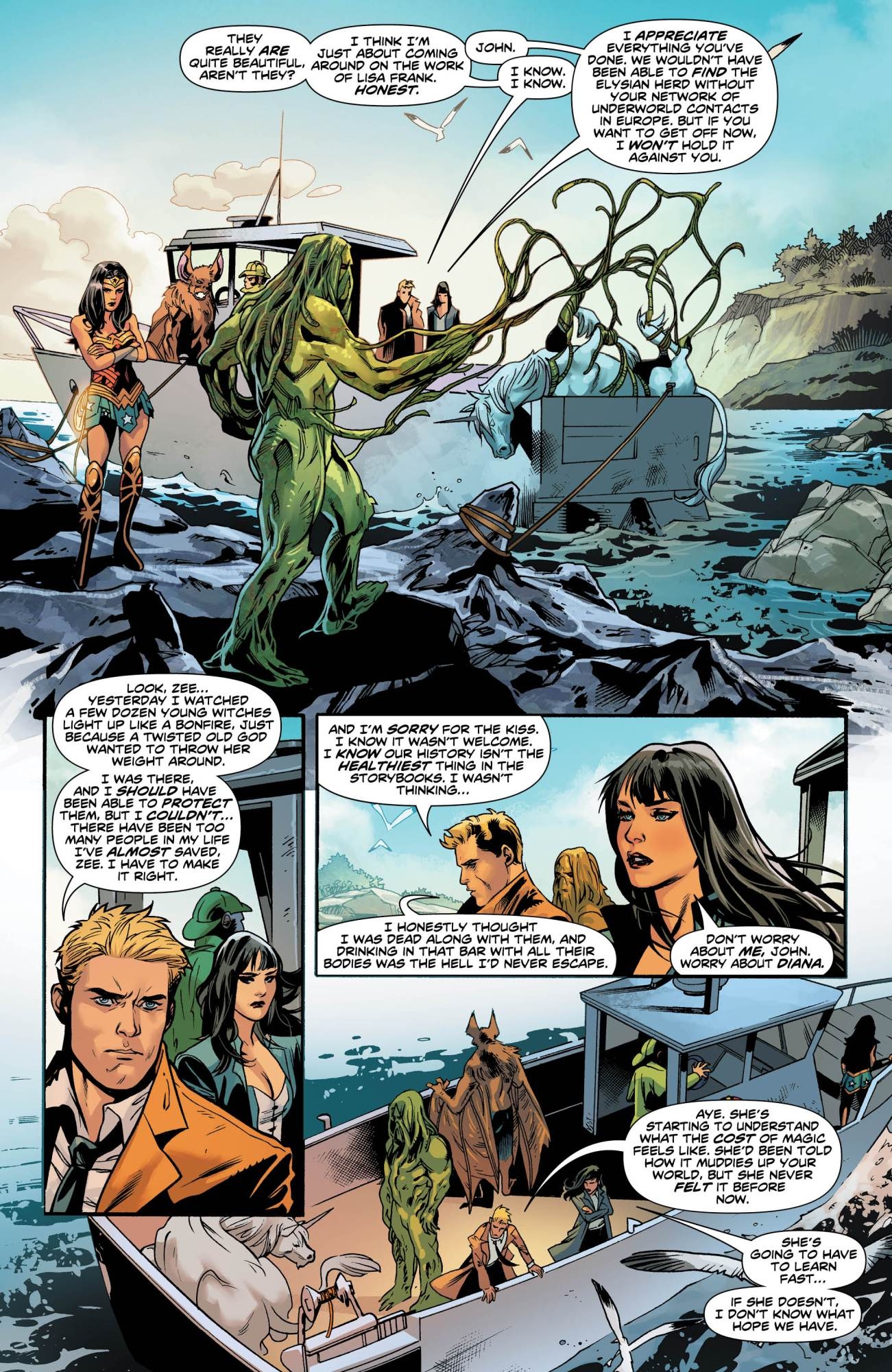 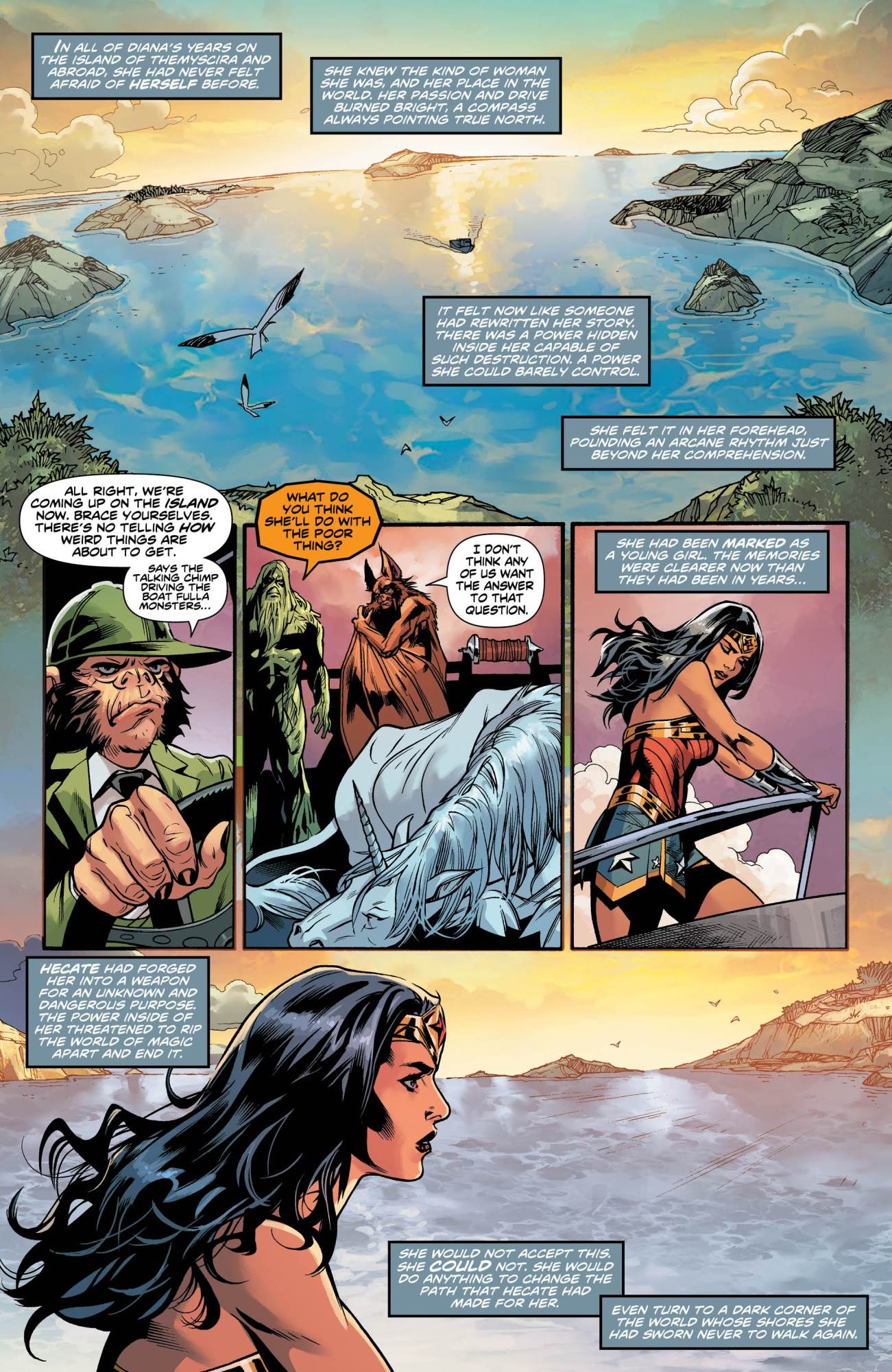 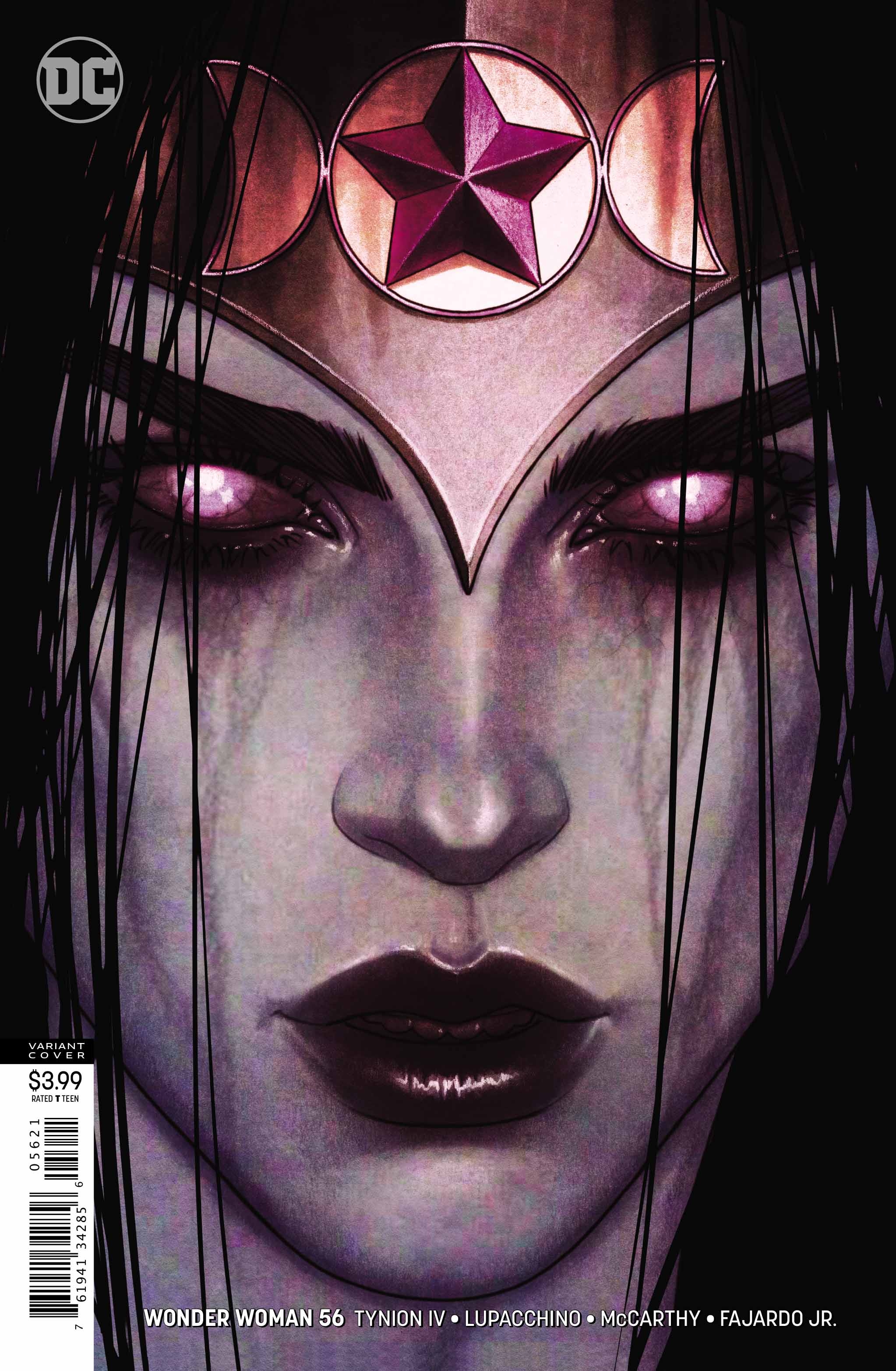 Now, in just three issues of this series alone we’ve seen Doctor Fate, Traci 13, and John Constantine dragged – wittingly or otherwise – into the fray. In this epsiode we see the return of Deadman, Circe, and the long forgotten hero Manitou Dawn. That’s some serious research and comics history, right there!

The art in this book is pretty gorgeous too; unicorns, witches, heroes, villains, cops and townsfolk. The one small niggle I have, though, is that all the human characters look great, but artist Emanuela Lupacchino doesn’t render Swamp Thing, Man-Bat or Detective Chimp quite as well. In fact, her version of Bobo is flat faced and looks more like a gorilla. He’s missing the slight snout that chimpanzee’s are usually more well known for. This is just a minor gripe though, when you see her glowing unicorn, and that amazing version of Diana on the final page.

Ray McCarthy’s inks, Romulo Fajardo Jr.’s color art and Dave Sharpe’s lettering on the issue are all top notch. I can’t say that this is a surprise or a revelation, as these three artists are some of the best in the business. Check out Deadman’s speech bubbles, the unicorn’s aura and all the energy/magical effects in the story. Gorgeous.

I’m really enjoying this crossover. I really hope that it brings Wonder Woman fans into the world of Justice League Dark. The JLD series is brilliantly written, beautifully drawn and richly deserves fan support. Two issues into the “Witching Hour” storyline and I’m dying to see what happens next. Magic.