“The Last Age Of Magic” – Part One 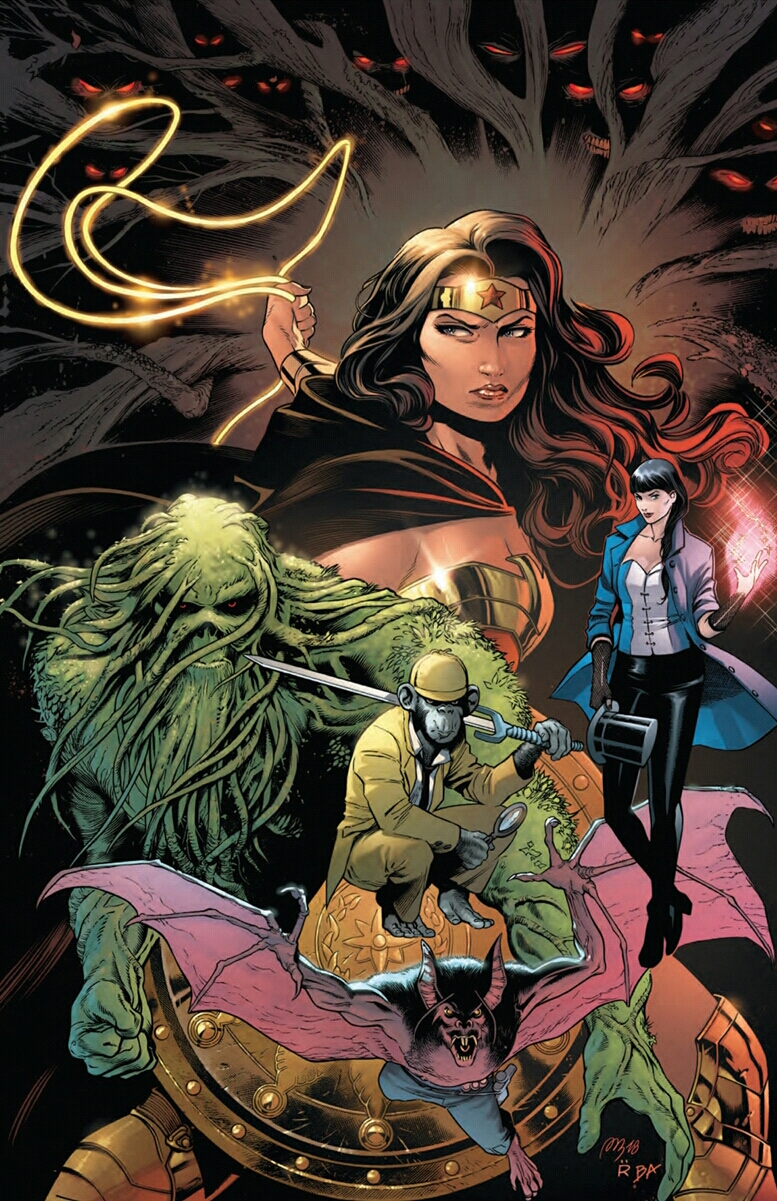 The Source Wall has been shattered, unleashing new enemies, new energies and dark mystical forces upon the Earth. The creatures from beyond time and space that created magic had been cut off from our world. Now they can see us. We stole their power… and they want it back.

Earth’s last line of defence comes in the form of an Amazon, a simian sleuth, a bog monster, a bat creature and a once mighty sorceress whose powers are out of control.

I have been waiting impatiently for this series for months. Anyone who has been reading my Detective Comics reviews over the last couple of years will know that I’ve become a huge fan of James Tynion IV. This is a writer that clearly grew up reading, and loving, the same comics and characters that I do.

In the stellar storyline “Intelligence” (collected in book form as Detective Comics Vol. 4 “Deus Ex Machina“) he teamed Batman’s Gotham Knights with DC’s no.1 sorceress, Zatanna. This story blew me away, not just because of the writer’s deft explanation of how magic works in the DC Universe, but also with the skill with which he described the characters, their histories and personalities. 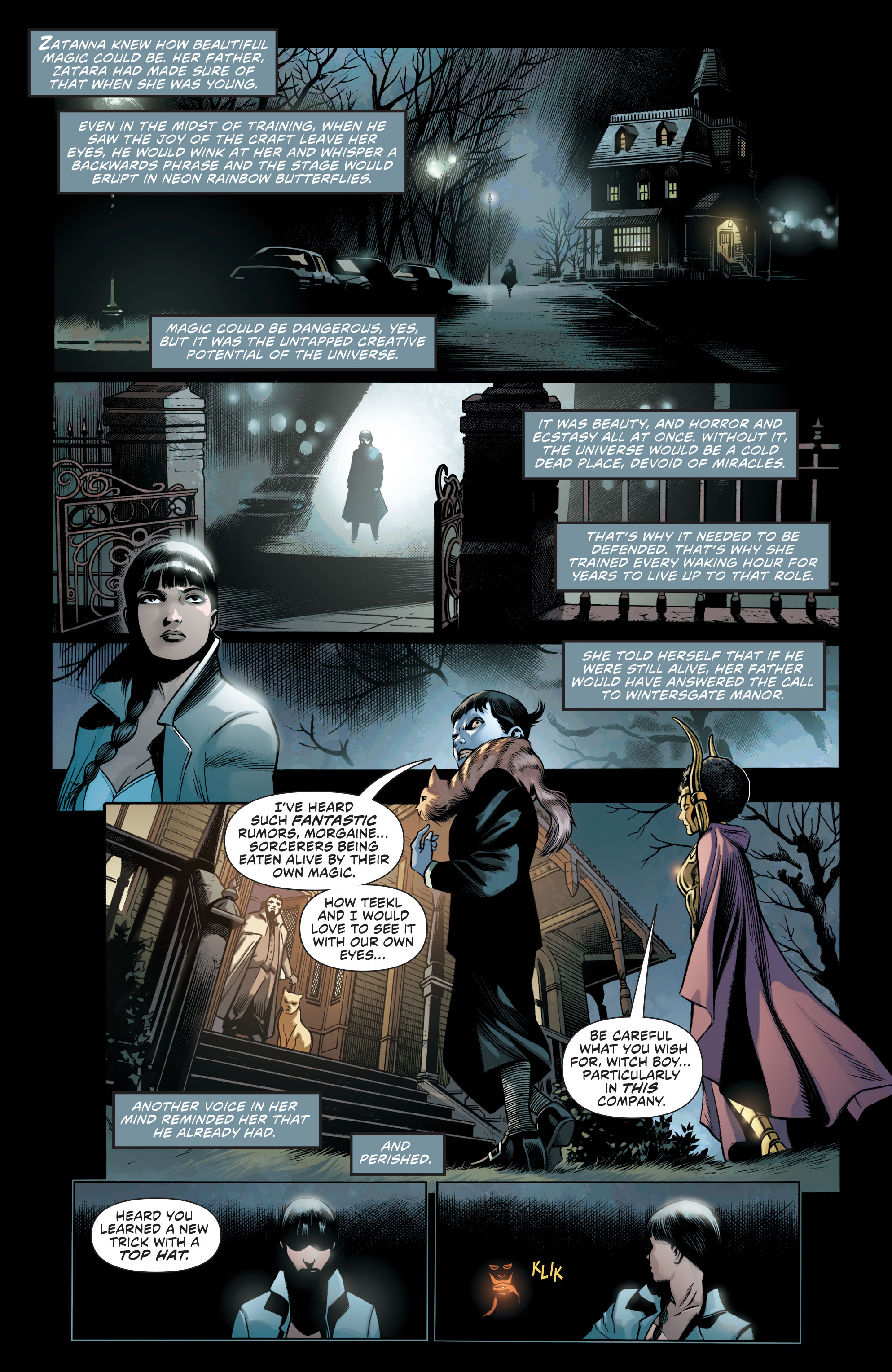 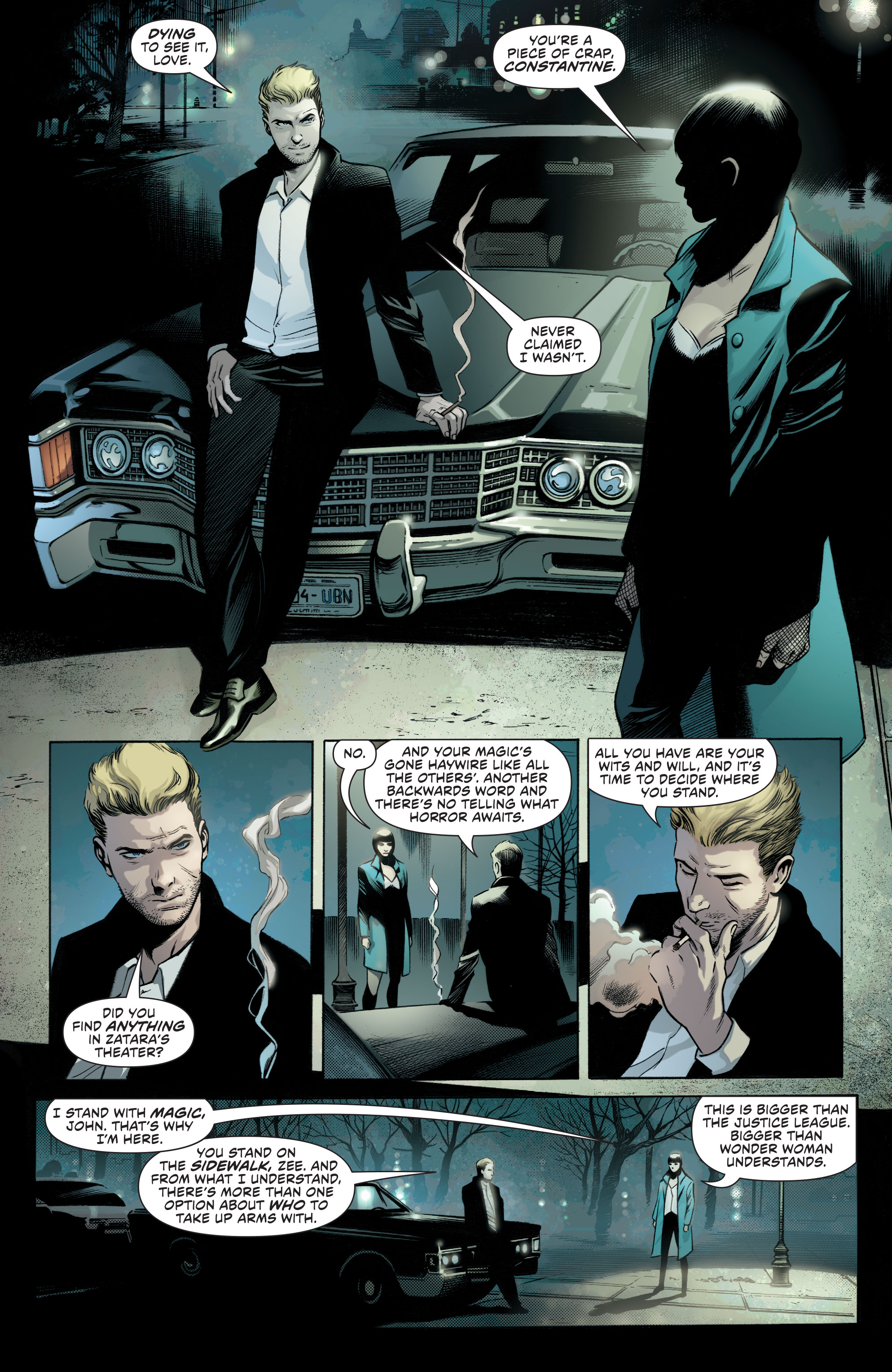 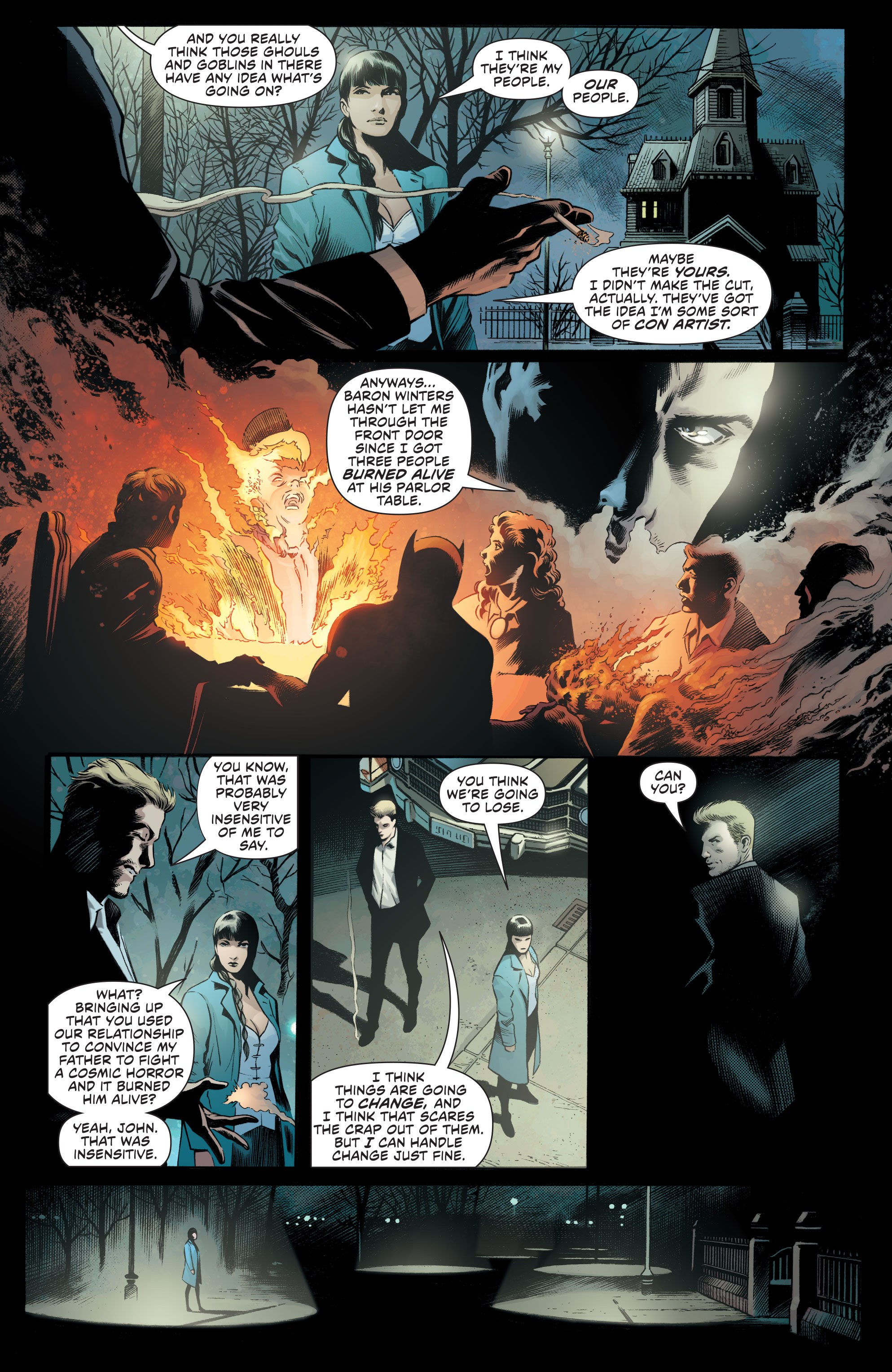 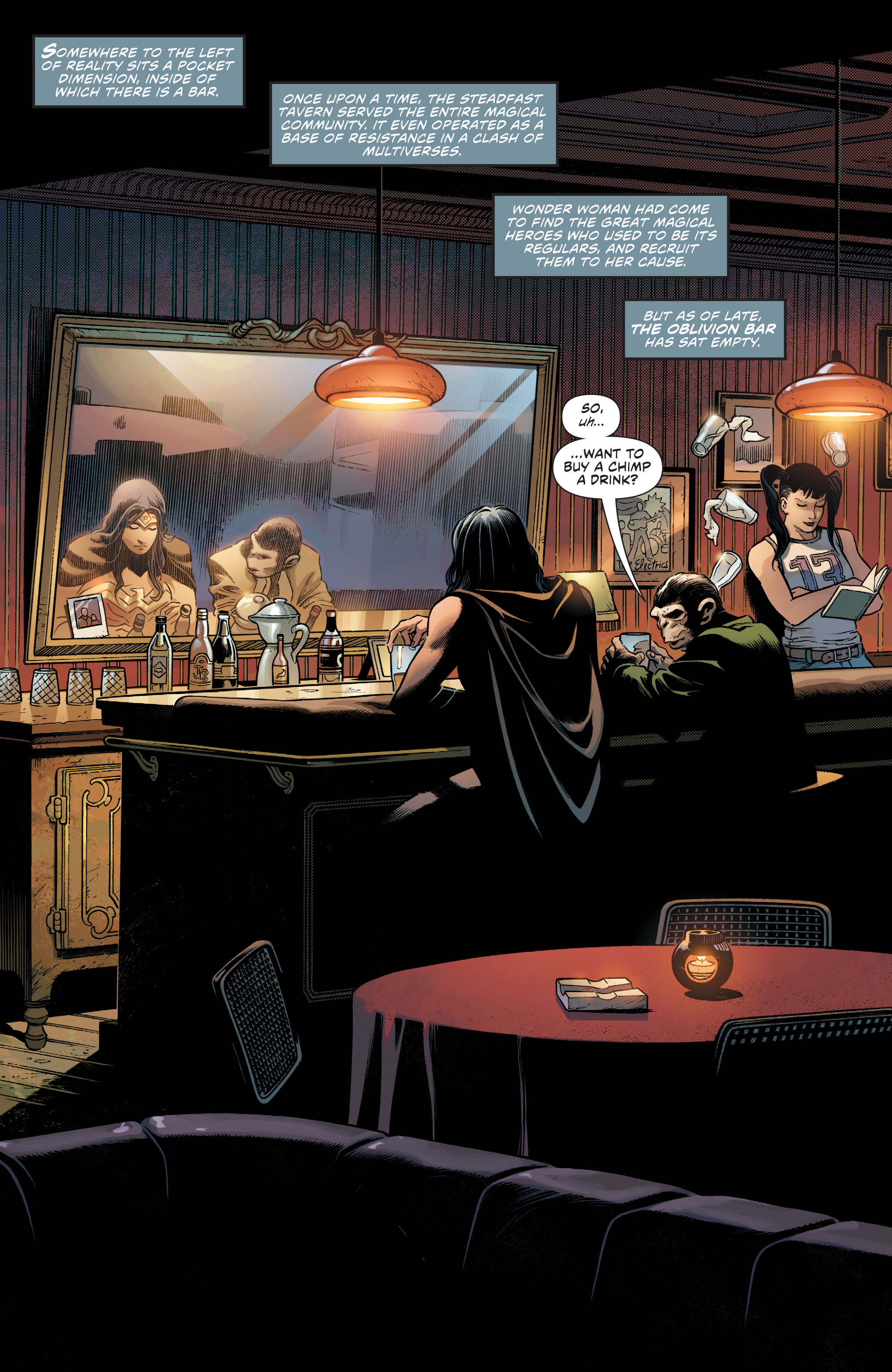 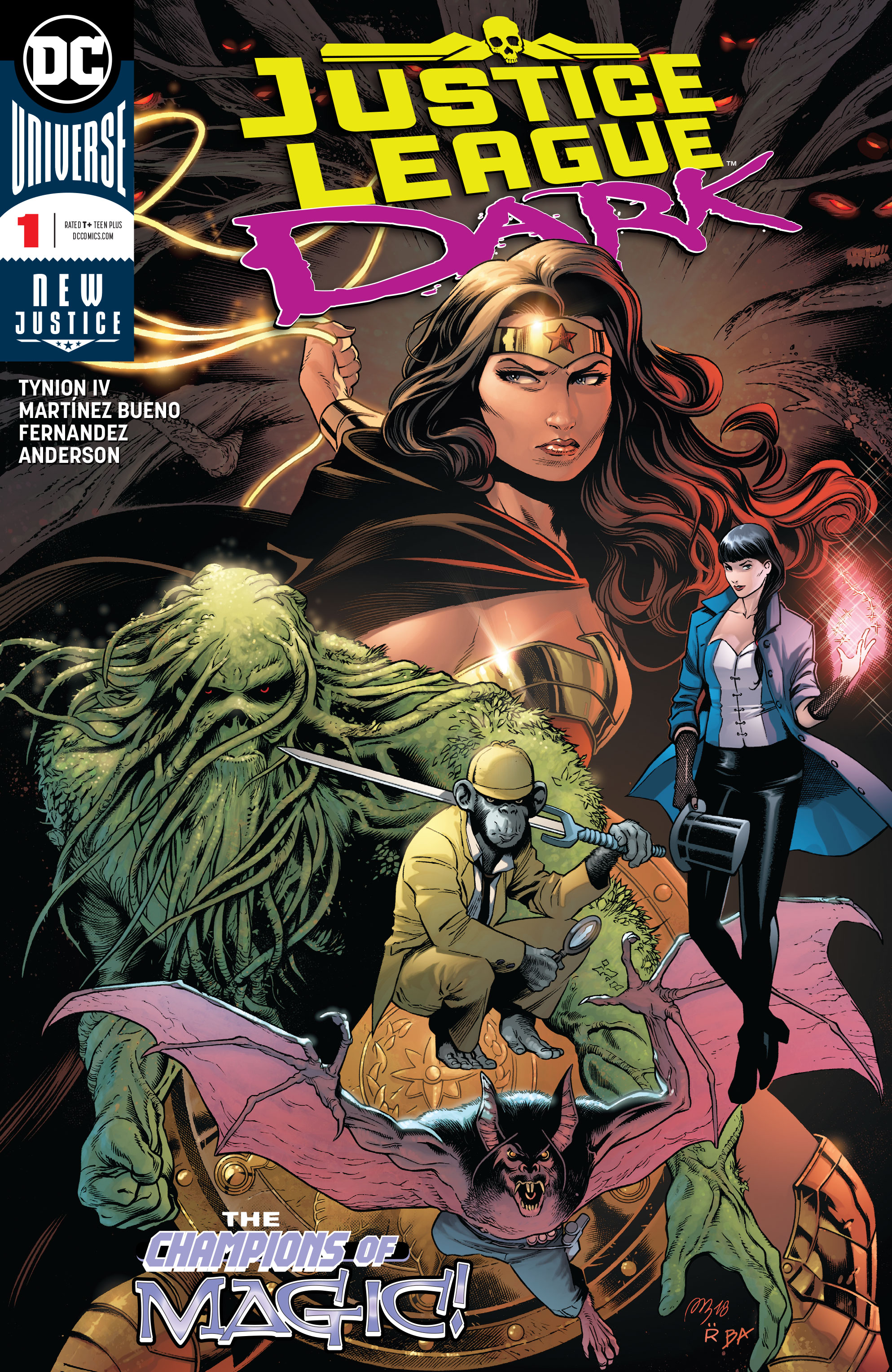 The action is tense, the horror palpable and the threat terrifying. At the same time we also get gorgeous comedy, beautifully drawn in the wonderful bar sequence. This is a team that can draw absolutely anything. I could go on for days about the symbiotic synergy of Álvaro’s incredibly detailed pencils, combined with Raül’s textured inks, all beautifully enhanced by Brad’s sublime colors. I don’t have the right words, though. Look at the examples above, then go out and buy a copy so you can experience it first hand.

These guys are so deliciously dabuten that I want to give them all unlimited cake and ice cream privileges for life. The art in this issue is so fantastic (and gross) that I felt like I’d been transported back in time, then dropped into a vintage issue of Alan Moore’s unparalleled Swamp Thing run. Anyone who’s read that comic (Mr. Tynion) will know that this is high praise indeed.

Guest appearances from John Constantine, Zatara and a flashback to Moore’s American Gothic had me punching the air like a loon. I love it when today’s comics creators acknowledge and respect the classics. This book is so good that I’m sure it will, in turn, inspire comics creators of the future.

Solid characters, a brilliant script, incredible cameos and art to die for. If the rest of this series is as good as the first issue, I’ll be one happy reader.

No complaints from this fella!