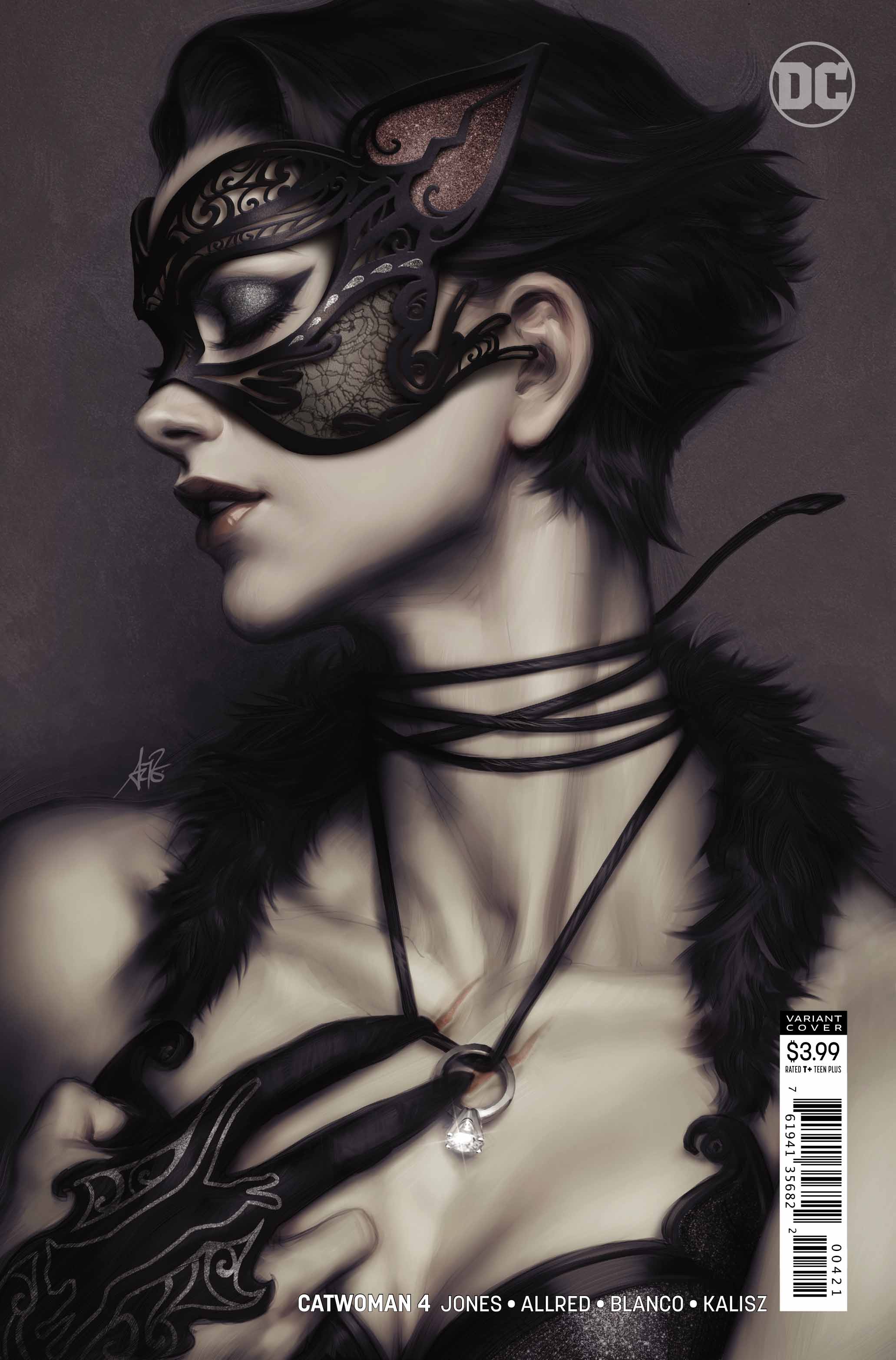 In this issue, we get the story of the woman in the wheelchair. Jones manages a strong balancing act throughout this issue. Readers are escorted through Catwoman’s past. We see her interactions with a sister new to this reviewer, and a real insight into her personal outlook.

At the same time, we see the real trouble a young Catwoman used to get herself into, making her connection with her sister, Maggie, all the more real. This issue is a strong character study of Catwoman from Joëlle Jones, who clearly knows her subject very well. 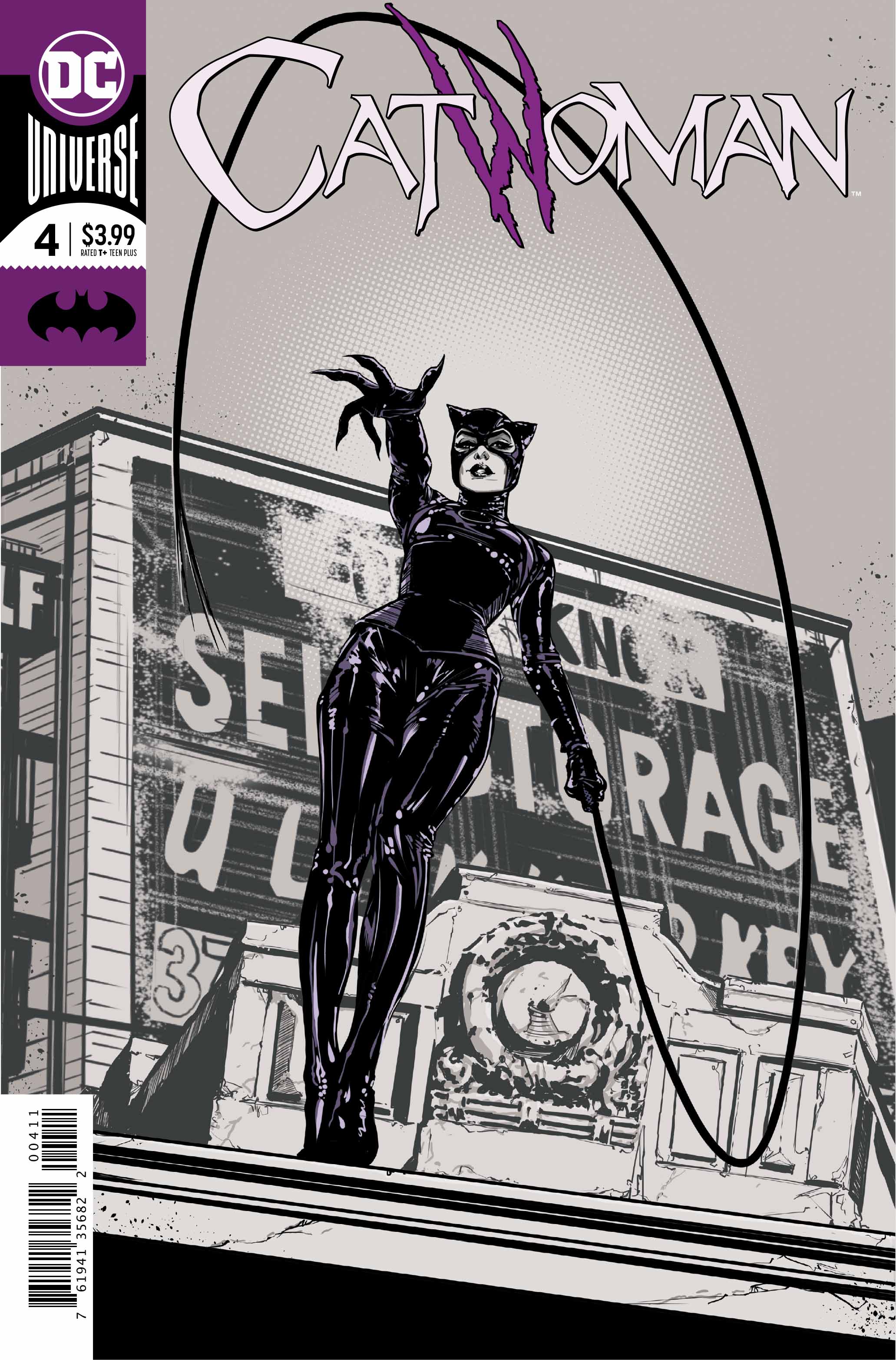 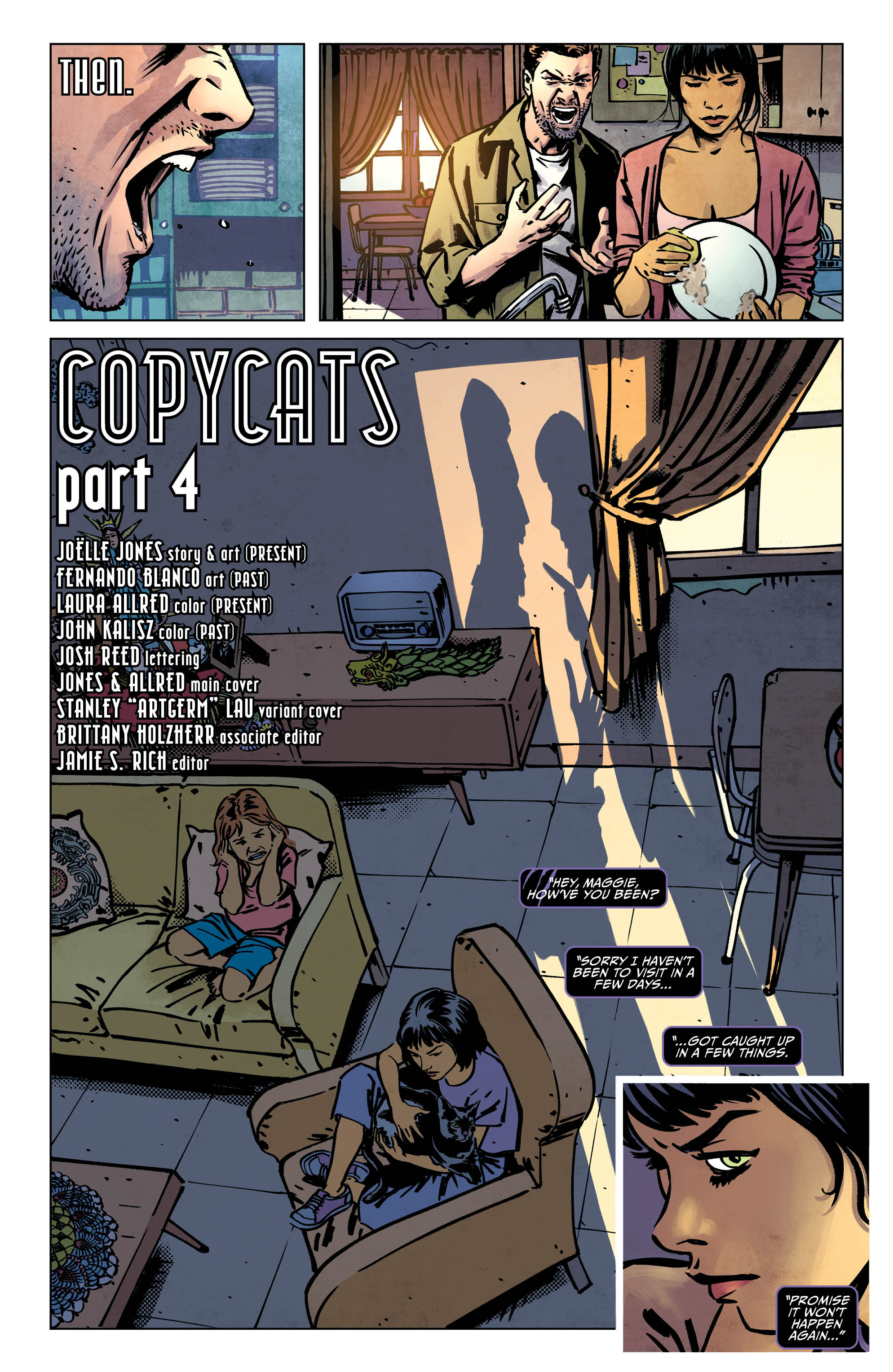 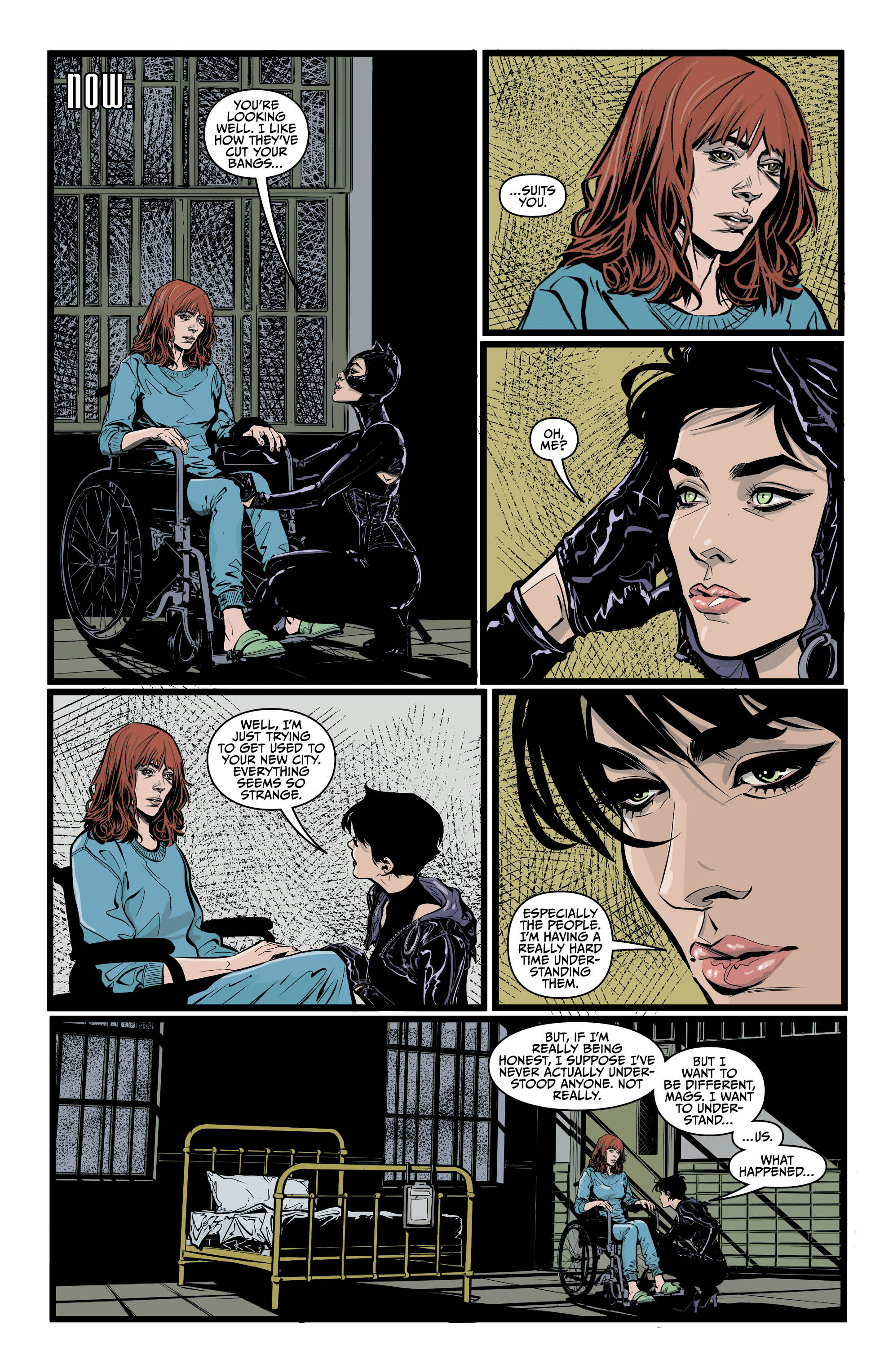 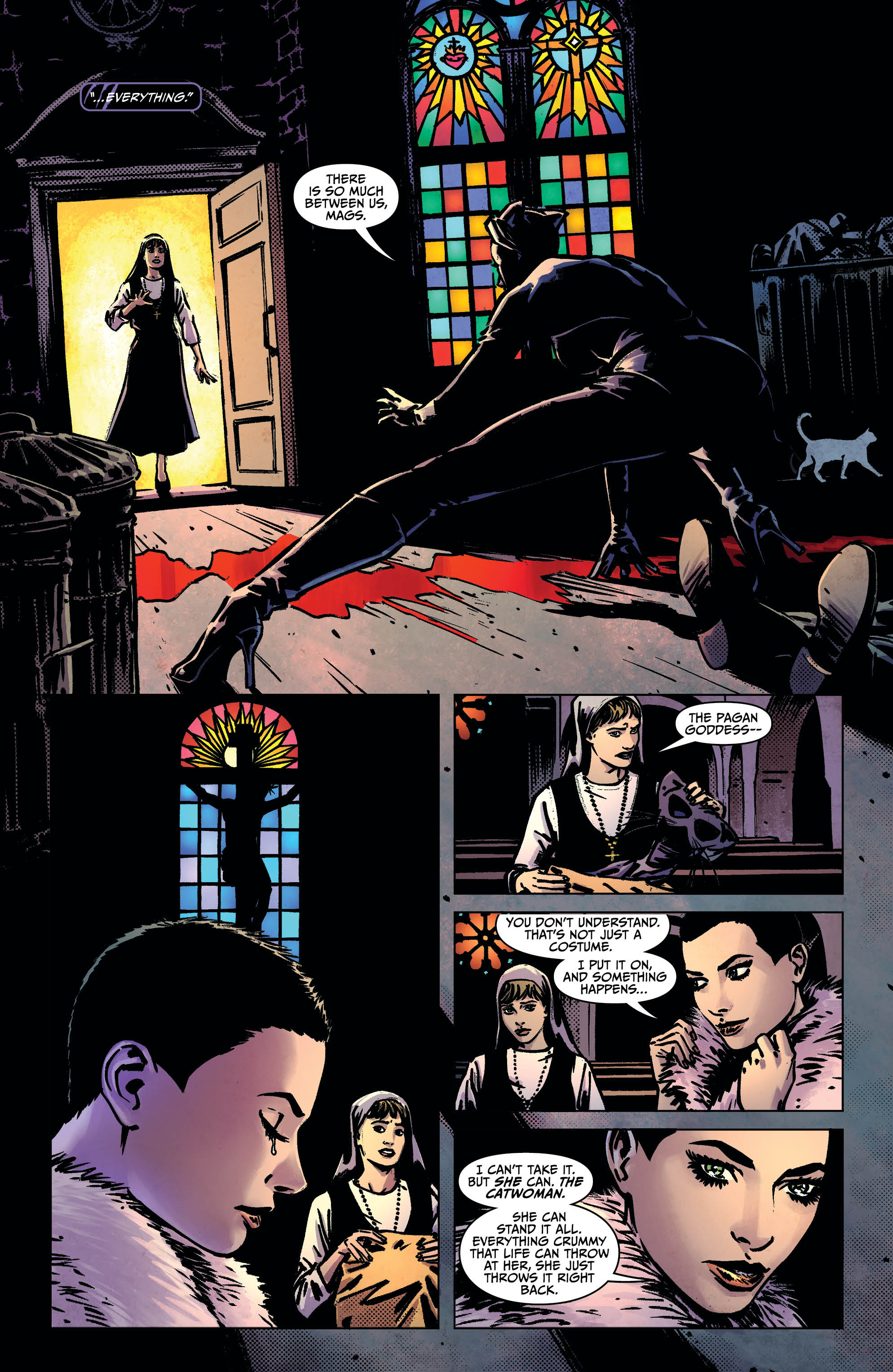 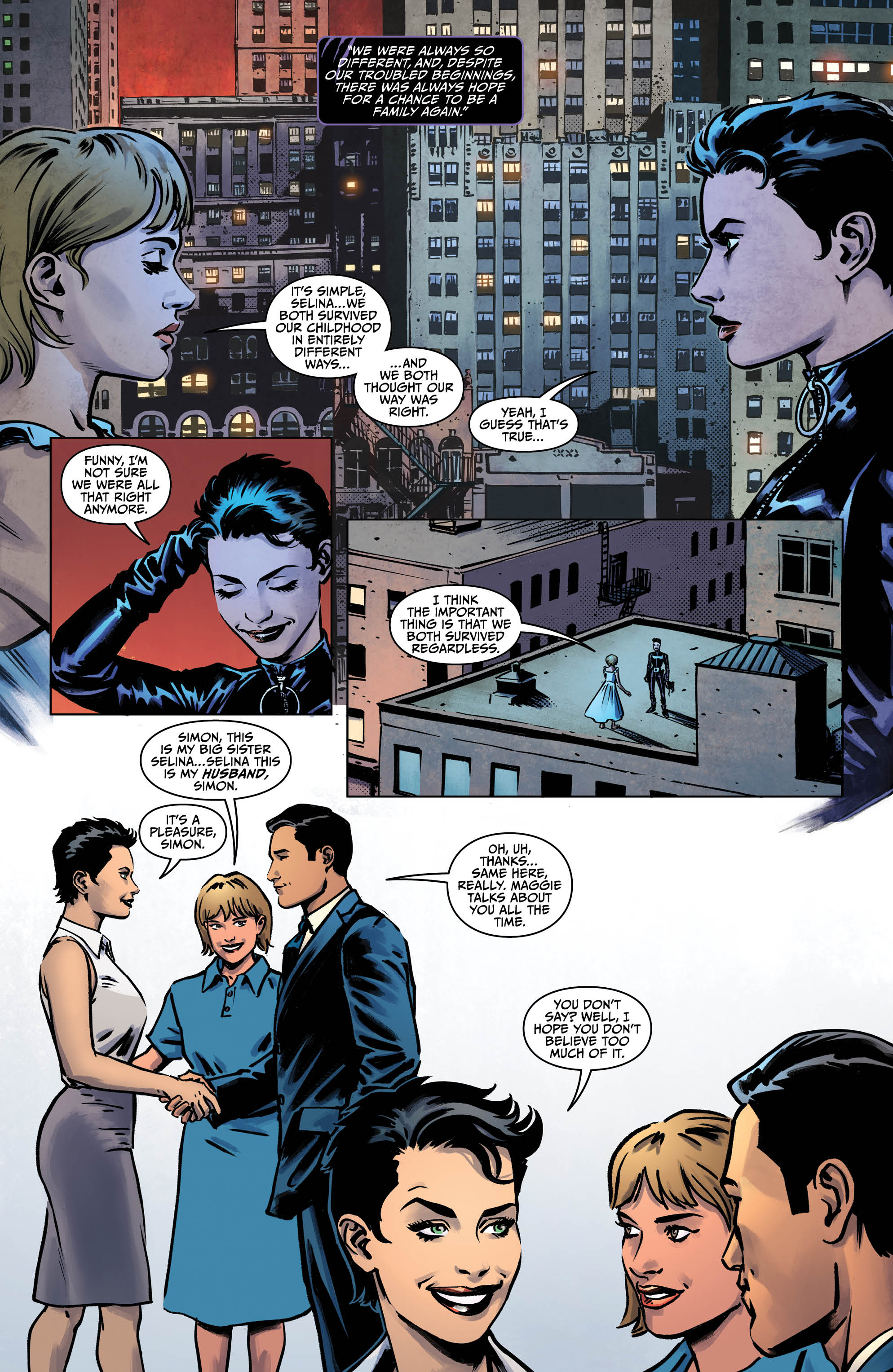 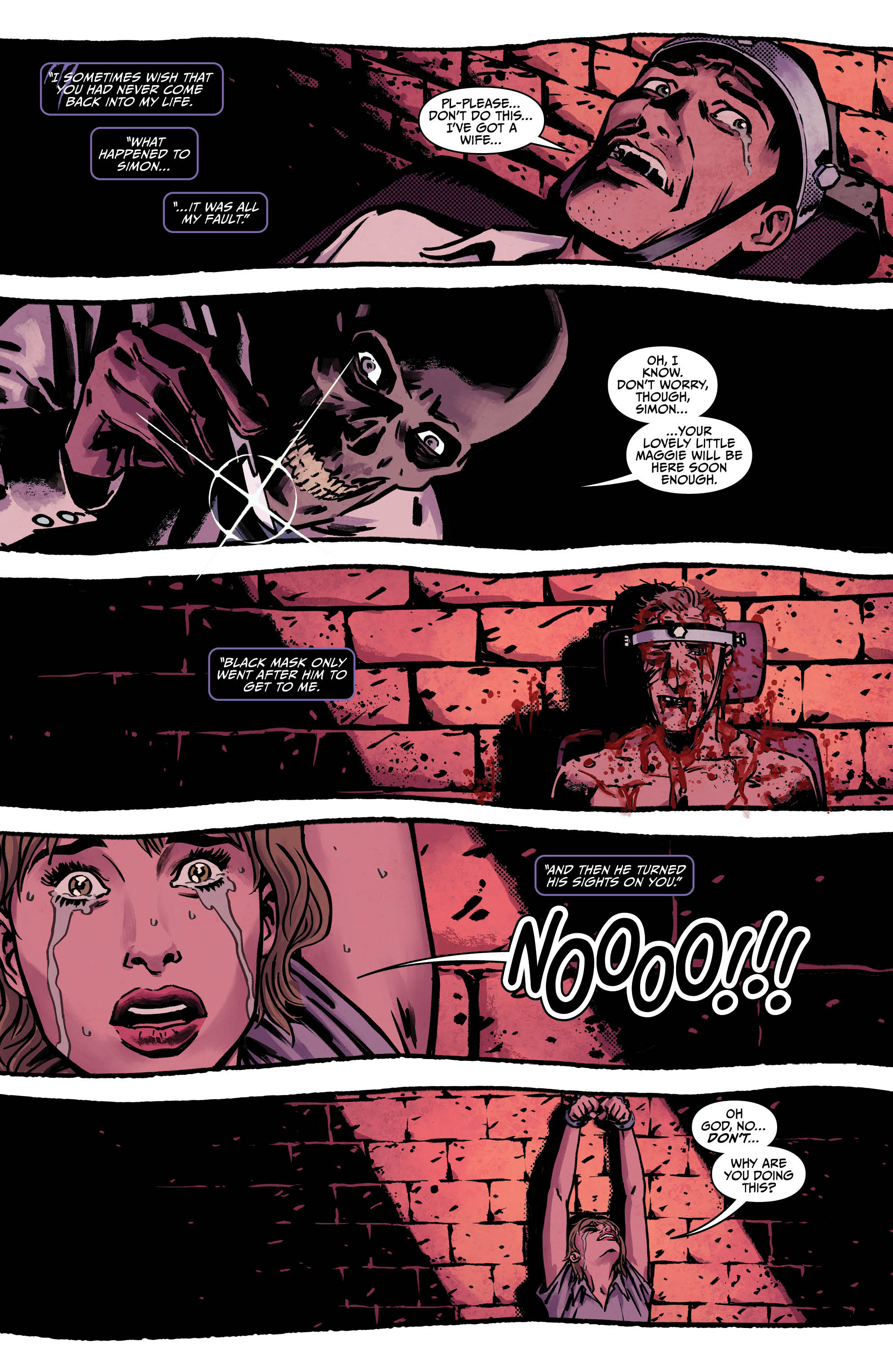 A trait of Catwoman’s, that Jones has really made clear in this issue, is her aloofness. Just like a real cat Selina kept herself so distant that it took meeting her sister’s husband a great deal of time after the wedding… an event I’d presume she was invited to. Their meeting after the fact shows that even though they’re related, they’re very different people. The life they lead is deeply dangerous, hence why Black Mask became involved those many years ago. Later in the issue, we see their attitudes have been different since they were very young. All the while, Catwoman deeply cares for her sister, choosing to be at her side after leaving Batman.

I think it was this kind of perspective that Jones needed to introduce to the Copycats storyline from issue one. Starting with this revelation does detract a little from the emotional weight of the ending of Batman #50, learning that she was running to someone and not just from someone. However, most of the storyline so far has been built around Catwoman being made to feel very unwelcome by the political machinations of the Kreel family. Seeing Maggie here bonds Selina to this spot, and makes it easier for us readers to understand why she’s more willing to stay and fight.

Jones ropes us back into the ongoing storyline right at the end. Threatening the very thing that’s keeping Catwoman invested in this place would make her capable of anything. This may be the moment that really triggers all the true action of the series, which I’m grateful to see, but was eager to see sooner.