The villain in the upcoming Harley Quinn-led Birds of Prey movie is reportedly going to be Black Mask.

This character was initially a mob boss who is also the leader of the False Face society. Initially, his gimmick was his mask collection. 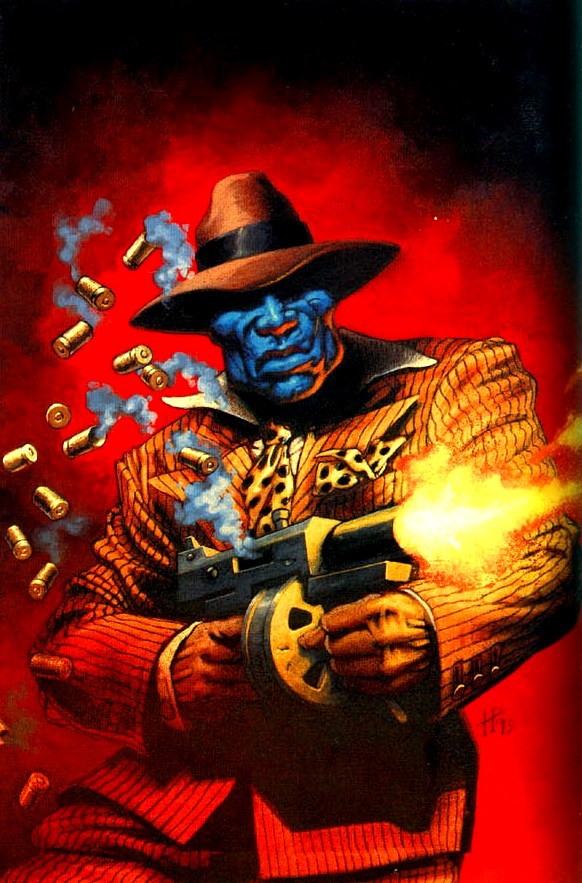 Over the years, he graduated to being a Catwoman-centric villain who is obsessed with torturing people in disgustingly creative ways. Also, his look evolved into something resembling a black version of Marvel’s Red Skull.

The Brief History of Black Mask in the Media

The Black Mask does not have much media exposure due to being a second-tier Batman villain. While he never appeared in Batman: The Animated Series or any of its spin-offs, he popped up in other cartoons. The character also made brief appearances in The Batman and The Brave and the Bold. He also showed up in the Batman video games Dark Tomorrow and Rise of Sin Tzu.

Perhaps his most memorable recent appearances were in the DC Animated movie Under the Red Hood and the video game Arkham Origins. Perhaps Under the Red Hood is the Mask’s most impressive moment, due to his over-the-top mobster accent.

One can only hope the Black Mask in Birds of Prey will also be as outlandish.

Birds of Prey has no release date yet.