Everyone gets a redesign at some point in their comic book careers. It could be something subtle, like changing a shade of colour in the costume, or it could be a complete redesign, from head-to-toe.

The latter is what’s happening to Jason Todd in the upcoming Red Hood and the Outlaws #26. Debuting in this week’s DC Nation magazine, the images of Red Hood’s redesign have, unsurprisingly, surfaced on the internet already. Take a look at the finished article below; 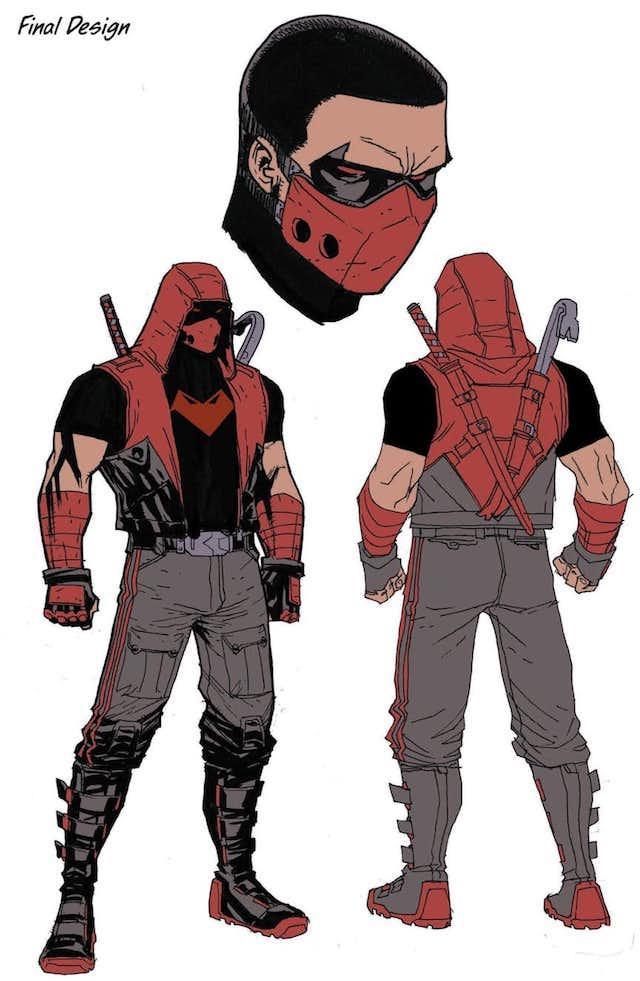 The first thing I noticed about the new costume, was that he’s actually got a red hood! Gone is the motorcycle-like helmet, in it’s place is a half face mask, hood and small eye mask. The eye mask is very reminiscent of Nightwing’s, especially with the little points.

The next thing that stands out is that his trademark jacket is gone. Instead, we’re treated to a red body jacket that gives him the ‘street’ look. With the combat style pants and boots, this new look suits Jason’s background a lot more. I truly believe that this is someone who grew up on the streets until Batman took him in.

I love everything about this costume, from the new symbol on his chest, to the crowbar strapped to his back. This is the look Red Hood’s been needing for the last few years. He looks like a total badass! The costume also reminds me of the design for the Arkham Knight video game. While there are differences between the two, the main similarity is the addition of the hood.

I am behind the new costume a hundred and ten percent. I hope it sticks around for a good few years too.

What are your thoughts on the new costume, let us know in the comments below!