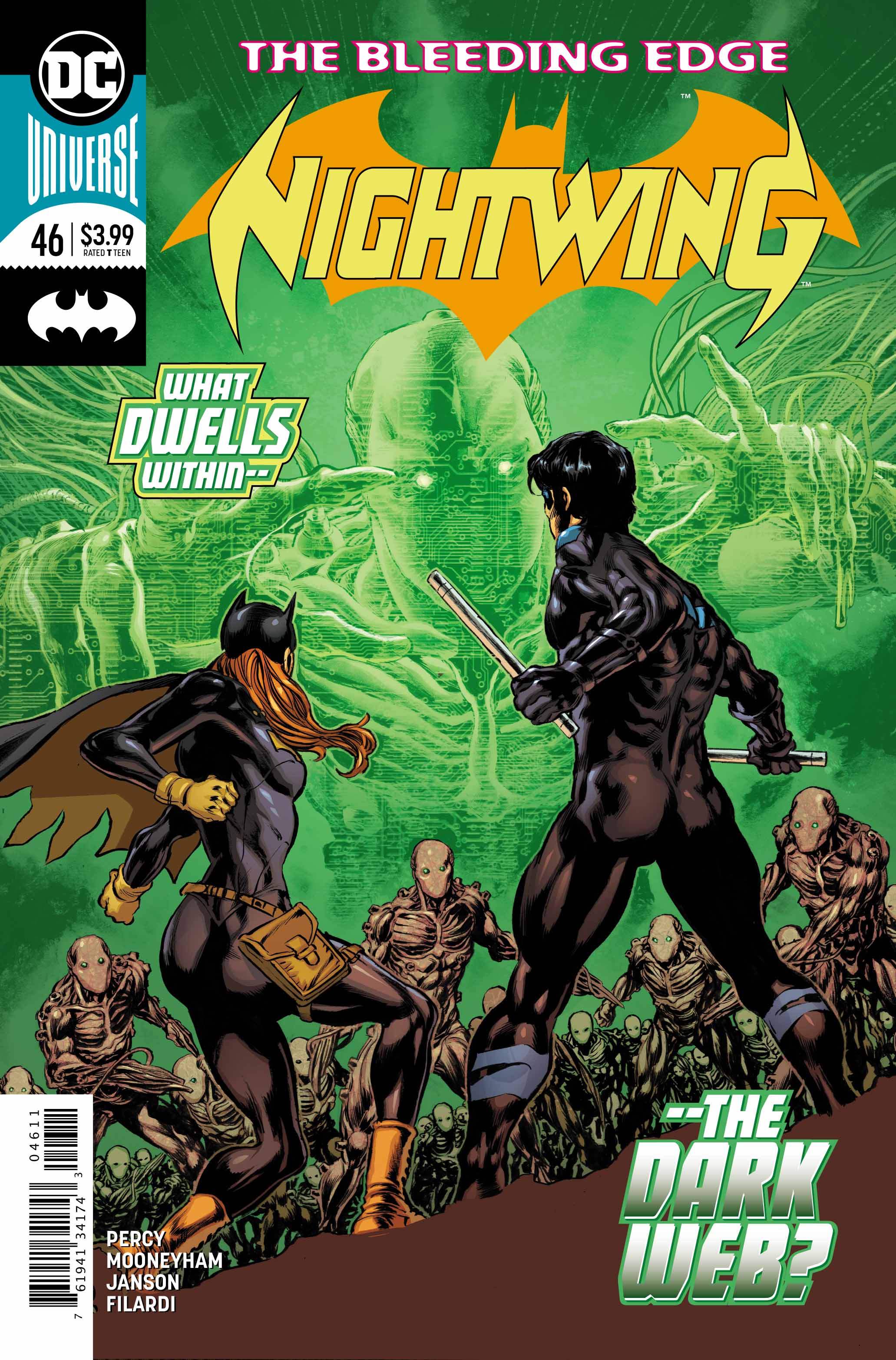 We jump right back into the action after the last issue of Nightwing. Wyrm has revealed himself to Dick, who has had his brain hacked by a small drone. With the odds seemingly against him, Nightwing, yet again, finds a way out and fights back. With Bludhaven under threat from a technological enemy they weren’t even aware of, Nightwing keeps things simple and retaliates.

Fighting against something that you don’t fully understand, or know much about is nigh on impossible. While Nightwing is trying to fight the technological threat, along comes a new one in the last few panels of the issue. 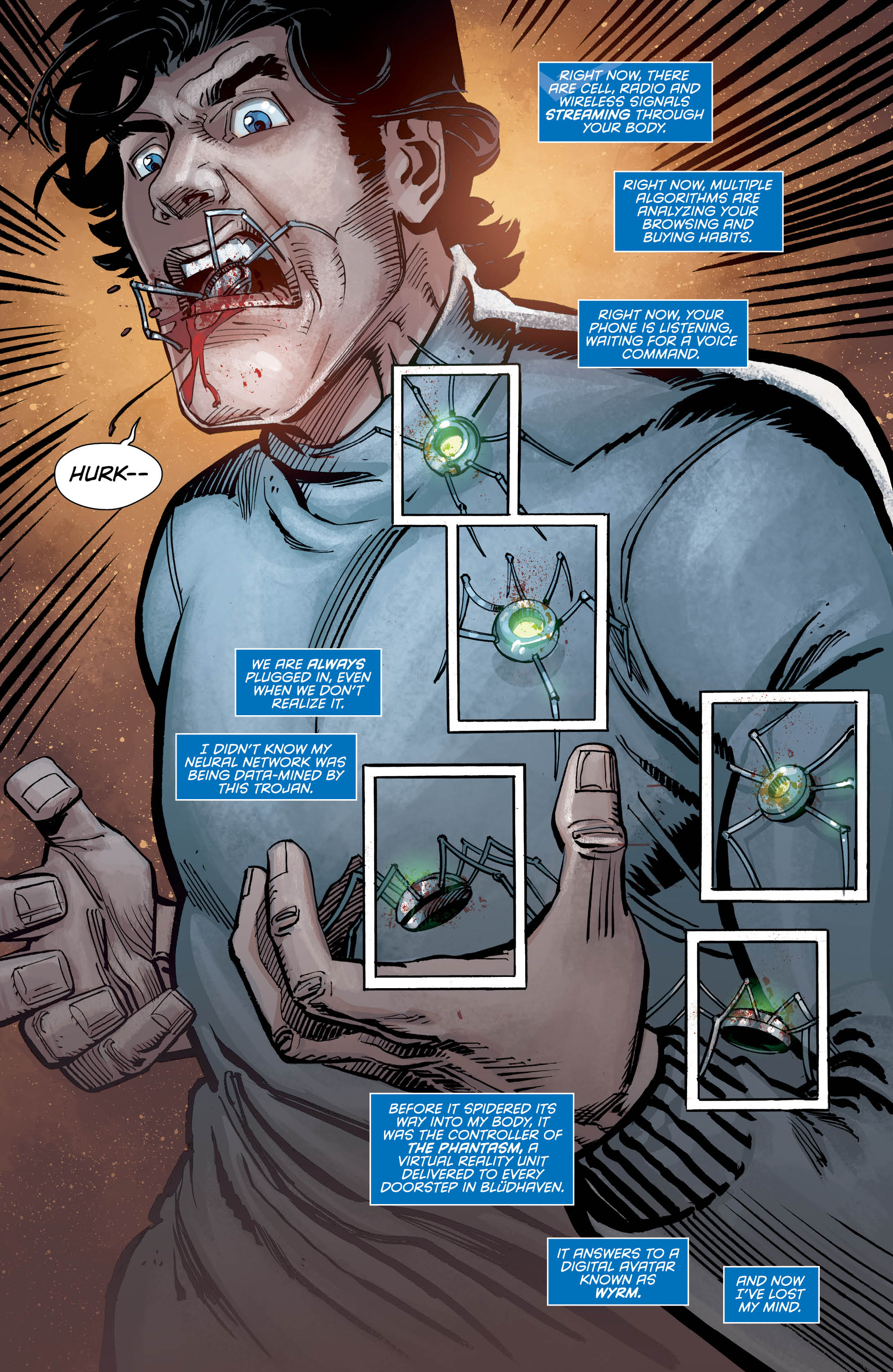 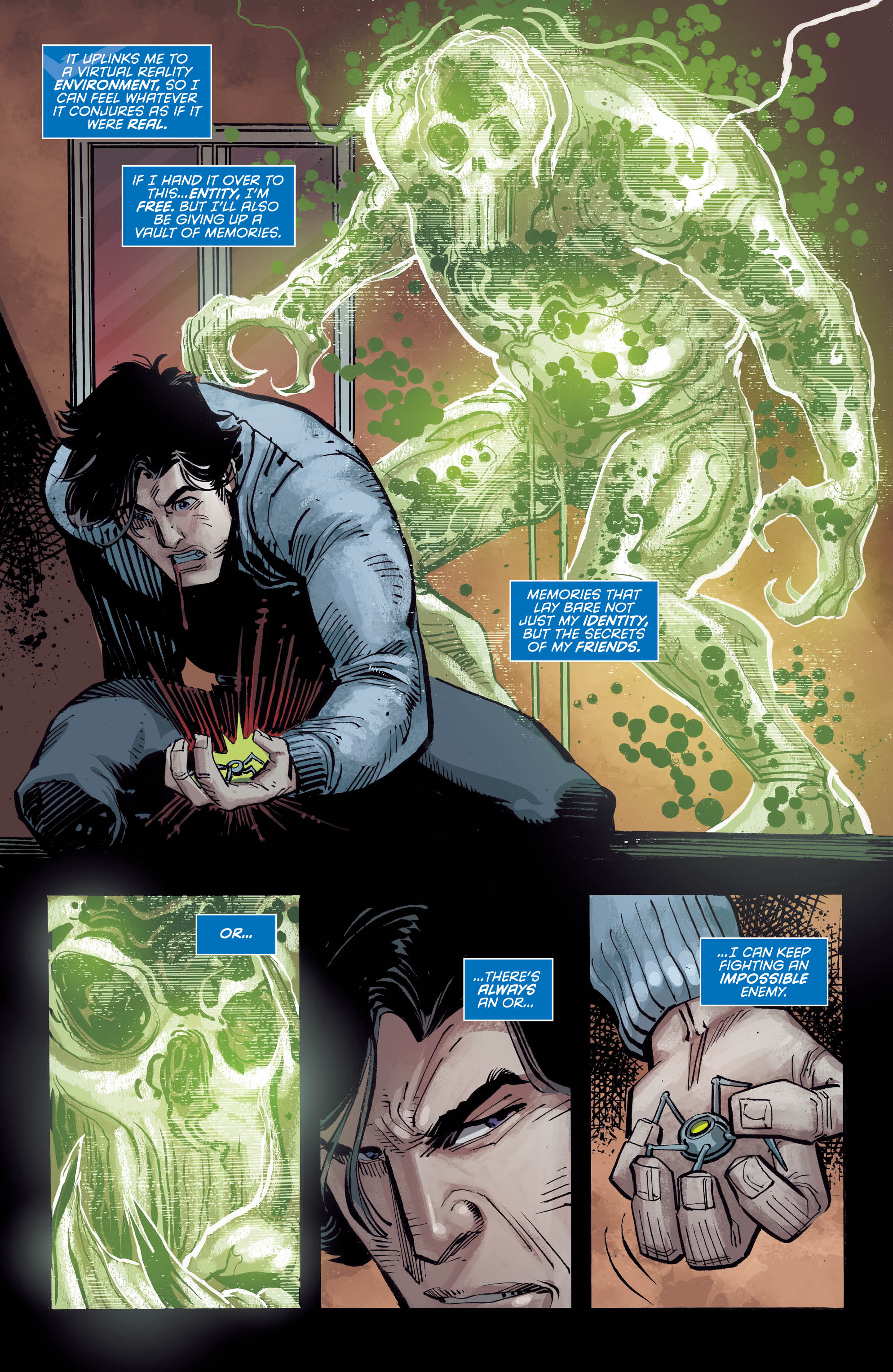 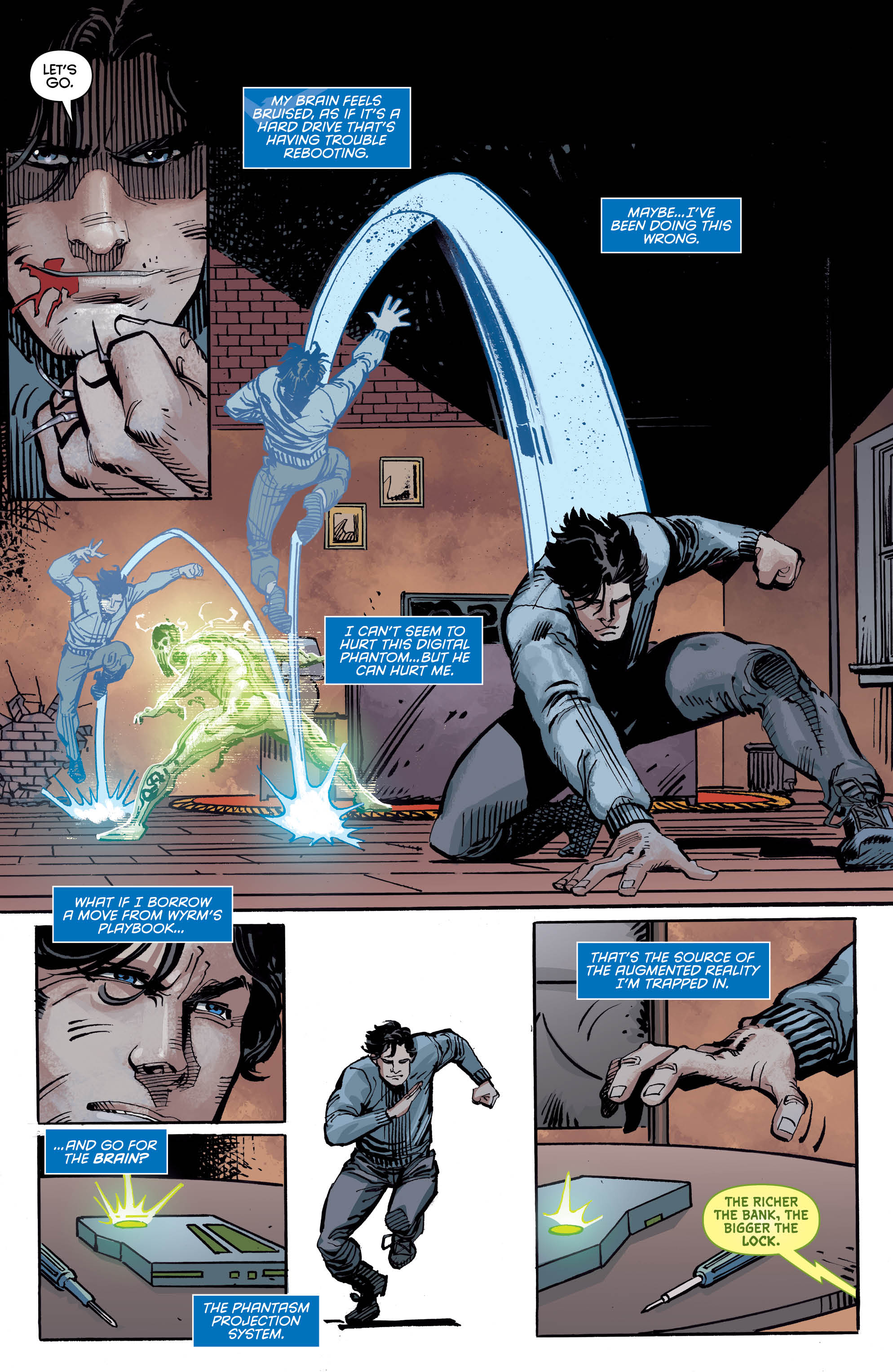 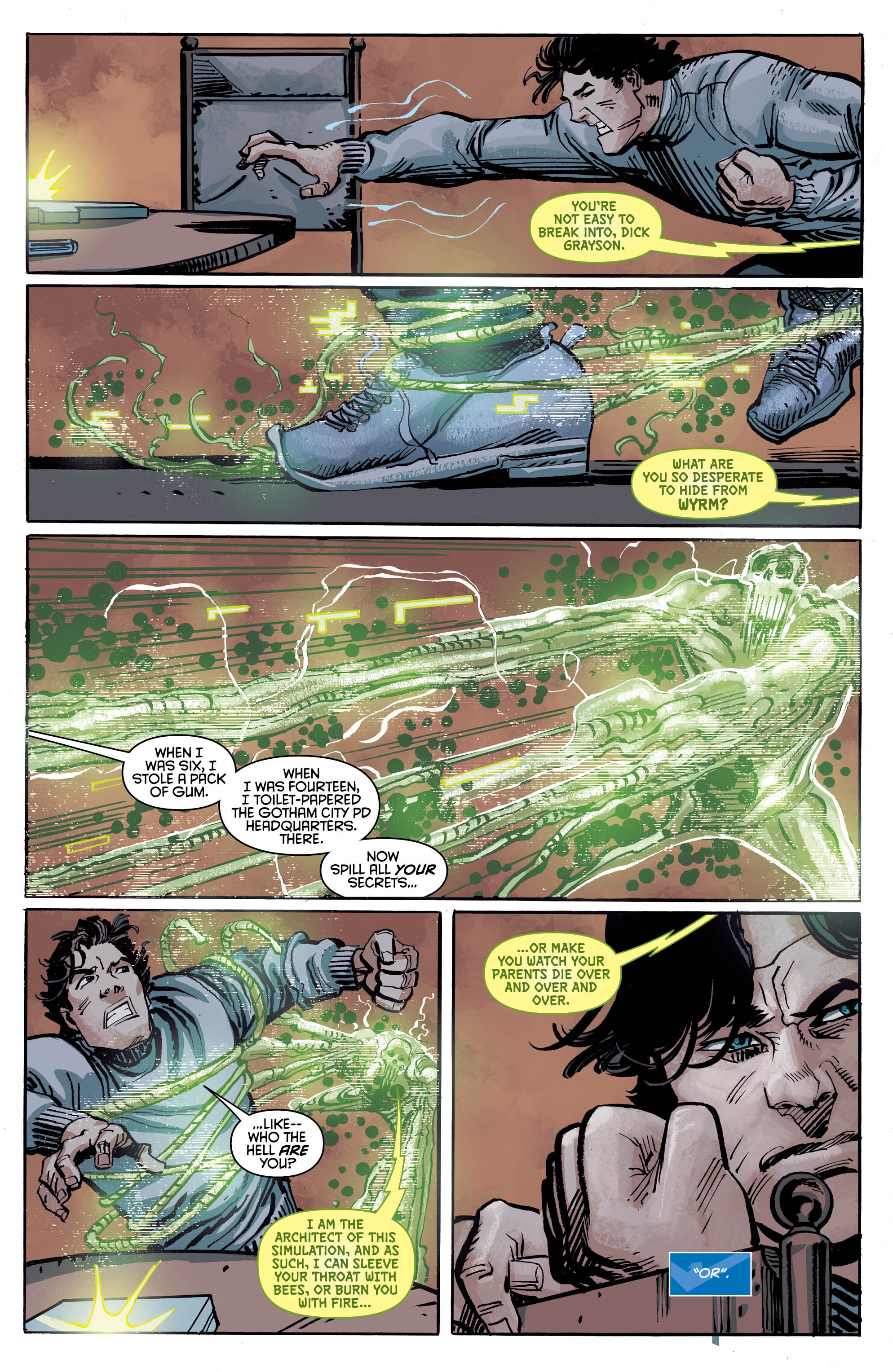 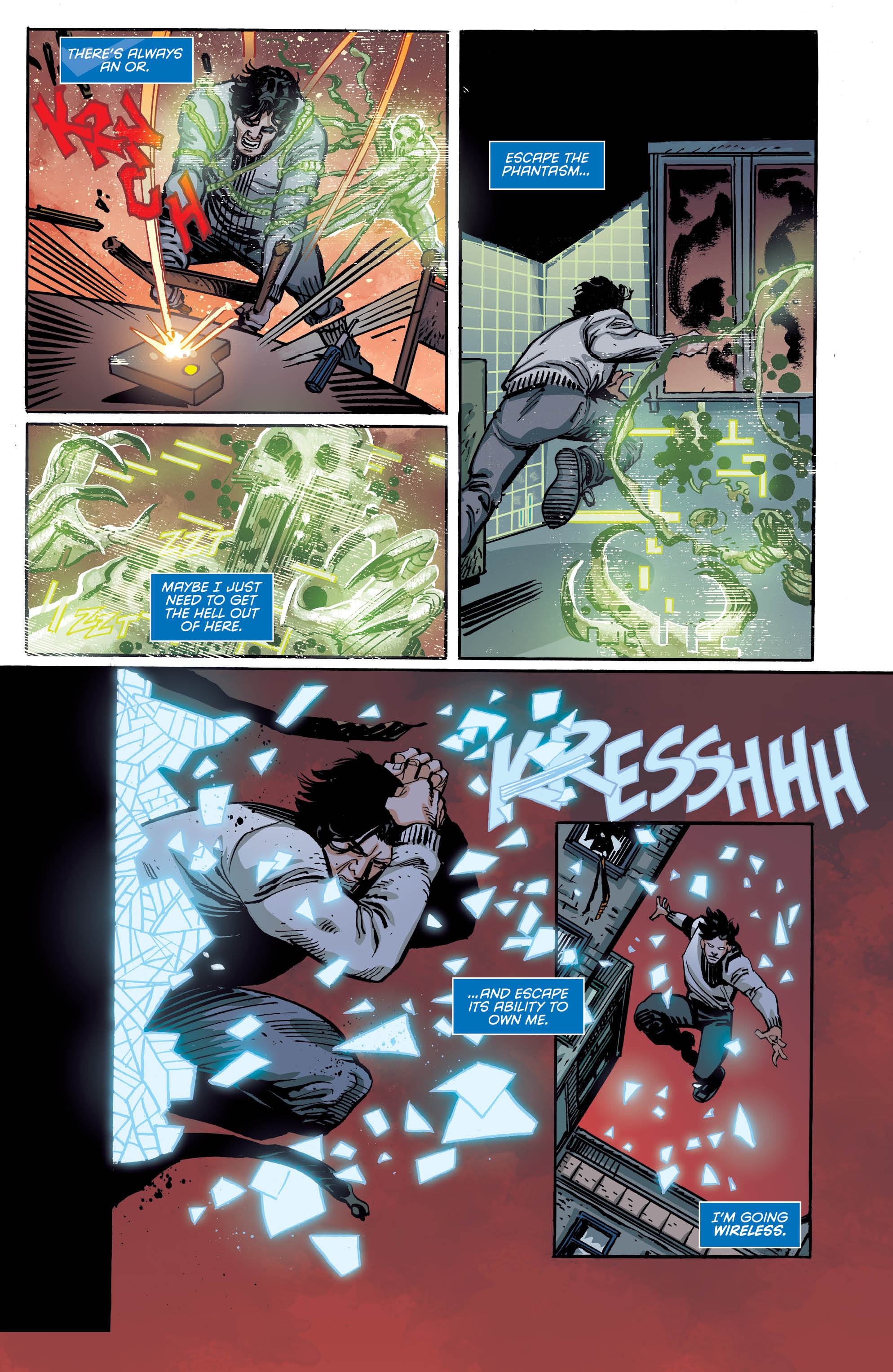 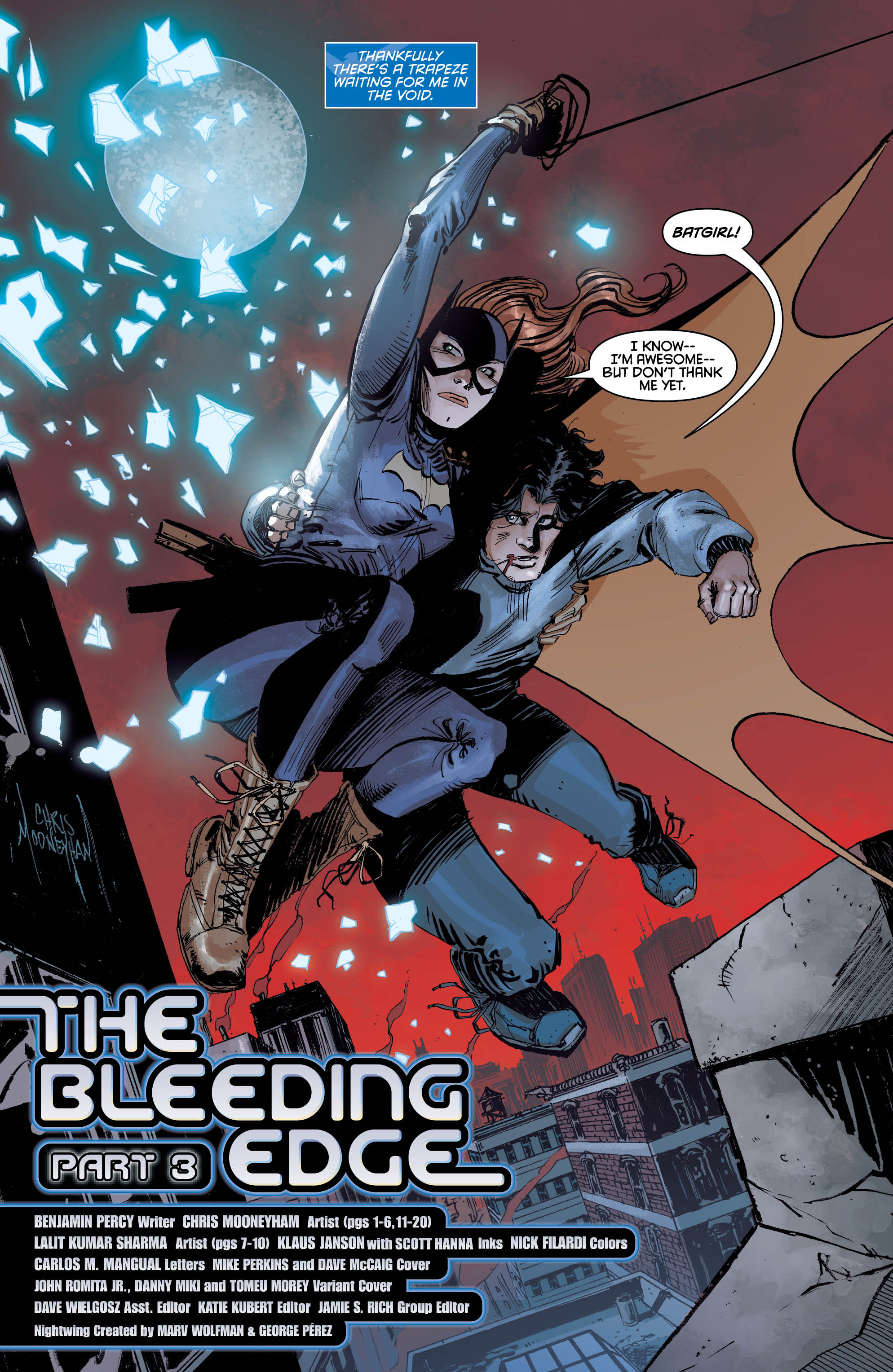 Nightwing is not alone in his fight this issue. He has help from another member of the Bat family, Batgirl. Barbara Gordon plays sidekick once more, as she aids Nightwing fight back against Wyrm and his technological friends.

I think it’s cute that Dick and Barbara are still looking out for each other. I know that other members of the Bat family would jump in to aid Dick should he ask, but it’s always Barbara he goes to first. I love the two characters separately, and love them even more together. Their back and forth banter is always such a delight to read.

Benjamin Percy has done a brilliant job with this story so far. It has been an absolute pleasure to read. The journey has been an incredible adventure, straight from the get go. I love this series and only hope that Percy is given a good run on Nightwing, he has certainly earned it I feel.