It’s no secret now that social media is good for spreading rumors and creating hope. When the Titans show was only a rumor, the fandom roared and soon after the rumor was confirmed. Then, when Robin was first unveiled, artists started creating their own views of the character. Nightwing is a most beloved character and one artist has shown us what fan art can do.

Many of us have read the first run of the Teen Titans from DC Comics back in the day. We all know that Starfire was very obvious about her interest in Grayson. Then, he caved in to her beauty and her passionate personality and not the other way around.

However, I must admit to myself that I never paid much attention to him until he became Nightwing. A young hero in his own right, entirely detached from his past as Batman’s sidekick. While DC Comics wasn’t sure about the popularity the character would have at the time, sure enough the fans quickly positively welcomed Dick Grayson as Nightwing.

So, when the live-action television series was confirmed, fans were obviously anxious to see what the beloved team would be made of, but mostly, what they would look like. I, myself, was cheering for a Nightwing and when Robin was revealed, I was disappointed. I must admit however, that I understand the show might want to start from the beginning. 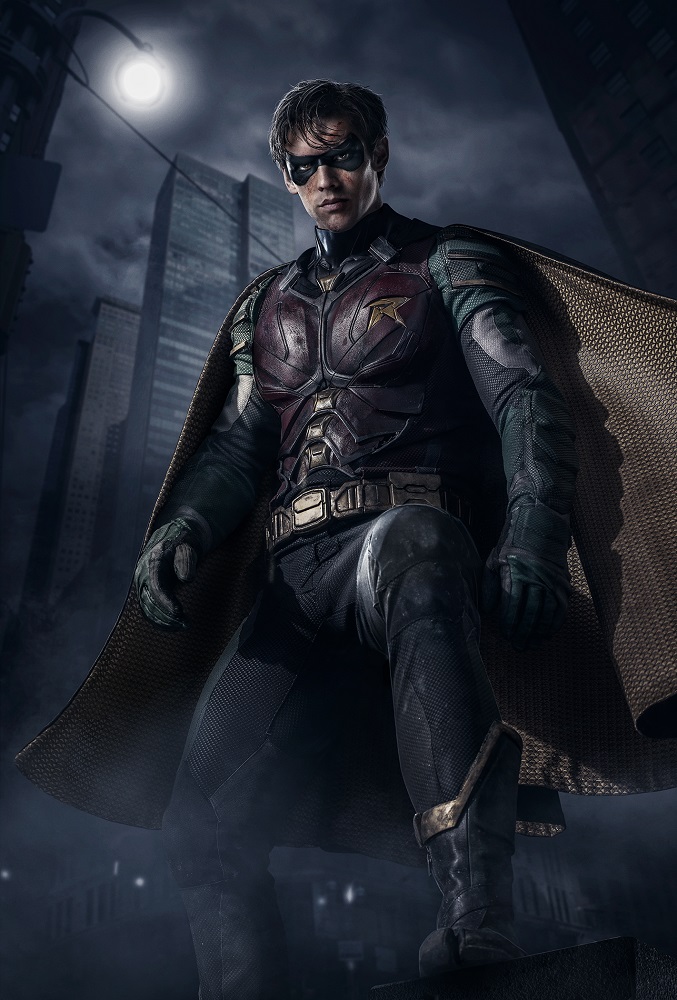 So the idea of eventually seeing the transformation of Robin into Nightwing might not be entirely impossible. If the show demonstrates potential and revives this most beloved team of young heroes, who’s to say we won’t see Dick Grayson finally make it as Nightwing?

The photomanipulation an artist made from the Robin costume that will be on the live-action Titans show attracted many eyes. Using the official picture from the series he then desaturated the costume’s colors to make it appear dark grey. The artist then superimposed one of the possible bright blue Nightwing symbols on the chest and added white contacts to the mask.

Boom! Robin becomes Nightwing. Of course, rumors spread around, but we all know the Titans show will begin with Dick Grayson as Robin. However, this simple photomanipulation was enough to give fans hope for a grown-up Grayson to come. 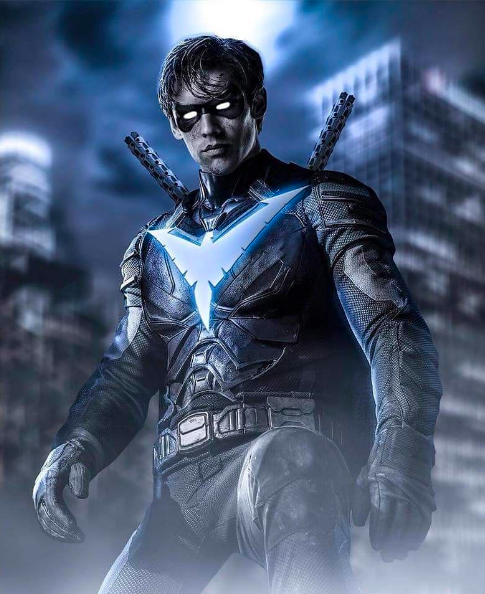 For the moment, the artist is either unknown or anonymous.

This photomanipulation had me wondering. The look of the costume for Robin and its possible evolution into Nightwing, is strangely reminiscent of something that would fit right into the Arkham video game franchise.

It almost screams of the creative team for the live-action Titans’ show visiting many artists’ pages to get an idea of what they would like to see. Let’s face it, the fandom has been hoping for this live-action series for a very long time and we’ll be sure to watch it when it comes out later in 2018.

Tom King Says He’s Only Halfway Through His Batman Story