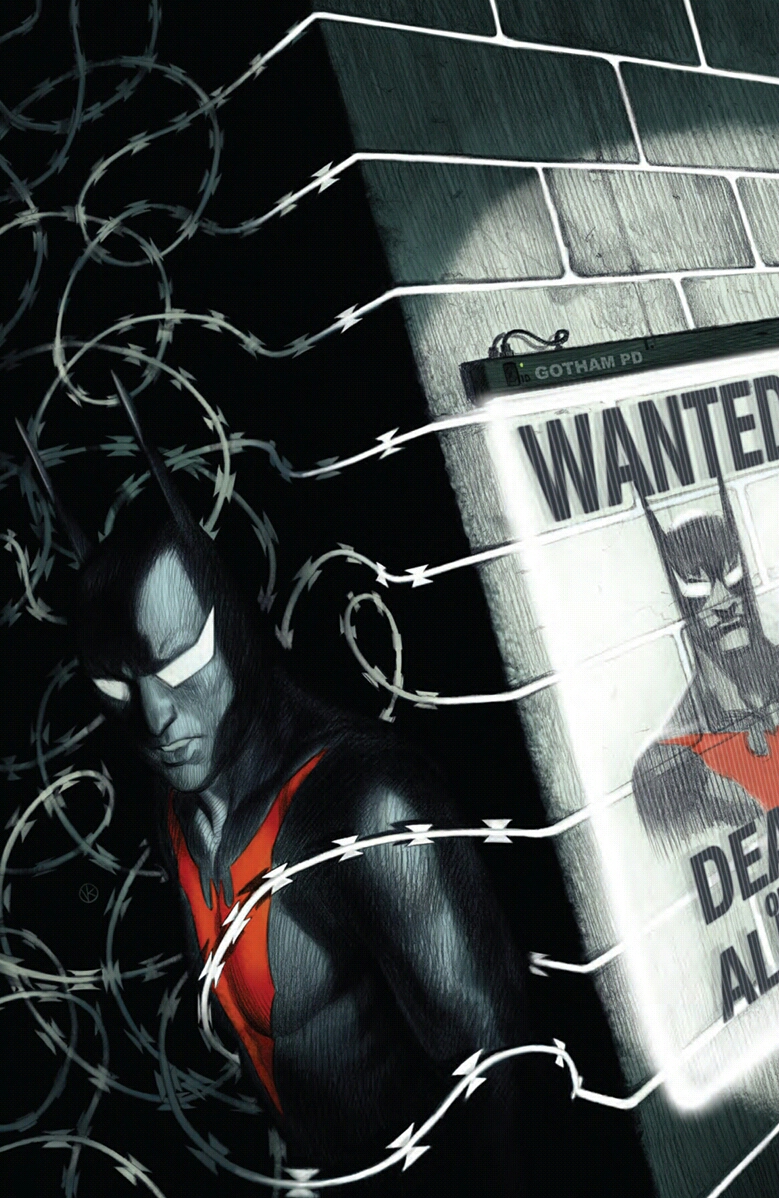 Scary. Batman has always been a figure of fear; his entire image was designed to frighten criminals. But, what happens when the people he’s sworn to protect are as terrified of him as the villains he’s defending them against?

This is a brilliant premise on which to base a Batman story, and Dan Jurgens is just the man to tell it.

In Batman Beyond #20 we saw a Batman that was almost as much of a gargoyle as those he’s famous for perching upon, when he’s watching over Gotham City. Who or what is this Bat Creature? Or is this the way that the new Dark Knight is now perceived by the people?

How can Batman survive in a city that fears him, and where even his closest allies now want to hunt him down? 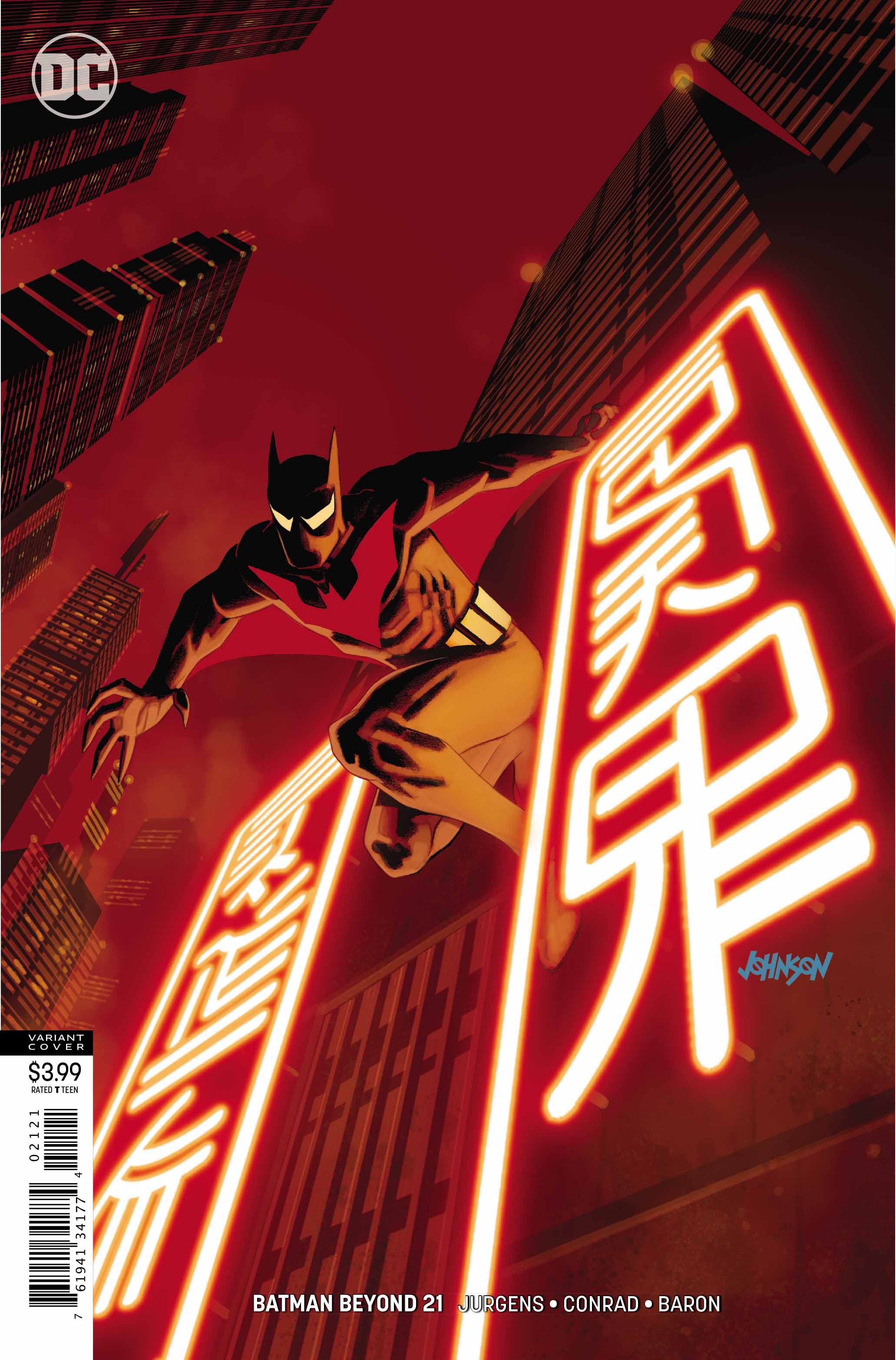 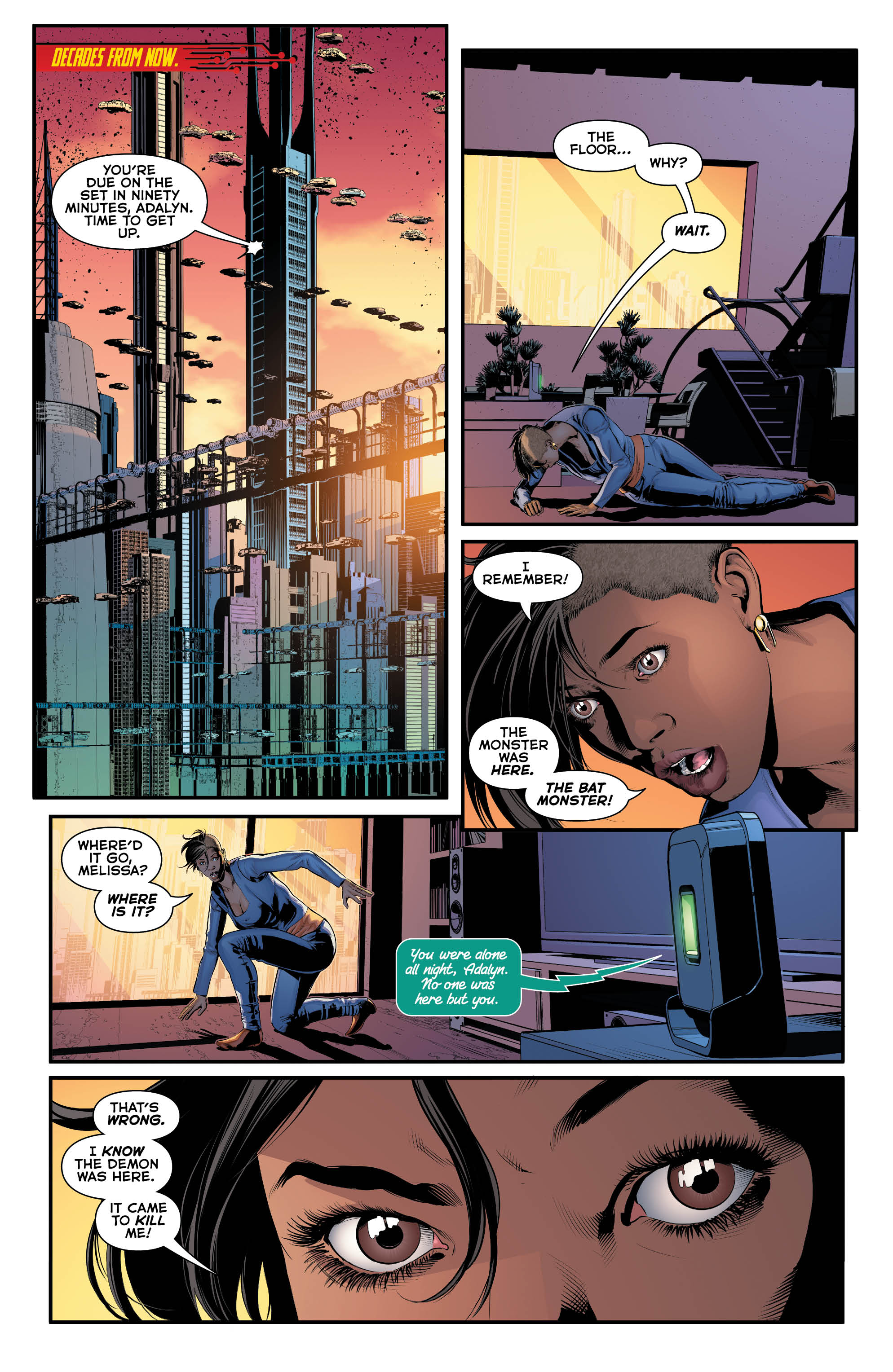 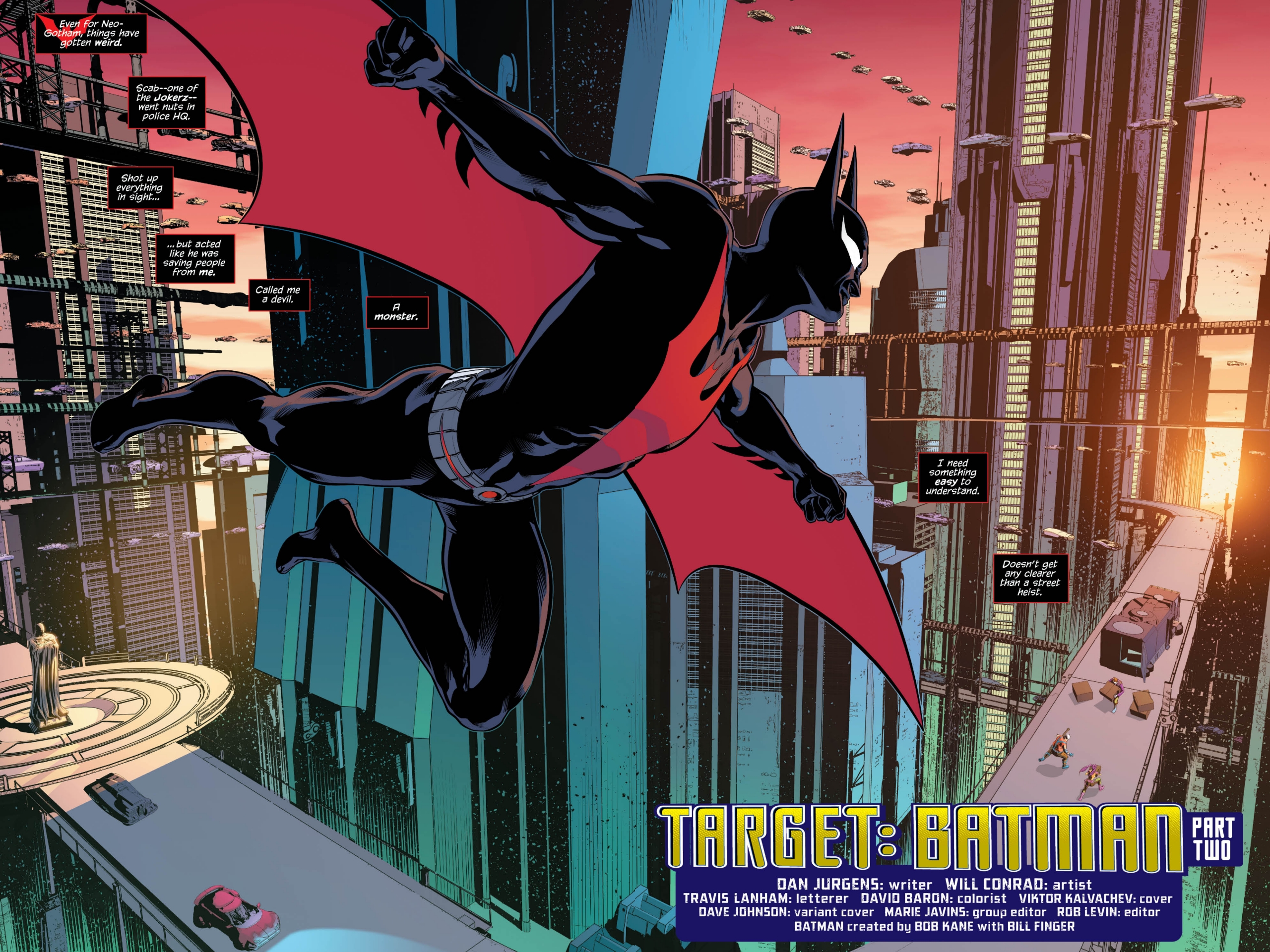 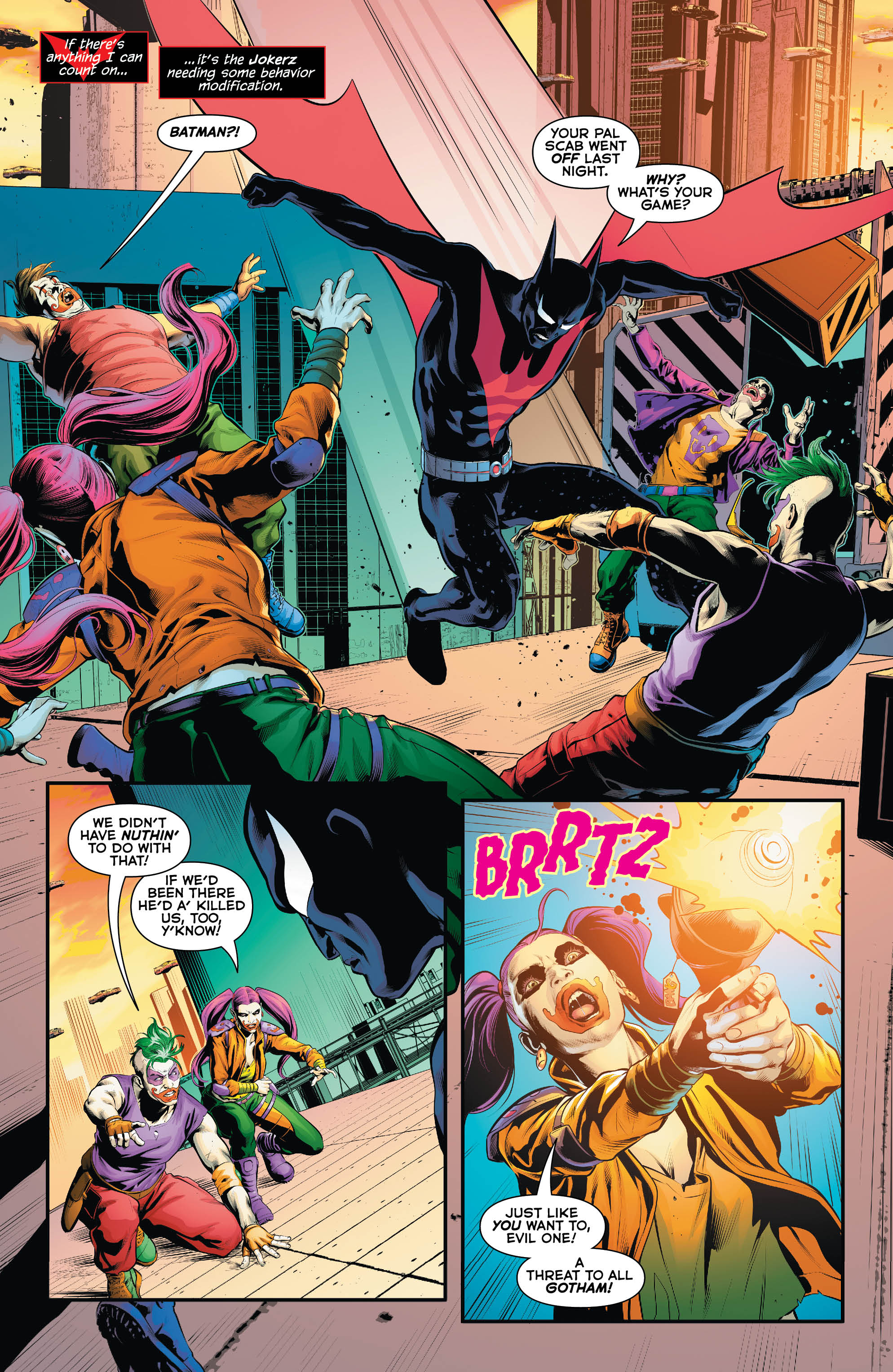 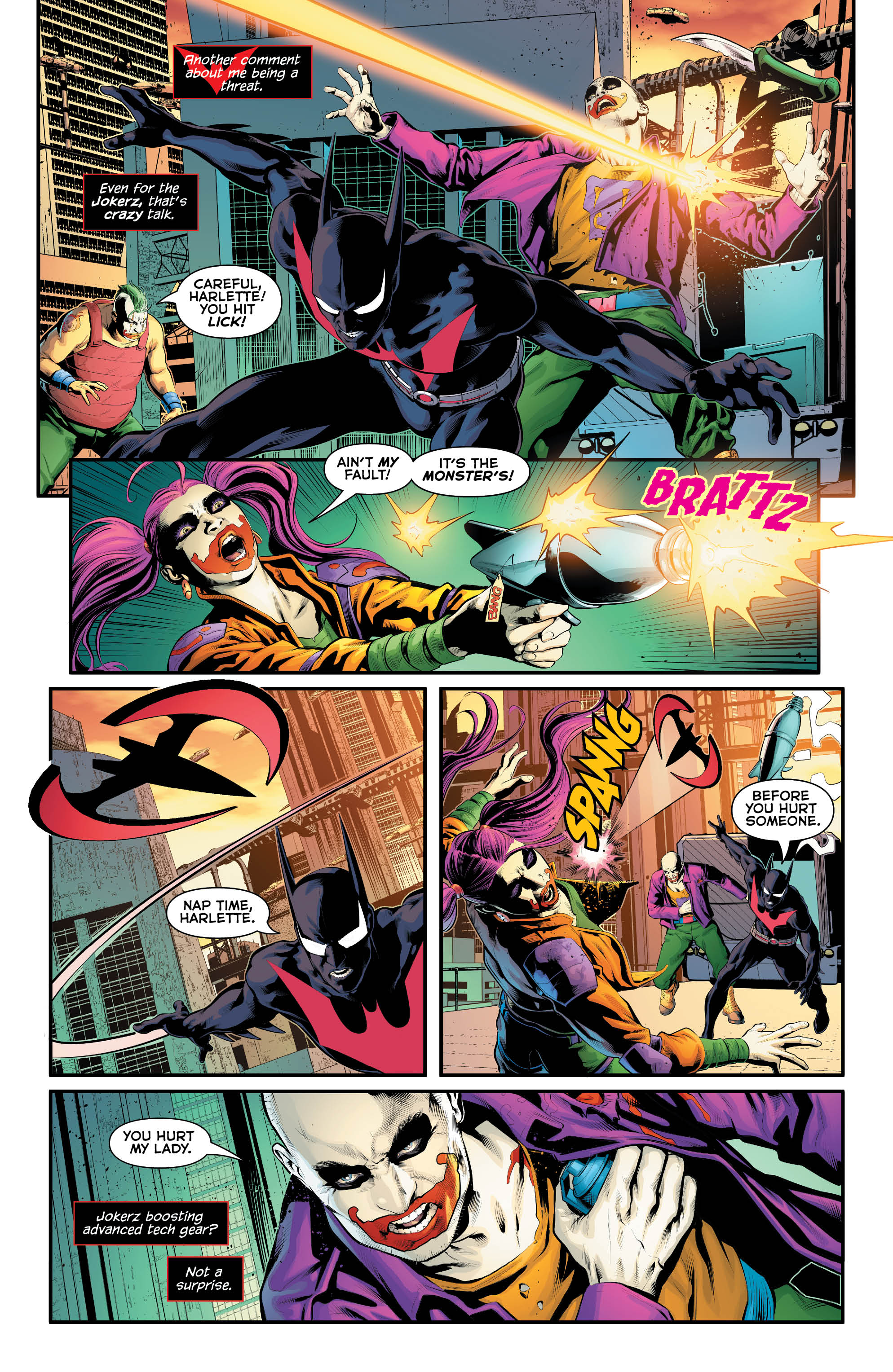 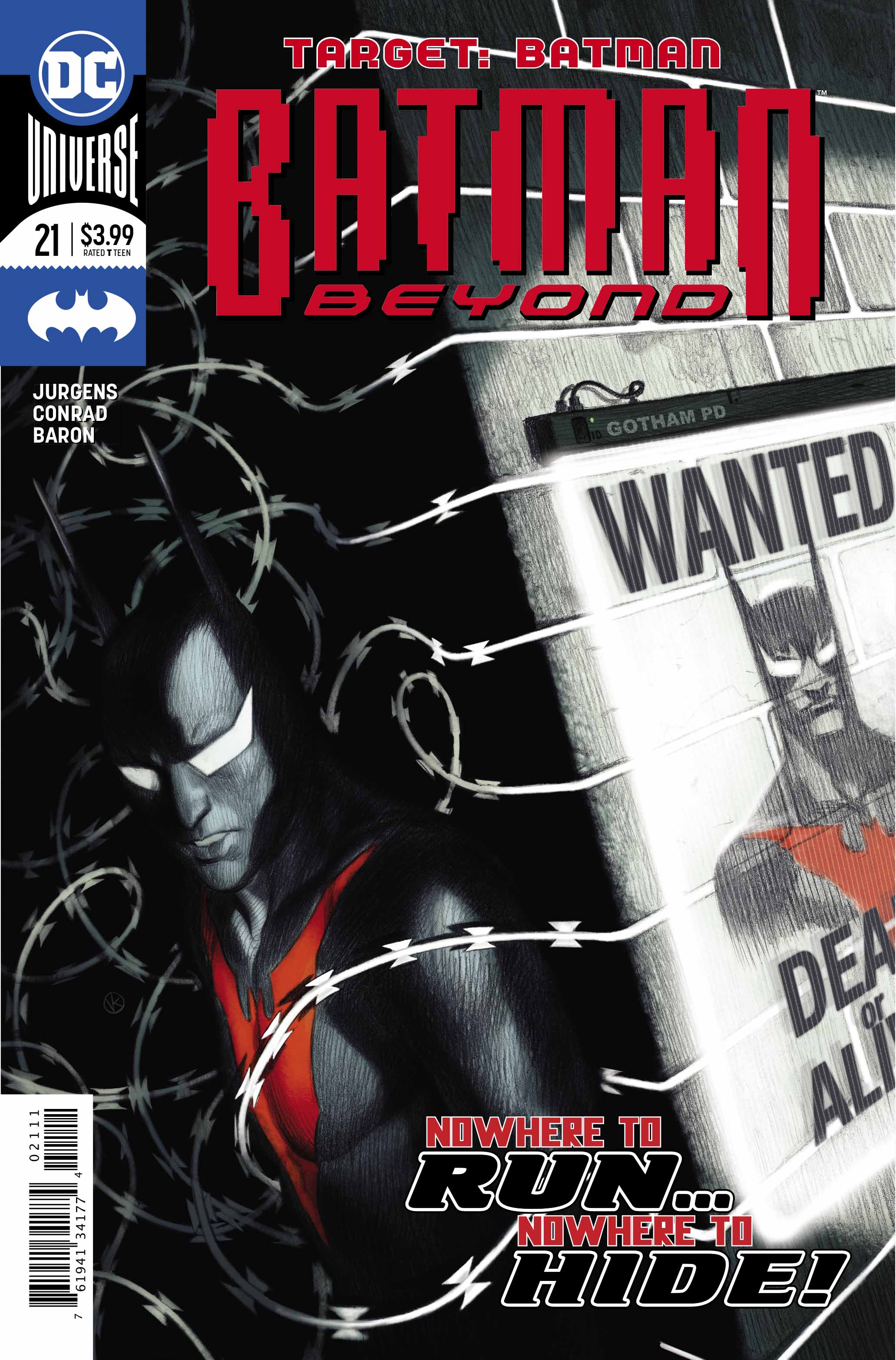 As usual Dan Jurgens delivers a sterling script, based on an idea so simple it’s brilliant. It reminds me of the classic Denny O’Neil / Neal Adams story “The Batman Nobody Knows” where the Dark Knight Detective appears to a bunch of children on a camping trip.  Nobody believes that it’s him, because they’re not afraid of him.  Batman terrifies the guilty, not the innocent. Any child witnessing the Bat-Monster in this new story would run a mile!

The art in this issue is terrific too! After below par visuals last month, I was impressed with the work of Will Conrad. His Batman is sleek, his villains scary, his cityscapes inspiring, and his facial expressions impressive. The double-page spread of Batman flying over Neo-Gotham on pages 2-3, and his versions of the Batcave, Matt McGinnis and Bruce Wayne on page 7 alone are well worth picking the book up for.

Colorist David Baron’s use of natural hues is terrific. His lighting effects with electric light and car headlights also add a great deal to the finished comic.

I admitted being disappointed with the previous issue, but this issue was a return to form. Seeing Terry McGinnis hunted by the GCPD worries me as much as it does him, so I’m eager to find out what (or who) is behind his latest dilemma. Batman Beyond #21 was a thoroughly enjoyable read.