“On The Outside” – Part One 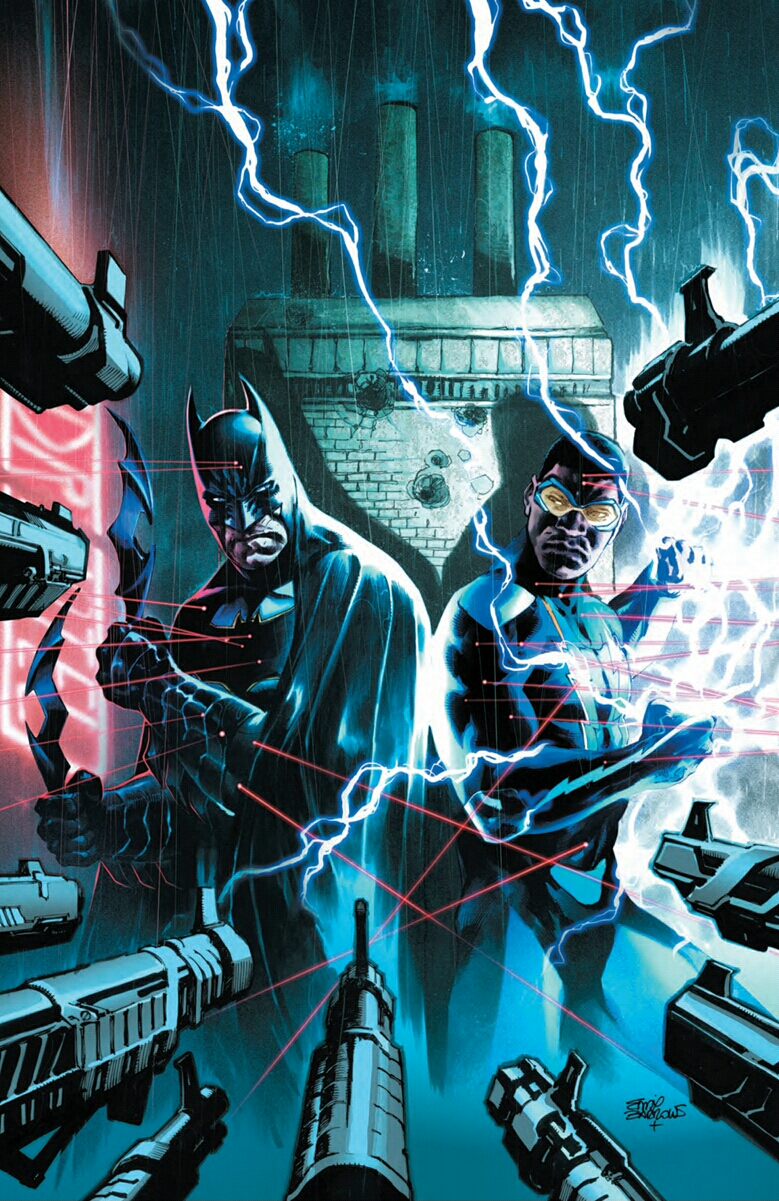 You know how sometimes you’ve made plans to go somewhere, it’s somewhere that’s always been cool, populated with people that you care about, you know you really should go… but you don’t know if you can face it? That’s sort of how I felt about Detective Comics #983, starring Batman and Black Lightning.

I’ve been reading this title for a loooooong time. In fact, I haven’t missed a single issue in over 32 years.

Has it always been good? Yes.

Has it always been great? Sadly… no.

Since DC Comics’ Rebirth Detective Comics has been, at least in my opinion, consistently excellent. This has been largely down to the brilliant writing of James Tynion IV, who ended his stellar run in issue #981. #982 gave us a spectacular one off ghost story by writer Michael Moreci, with incredible art by Sebastián Fiumara. This issue sees the Detective Comics debut of writer Bryan Edward Hill. 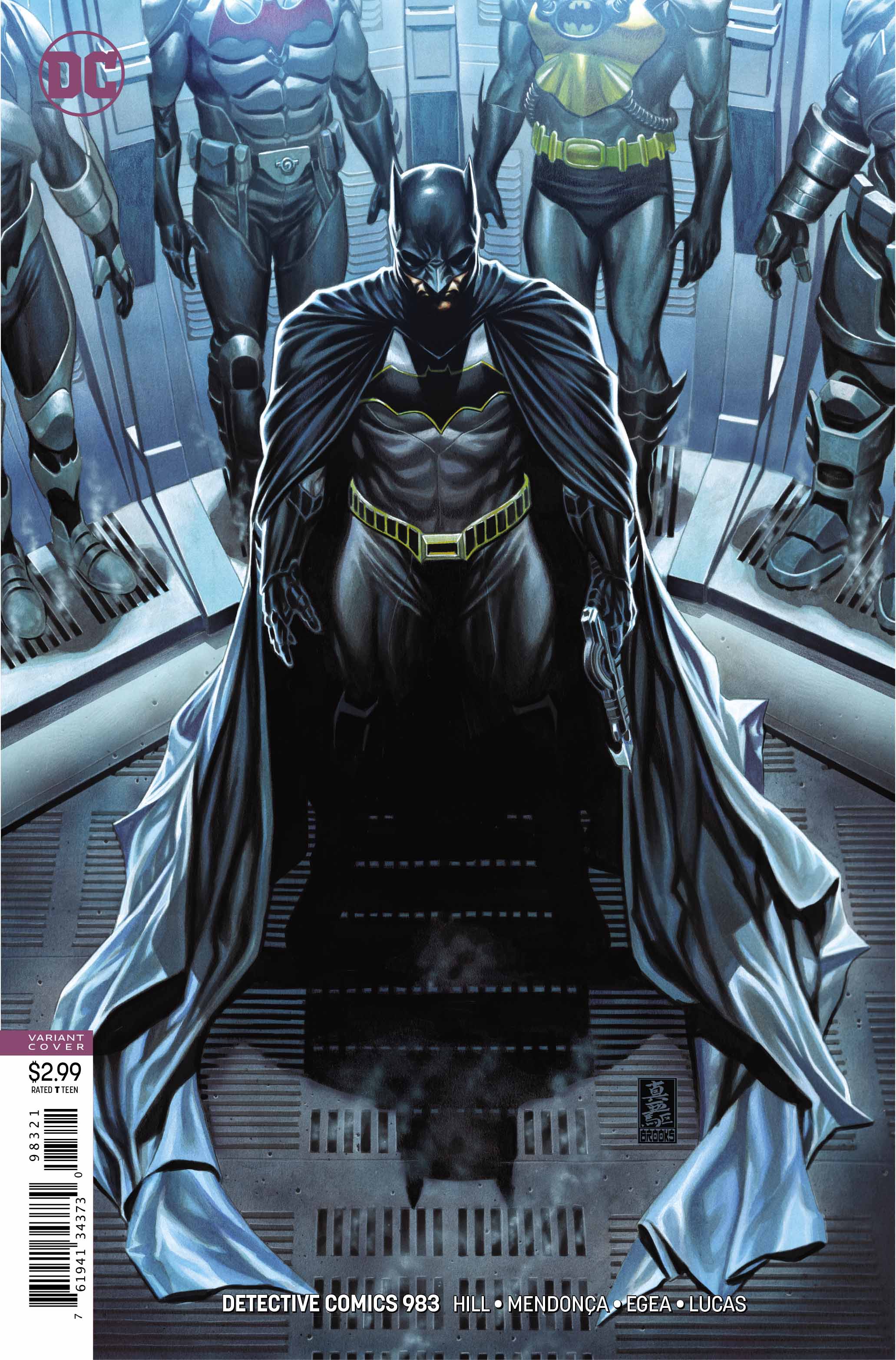 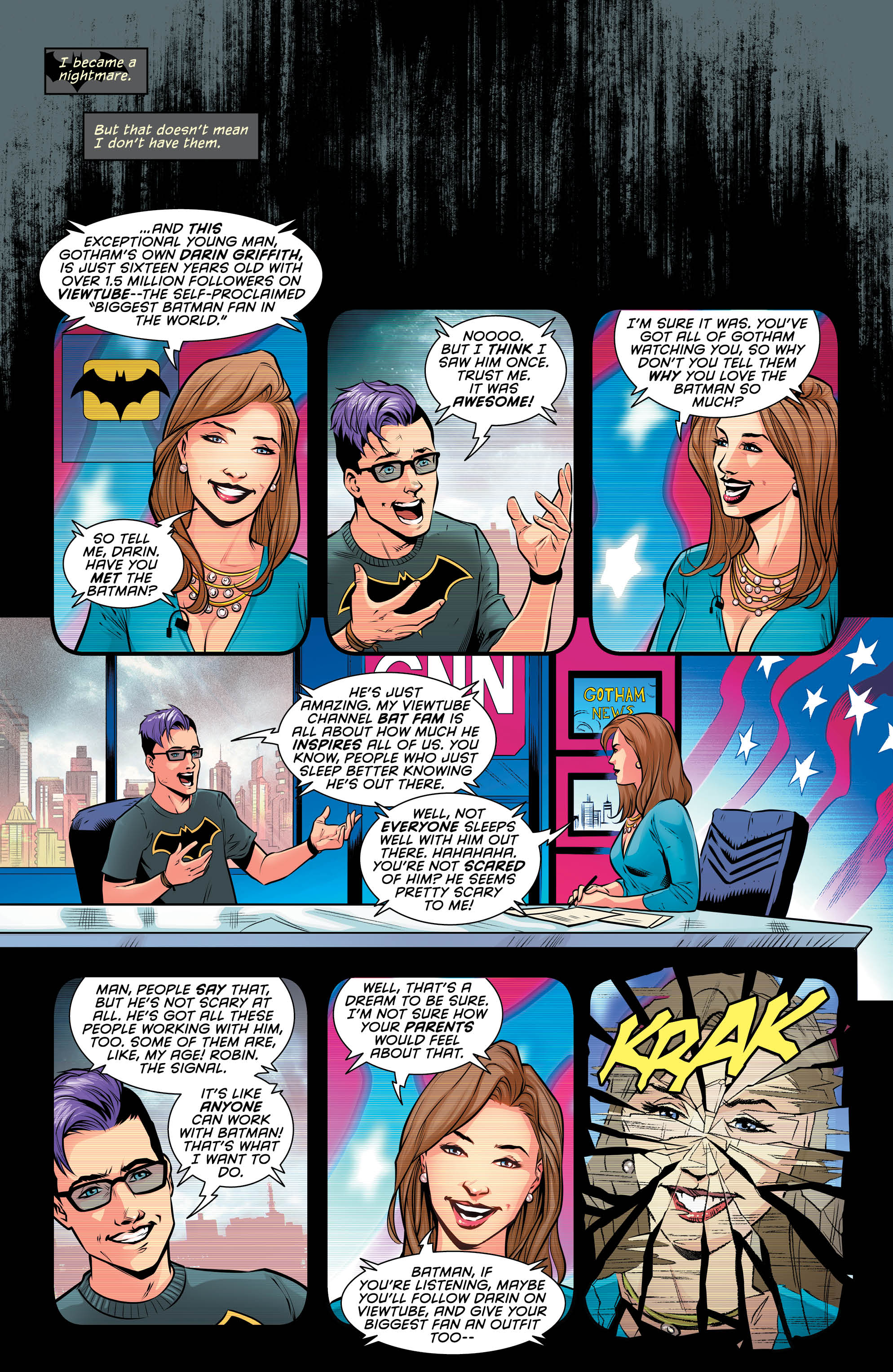 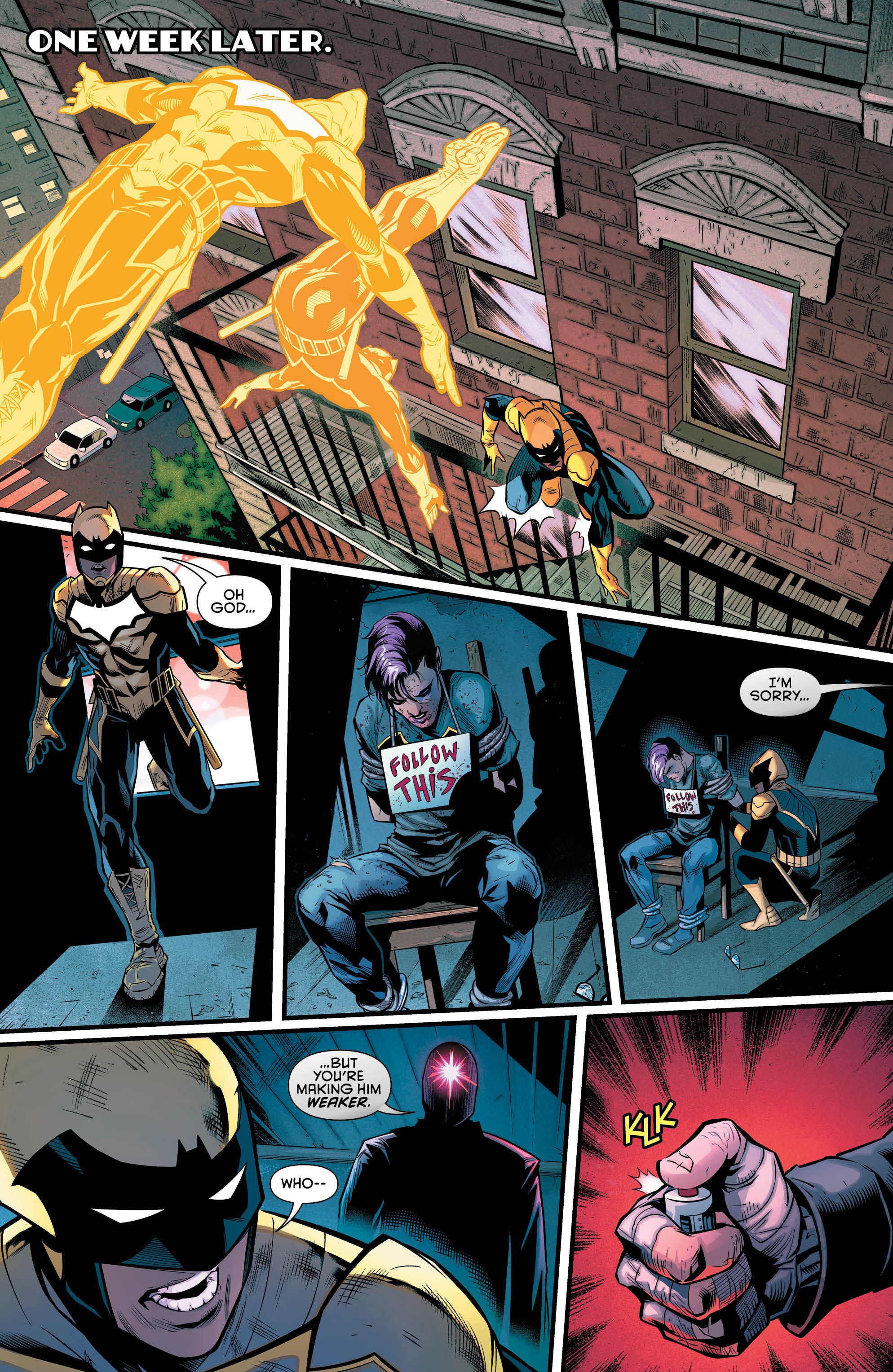 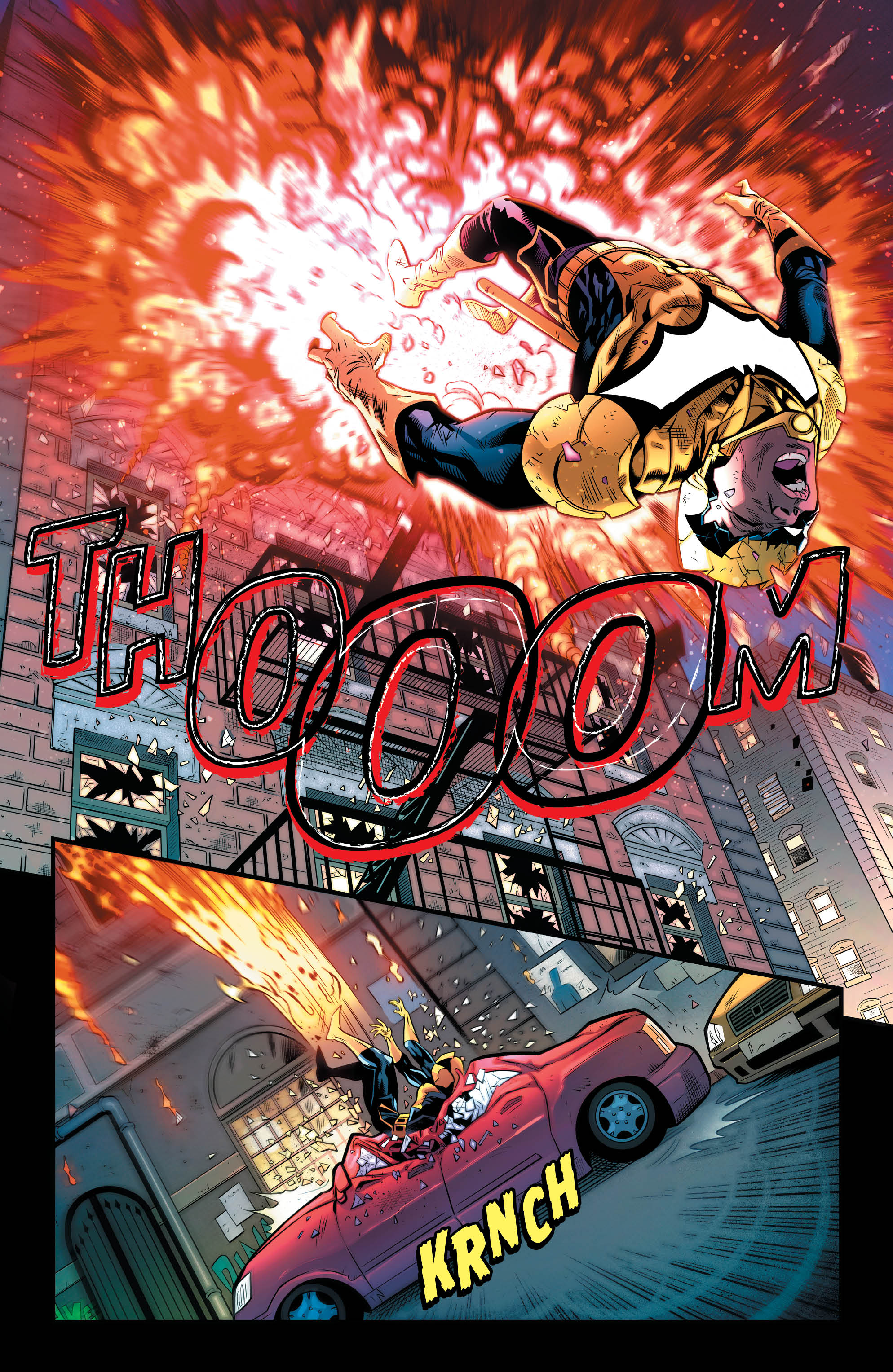 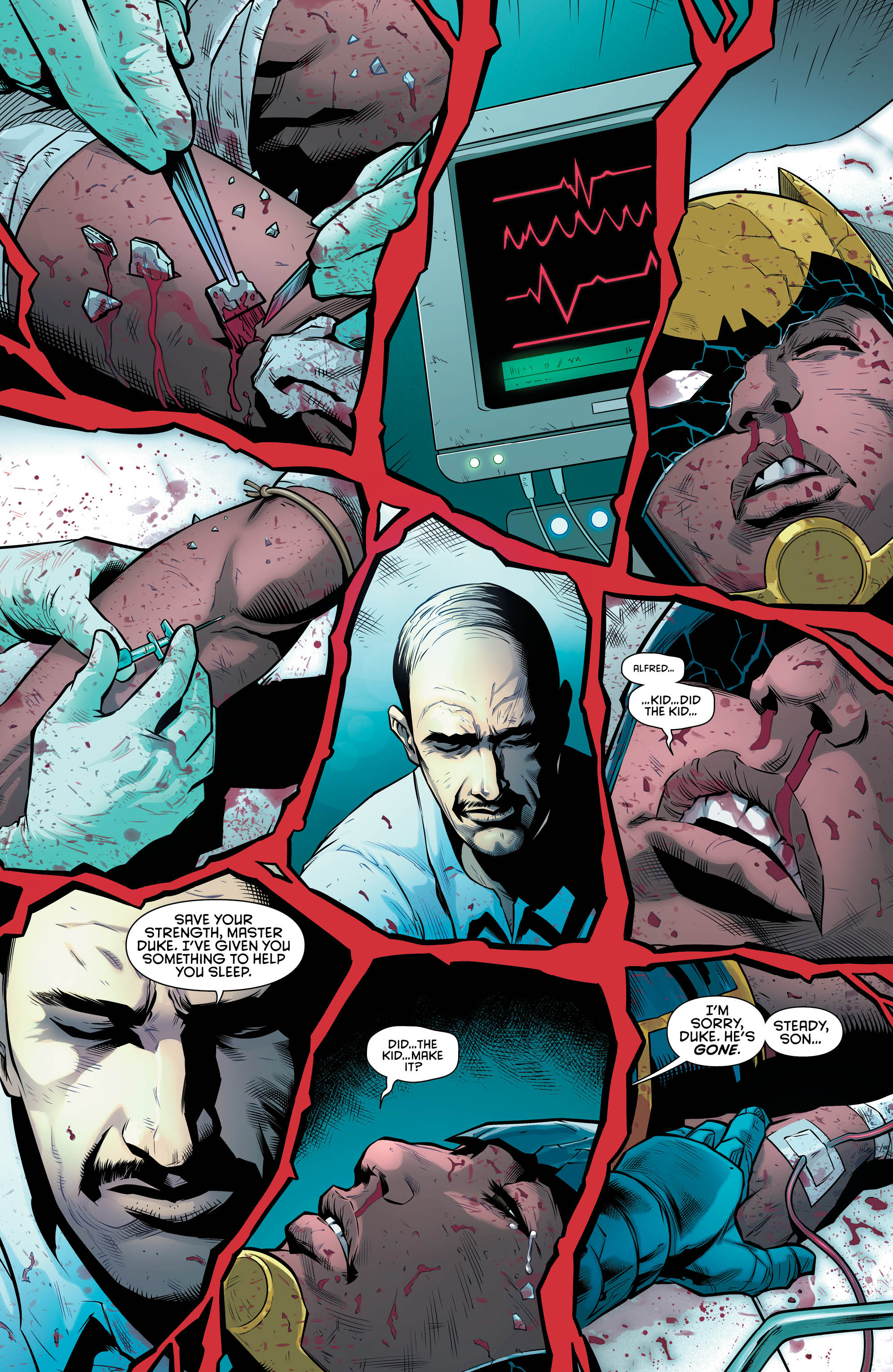 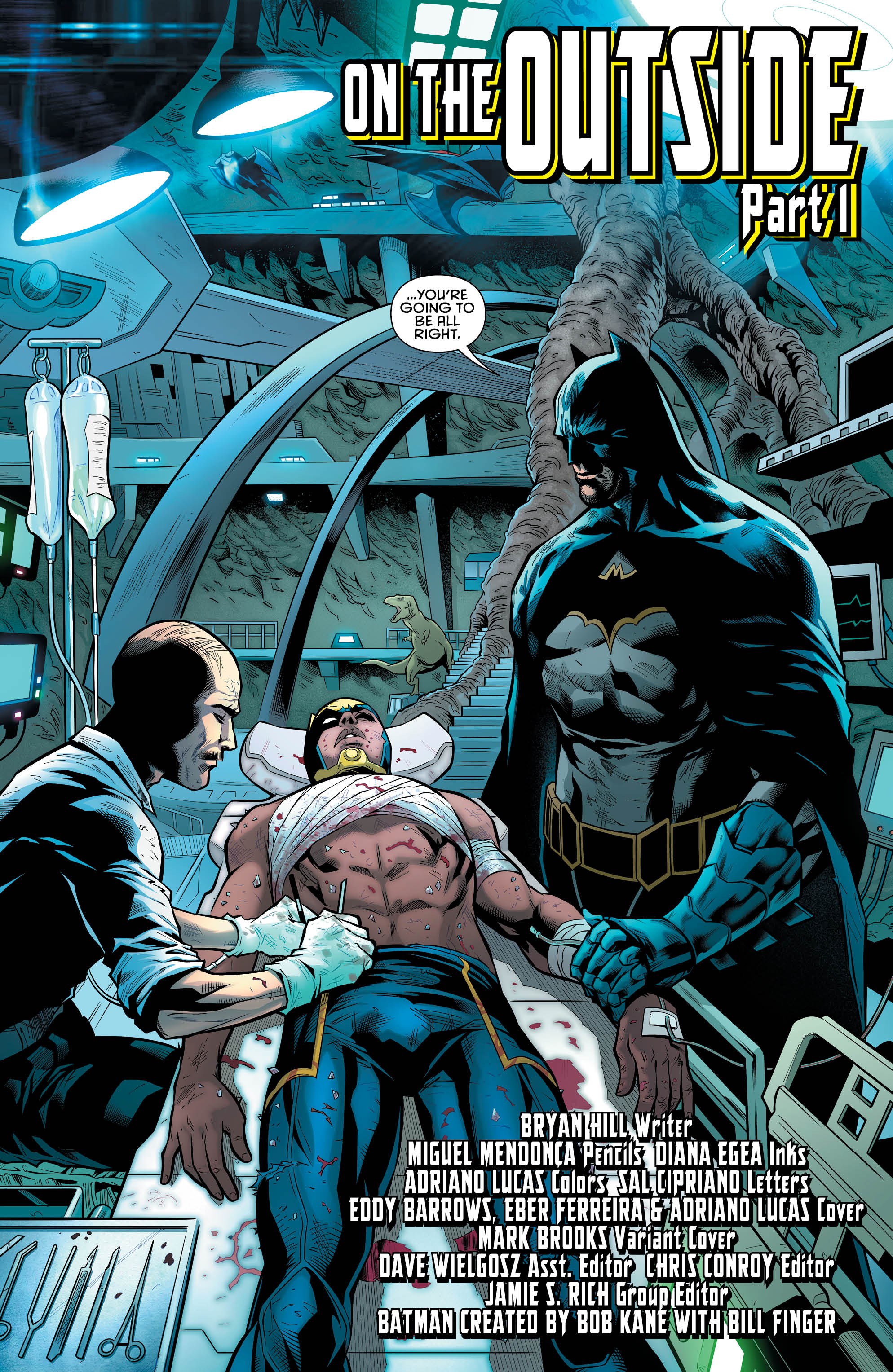 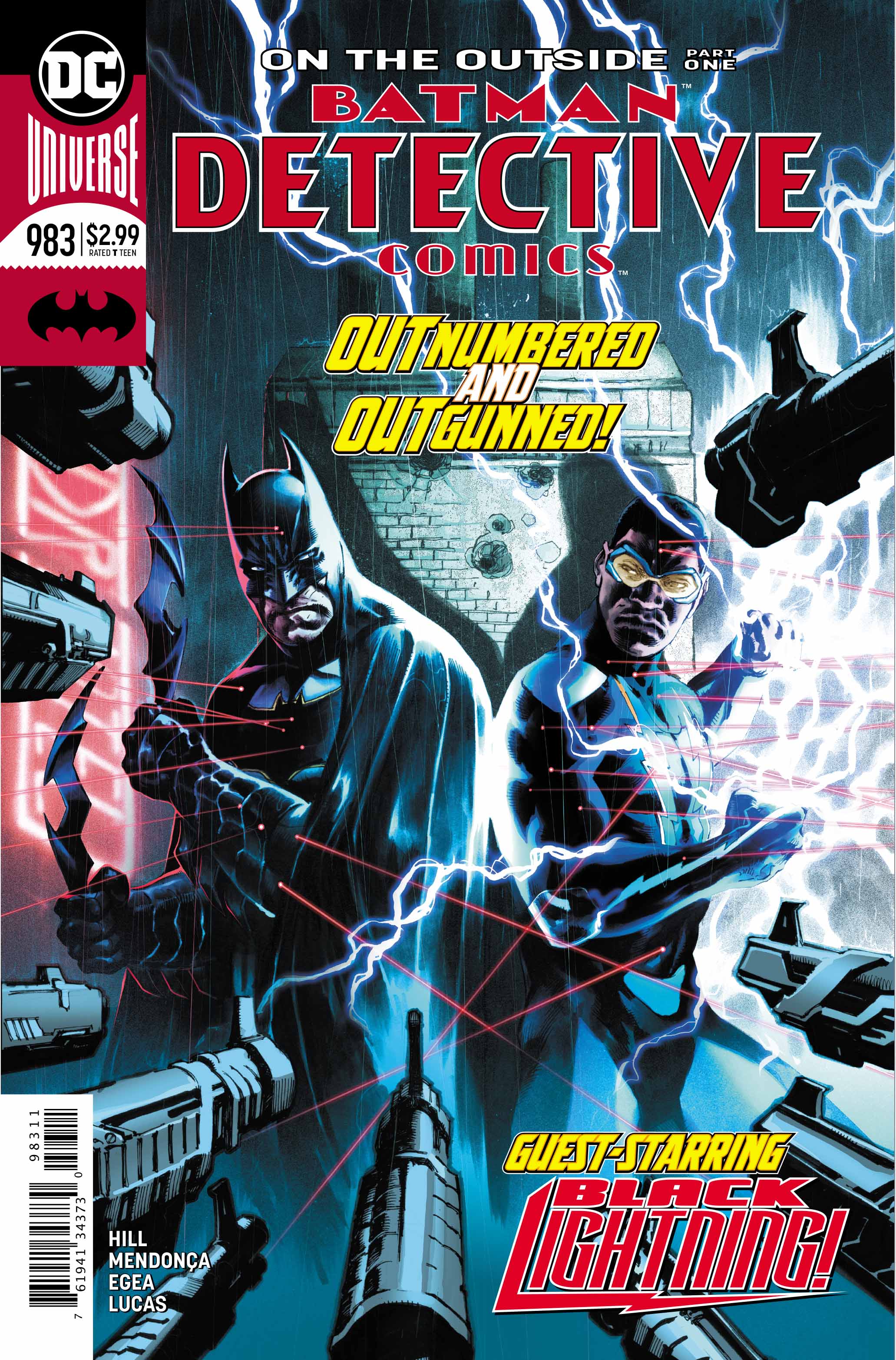 Black Lighting Is Back!

I grew up on Batman. In his own book, in Detective Comics, as part of the Justice League, World’s Finest, and as leader of The Outsiders. Another member of the latter team was Mr. Jefferson Pierce, A.K.A. Black Lightning. I love this guy.

Bryan Hill has clearly read about, understands, and loves these characters as much as I do. In this issue alone he not only brings his own, brand new fresh voice to the book, but also manages to build on the work that James Tynion wrote before him. This is no mean feat! Mr. Hill is clearly a huge fan of the entire Batman mythos, as this issue gives us a perfect Alfred, a brooding Batman, sidekicks in distress, the Dark Knight appearing in the corner of a shadowy office, and then disappearing again just as abruptly. This is actually vintage Batman 101, and is all the better for it.

Not only does this issue follow seamlessly from what’s gone on in this title, it’s also a perfect follow up to the recent Black Lightning mini-series “Cold Dead Hands.” I love a writer that does his research, can add to what has gone before, yet is still talented enough to build his own platform, so that his own voice can also be heard.

Then we have the terrific art of Miguel Mendonça and Diana Egea. Yes there’s explosions gunfire and action, but there’s emotion and character too. There are a ton of artists who can handle the former, but not that many who also excel at drawing the quieter moments. This team is one to watch, especially when paired with the coloring talents of the wonderful Adriano Lucas. The art in this issue is bordering on faultless.

I was so happy to see that my old friend Sal Cipriano’s still here. This fine gentleman lettered almost every issue of Detective Comics under the penmanship of James Tynion. While Mr. Tynion certainly wrote tons of dialogue, his captions and sound effects were few and far between. This issue really lets Mr. Cipriano cut loose! “KRAK” “KLK” “THOOOM” “KRNCH””SHA-CRACCK!”

You know how sometimes you’ve made plans to go somewhere; it’s somewhere that’s always been cool, populated with people that you care about, you know you really should go… but you don’t know if you can face it? That’s sort of how I felt about Detective Comics #983, starring Batman and Black Lightning. When that happens you either don’t go and end up regretting it, or in most cases you go and actually have a great time.

That’s exactly how I felt about this issue. I went in, I read it… I loved it.