While promoting Aquaman at CinemaCon, star Jason Momoa revealed his pick as the best Batman actor. The choice is not who you expect.

The LEGO Batman Movie actor Will Arnett was at hand to moderate the Aquaman presentation. When Momoa took the stage, he declared to Arnett, “You are the best f—ing Batman.” 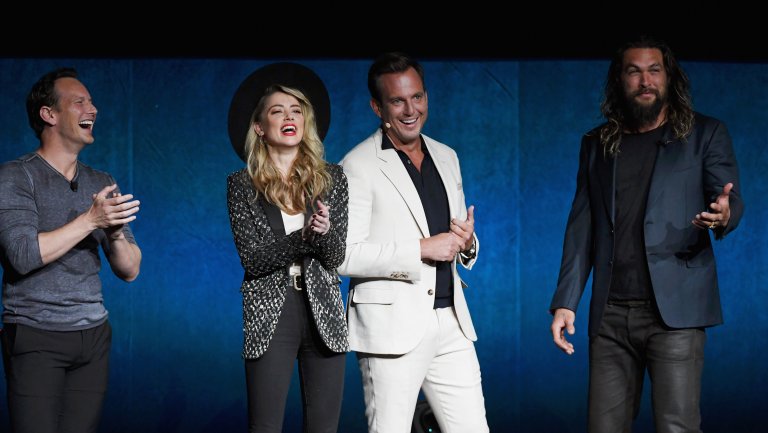 This declaration may surprise some fans, since Momoa personally starred in Justice League with Ben Affleck’s Batman. However, it appears that Arnett’s interpretation of the Dark Knight edges out Affleck’s version.

Let’s be totally honest, Momoa maybe right on Arnett being the best movie Batman. As ridiculous as The LEGO Batman Movie is, it delves into how the Wayne’s deaths affected Batman’s inability to form close personal relationships. This is something that has never been done before in a Batman movie, believe it or not. There are allusions and mentions of it, but never a full-on analysis of Batman’s guarded nature due to his childhood trauma.

Plus, Arnett’s Batman is the only movie Batman who made his own music.

Click here to see which Batman actor the Dark Knight News staff chose as the best.