“It Ain’t Easy Being Green,” Finale 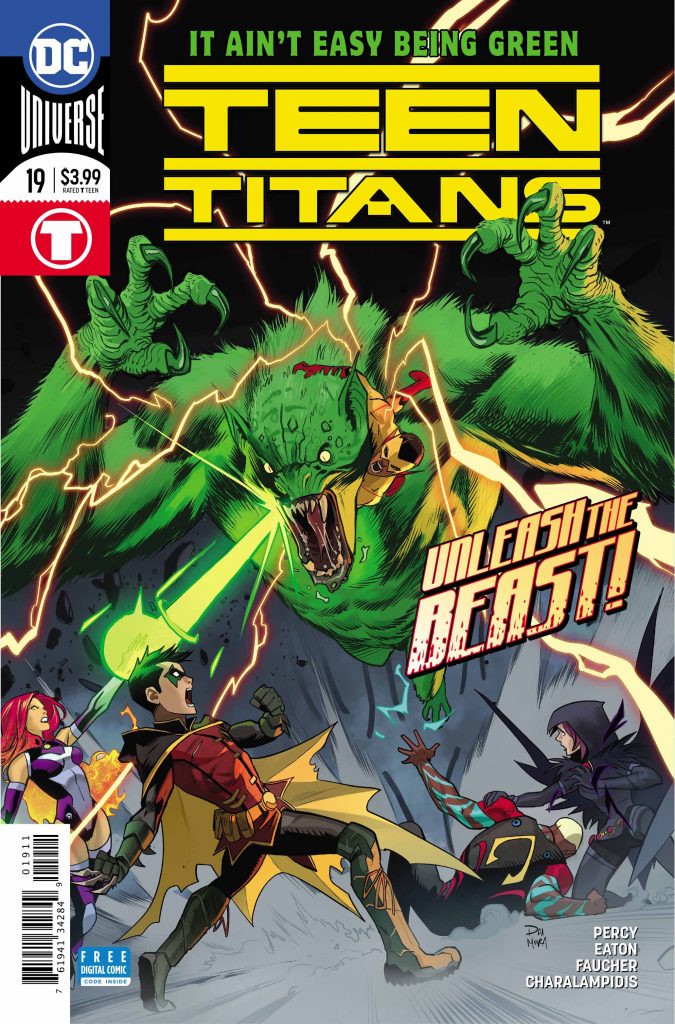 Beast Boy is out of control! His mind and body are under the influence of Joran, who shows her true colors.

Percy weaves an emotional ending to his tale in the pages of Teen Titans #19. As narrator, Gar waxes poetic about the great love stories of the age being tragedies. Teen Titans #19 is just that – a tragic love story.

To fully grasp its depth, Teen Titans #19 asks readers to sympathize with the villainess, Joran, whom we see has solid reasoning for her less-than-moral coping strategy. Additionally, the issue invites readers to empathize with the feeling of being left out, being different, and feeling out-of-place.

Joran views Robin as a bully and an abuser. Her love and care for Gar drive her to drastic measures in his defense. Readers are made aware of Joran’s past via a series of neatly depicted flashback panels. Here, the origins of her “Peter Pan” fantasy world make total sense. We learn Joran is a victim of abusive parents, whom she presumably murdered. Thus, in her mind, Robin’s perceived abuse is far more palpable and her protective tendencies toward Gar flare.

However, in a poignant twist, Joran has become the villain in her fairy tale. Her well-intentioned efforts at creating a world without pain have rendered her emotionally unavailable and unaware of the pain she’s inflicting all around her. For Joran, love has become synonymous with control. Here, one can see she truly views her puppetmaster ways as a form of love. But, of course, readers see her control as ultimately selfish. Love is selfless; love is the exact opposite of control. But, love is what Gar needs. 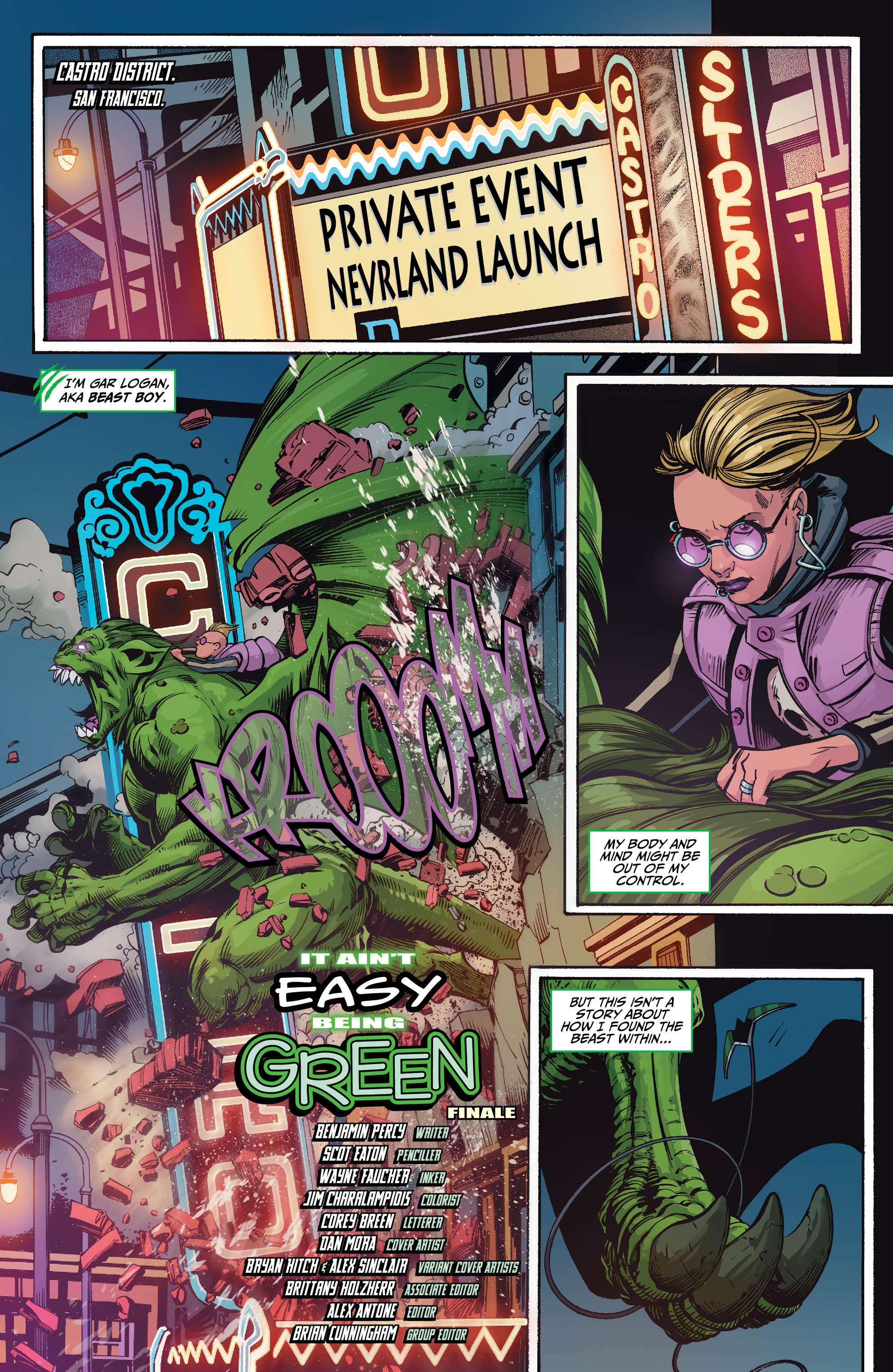 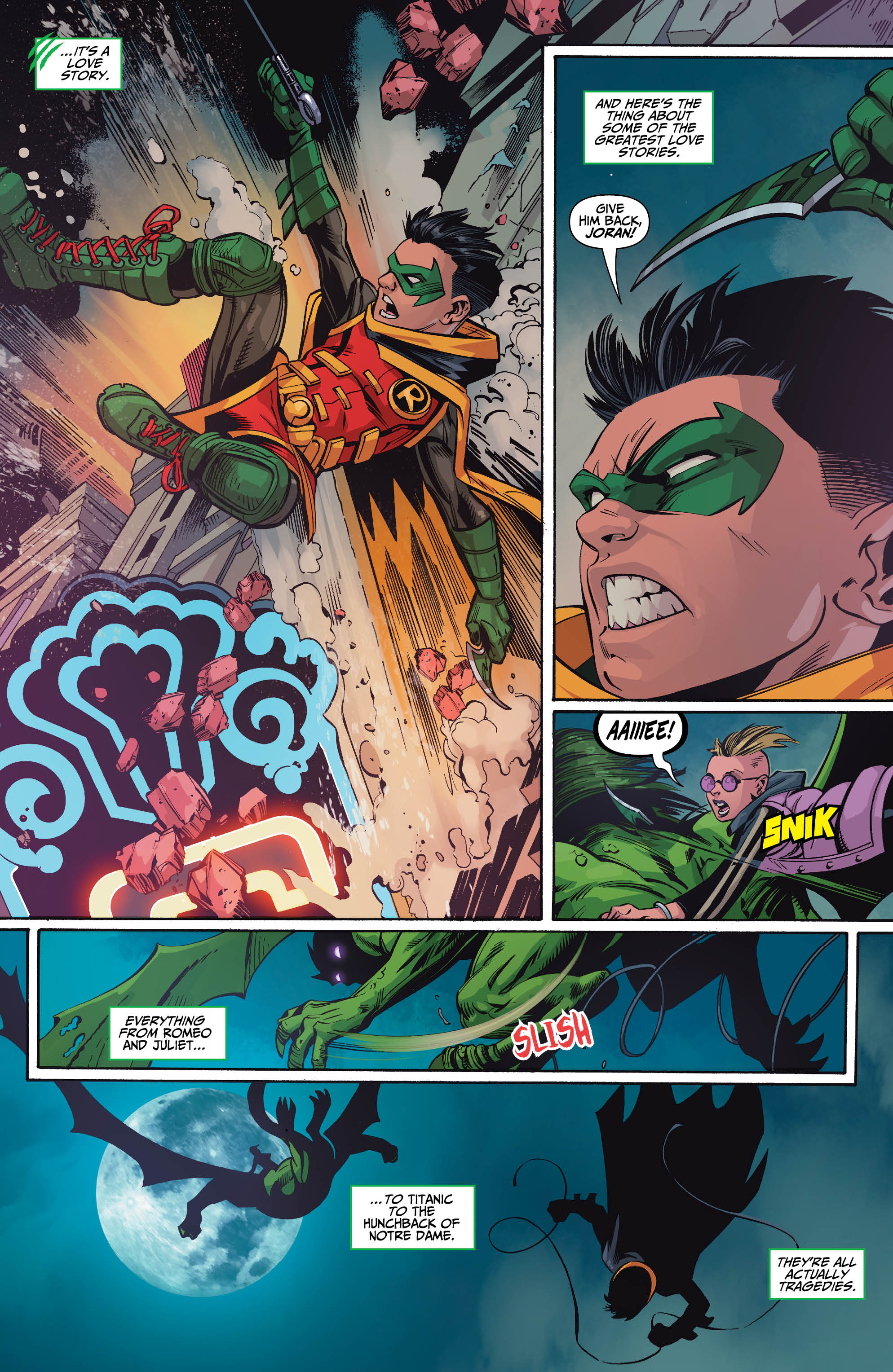 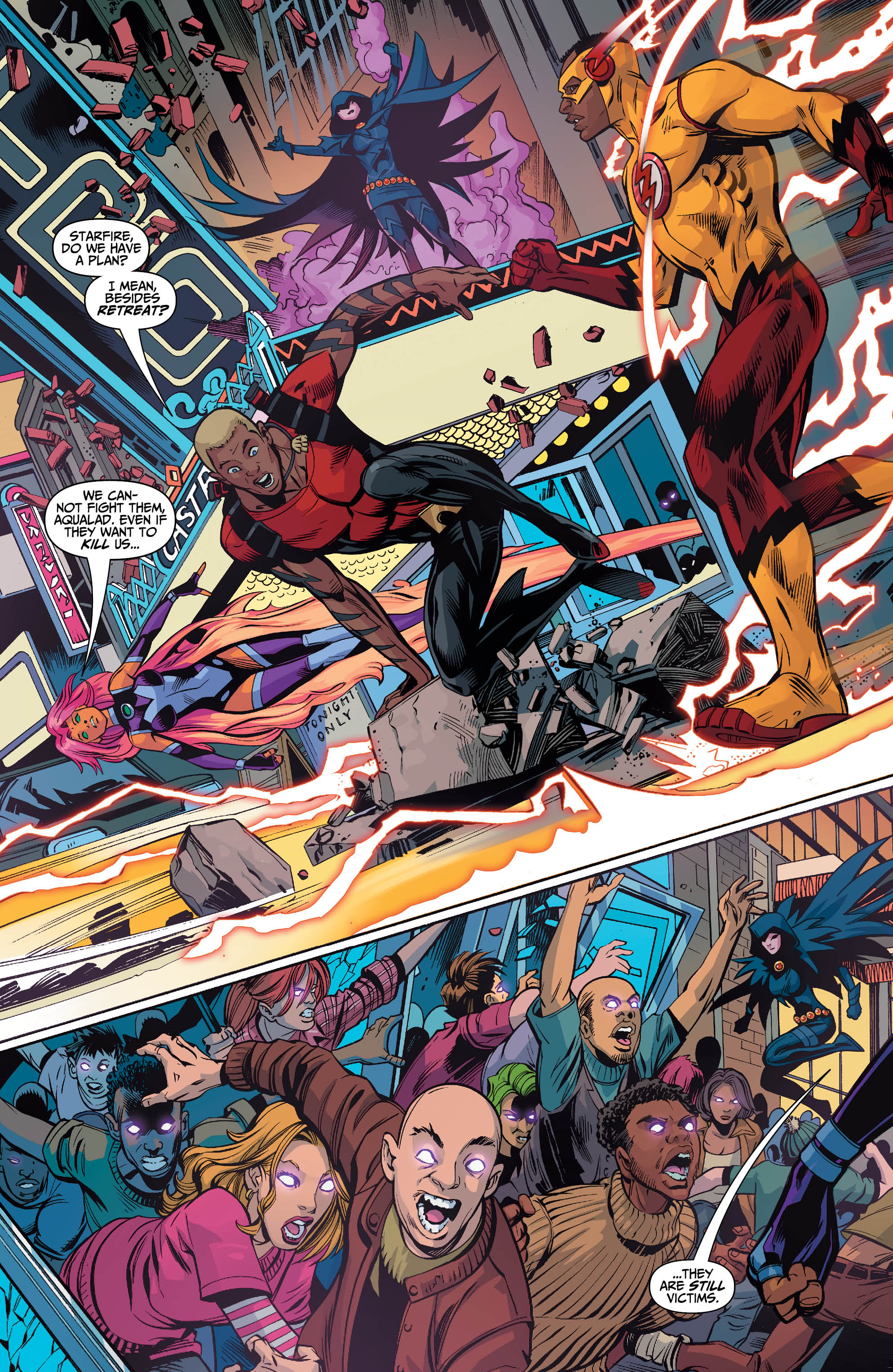 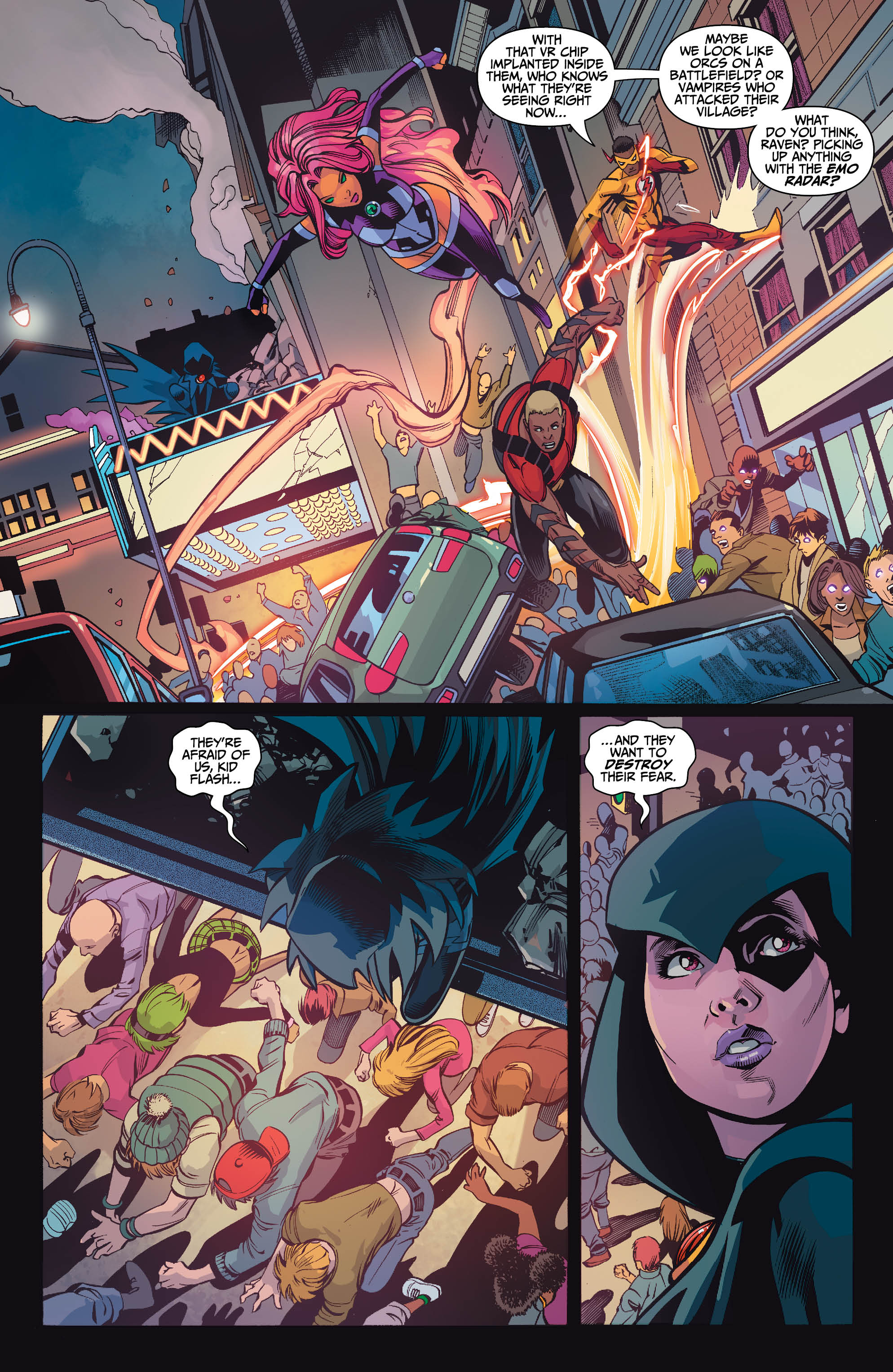 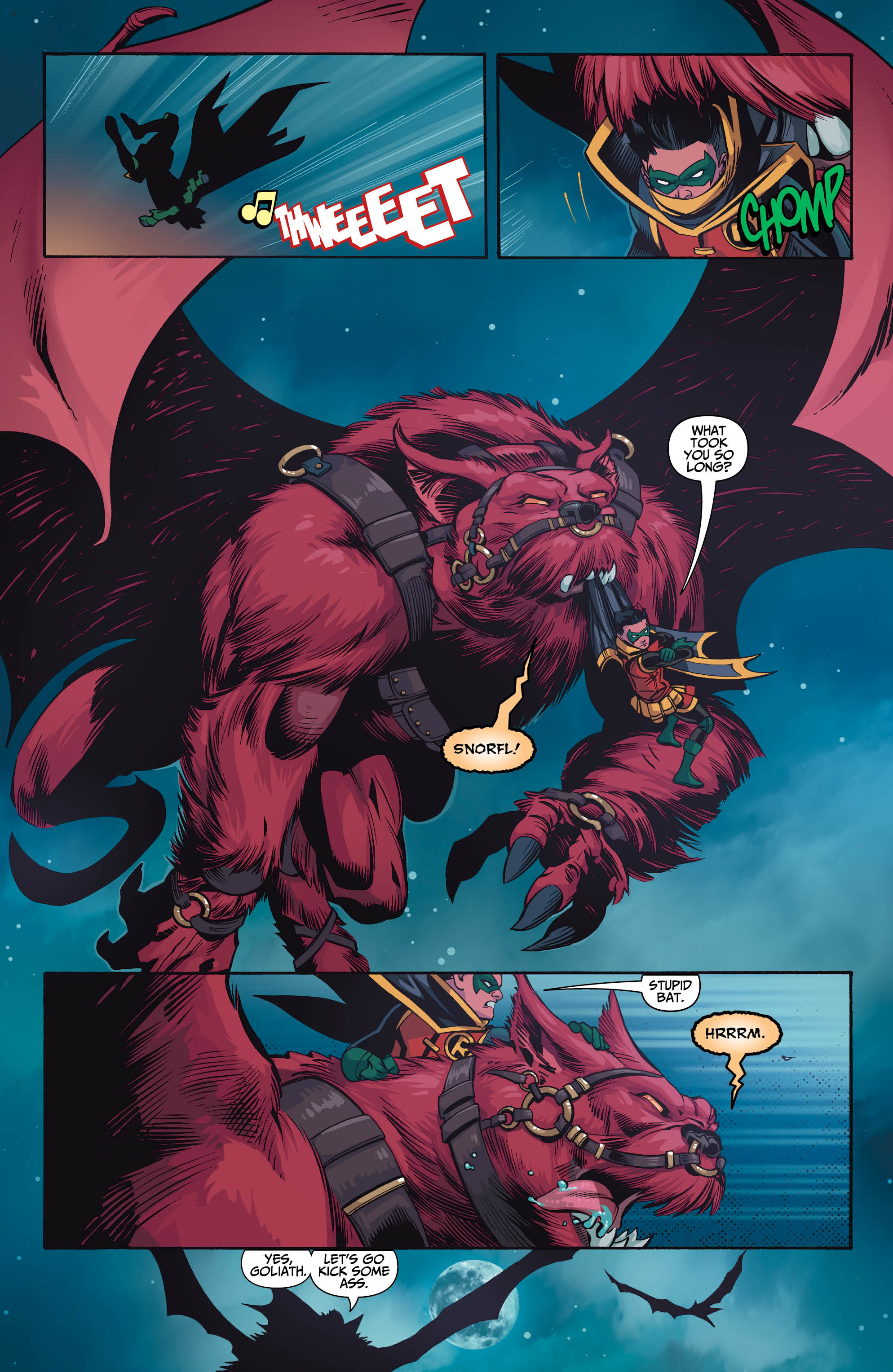 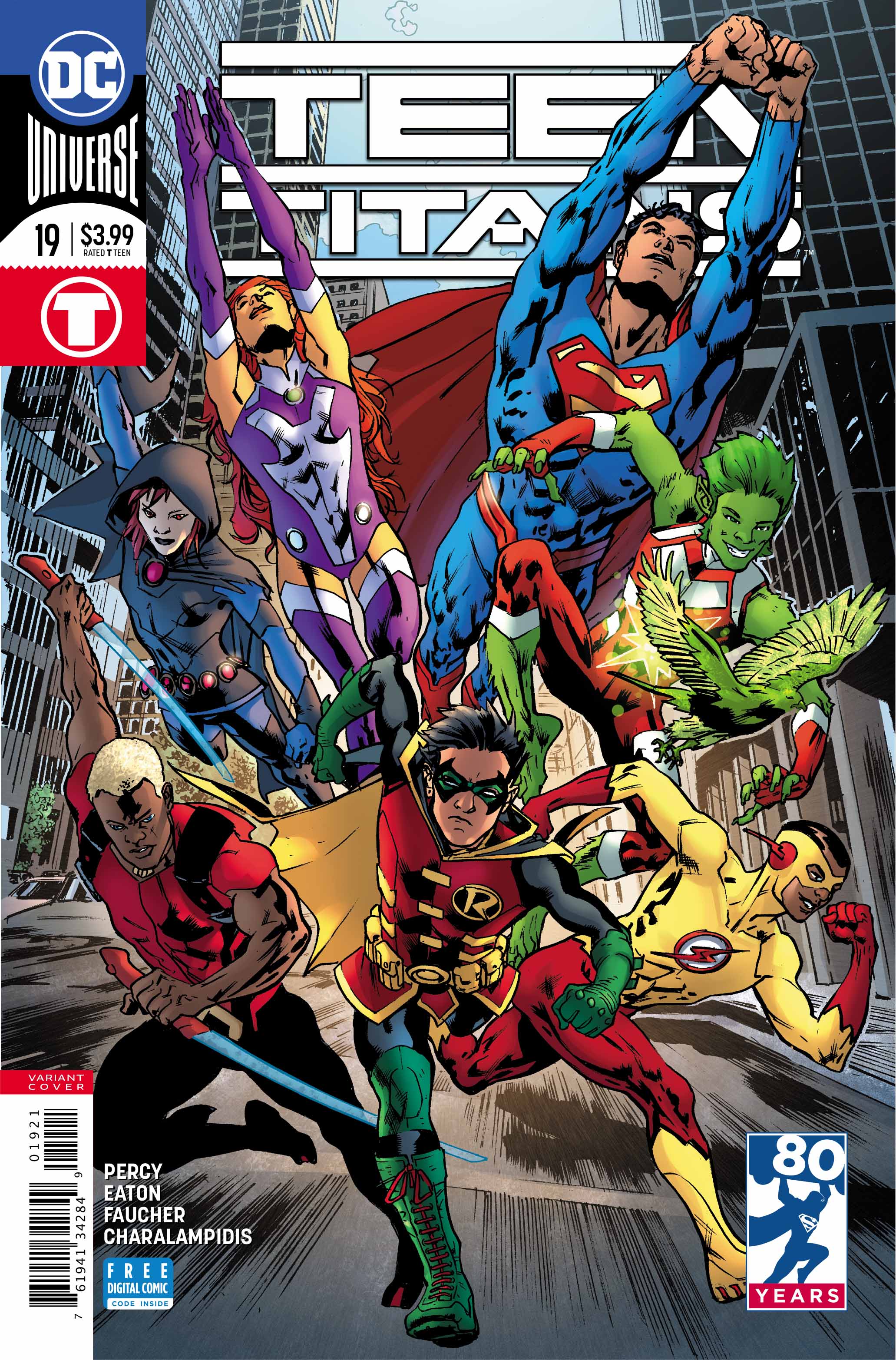 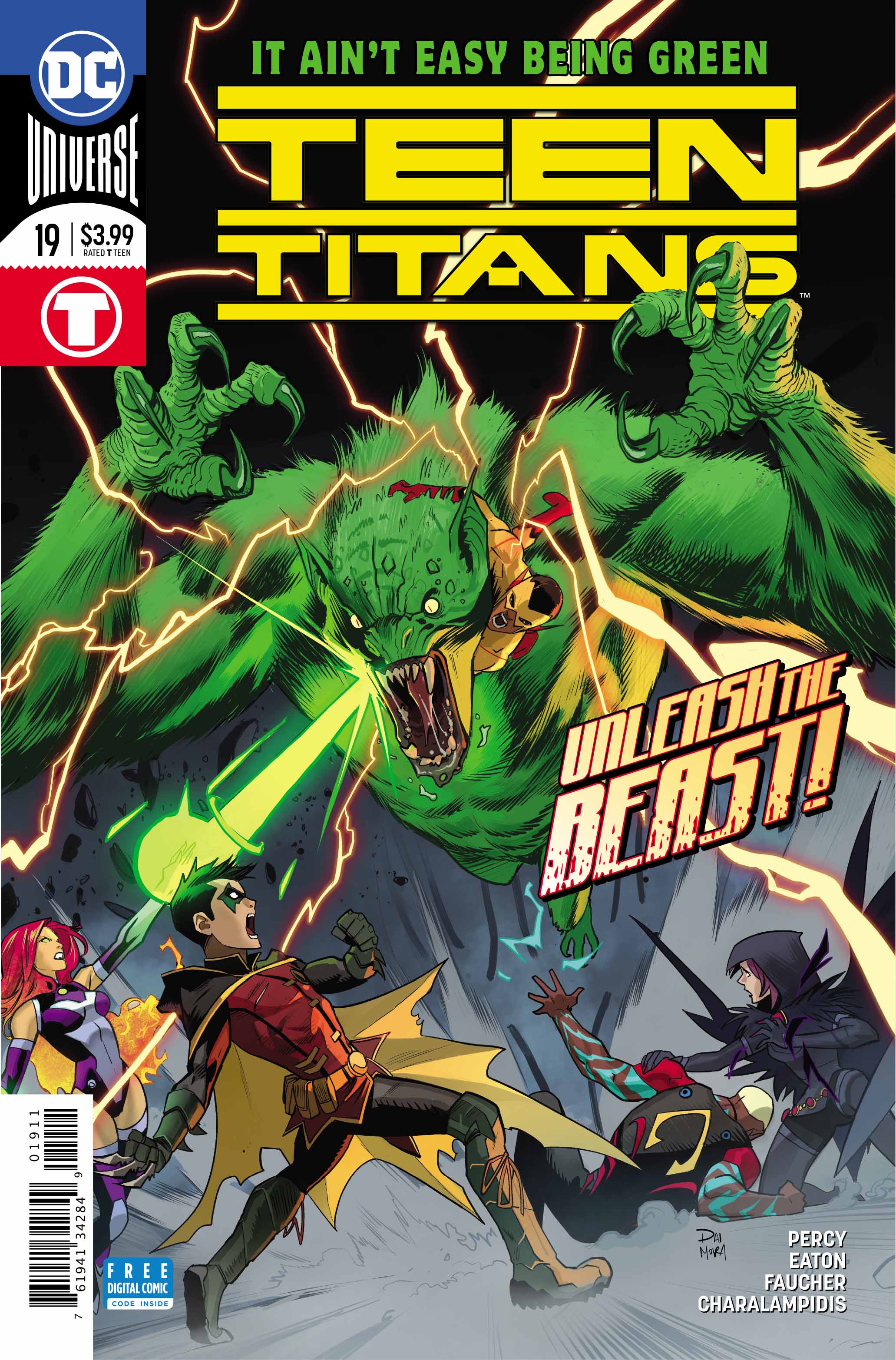 For certain, Gar is the star of the show here. His emotional maturity is on full display and he delivers superb dialogue throughout. And, if he hasn’t before Gar now knows the value his friendships with fellow Titans has in his life. But, Percy didn’t stop there. Additionally, readers also see further character development and depth from Raven and Kid Flash who share a huge moment. Even Robin showed glimmers of emotional depth! The writing was superb and emotionally rich. The art is well rendered and adds to the depth of the story.

Teen Titans #19 is a fulfilling conclusion to an interesting tale. I appreciated the emotive nature of the story as well as the maturity and growth shown by Gar. The art was appealing and clean. The story felt like it received a fitting end. The cliffhanger panel was just enough to whet the appetite for subsequent issues. This issue held my interest and felt meaningful in a way that transcends the pages.