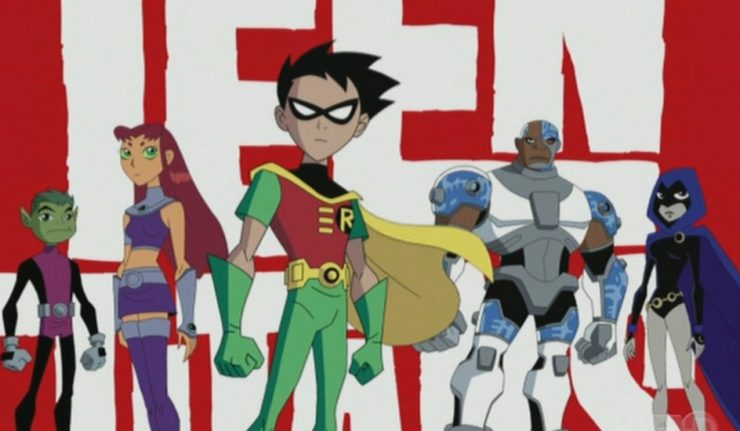 Although it’s been over 12 years since Teen Titans last aired on the Cartoon Network, the show might still have some life in it.

During the Teen Titans Go! panel at WonderCon last weekend, producer Michael Jelenic was asked about the original series, which aired from 2003-2006, and whether or not fans could see its return.

Without hesitation, the producer told fans that he can “almost guarantee” that the original series would be coming back.

TTG had a panel at Wondercon today, co-producer Micheal Jelenic stated that he "can almost guarantee" the original Teen Titans is coming back. So yeah, we'll see!

This obviously isn’t an official announcement, no contracts have be signed and nothing is truly guaranteed, but this is still exciting news for the fans of the show.

Last year, Warner Bros. Television and DC Entertainment announced that they would be launching a new DC streaming service, similar to Netflix or Hulu, sometime in Fall 2018. Included on this service will be Season 3 of Young Justice and the live-action Titans series. This service will likely be the place that a reboot or continuation of Teen Titans lives, as well.

If it does, that would make three new shows that focus on the younger members of the DC Universe, so perhaps this is telling that the service might be aimed to younger audiences too?

Funny enough, although Teen Titans was eventually cancelled, fan love for the show is what sparked the Teen Titans Go! show and eventual feature film in the first place.

Were you a fan of the original Teen Titans show? Would you like to see it return along with the other Teen Titan shows on the DC streaming service? Let us know!