Review: ‘Batman: The Enemy Within’

When Batman: The Telltale Series was announced, it caught a lot of fans off guard. After being spoiled with the incredible Batman: Arkham series for so long, it felt like a weird tonal shift. While Telltale’s foray with The Walking Dead and A Wolf Among Us were well received, Batman seemed like an odd match.

However, when all was said and done, boy, did we get a hell of a ride. While the Arkham games let us feel like Batman, here you got to BE Batman. You got to decide the narrative how of you want your Bruce Wayne and Batman to behave. What is your relationship with Alfred like? Do you believe in Harvey Dent? Is your Bruce Wayne the mask or the real person? Telltale allowed you to answer all of this and then some.

When it comes to Season 2, The Enemy Within, you get the opportunity to continue your story/save from Season 1 and keep those relationships and consequences of your actions, or you can start fresh.

So before I go any further, I recommend you play Batman: The Telltale Series and create your own narrative before jumping into Season 2, if you haven’t already.

Now, onto the show.

Just like how Season 1 took the familiar story of Batman that we all know, but gave it its own fresh twists and turns, The Enemy Within continues with that trend.

We meet characters such as the Riddler, Harley Quinn, Bane, Mr. Freeze, Amanda Waller and more! These characters act and behave as you’d expect, but Telltale, once again, shows they are a master class and giving them a fresh take. 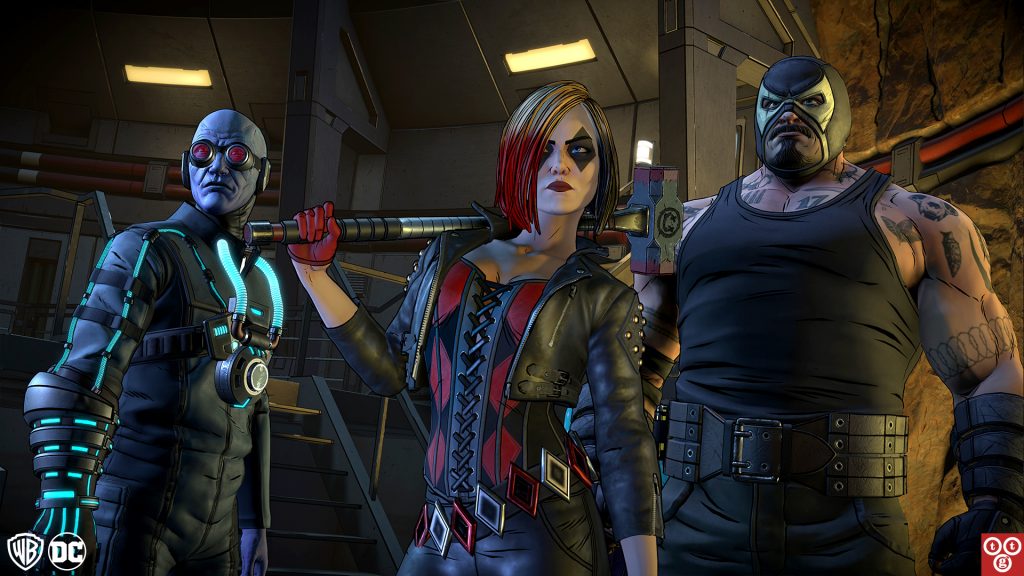 Riddler feels very similar to the Arkham version of the character, with a more hands on with an almost Jigsaw from Saw vibe to him, but he’s a bit older than normal and was an established crime lord in the Thomas Wayne days.

While Harley Quinn was still a psychiatrist, she becomes Harley Quinn not because she fell in love with the Joker during their therapy sessions. Although the love spark wasn’t in therapy, the role reversal of John Doe falling in love with Harley and wanting to impress her once again makes everything feel like we’ve been there but is unique.

Amanda Waller is a character many DC fans have probably come to hate as a nemesis to the Justice League, and usually Batman specifically, so your instinct is to always be against her. But, maybe she can actually help you this time? The Enemy Within gives you incredibly difficult choices that sometimes the enemy of your enemy is your friend.

There are plenty of other cases of this, and while characters such as Bane or Freeze are more or less what you’d expect, they too have subtle differences to make them unique enough to the series.

The Name is John Doe

I mentioned John Doe earlier, and those who have played Season 1 know him all too well, but he returns in the sequel and is better than ever. I can not give voice actor Anthony Ingruber enough credit for his performance. Much like Heath Ledger or Mark Hamill, the way he uses his voice like an instrument is haunting at times and is an instant classic Joker performance. 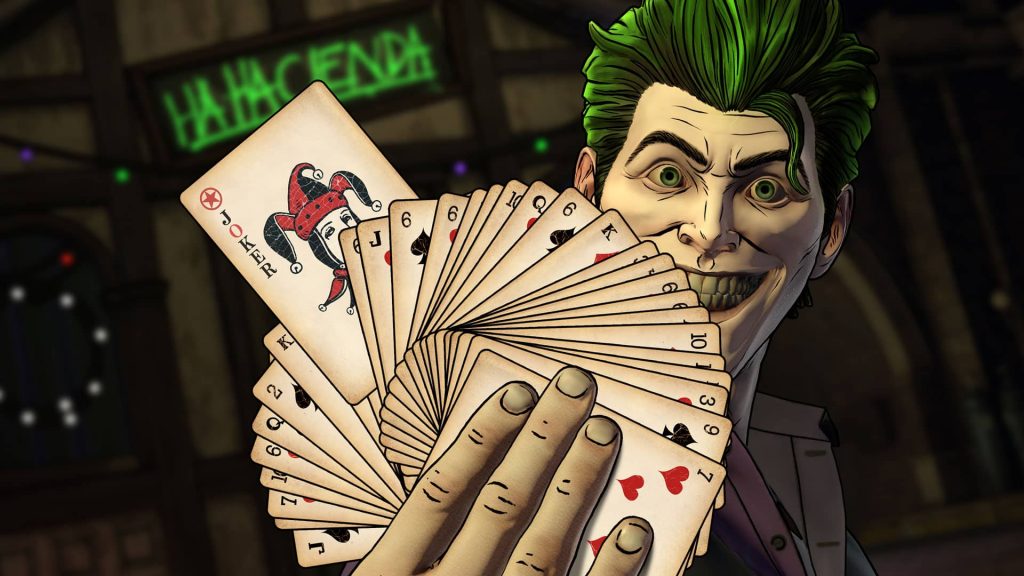 We first met John Doe as Bruce Wayne when you are incarcerated in Arkham Asylum in Season 1. Although he isn’t “the Joker”, but merely an inmate named John Doe, fans can recognize him immediately with the instinct that he isn’t to be trusted. But perhaps this version is really just trying to help in his odd way?

The Enemy Within continues John’s story when he is released from Arkham (released not escaped) and tries to continue his perceived friendship with Bruce. Seeing John trying to interact as a normal person in the real world, failing miserably, then getting frustrated at how awkward he is is nothing short of great writing. He comes off as charming yet incredibly unsettling.

Again, your instinct isn’t to trust him, but John seems like he genuinely wants to be your friend and even could be crucial in Bruce’s plan to save Gotham. The relationship you build, or choose not to build, with him is incredibly well done and his transformation makes this one of the best Joker stories I’ve experienced.

As I mentioned before, if you played Season 1, you are allowed to continue your save and story in The Enemy Within. Doing this allows for a lot of great world building for your own story and tale of Batman.

My Bruce Wayne injured his ear in the battle with Lady Arkham at the end of Season 1, so in this season, he still has a piece of his ear missing. Alfred is still shaken up from being kidnapped and you are dealing with the repercussions of that.

Catwoman returns this season, so depending on how you treated her last season affects your relationship this season. The Batcave now has a trophy case of your adventures from Season 1, with mine including Catwoman’s goggles, Harvey Two-Face’s mask to cover his burns and Penguin’s gas mask.

You can feel this world being created around you and it’s all caused from the decisions you make and lets you feel like your choices really matter and have weight to them.

If you’re a Batman fan and don’t consider yourself a “gamer”, do not sleep on this title just because it’s a video game. There are plenty of ways to access it, whether its on PC, PS4, Xbox One, or even on iOS and Android devices. The Enemy Within is a great continuation of a Batman tale that you are crafting and every fan should experience it.

Telltale’s second season ups the ante in terms of difficult decisions, some of which were life or death for characters I cared about, that made me scared of what the outcome would be. The Quick Time Event (QTE) fights are incredibly well done, and the puzzles and detective work feel rewarding.

One complaint about Telltale games in the past is the game engine the games run on. It’s notorious for lagging and/or crashing frequently, which I have experienced in a couple other Telltale titles that I have played. But I know they have been working on it and it showed in The Enemy Within. At least in my game, I didn’t experience any technical issues.

My only real complaint about The Enemy Within is it felt like they were trying to expand too much too fast. While the first season was a smaller, more intimate story with villains like Harvey Dent and Lady Arkham, both of whom we got to see their origins. This season threw in a bunch more villains, all of which were already established and doing their theatrical persona, with only passing lines of why they are doing what they do. While The Enemy Within ultimately boiled down to how you, as Bruce Wayne and Batman, handled John Doe, it would’ve been nice to see more background from the other villains, or at least have a smaller story to focus on just a couple.

Batman: The Enemy Within is more than a worthy follow up to its first season. It continues to keep things fresh while remaining familiar and tells an incredible Batman tale that you get to sculpt for yourself. If you’re a Batman fan, gamer or not, I can’t recommend this title enough.