One of my favorite assignments for Dark Knight News is reviewing Detective Comics every two weeks. It’s been a joy writing about DC Comics’ oldest title for twelve months now, as it’s consistently excellent, issue after issue.

James Tynion IV has been writing this series since the launch of DC’s Rebirth, and he’s done an incredible job. People who read my reviews regularly know that I have become a huge fan of his work. I was very disappointed when he announced that issue #981 would be his last.

What made this all the more frustrating was the fact that I had no idea who would be taking over.

Mr. Hill has a pretty impressive resume. He’s the author of DC Comics’ The Wild Storm: Michael Cray, and one of the writers on hit T.V. show Ash Vs Evil Dead. Mr. Hill also has a few more DC projects in the works, including a Black Lightning/Hong Kong Phooey team-up, which sounds hilarious.

As you can see below, his first issue boasts a gorgeous cover by Eddy Barrows, featuring Batman and Black Lightning. 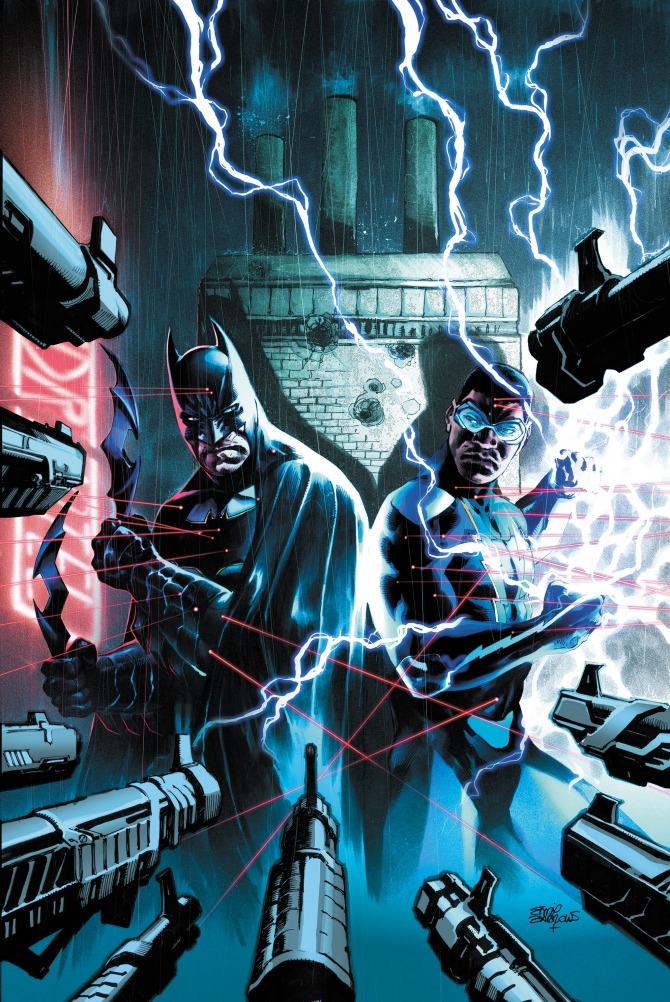 The solicitations for Hill’s first two Detective Comics issues have gone a long way into assuaging my fears about the book’s future.

DETECTIVE COMICS #983
Written by BRYAN HILL • Art by MIGUEL MENDONÇA • Cover by EDDY BARROWS • Variant cover by MARK BROOKS
“On the Outside” part one! Duke Thomas. Cassandra Cain. They and other young heroes don’t intend to stand down, no matter what Batman thinks is best. Who can Batman trust to guide them? They need a teacher…and Black Lightning fits the bill!
On sale JUNE 13 • 32 pg, FC, $2.99 US • RATED T

DETECTIVE COMICS #984
Written by BRYAN HILL • Art by MIGUEL MENDONÇA • Cover by EDDY BARROWS • Variant cover by MARK BROOKS
“On the Outside” part two! Batman wanted Black Lightning involved in the lives of his protégés—but how involved was the Dark Knight thinking? What kind of missions will Jefferson Pierce take them on? And what, exactly, is he whispering in their ears about Batman himself?
On sale JUNE 27 • 32 pg, FC, $2.99 US • RATED T

I’ve been a huge Black Lightning fan almost my entire life. Seeing Batman teaming up with his old Outsiders comrade has got me very excited. I still readily admit that I’ll really miss James Tynion IV’s voice on this series, but for at least five issues my favorite title seems to be in safe hands.