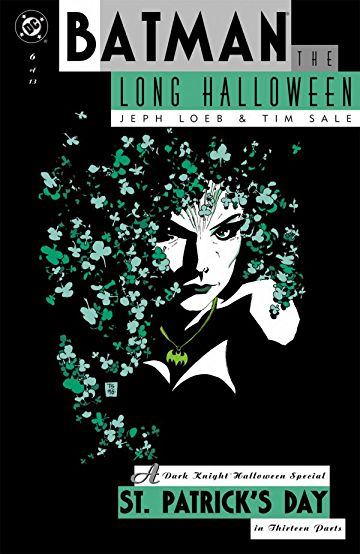 Gotham City isn’t lucky on this holiday. Released from Gotham Penitentiary is a new player in the mob game: Sofia Falcone Gigante, Carmine “The Roman” Falcone’s daughter. She makes her rounds throughout the issue: reuniting with her father, visiting her aunt Carla, and showing up to Maroni’s safe house to make a hit…but is just a few minutes late.

Meanwhile, the repercussions of last issue’s flower prick are playing out. Bruce is under the control of Poison Ivy, and has gone against an action earlier in this story: allowing the Falcone family to store their money in one of the city’s prestigious banks. Everyone is shocked, including Bruce, but there’s no match for the controlling villainess.

She spots Bruce, who ignores her, getting into a cab with Ivy. Selina wastes no time creeping into Wayne Manor, interrupting a St. Patrick’s Day dinner between Bruce and Poison Ivy. Catwoman saves the day, freeing Bruce of the criminal’s control….who was actually working on the behalf of Falcone.

This issue is fantastic. After a good but not important issue (“Valentine’s Day”), this one furthers the plot in many ways. The most surprising aspect is that Holiday seems a little “oh yeah, we have to do something with him”. The murder is quick, and would seem forgettable if Sofia hadn’t rolled up afterward, spotted by Maroni. That will get more attention in coming issues.

Poison Ivy is a key player here. Her actions resulted in Bruce making a BIG decision, one in which he even recognizes will have to be reversed, somehow, in the near future. The big reveal at the end is surprising, and uncharacteristic, of Falcone. But it works here, and makes me want to read the following issue. 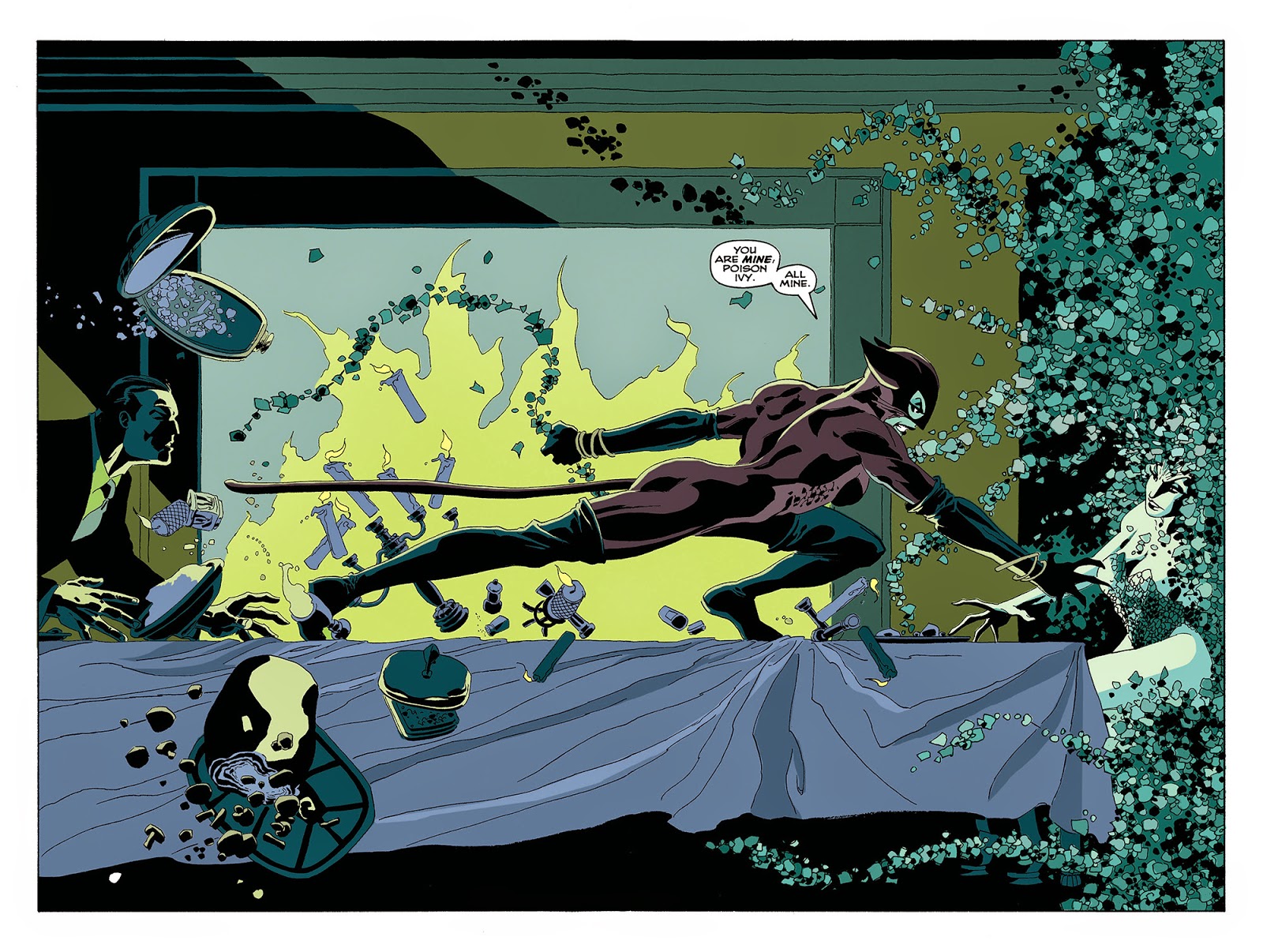 This chapter’s MVP: Catwoman. With her keen eyes, she’s able to spot Ivy’s controlling of Bruce, and expertly sneaks into Wayne Manor to save the day. Had she not, it could have been worse.

Jeph Loeb and Tim Sale craft another excellent issue of “The Long Halloween” saga. Aside from more layers being added, each panel continues looking better and better. Sale has really found his groove by this point, cranking the noir level to an 11.

Overall, “St. Patrick’s Day” is a fine chapter in Batman: The Long Halloween. It’s haunting, surprising and important in developing this classic arc.

Jeffrey Dean Morgan Is Ready To Suit Up As Flashpoint Batman