“The World Stops: The Fall of Troy” 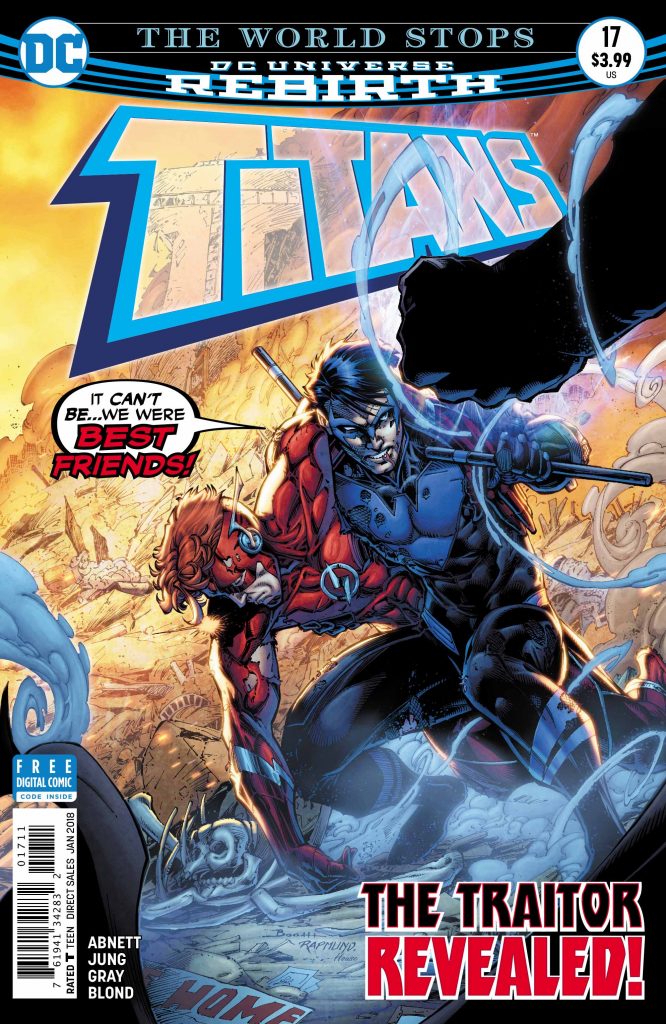 Titans #17 explores what it means to be human and delves into the life of one Donna Troy and her future self, Troia.

Troia makes her presence felt in a major way, revealing herself to be the mastermind behind the Titan’s recent woes. Claiming to be Donna Troy of the future, Troia paints Donna as an ultimate weapon forged in Olympian clay. Troia encourages Donna to embrace immortality and her role as a conqueror. Seeds of doubt are planted in their collective psyche as each Titan is told of their own demise.

Troia makes the case for Donna to assume her destiny—to destroy her friends and conquer the world. Hoping to convince Donna to spare herself “years of needless heartache,” Troia makes the case for Donna to fast-track her process of becoming “the weapon that reshapes the universe.” This process involves killing her fellow Titans, thus ripping the proverbial band-aid rather than enduring more painful separations over many decades. However, Kid Flash was not in Troia’s plans. Mysteriously, he senses the presence of the Speed Force still within Wally West’s lifeless body!

Could Wally somehow still be alive? Will Donna accept Troia’s invitation and choose to embrace her power? Or will she decide love and friendship are worth the inevitable pain? 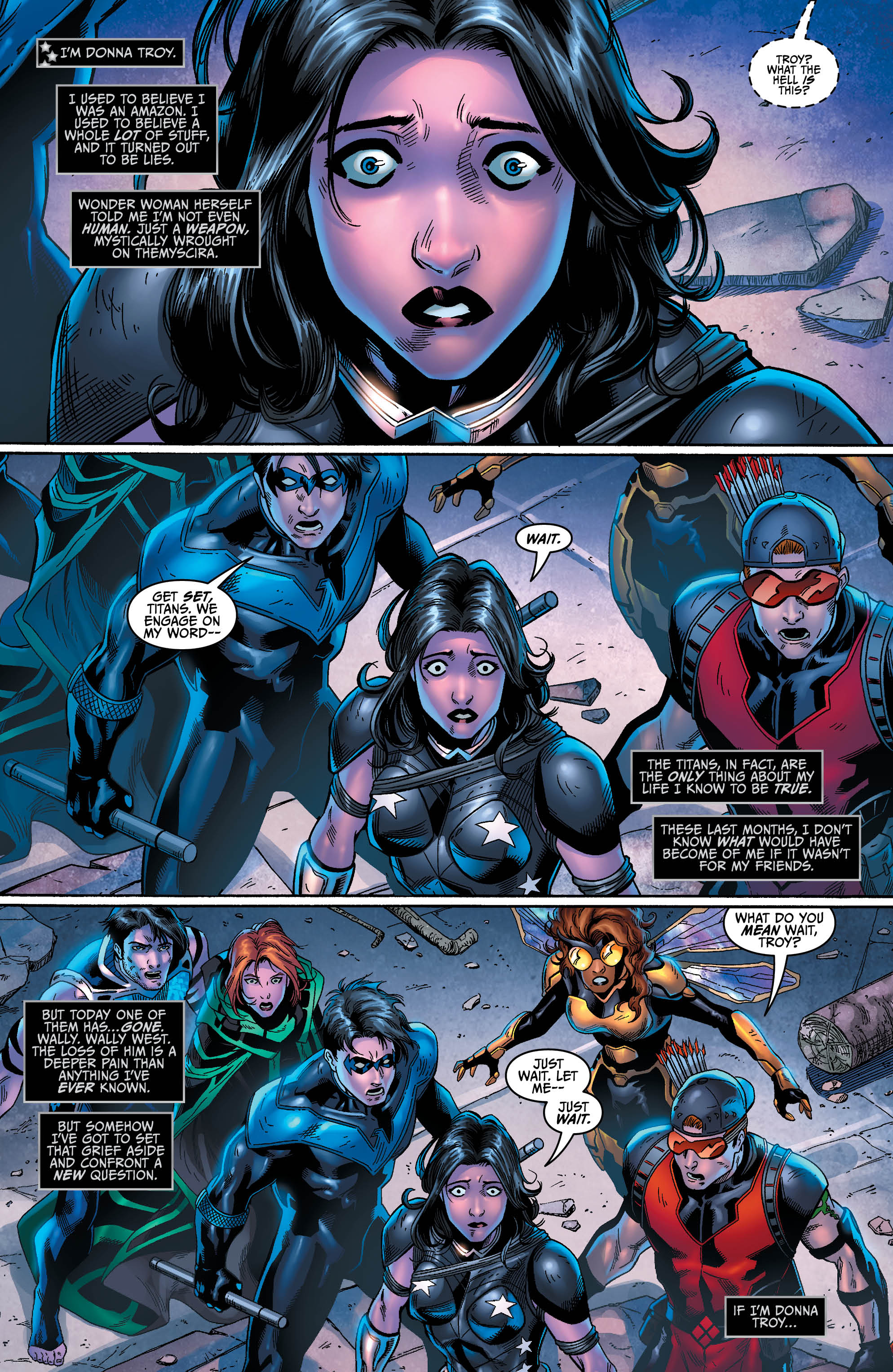 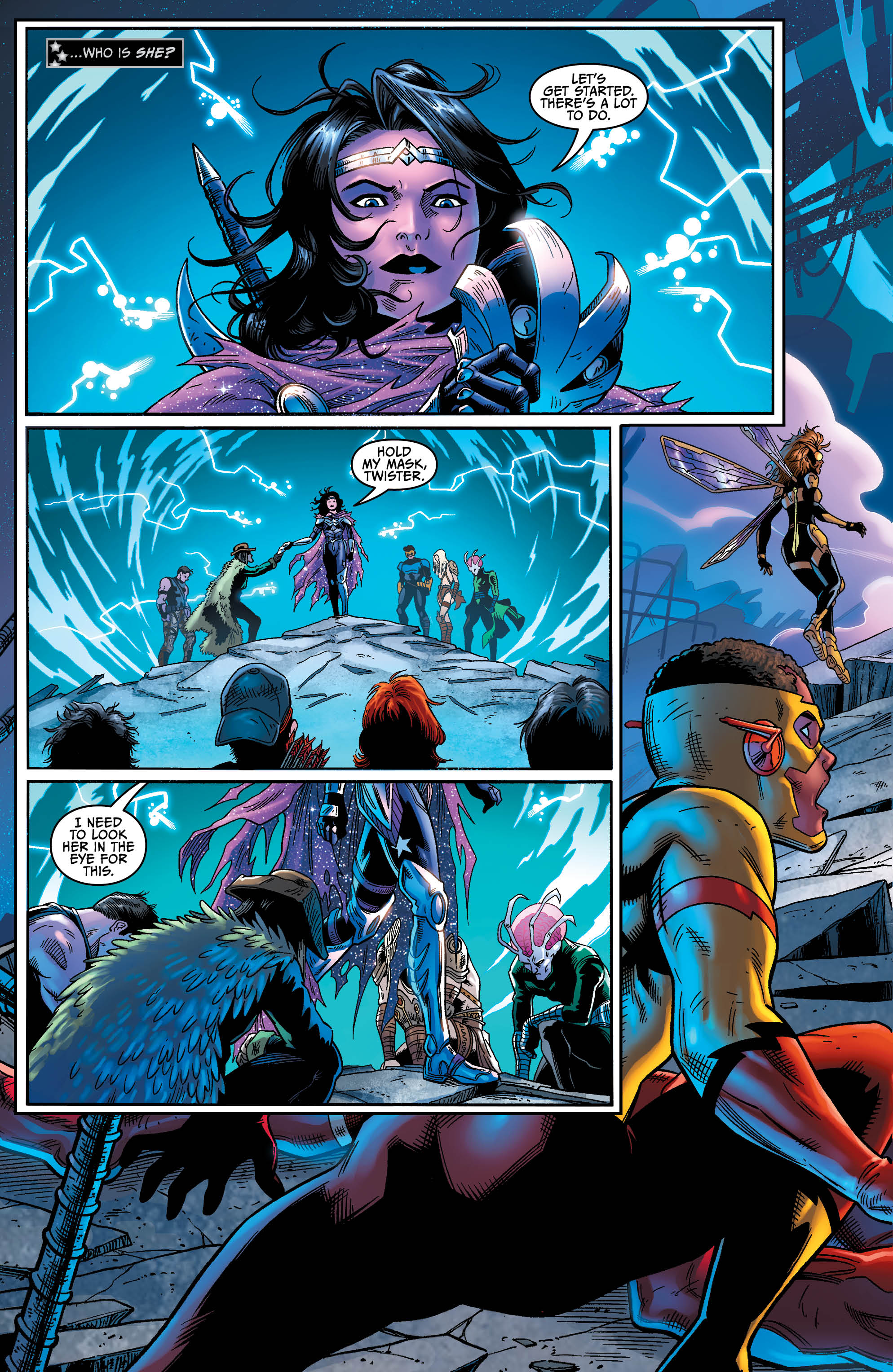 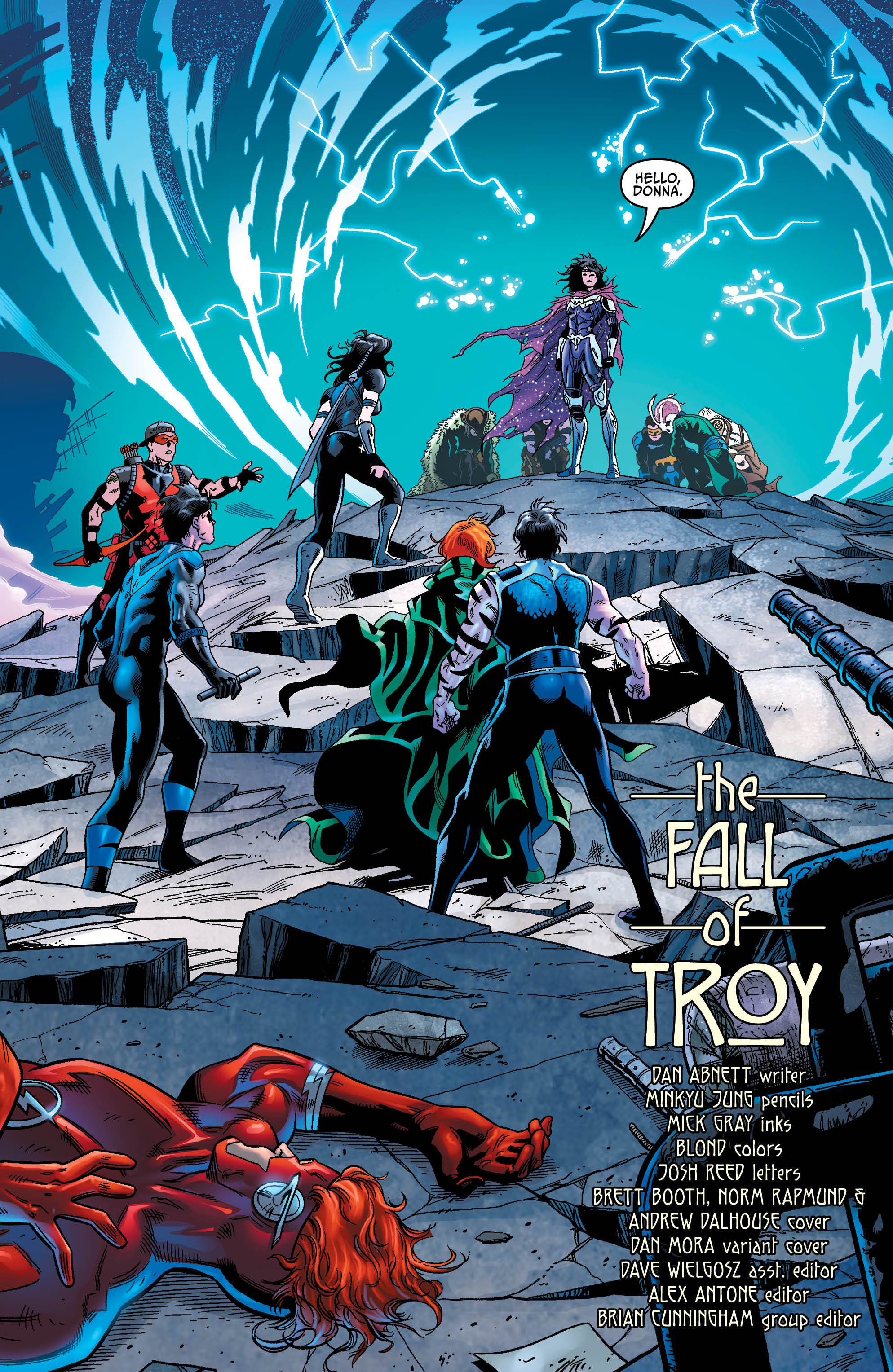 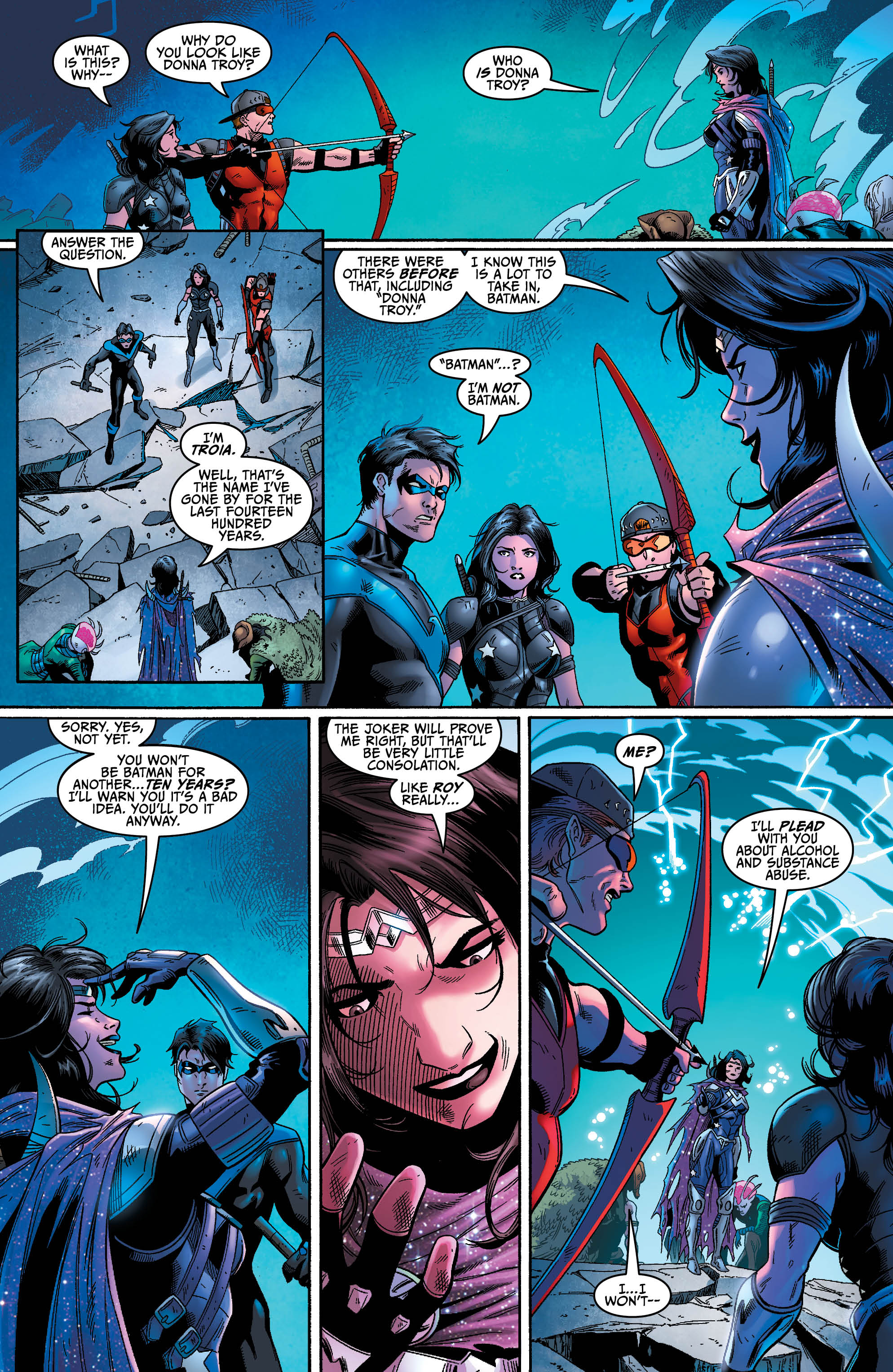 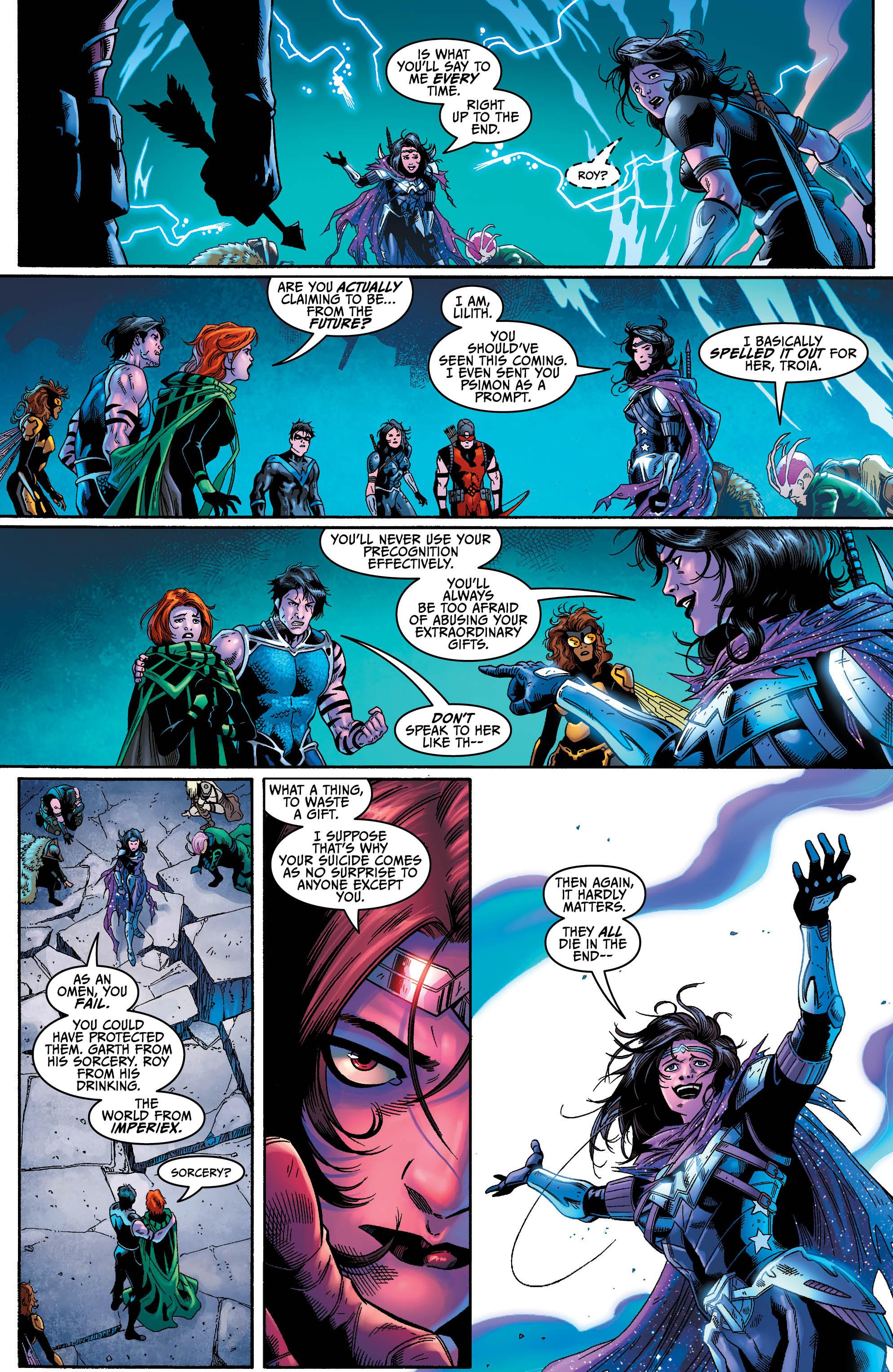 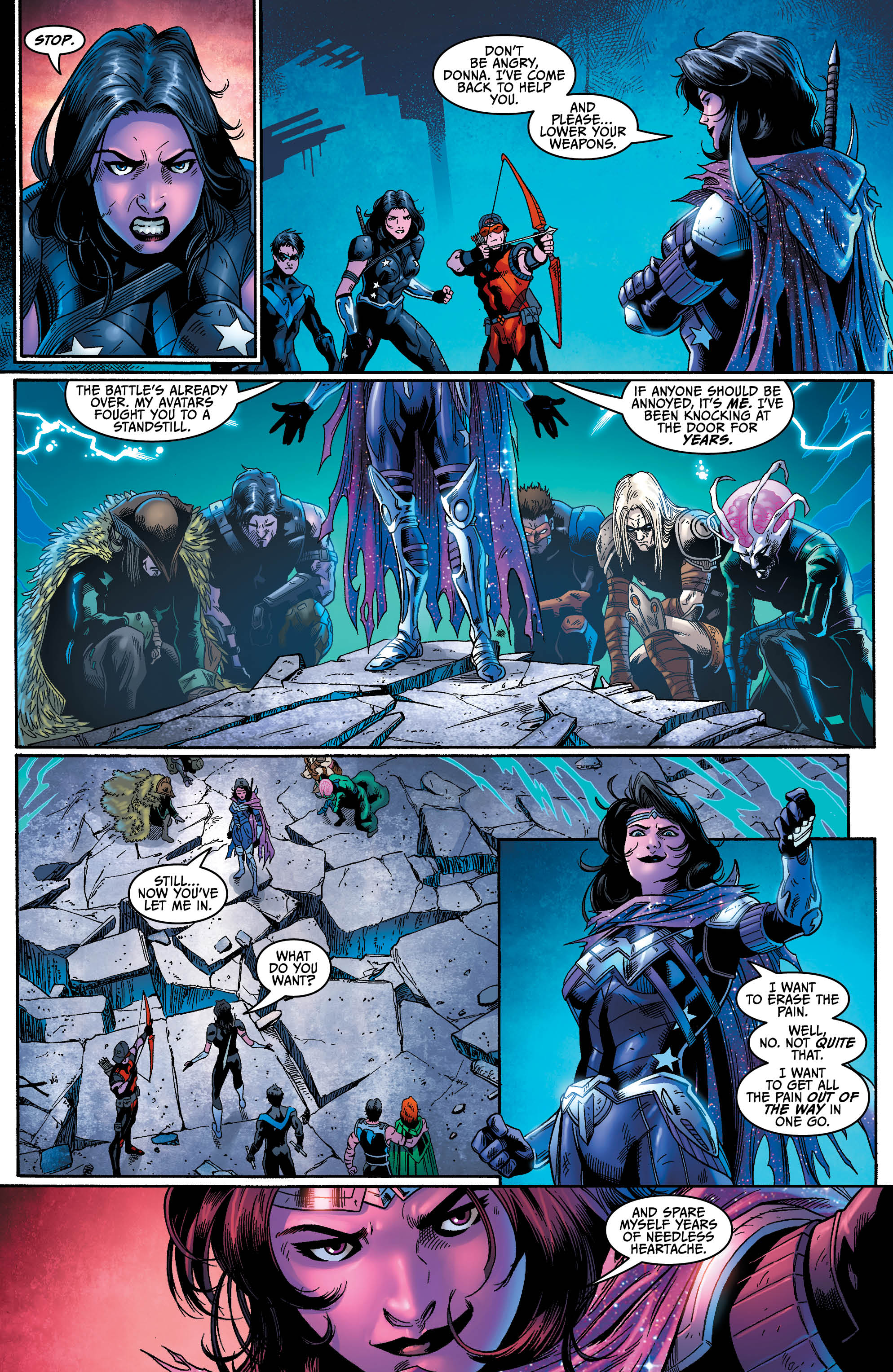 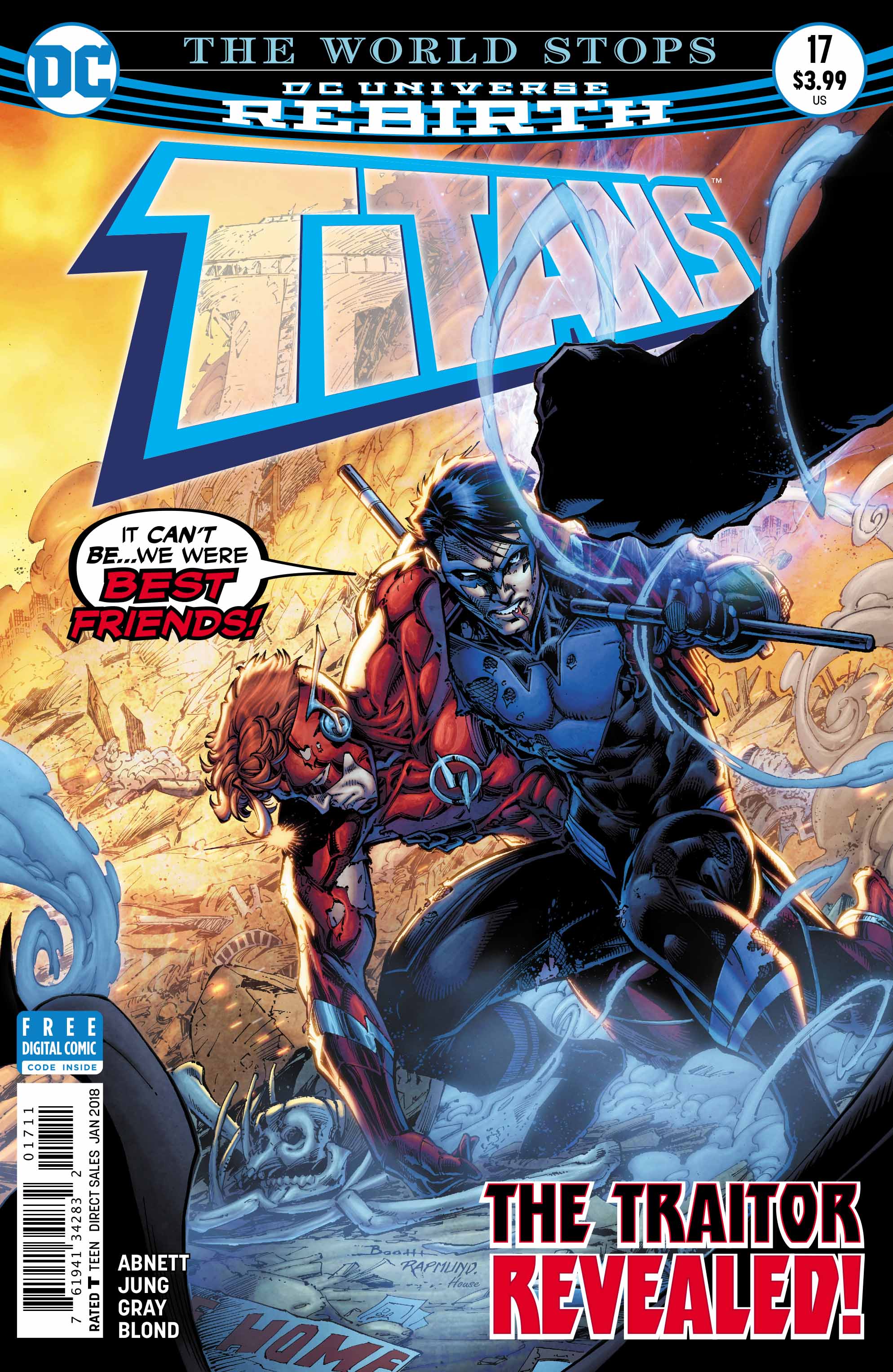 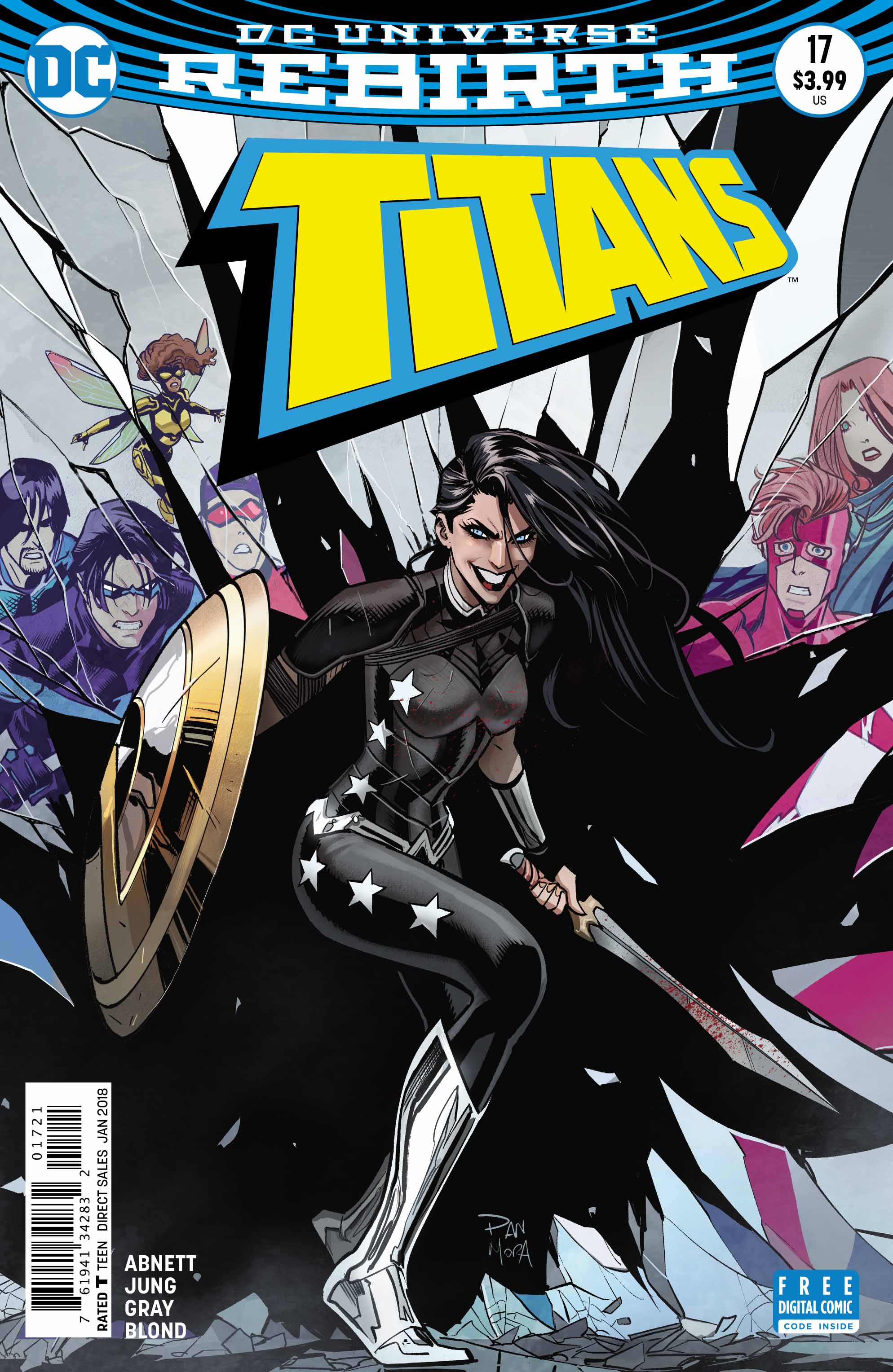 Historically, Donna Troy and identity crisis are synonymous in the DCU. “Who is Donna Troy?,” has been a recurring theme since the Wolfman and Perez classic, The New Teen Titans #38 (1984). The authors continue the storyline in New Titans #50-54 (1988-89) with the similarly titled, “Who is Wonder Girl?” This quest for identity has made her a perfect addition to the Titans roster as she personifies the teenaged angst of limited self-awareness juxtaposed against nearly unlimited power.

However, Titans #17 pushes the envelope a bit more. Here, Abnett asks the classic question, “Is love worth the pain of loss?” The theme time and again explored in the literature involving mortals and demi-gods has renewed feeling with these characters. In Titans #17, the revelation of Troia along with the knowledge of the imminent deaths of her closest companions causes her to question everything she thought she knew – her life, her friendships, and her purpose.

The art in the issue is pleasing. While Titans #17 boasts little by way of action, the art moves the eye cinematically through the pages nonetheless. Mixtures of panels that depict characters in close-ups and the reactions of the group at a distance add emotional depth to the writing. The panels do well to support the dialogue and pace the issue well.

Titans #17 is a riveting issue revealing Troia – a future version of Donna Troy – as the Titans’ primary foe. Troia has embraced her purpose as a weapon and urges Donna to quickly do the same. Rather than sugar-coating the situation, Troia embraces the pain, citing it is much easier than watching her friends suffer and delaying her purpose in the long run – an enticing offer to the young Donna Troy. This exploration of what it means to be human makes Titans #17 a tantalizing read. The art is beautiful and the dialogue is poignant and compelling. This was a thoroughly enjoyable issue in the Titans series. I am excited for the cliff-hangers to be resolved in subsequent issues.