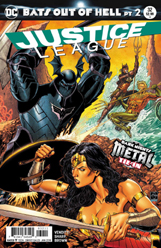 Following the events of METAL #3 and The Flash #33, the Justice League find themselves scattered around the world, each facing off against on of the Dark Knights of the Multiverse.

I haven’t been reading METAL, not due to a lack of interest, the story itself sounds amazing, but I knew I was going to be reviewing this book. I wanted to rate this as an issue of Justice League, not as a part of the METAL event.

The framing device of Cyborg talking about being a part of a team and what it means to him works perfectly. It is a fantastic way to get the reader into the story. I feel this book can be enjoyed on both levels, as someone who is into METAL and someone, like me, who just picked up their monthly issue of Justice League.

Considering that I am jumping into the middle of a story that I haven’t been reading, Robert Venditti has done an amazing job. I was surprised by how much I enjoyed this issue. The story is fun to read, I knew that I was coming in part way through a larger story but it never felt like I was totally out of the loop.

Venditti gives center stage to The Flash, Aquaman and Wonder Woman but it is the latter that truly shines in this issue. I found the battle between her and the Ares Dark Knight to be one of the best Justice League moments I have read since I began reviewing both JL titles for Dark Knight News. Actually, it is one of my favorites since the start of the Rebirth run! The Ares Dark Knight’s use of the penny that we have seen sitting in our Batman’s cave for years was total genius and the odds Diana is about to face make me want to know “What happens next?”

The Red Death Batman / Flash stuff was my least favorite. The idea of manipulating the fake sand into a fleet of cars was honestly, a little lame. It felt a bit like a Matchbox tie-in.

I really wanted to see more of the Green Lantern stuff. Seriously. Hal has been missing from the pages of Justice League for a while now and to give him just a couple of pages towards the back end was a little unsatisfying. Why was his oath useless in the Dark Knight Lantern’s Batcave? I wanted to see a battle of wills between these two so badly!

A tie in should bring readers of that book into the main title and vice versa. It succeeded in that regard. I was going to binge the rest of Stranger Things tonight, however now I am going to head down to my comic shop to pick up Metal #1-3 instead.

Liam Sharp, as always, delivers first class artwork. This is the guy who has been in the comic book industry for years and it shows. Every character has a moment and Sharp’s pencils work with every one of them. From the underwater scenes with Aquaman to the scenes with Flash struggling with the sand every panel on every page is fantastic. His artwork gave this issue the sense of urgency and dread that it really needed. 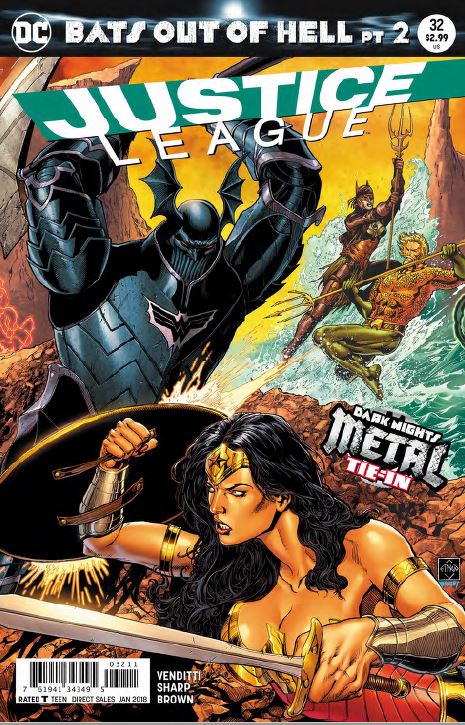 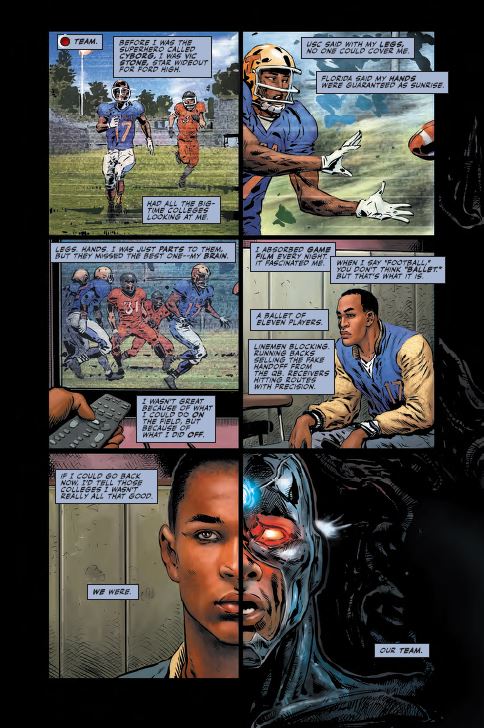 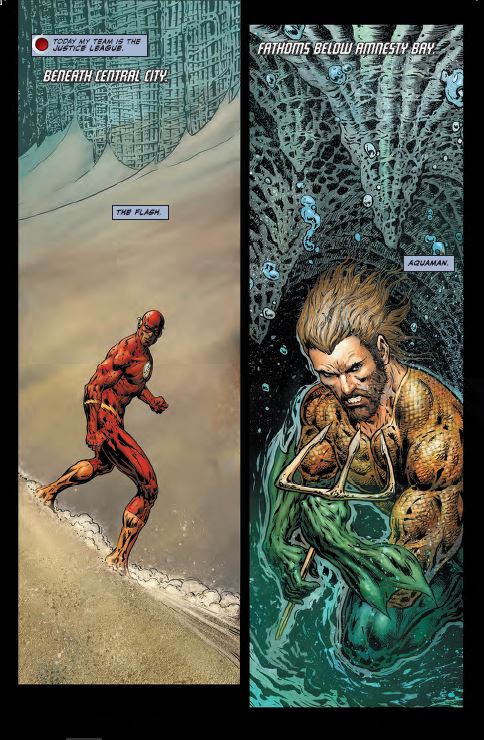 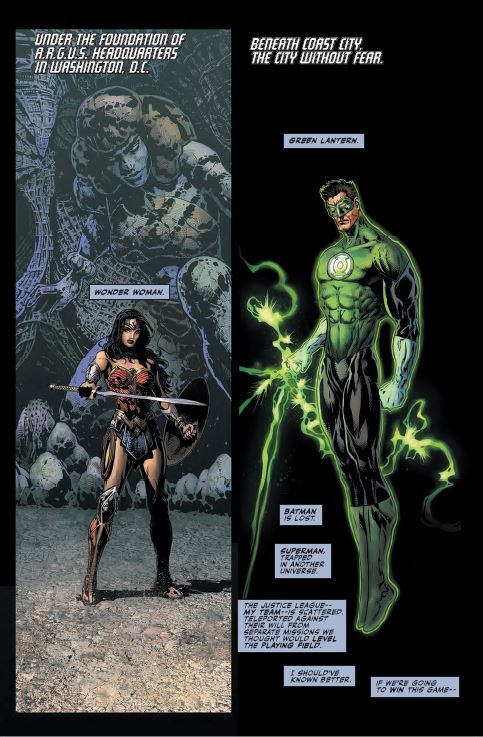 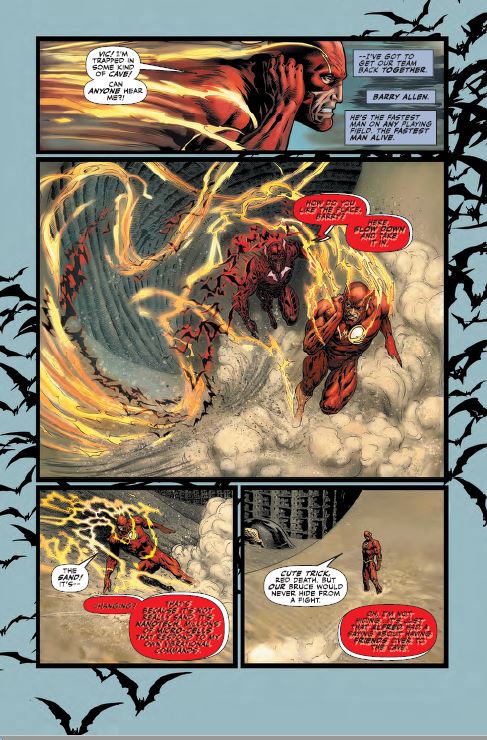 The surprising thing however is that DC have chosen this story for the month Justice League hits cinemas.

I’m not sure if this story is going to pull in new readers. Although I am not reading METAL, I have been reading comics for more than 30 years. I am familiar with concepts such as the Multiverse. However, a first time reader might get totally lost. It is very surprising that this story is a lead-in for people who may be ‘comic-book curious’ after seeing the new movie.

This was simply a great issue. The writing was solid and the artwork was first class.

Often tie-ins and crossovers can suffer if you aren’t reading the main title, however this one actually got me excited about METAL. That is not something I was expecting. As a result, I will be picking up the main METAL books and a few of the tie-ins as well.

For the first time in a long time, I had fun reading a Justice League book.

(If you are reading METAL, make sure you check out Kevin Gallagher’s reviews of the series here)