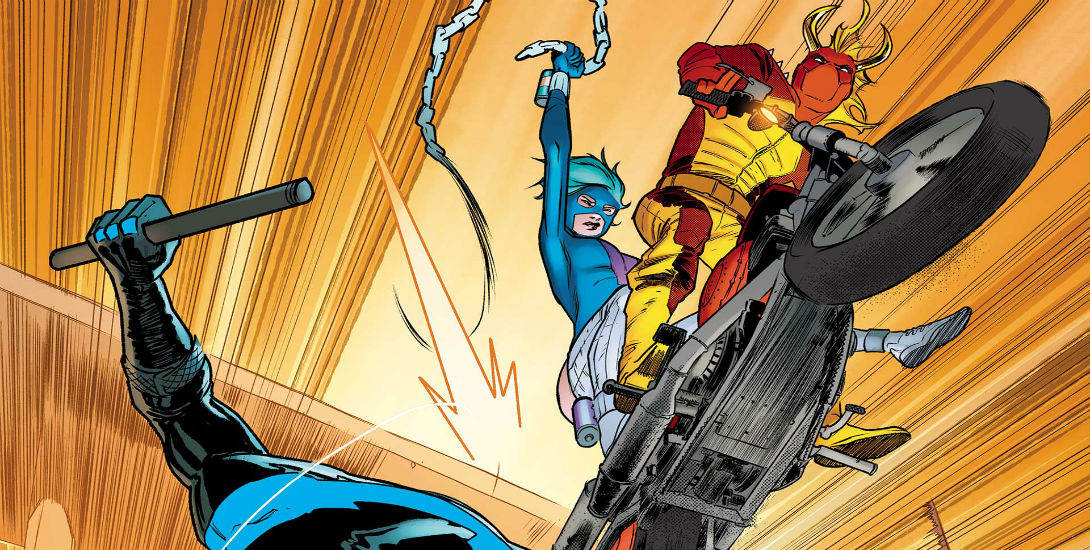 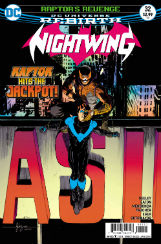 Wow. This comic caught me off guard…. of how good this arc can be! I had to admit, after reading the last two issues, I found the “Raptor’s Revenge” story arc to be disappointingly underwhelming. My expectations for this arc gradually declined as I continued reading it. This mainly stems from my frustration that the previous issues did barely anything to explain the severity of Raptor’s presence in Bludhaven. Sure, he is certainly a formidably dangerous assassin and thus poses a threat to Bludhaven’s citizens. But, to be honest, those aforementioned traits are the only things the comic works off. While the arc is titled “Raptor’s Revenge,” the comic never provides any context to what his revenge actually is. Ultimately, Raptor came off as boring, underdeveloped and as such the stakes felt contrived.

Finally, after two 21-page issues, we are provided some much-needed context to Raptor’s motivations, while also expanding upon his character. It turns out, Raptor’s connection to Nightwing is far deeper than a- complicated- former mentor and student relationship.

Dating way back to Nightwing’s career as a circus performer, even before he became the first Robin, Raptor had a special- relationship if you will- to Nightwing’s mother, Mary Lloyd Grayson. Before he became the notorious assassin today, Raptor looked after Mary at Haley’s Circus. The same circus Nightwing and his family worked at as acrobats. It is further unveiled that Raptor was Marie’s friend, and also her self-proclaimed guardian. Raptor viewed Mary as his ‘angel’. Even as a wanted man, he would still do his best to protect her.

Whilst hiding in the shadows, Raptor would care for Mary. Even steal medication to treat her leprosy. Although Mary was with Nightwing’s father, it didn’t stop him from being with her throughout her life.

Yes, like Bruce Wayne and Dick Grayson, Raptor was there that dreadful day when John and Mary Grayson died at the hands of mobster Tony Zucco. 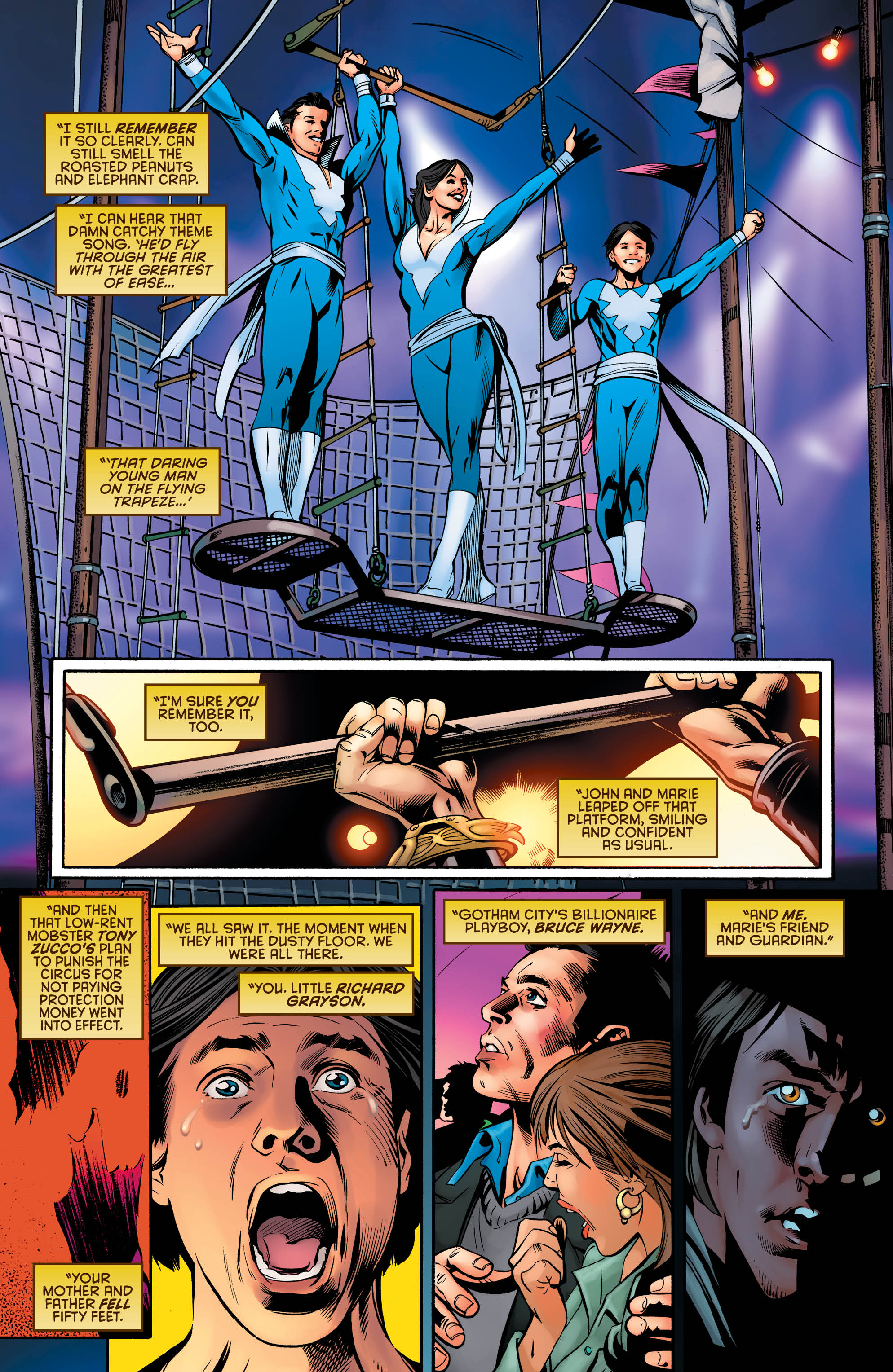 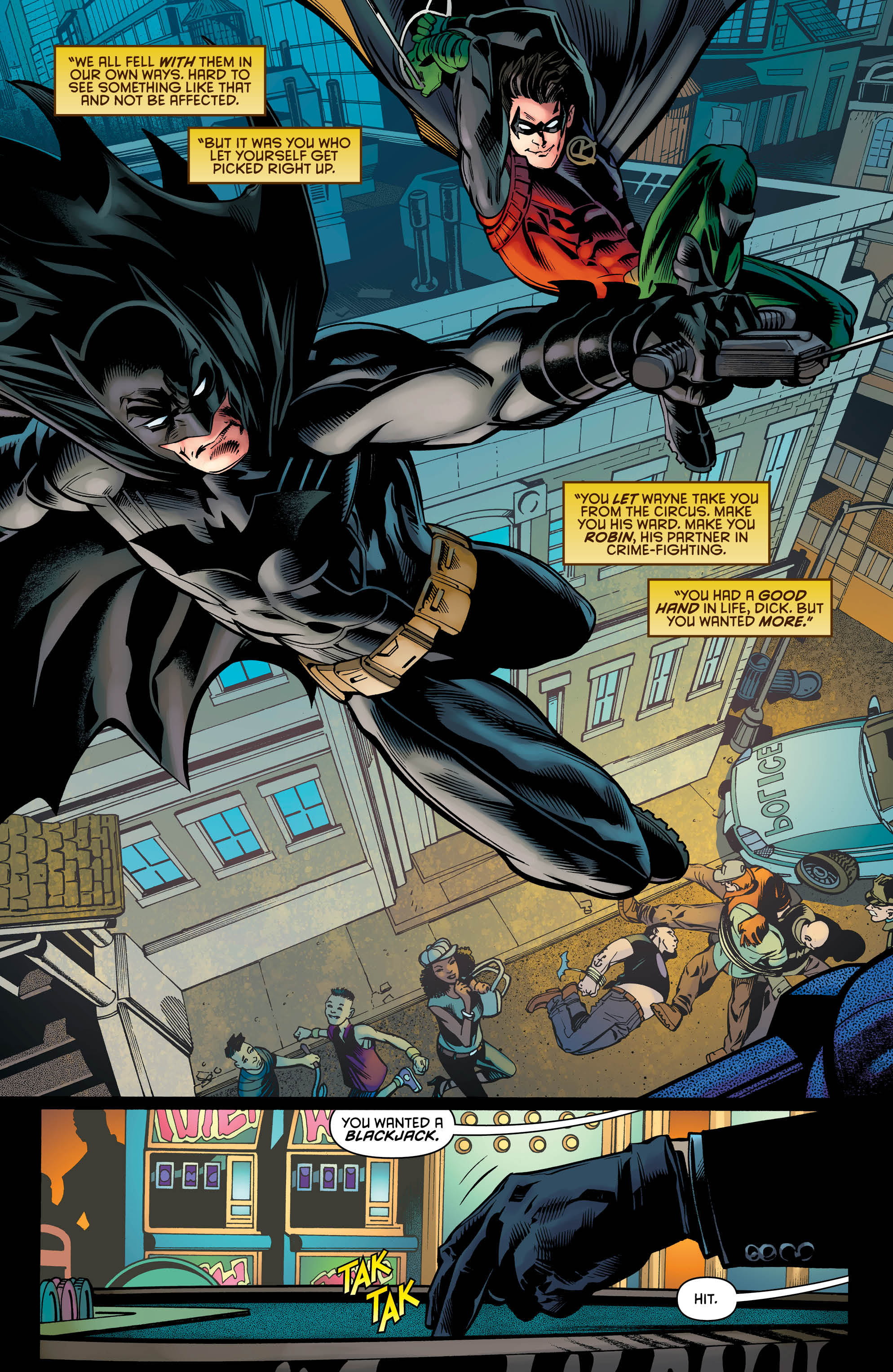 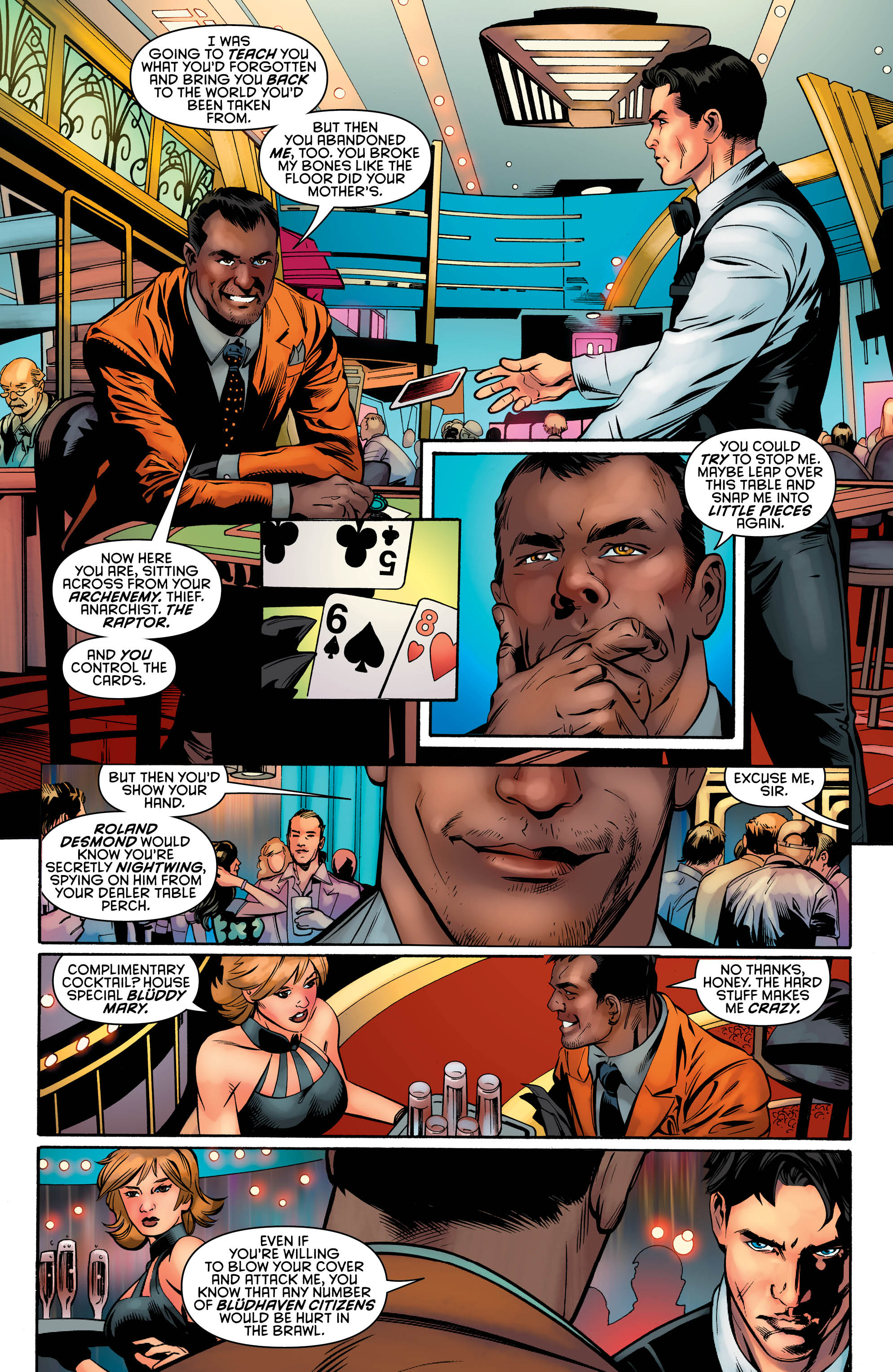 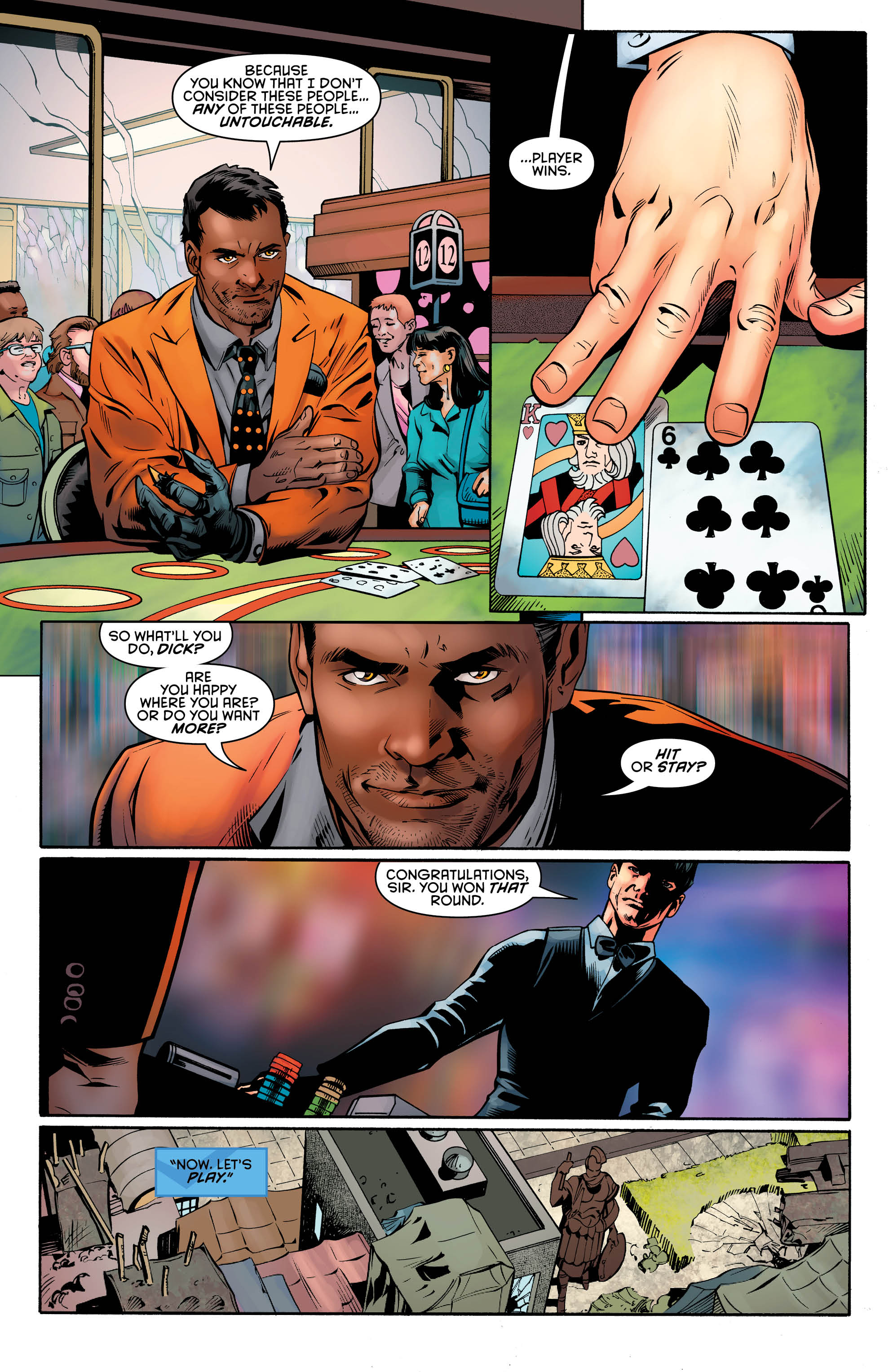 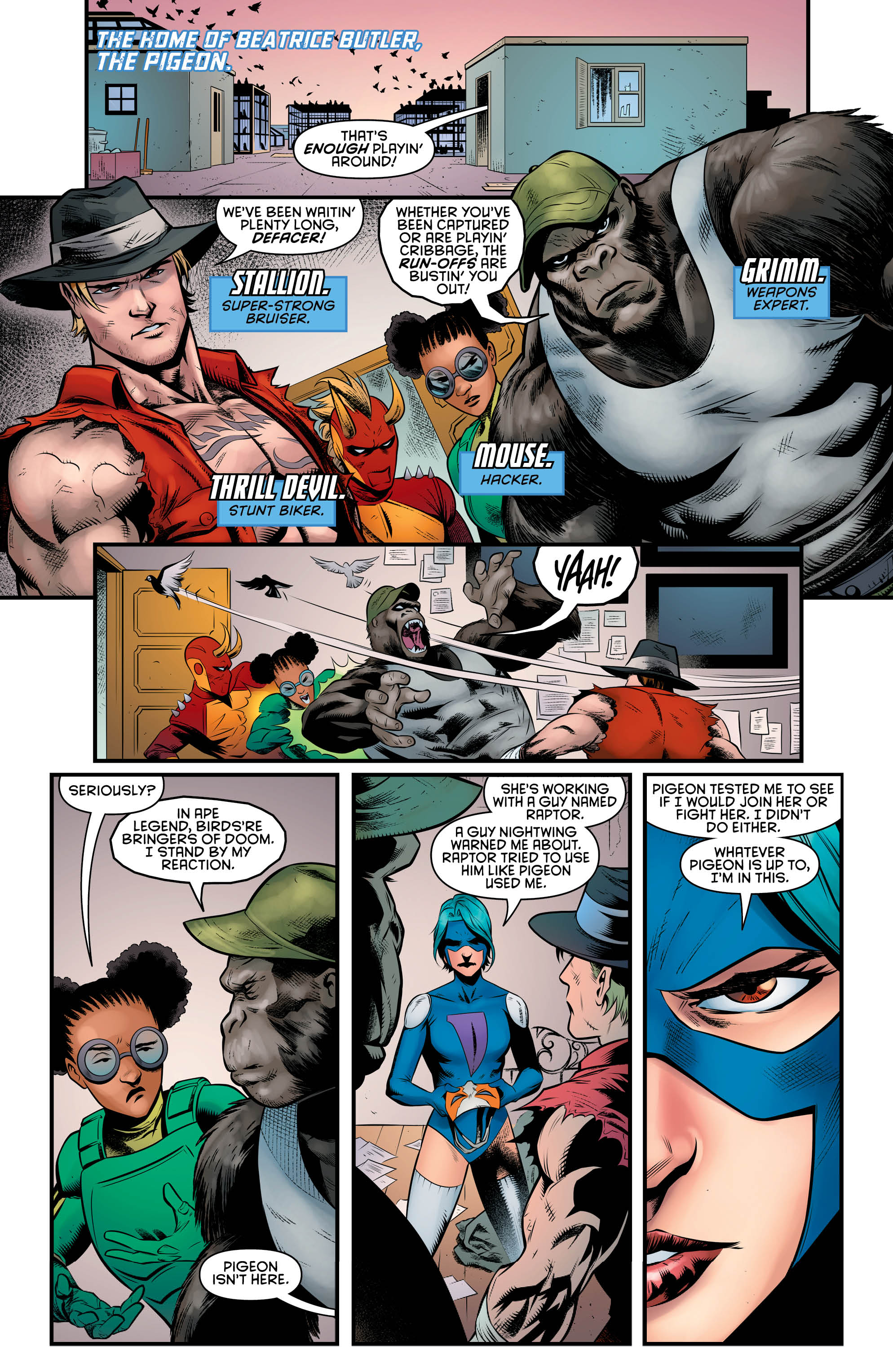 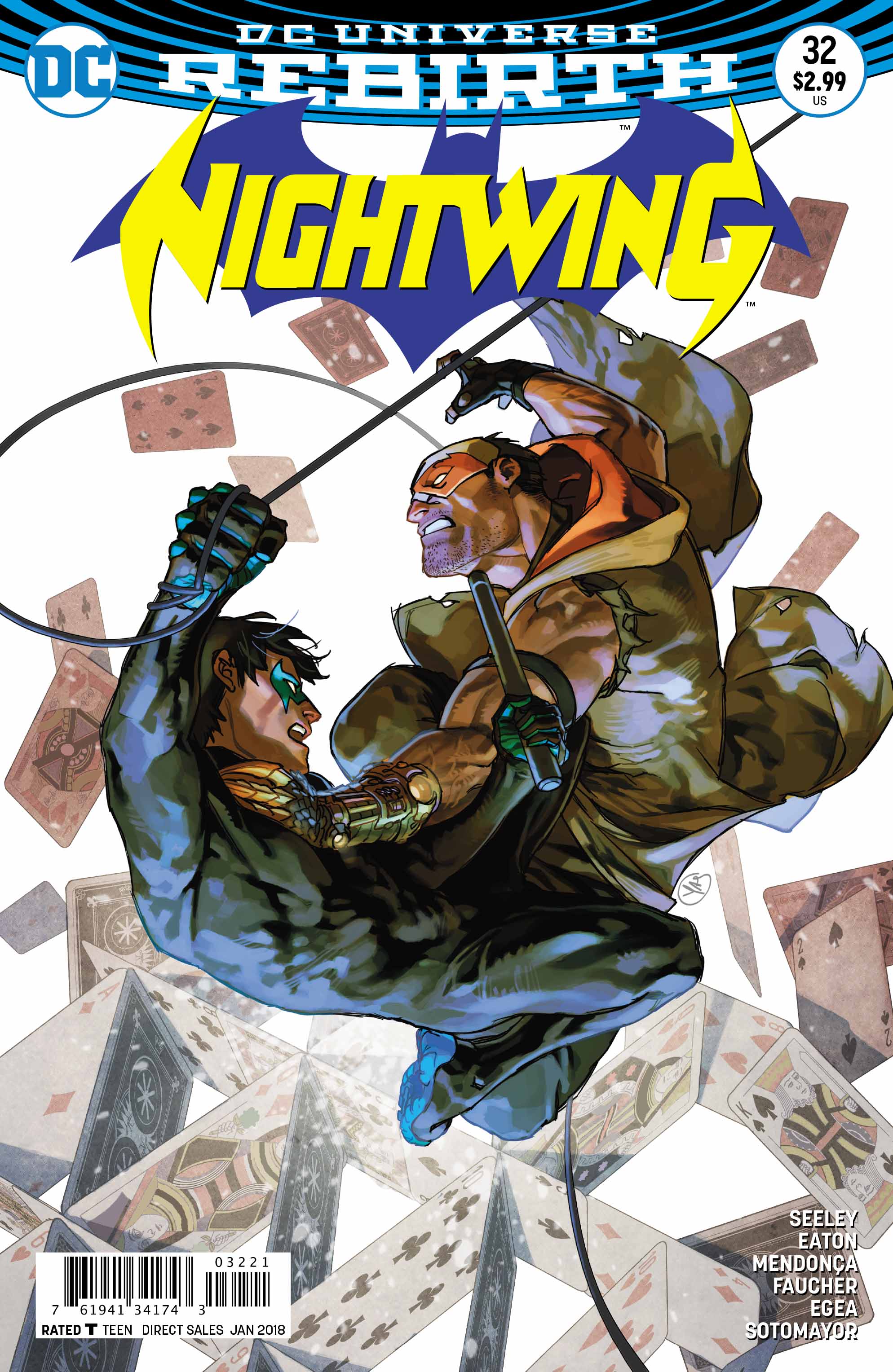 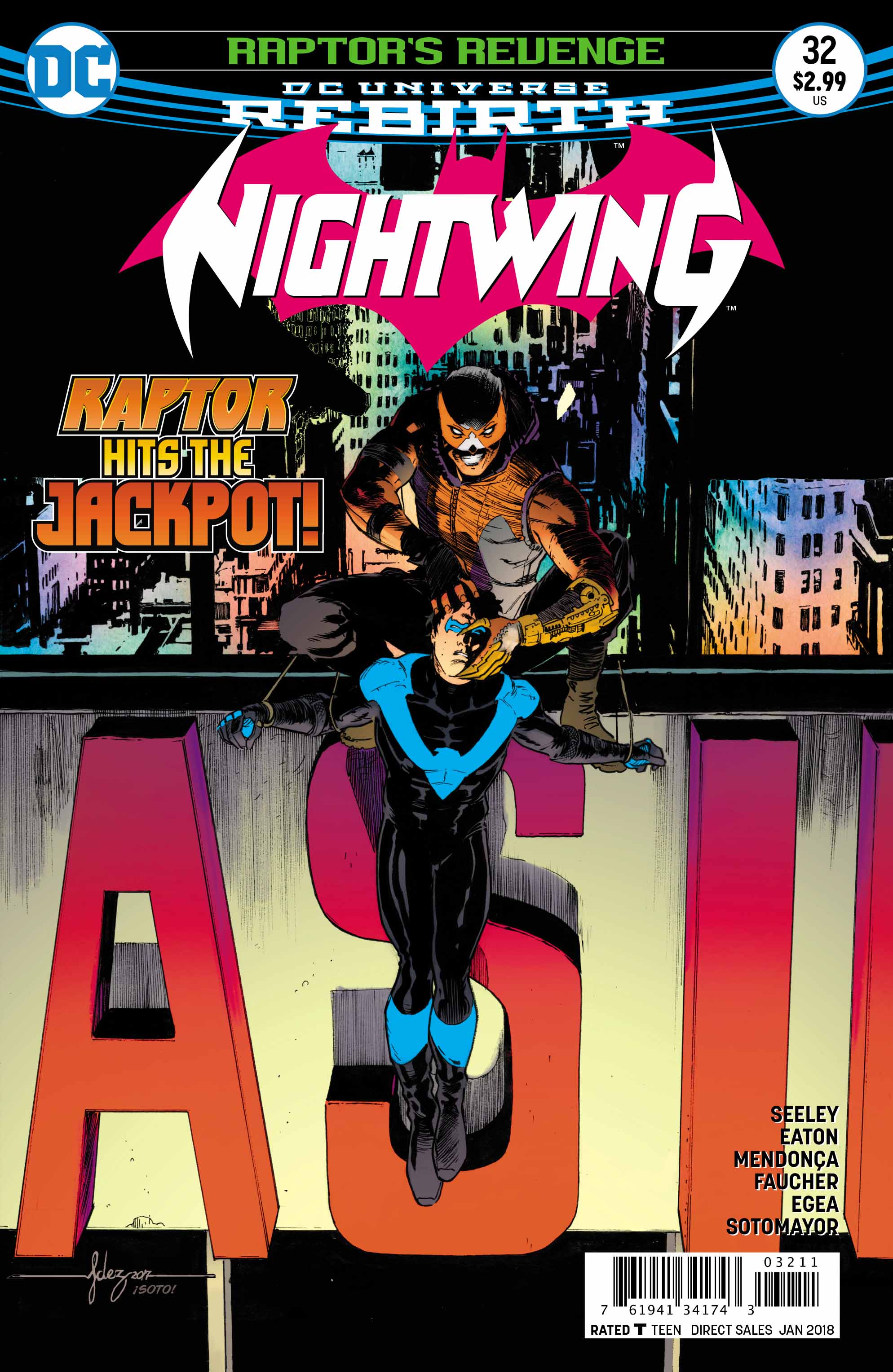 I found the story to be the strongest element in Nightwing #32. The story has improved immensely since the previous two issues. While I still definitely enjoyed Tim Seeley’s writing and dialogue, I just found the plot was lacking direction and the stakes weren’t that dire. But wow, what a comeback! Once I bypassed the tremendous amount of exposition prevalent throughout the comic, I found myself becoming emotionally invested in the story.

Tim Seeley has proven himself with each consecutive issue that he knows how to realise the heart of the titular hero. But, in this issue, he has truly knocked it out of the park. Nightwing #32 tells the most personal and character faithful story yet.

The dialogue between Raptor and Nightwing was some of the best parts in the entire comic. It was so gripping reading these characters psycho-analyse each other. I also loved how the comic would occasionally flashback to Nightwing’s time as an acrobat with him narrating them. It just gave these flashback sections a personalised feeling to them.  In the end, I loved the story so much that I actually didn’t mind the lack of action.

I commend Tim Seeley for prioritising capturing the heart of these characters over awe-inspiring action. To focus on the person underneath the mask. This admittedly felt more like a Dick Grayson story rather than a Nightwing story. What’s better is that Raptor is now a three-dimensional character! You finally understand how his true connection to Nightwing and past affiliation with Mary Grayson shaped his motivations today.

At first glance, the artwork seemed relatively unchanged from the previous two issues, which certainly isn’t a bad thing, since I’ve always adored the artwork. However, I have to give high props to pencillers Scot Eaton and Miguel Mendonca for the stunning attention to detail etched onto the characters’ faces. A large of portion of panels feature close-ups of characters’ faces, and thus you can see the amount of work the penciller duo put into the artwork. From Raptor’s growing facial hair to the wonderfully believable facial expressions. The emotions resonating off the characters’ faces look amazingly believable and genuine.

The shock and horror on the faces of Bruce Wayne, Dick Grayson and Raptor witnessing the deaths of John and Mary Grayson.

The heartbreaking tears on Dick Grayson and Raptor’s faces from the realisation they’ve lost a loved one.

The “Raptor’s Revenge” arc made a glorious comeback with Nightwing #32; delivering a balanced mix of wonderful artwork, believable character expressions, fantastic writing and a now engaging antagonist. The thoughtful depiction of Nightwing and Raptor more than make up for the lack of action. I appreciated Nightwing #32 for making the bold move to emphasise character over action.