Whether you loved Batman v Superman: Dawn of Justice or were indifferent about it; a few things were looked at positively with most people. Both Ben Affleck’s and Gal Gadot’s performance as Bruce Wayne / Batman and Diana / Wonder Woman were praised. Then, there was Bruce’s dream sequence that had people curious from when trailers showed it. One of the standout moments from that sequence was Batman’s costume; it stood out enough to be dubbed “Knightmare Batman.” 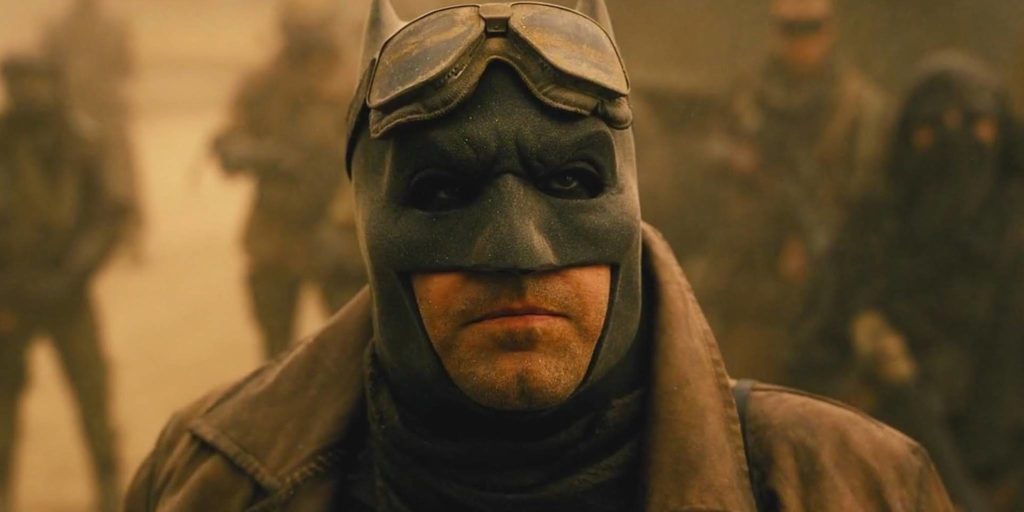 There has been plenty of references to this costume outside of the film; from toys and collectibles to cosplay and fan art. As far as the comics though, the costume never existed and wasn’t canonical to the DC Universe. That all changed with Batman #33 when writer Tom King and artist Joëlle Jones brought their story to the desert. Taking a trip with Catwoman to the Middle East, we see that both Bruce and Selina are dressed for the occasion. Both are instantly recognizable as their vigilante alter egos, but they are also dressed with attire for the hot, dry environment. If you’ve seen BvS, then Batman’s attire was very familiar—it’s the same costume he wore in the dream sequence. 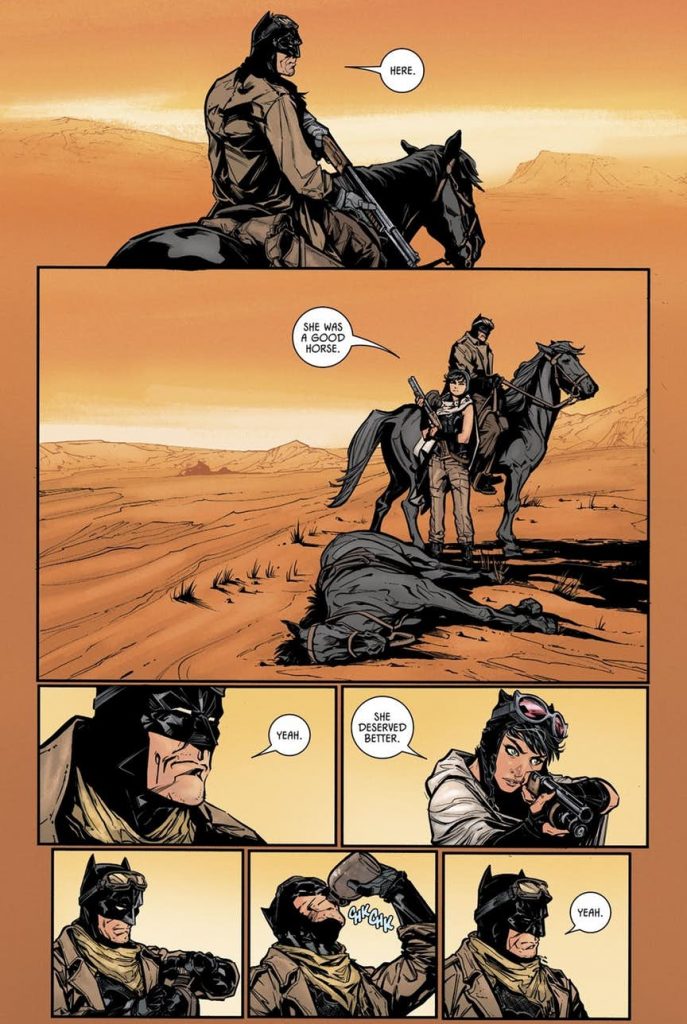 Although we’ve seen this costume in several iterations, and even in previews for Batman #33, it’s nice to see it officially canonized in the comics. Typically, we see adaptations borrow from the source material and not the other way around. They may tie-in with special covers, or even one-shots, but it’s not often that the comics borrow from adaptations. As we see more and more work with these characters done outside of print, I’d expect to see more things like Harley Quinn and the “Knightmare” costume make the jump from adaptation to comics.