“The Secret History Of Task Force X,” Part One 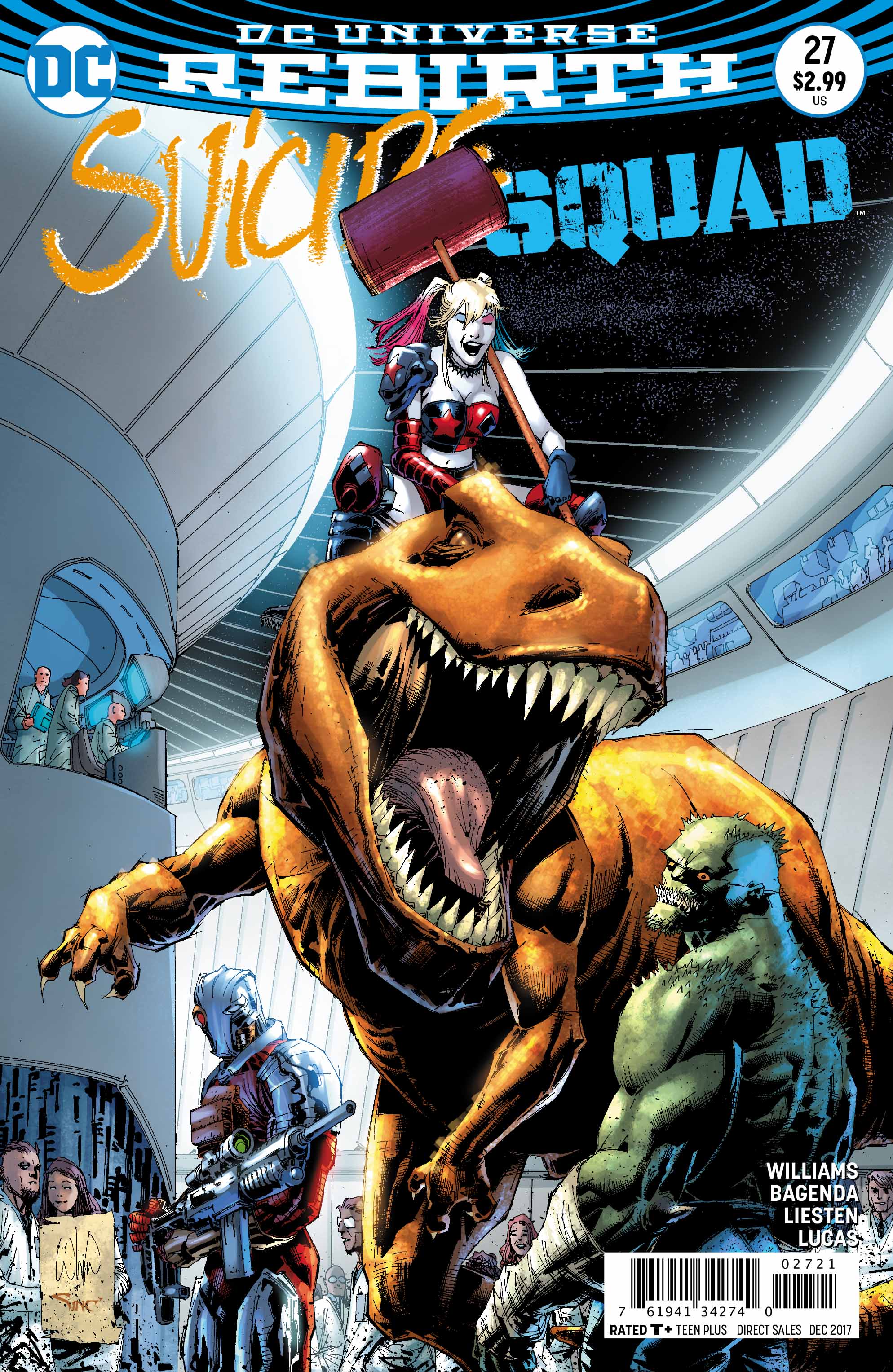 The second year of DC’s Rebirth is here, and so far it’s been a blast. Suicide Squad supremo Rob Williams kicks off a new story arc, “The Secret History Of Task Force X” with style.

The ultimate team of misfits has certainly been through the wringer in the past 12 months. Alien invasions, possession, terrorism, alongside the tragic deaths of Hack and Rick Flagg Jr.

We start this issue with Amanda Waller assessing the damage caused during the “Earthlings On Fire” storyline and naming the Squad’s new team leader. The rest of gang are in their cells, awaiting their next assignment. The wait is a short one. Poor old captain Boomerang is in the middle of having a ponder on the porcelain, when a robot drone attacks Belle-Reve.

Writer Rob Williams really is the glue keeping this title together. He writes each individual as just that, and navigates the choppy waters between humor and horror, tenderness and terror, the dangerous and the domestic admirably. This issue is no different. I only picked this series up a dozen issues in, but the strength of the writing got me to buy the trade paperbacks, and keeps me coming back. Yep… I’m a Rob Williams fan. 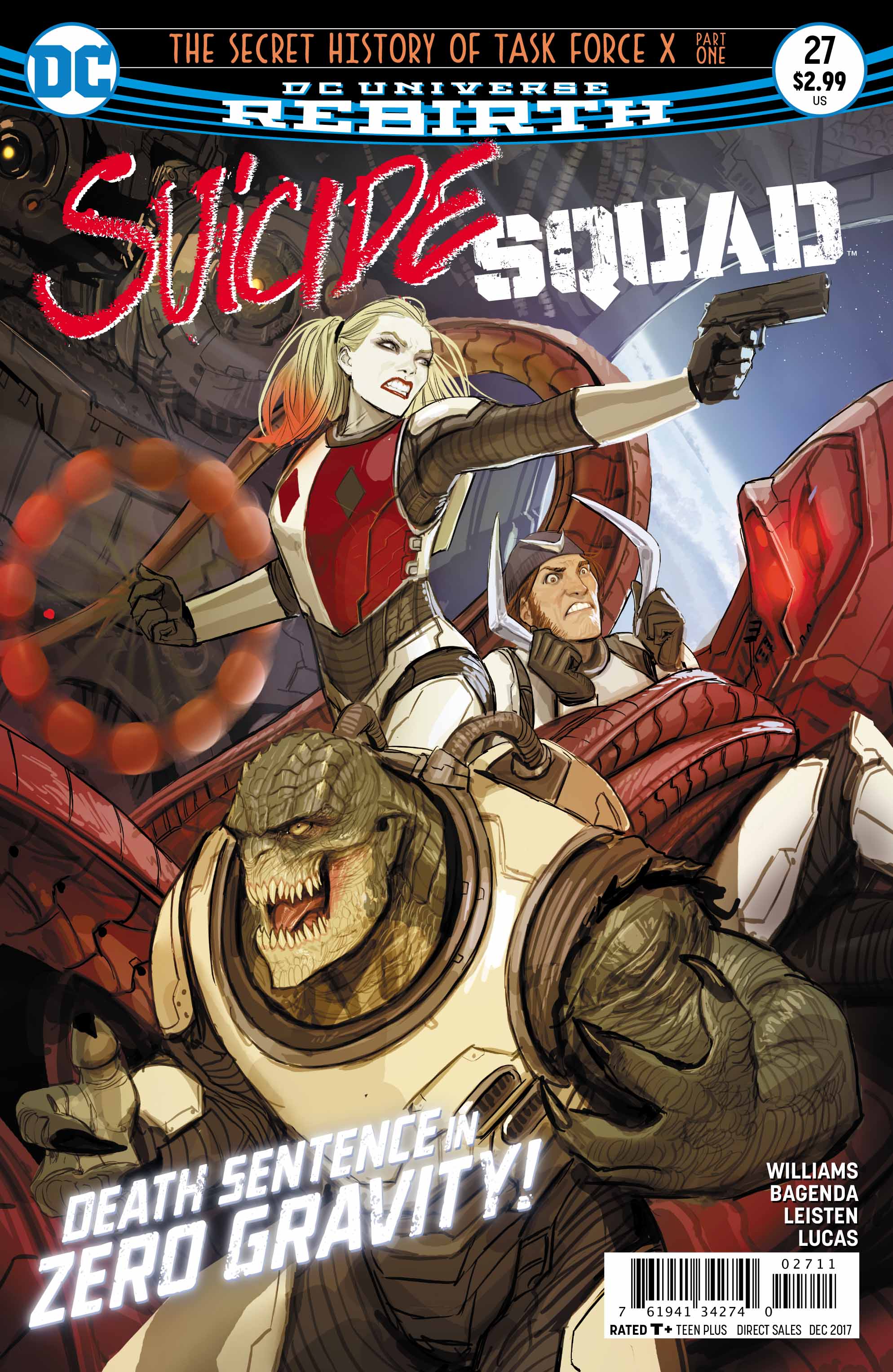 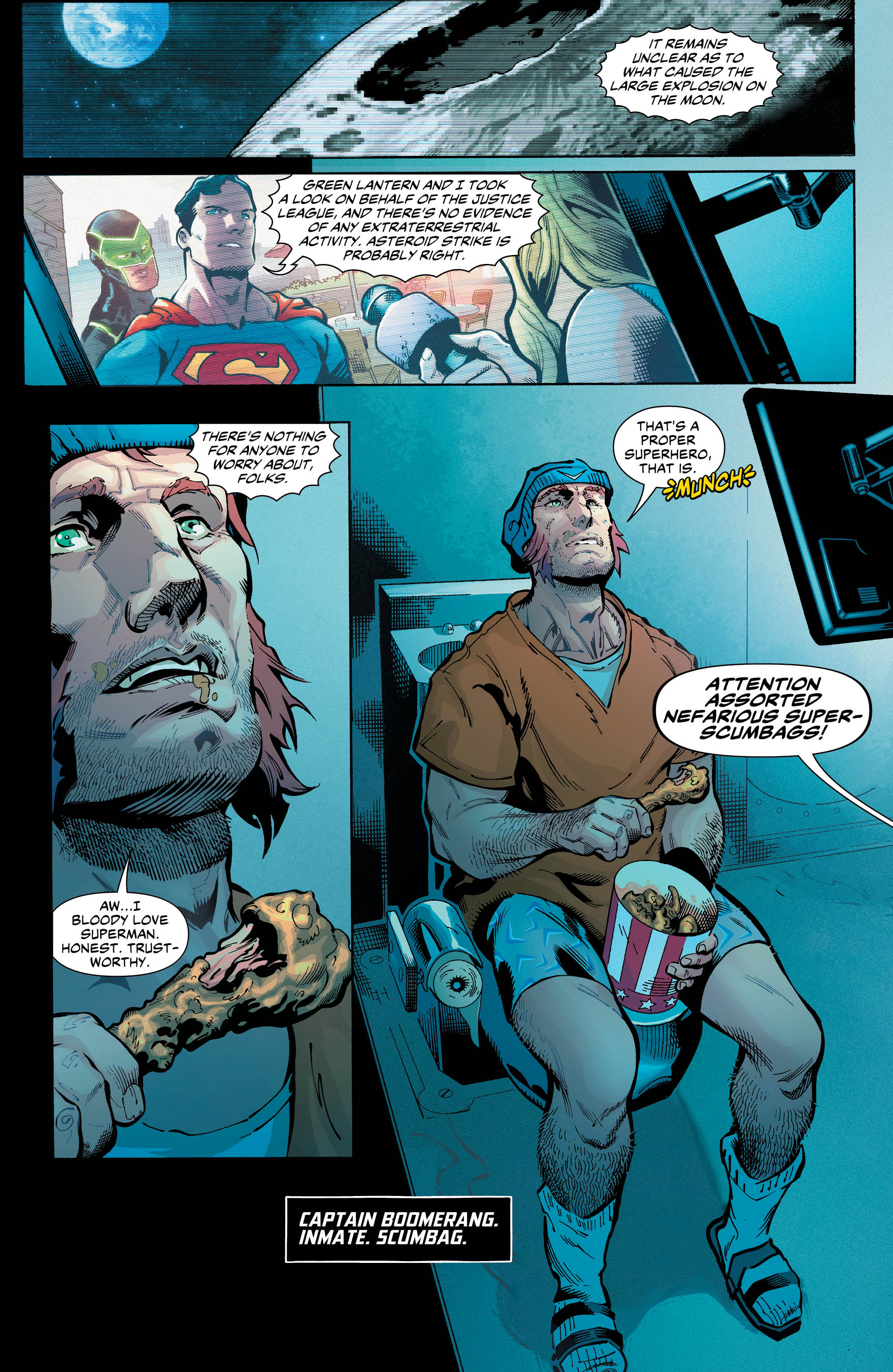 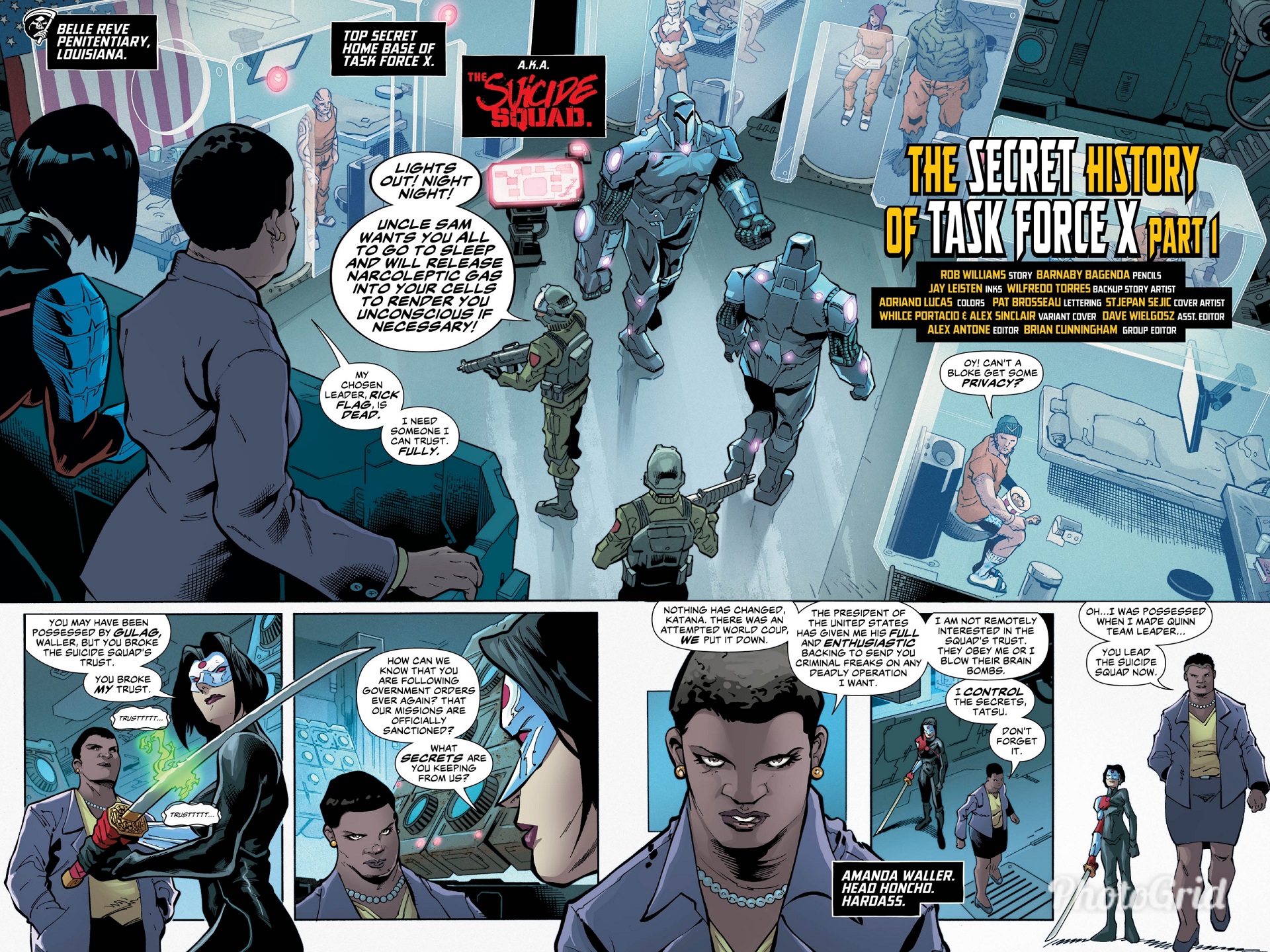 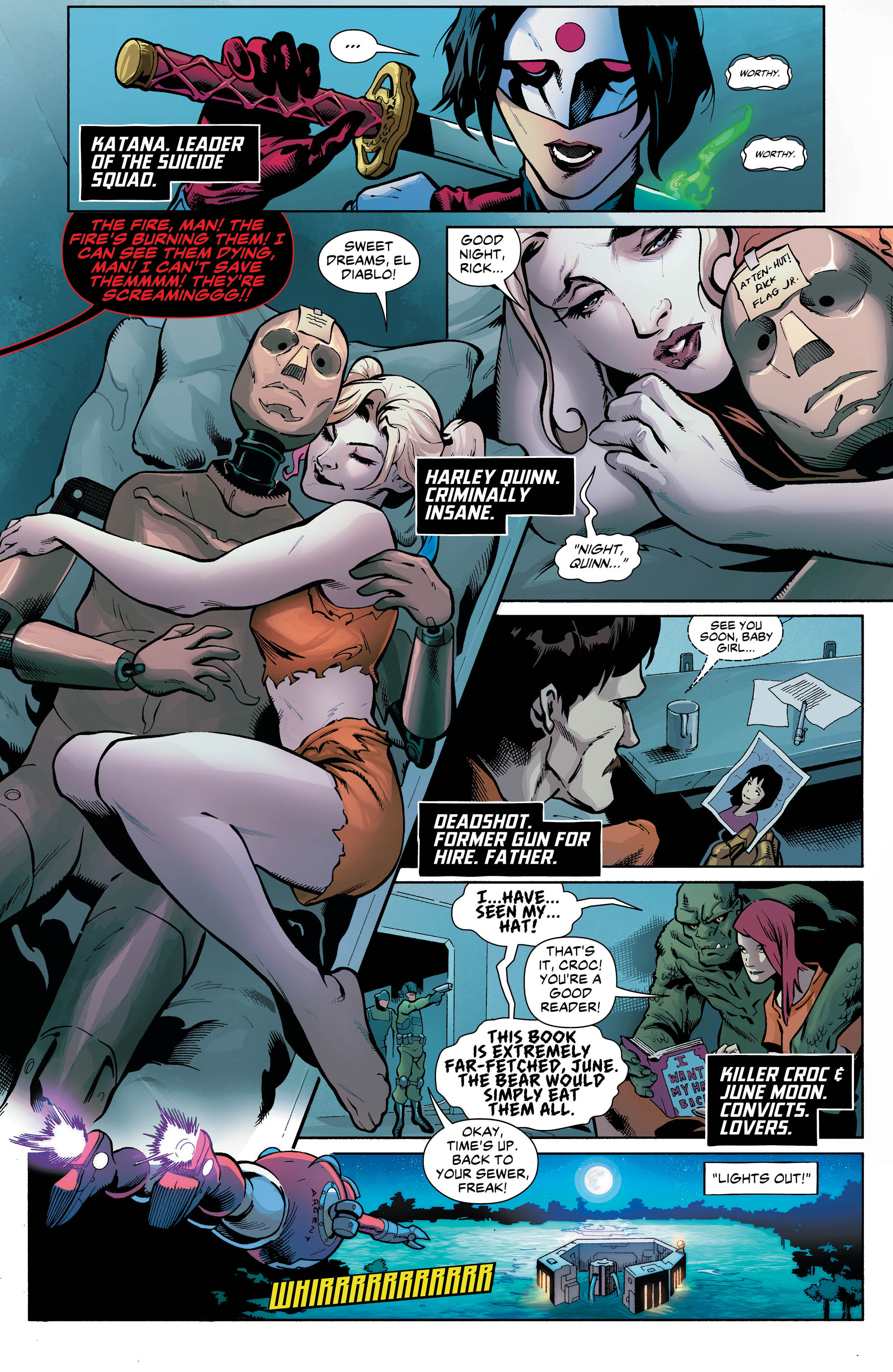 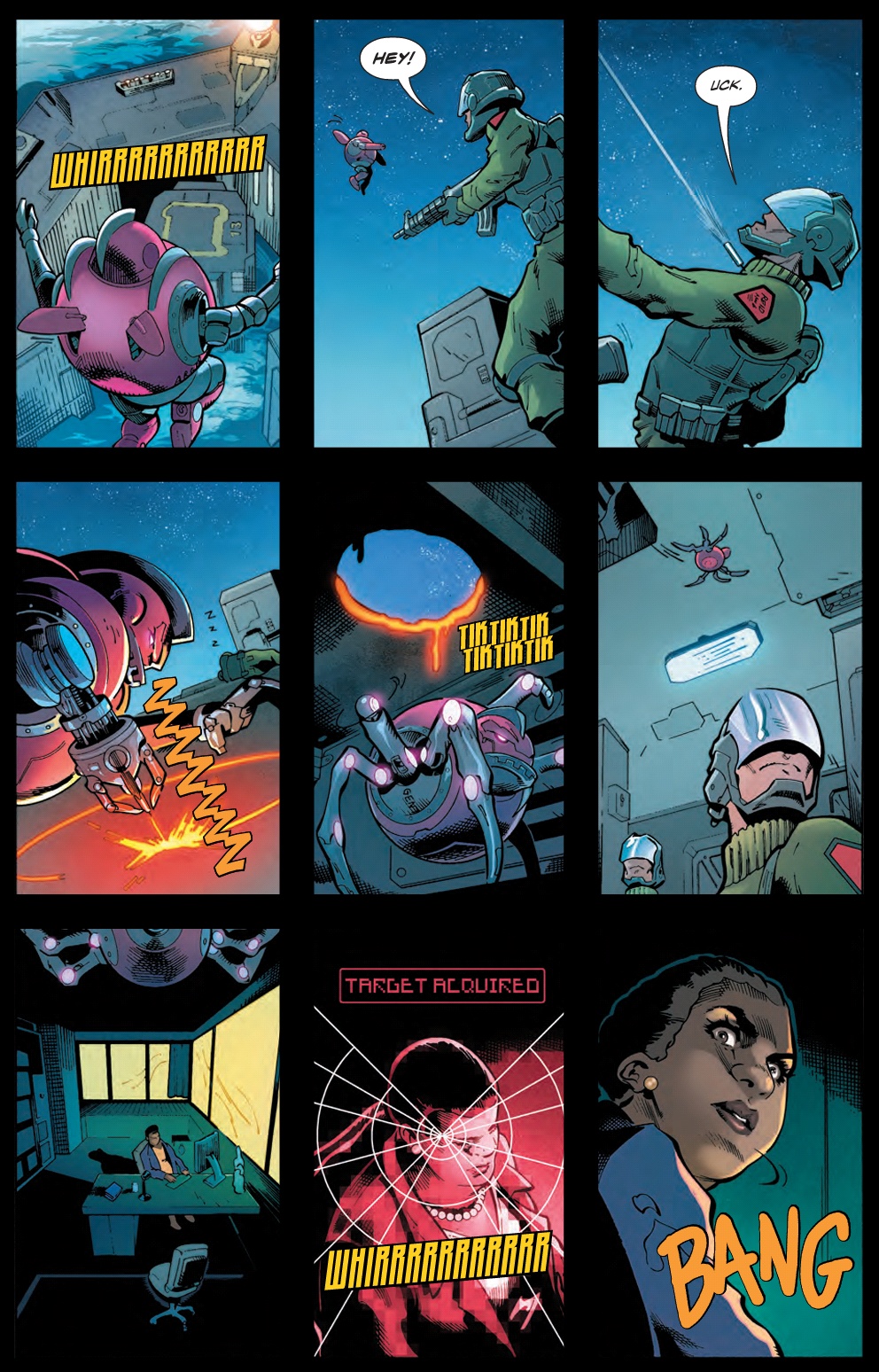 This title has showcased the artistic talents of such luminaries as Jim Lee, John Romita Jr., Stjepan Šejić, and Eddy Barrows. Whilst the writing on the book has been of a consistently strong standard, the art has varied greatly in quality. This issue I was a little disappointed.

Don’t get me wrong. Pencillers Barnaby Bagenda and Wilfred Torres alongside inker Jay Leisten did a competent job, I wish I could draw like them! My main gripe is, while they hold their own in the action scenes, some of the close ups are too sketchy, and cartoony for my tastes. Art is subjective, though. While this hasn’t been my cup of tea, there’s a lot worse out there.

It’s just that – when compared to the talents of some of the A-Listers mentioned above – it’s a really jarring contrast. I am all for breaking in fresh new talent, but preferably in a fresh new book. Thanks to the popularity of Harley Quinn and the publicity of the Suicide Squad movie, this comic is firmly in the public eye. In my humble opinion, this means that it deserves a higher calibre of artwork.

On a more positive note, the color art of Adriano Lucas is, as always, top drawer. He also did a tremendous job on the latest issue of Detective Comics. His versatility is mind-blowing! Looking at the two comics side-by-side, one would never guess that they were colored by the same artist. Great work.

I’m probably a little too fussy, but I do like a certain level of consistency. While I would gladly give Rob Williams’ efforts 10/10 almost every issue, comics must be judged on writing and art. Sadly, one half is far stronger than the other this time around.