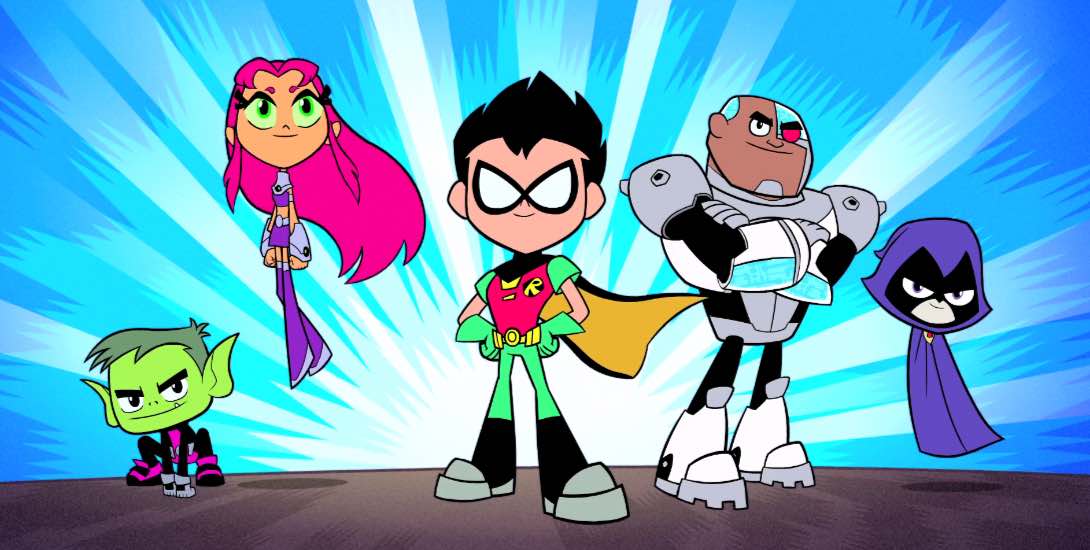 Popular micro series Teen Titans Go! will get their own feature movie.

The feature film was announced this past weekend at New York Comic Con. And now Warner Bros. revealed the full movie title and cast list. As revealed in a motion poster on Twitter, the entire title is Teen Titans Go! To the Movies.

The cast list is not surprisingly comprised of the television show’s cast. The movie will feature Scott Menville as Robin, Greg Cipes as Beast Boy, Khary Payton as Cyborg, Tara Strong as Raven, and Hynden Walch as Starfire. Interestingly, the voice cast also lists Kristen Bell and Will Arnett, although it is unknown what their roles are. While Bell has never dabbled in superhero roles, Arnett is well-known for his role as Batman in the LEGO movies. Is it possible that he is reprising his role as the Dark Knight in Teen Titans Go?