“Panic in the Microverse,” Part Five 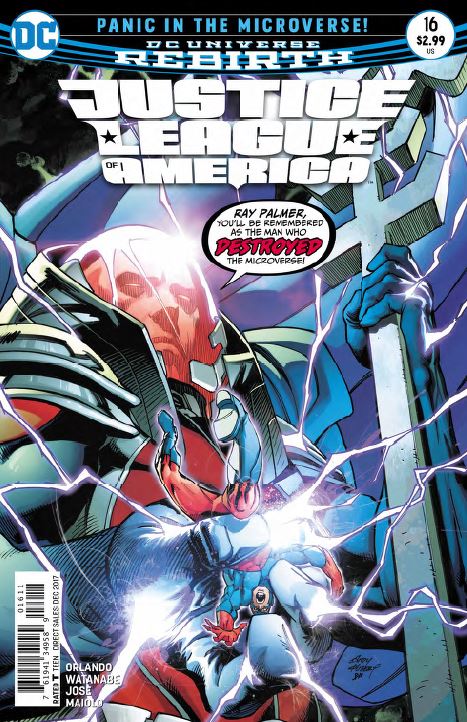 In this issue of Justice League of America, we follow The Atom, Ray Palmer as he travels across the Microverse in search of the Ignition Point causing it’s destruction. We discover the true nature of the mysterious Dr. Aut and that he has his own plans for the Microverse.

The wait is finally over and we are about to enter the final stages of “Panic in the Microverse.” It has been a long build up to get to this point, especially with last issue and this one both being flashbacks.

Unlike last month (you can find my review of Justice League of America #15 here) this issue actually moves the story along. Nothing here is really surprising, though as we have known since Issue #13 that something is up with Dr. Aut. The fact that he is speeding up the process destroying the Microverse and then reveals himself to Ray as a villain called The Null was not unexpected.

But Orlando has managed to make me interested in this arc again, I don’t think it will go down as a classic ‘Crisis’ story but with a strong final issue, it could be an enjoyable read. Steve Orlando hasn’t broken any new ground with this issue, but he has certainly saved the Microverse from being a total dud.

Ivan Reis is away again so Felipe Watanabe’s is still on flashback duty. His artwork feels a little rushed in some areas, but the fight between The Atom and Dr. Aut (now revealed as The Null) is the high point. The use of the environment during the fight is very cool and seeing the Microverse in the background throughout the issue adds some extra style to the proceedings. 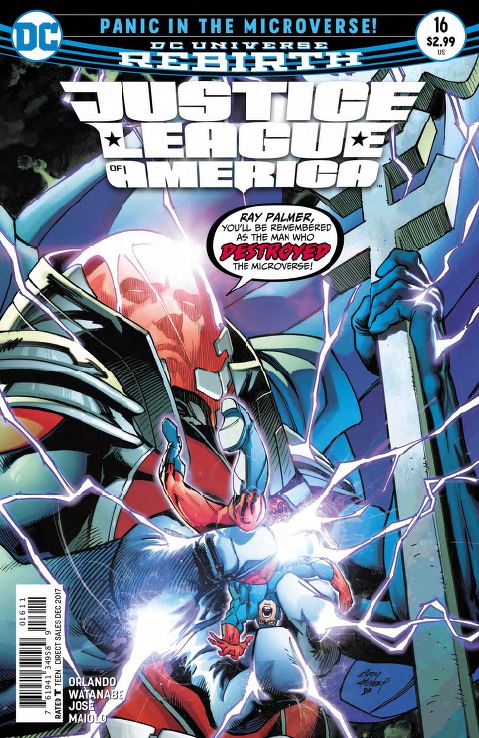 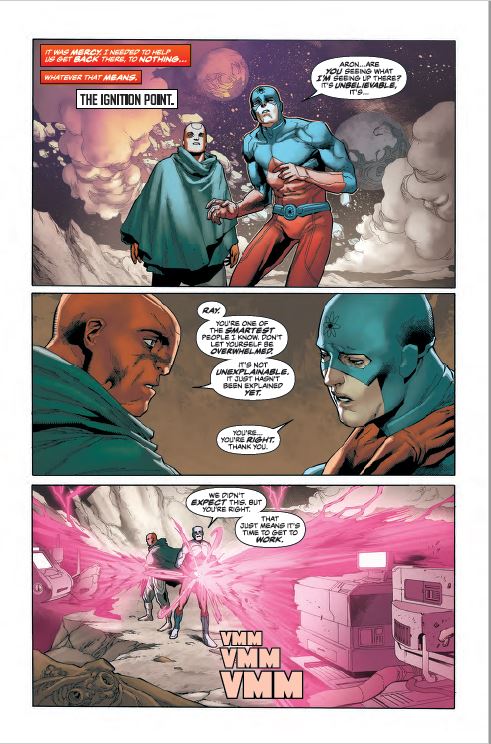 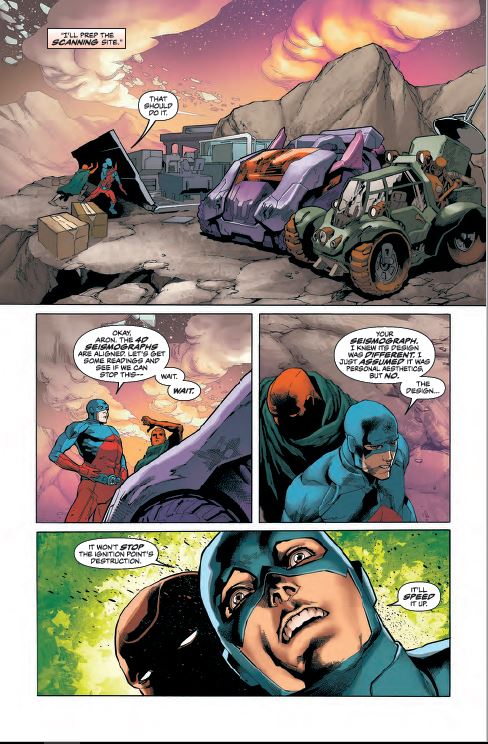 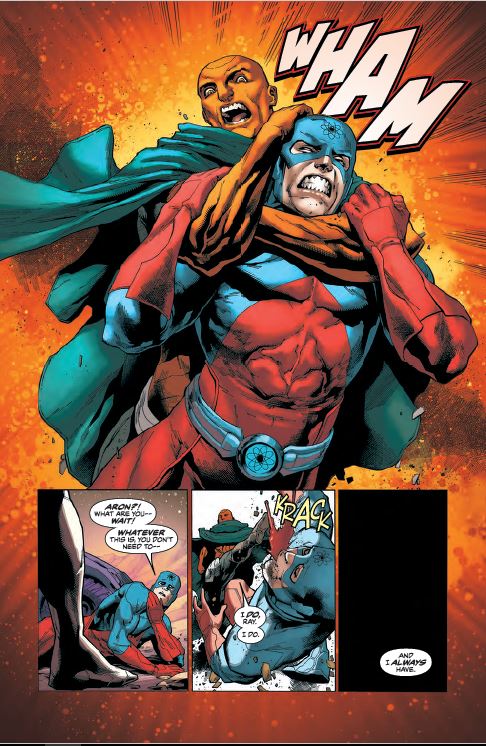 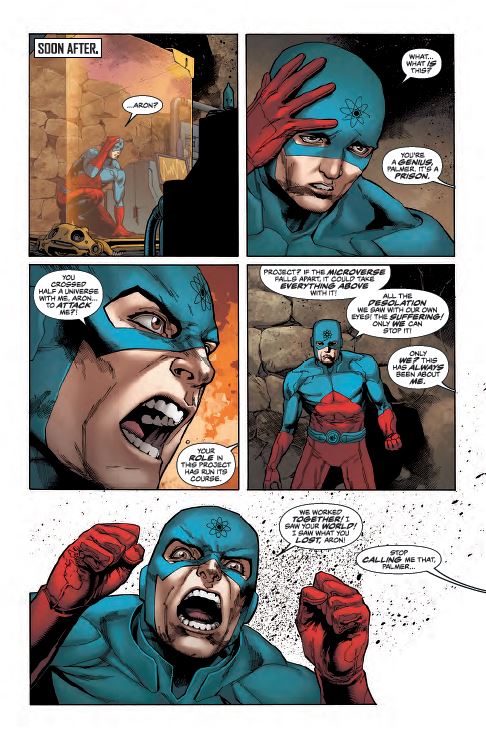 The issue is a great Ray Palmer story. His argument with Dr. Aut / The Null being based upon scientific theory shows a little of Ray’s ego coming through as he constantly tries to make Aut see that his conclusions are incorrect. Using the fail safe that he built into the bio-belt is a great moment, it is a very ‘Ray’ thing to do and all of this shows us that Orlando gets the character of Ray Palmer.

This is a solid issue and It is great to see Ray back doing his whole ‘Atom’ thing.

The story has finally picked up the pace and feels like it is going somewhere. It’s built nicely on last month but it all feels a little padded and stretched out, both parts could have easily just been a single issue.

With the flashback portion of the story finally done, it is about time we catch up with the rest of Justice League of America, after all that is the name of the book.